Each semester our local homeschool group plans a day for the kids to have a craft fair where they can sell their creations to other kids and their families.  It is a really fun day that the kids really look forward to.  It is also a great opportunity to teach the kids about how to price their items to make a profit, how to display their items to get attention, and to experience supply and demand first hand. 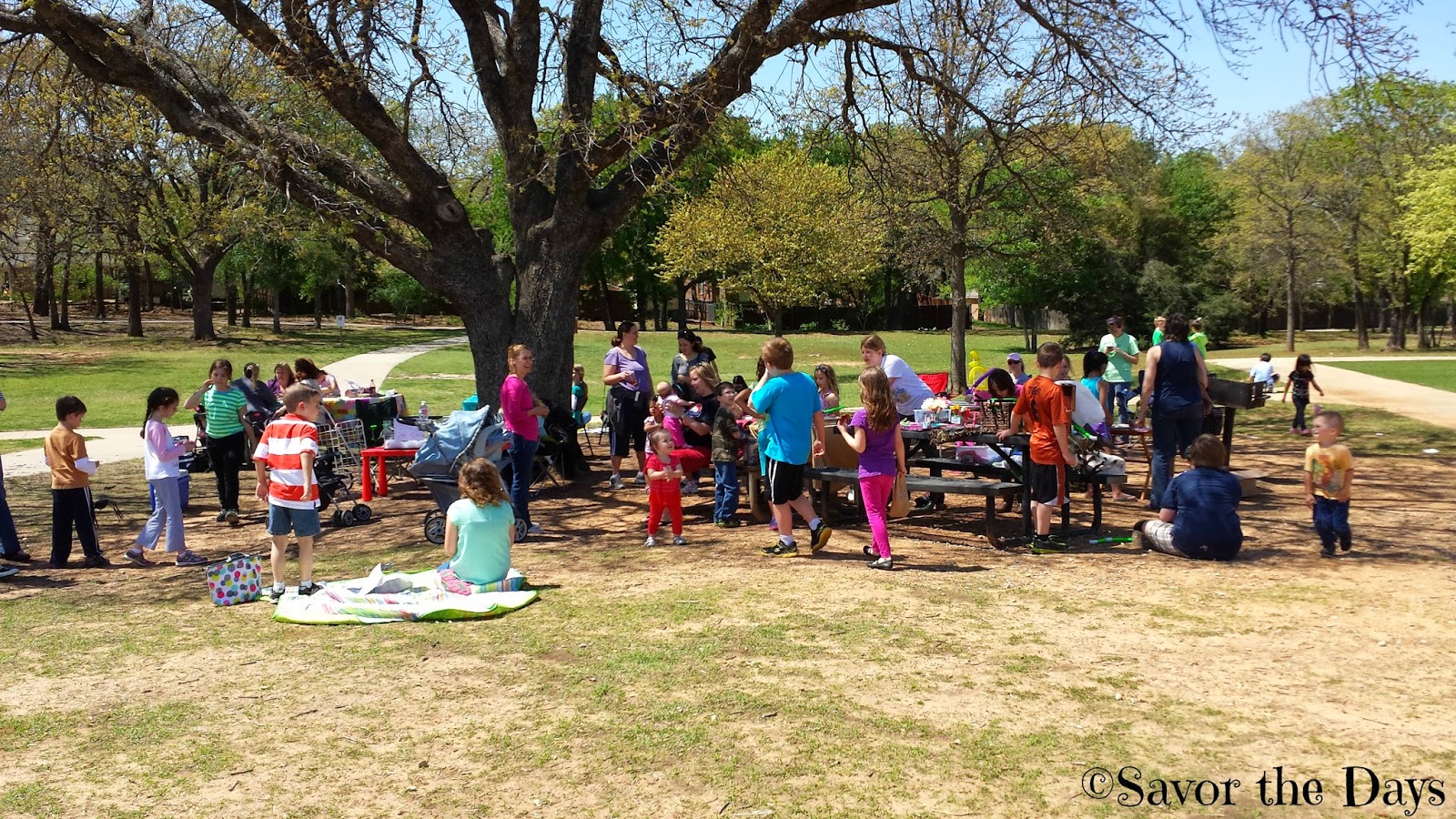 Nicholas decided to make balloon animals and swords for his craft.  I'm not being partial when I say that he had more sales than any other kid.  I think everyone bought at least one of his creations.  He was great at talking with the kids about what they wanted then he completely made the item by himself and completed the sale.  He even decided that if a little kid popped their balloon then he would make them another one for free. 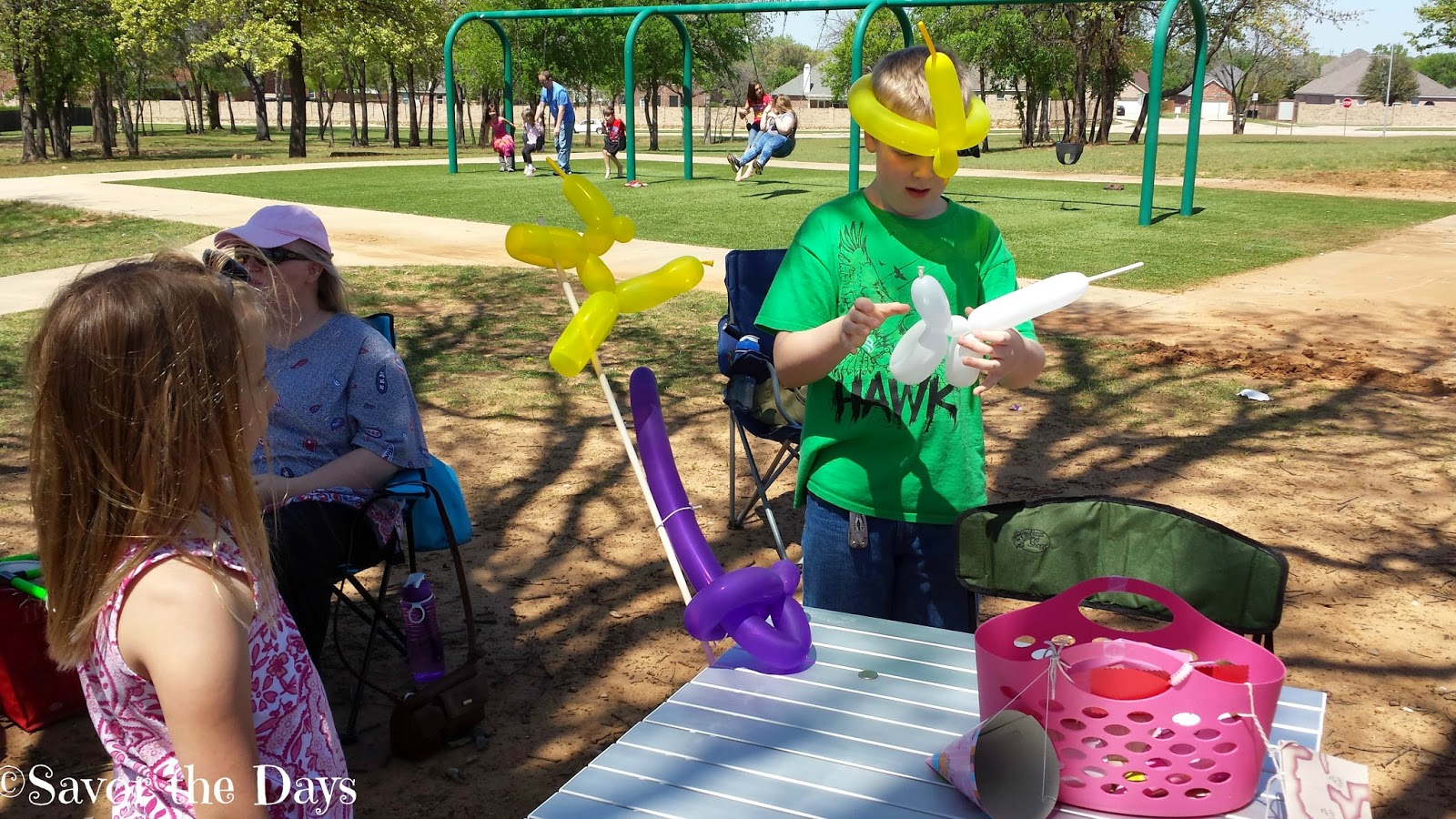 Rachel didn't make anything to sell but at the last minute she grabbed some items from my party supply box that she raided yesterday and decided to sell those.  No, they weren't craft items but nobody complained.  She actually made a few sales of her pirate maps, Hello Kitty party hats, and some purple jewels. 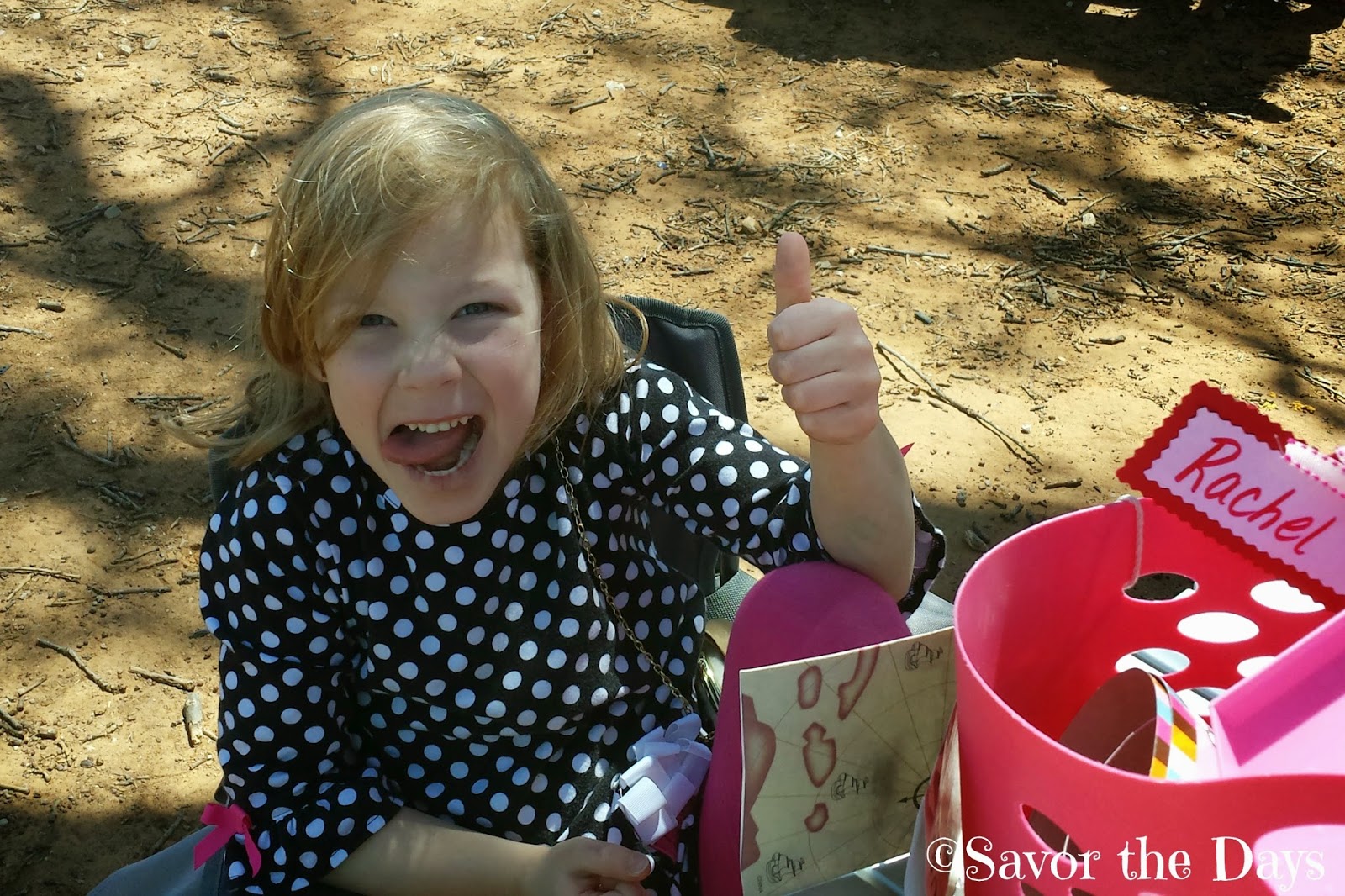 I always enjoy walking around to see what the other kids are selling.  This little girl offered to teach you how to crochet for 25 cents or paint your nails for 20 cents.  She also sold some candy, raw honey and natural peanut butter. 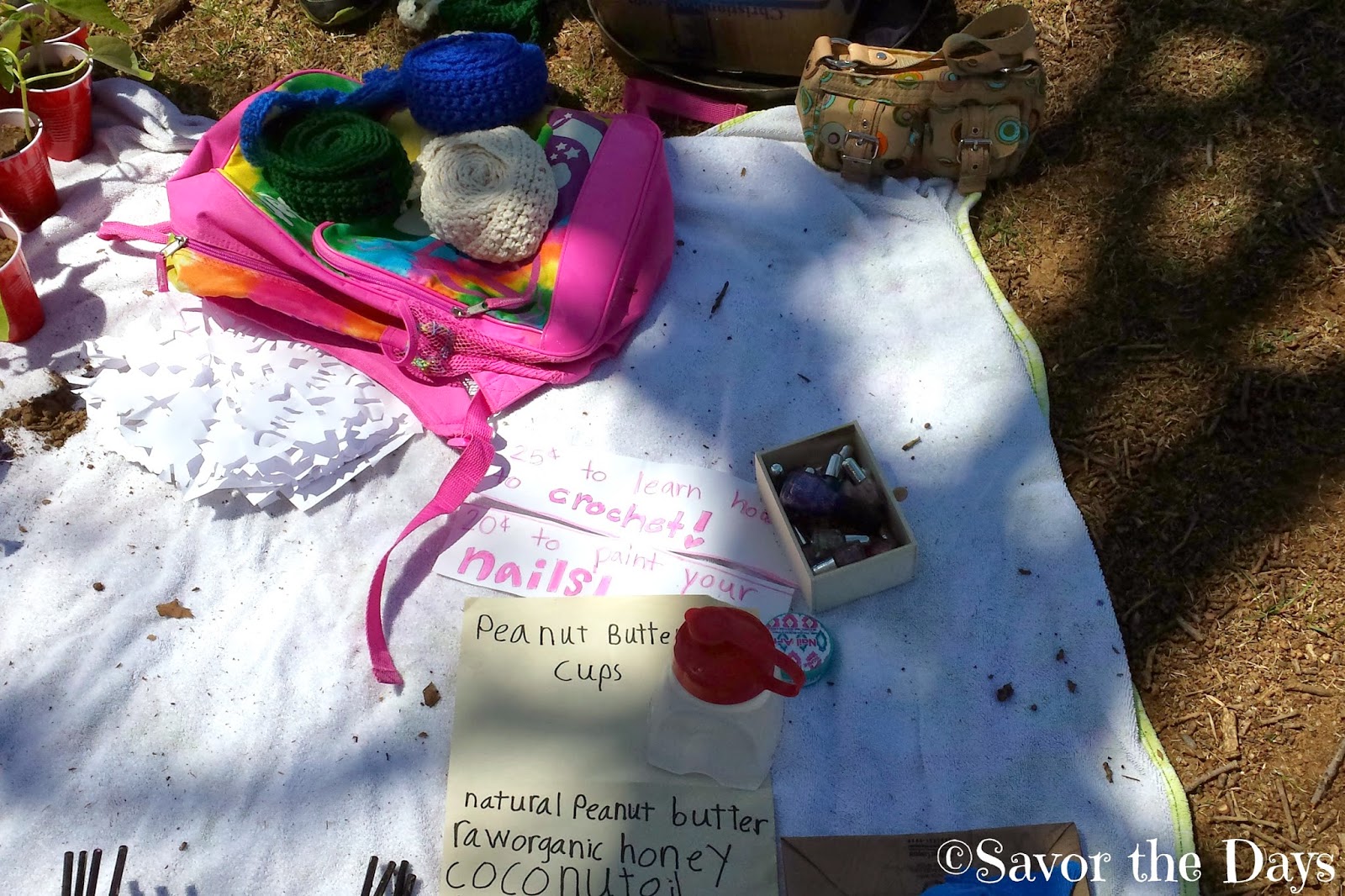 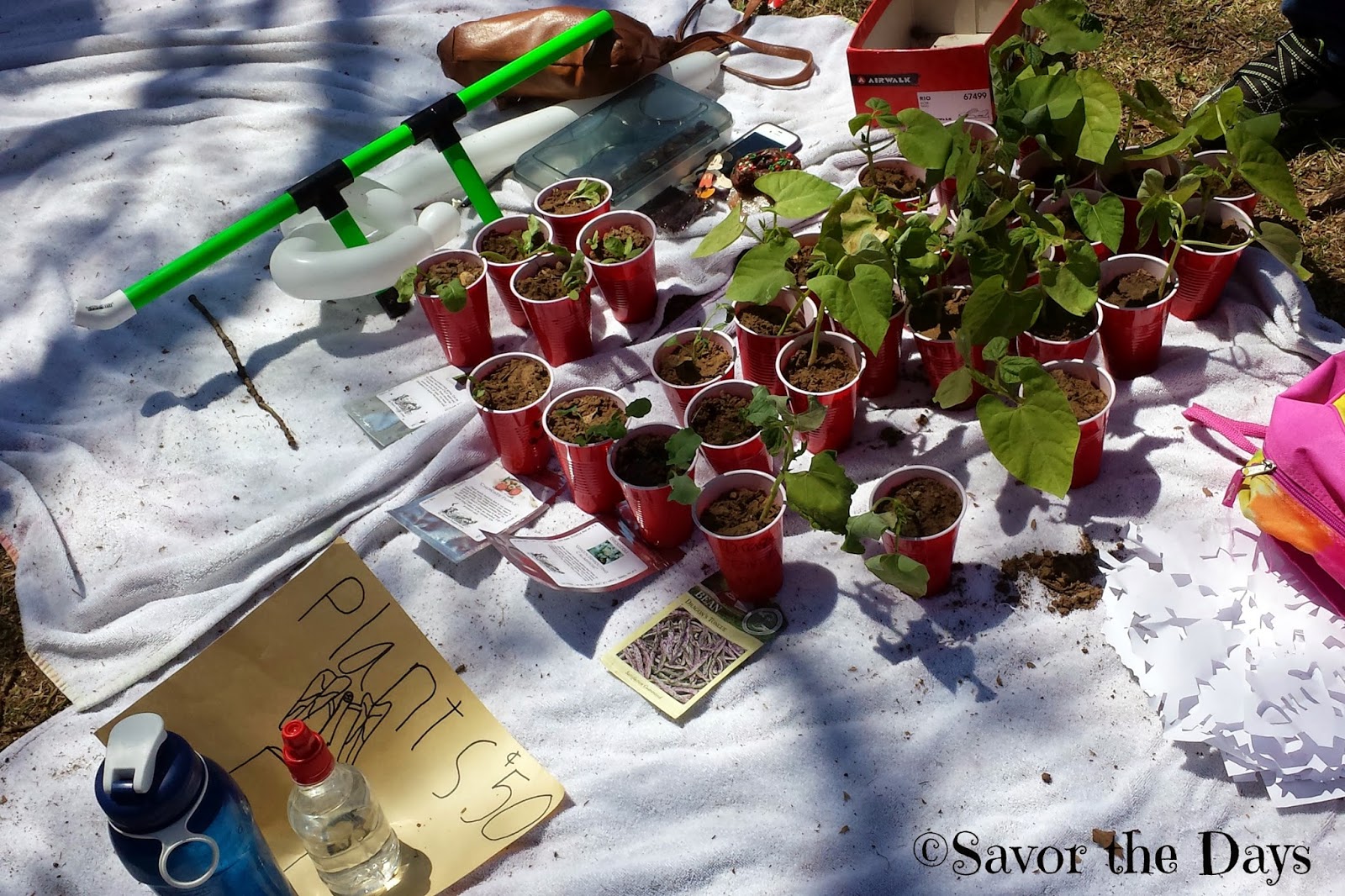 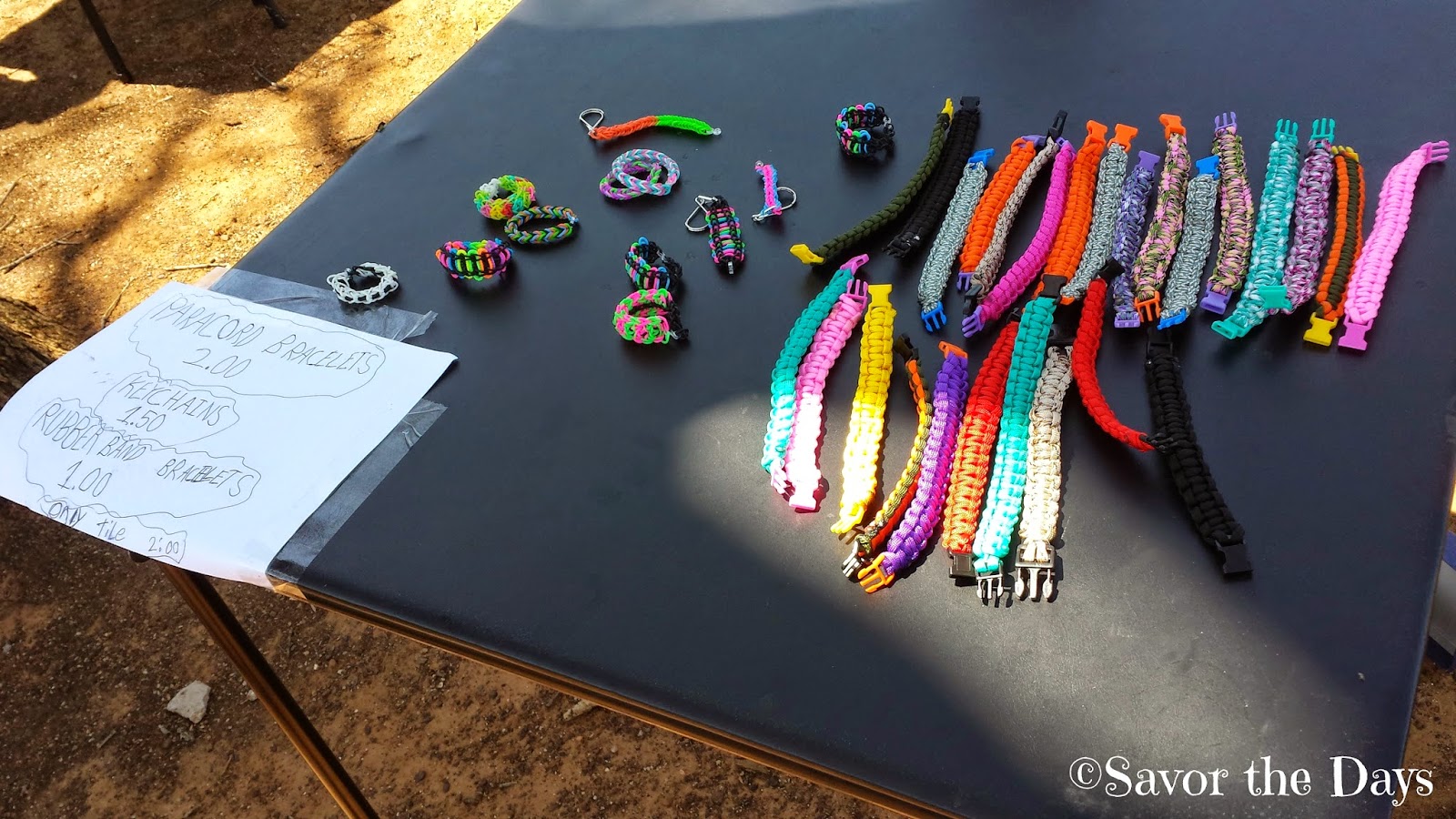 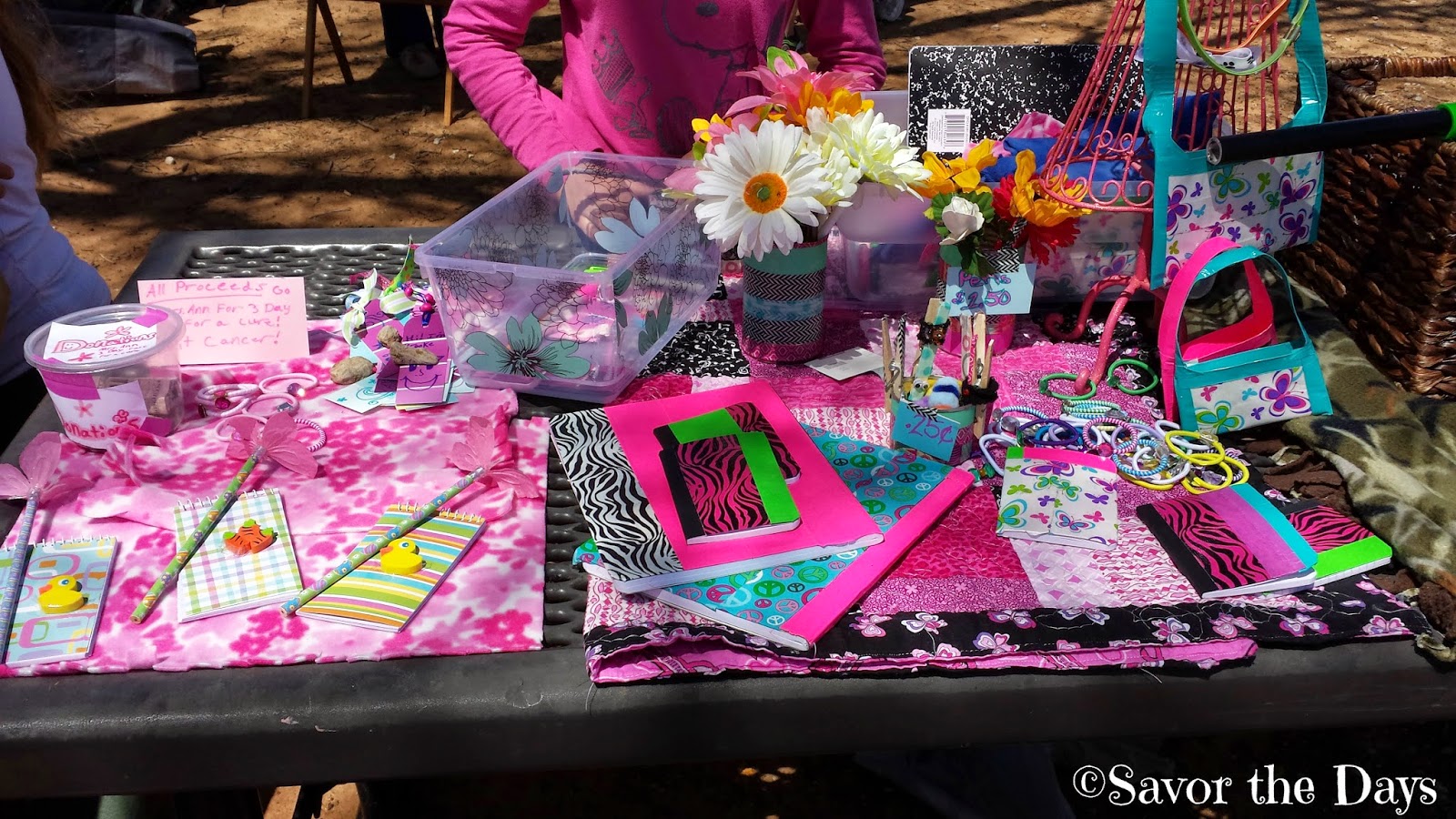 Ah, my daughter's favorite stop...cupcakes and doughnuts for 50 cents. 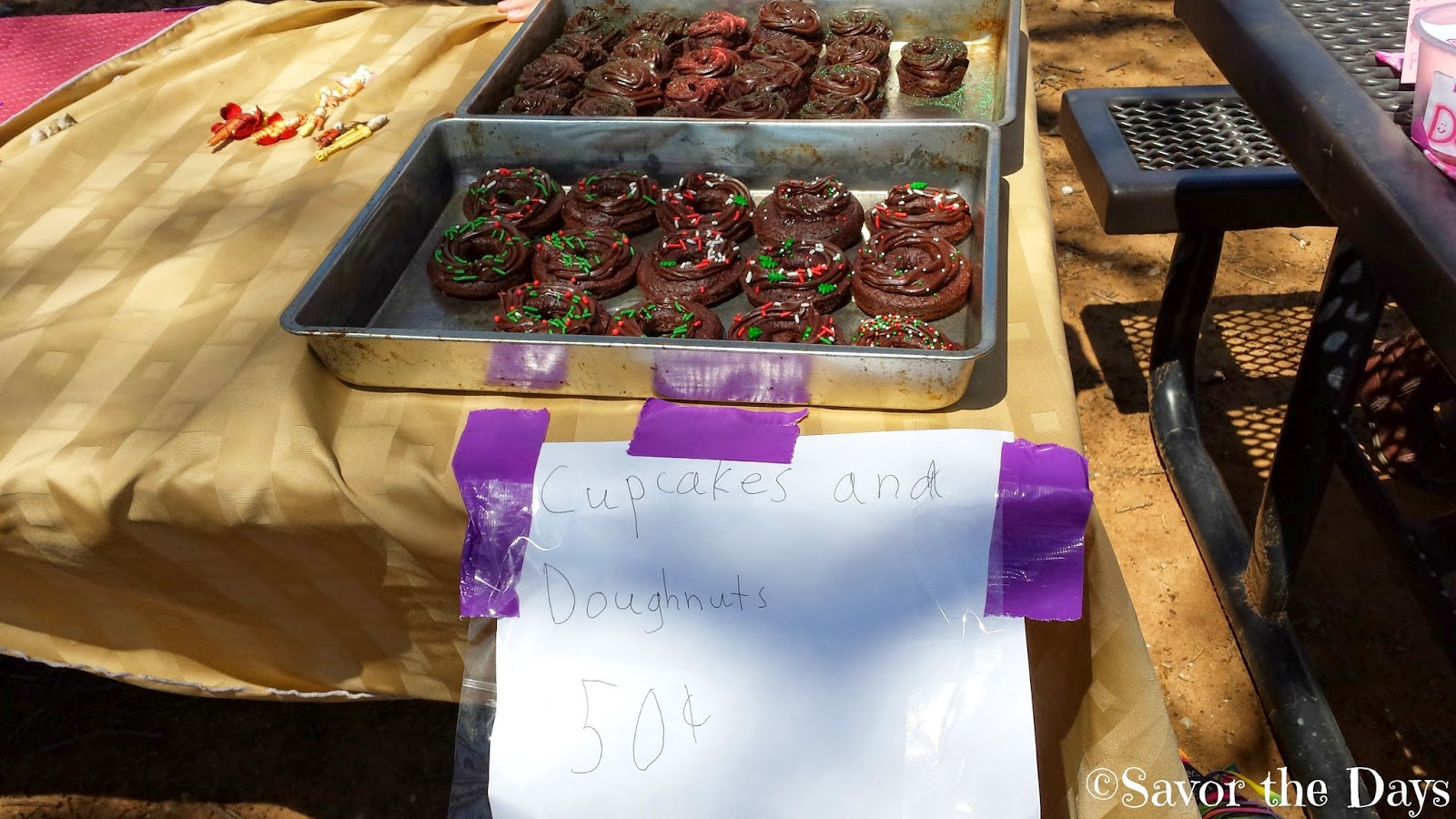 This next item would have gotten my vote for most creative (if we voted).  It was simply a terranium filled with smiley faced rocks and he sold them as "Pet Rocks" for a quarter each.  They were a big hit with the kids. 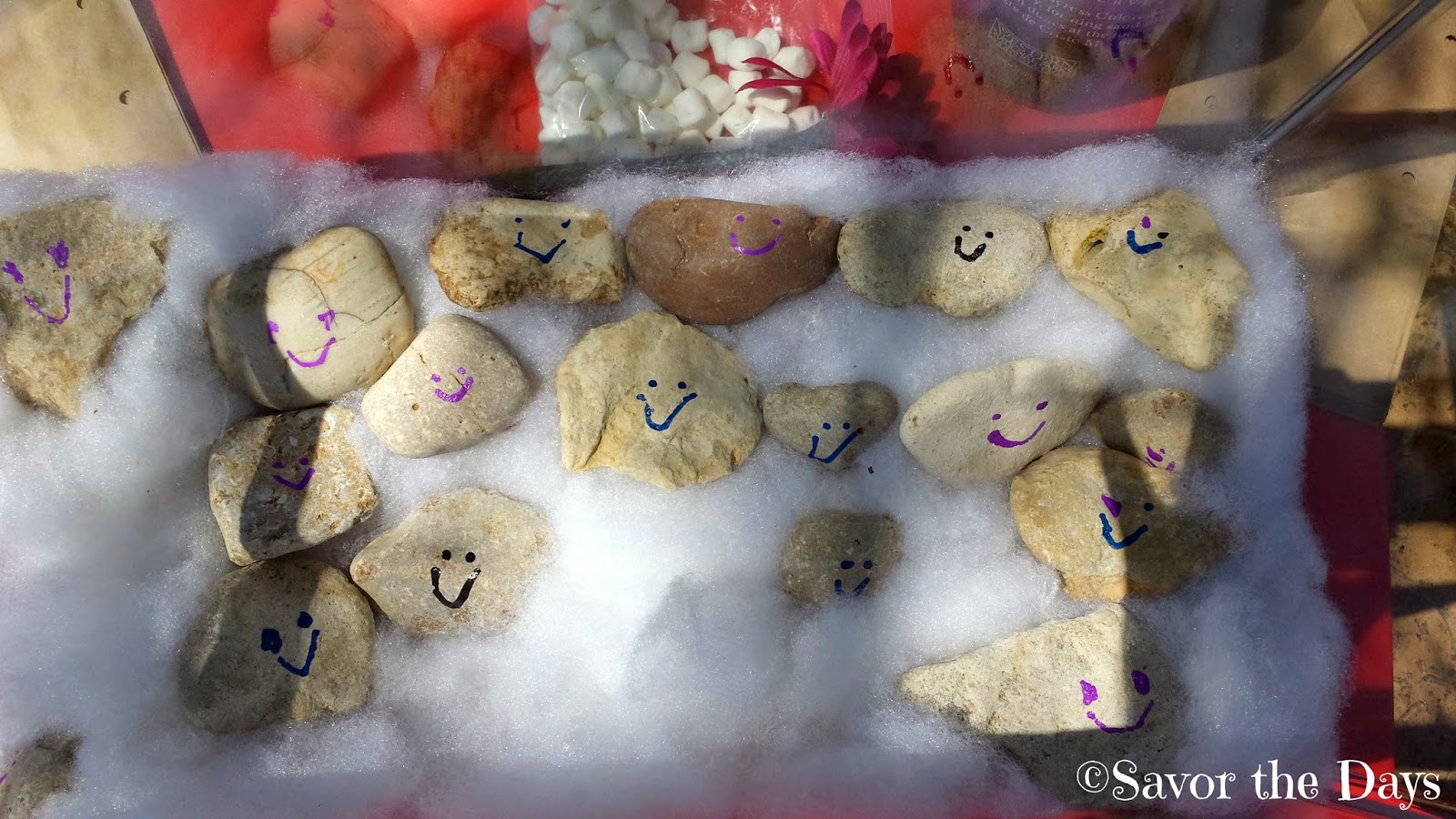 Nicholas spent some of his profits to buy this marshmallow blow gun made out of PVC pipe and tape. 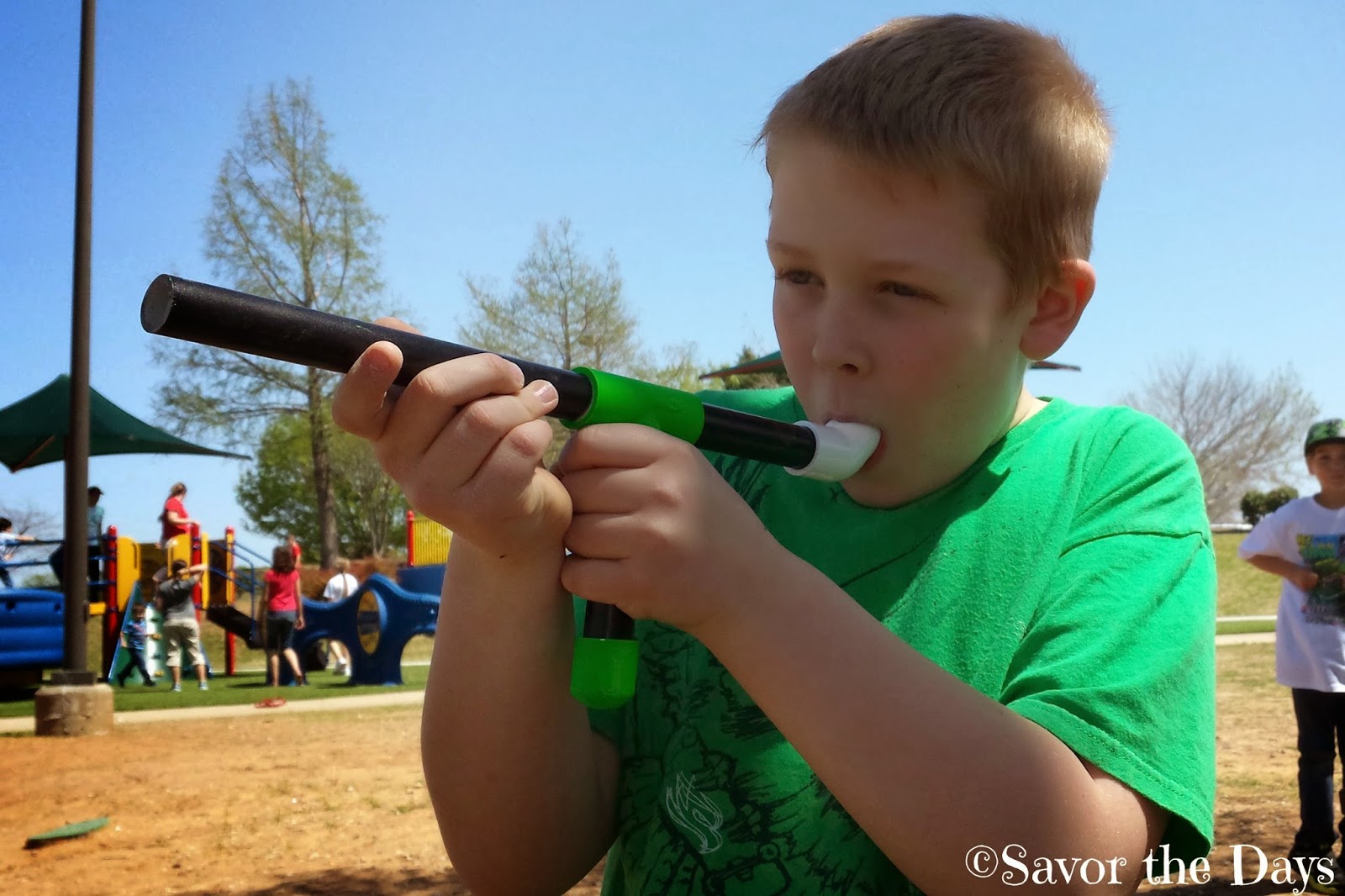 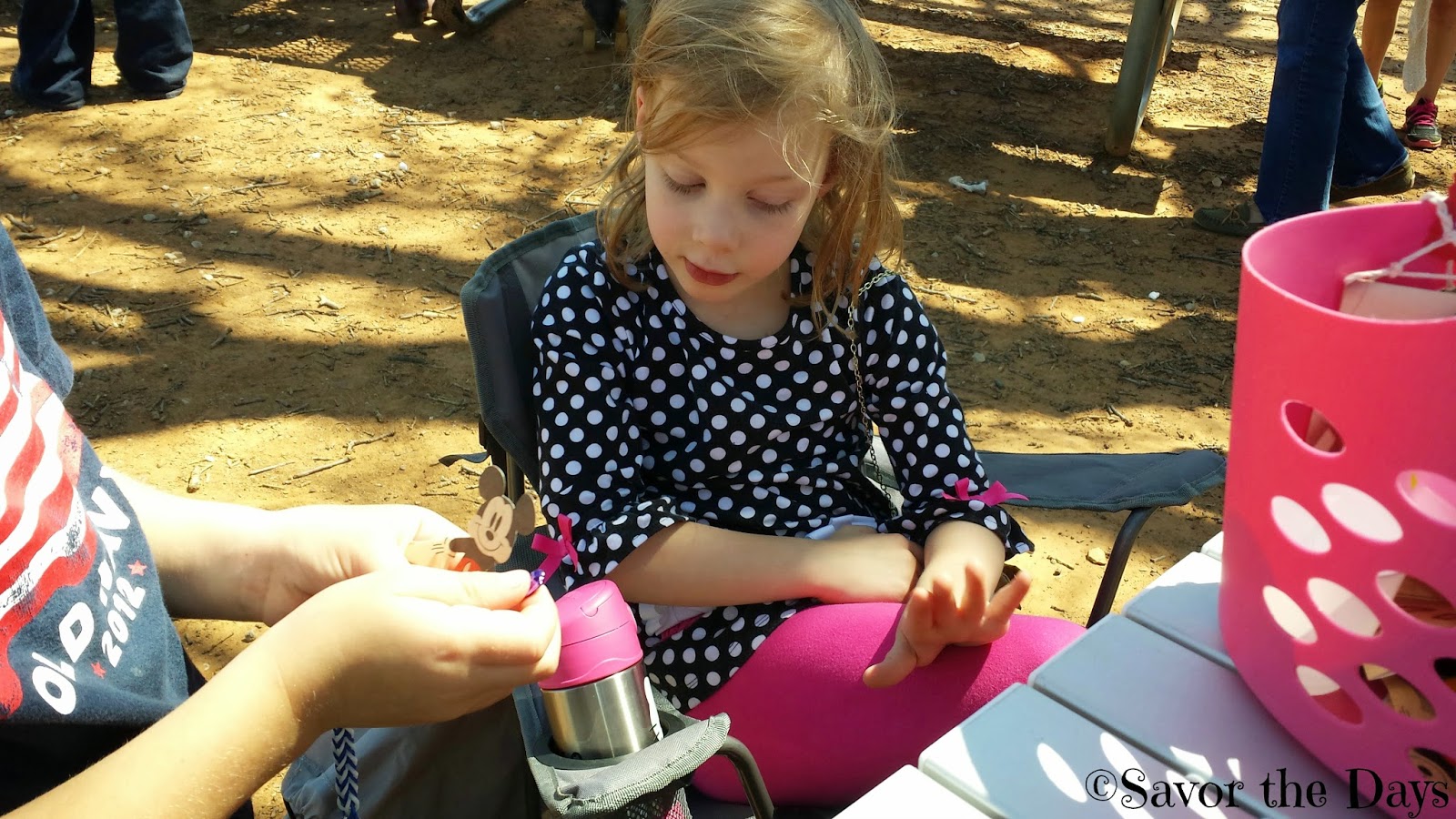 But she was also happy to spend her money on her own pet rock. 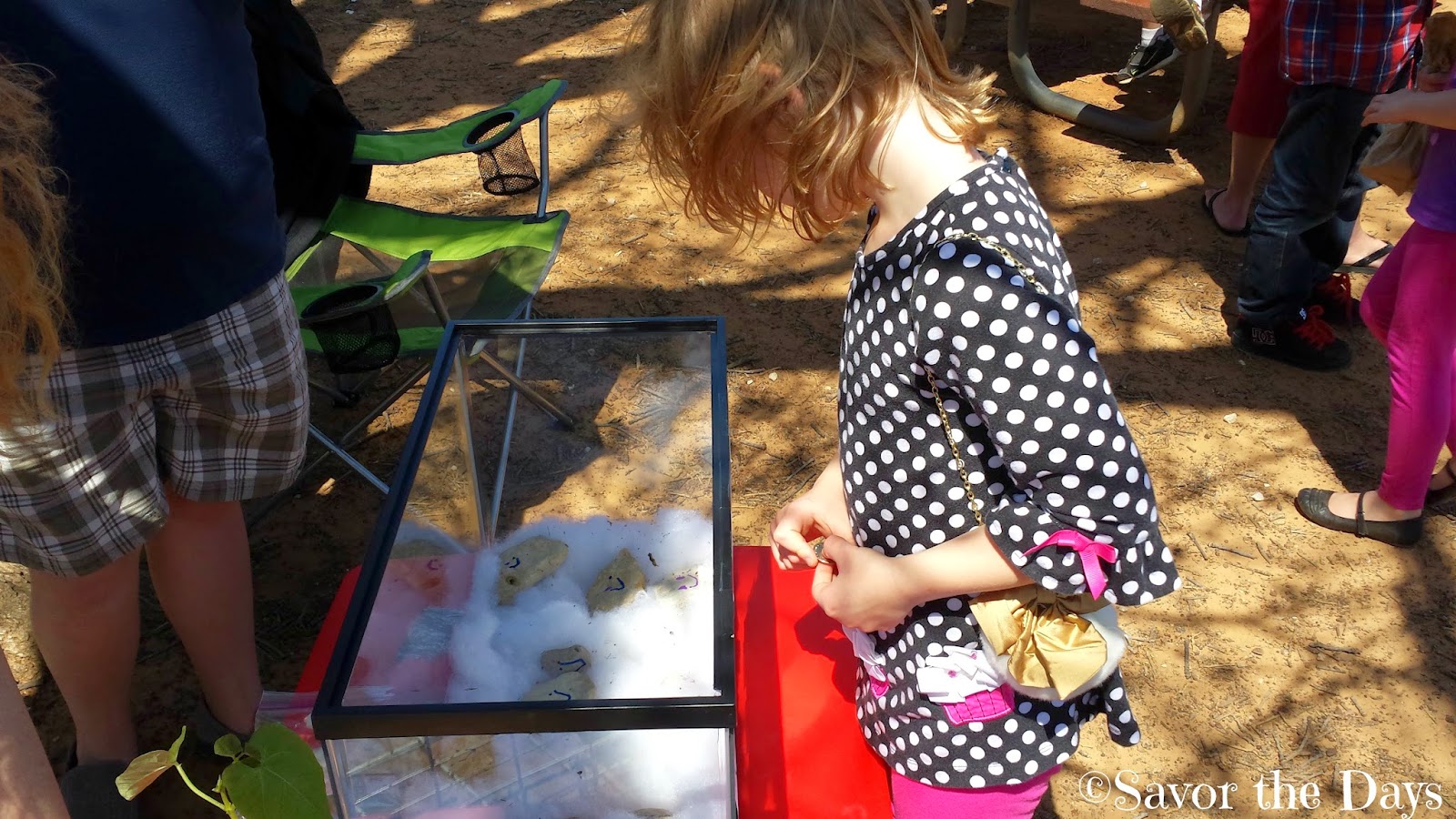 But Nicholas continued to get called back to his table to make more balloon creations.  He loved it!  All the kids were running around with his balloon swords and swatting them at each other.  It was so much fun! 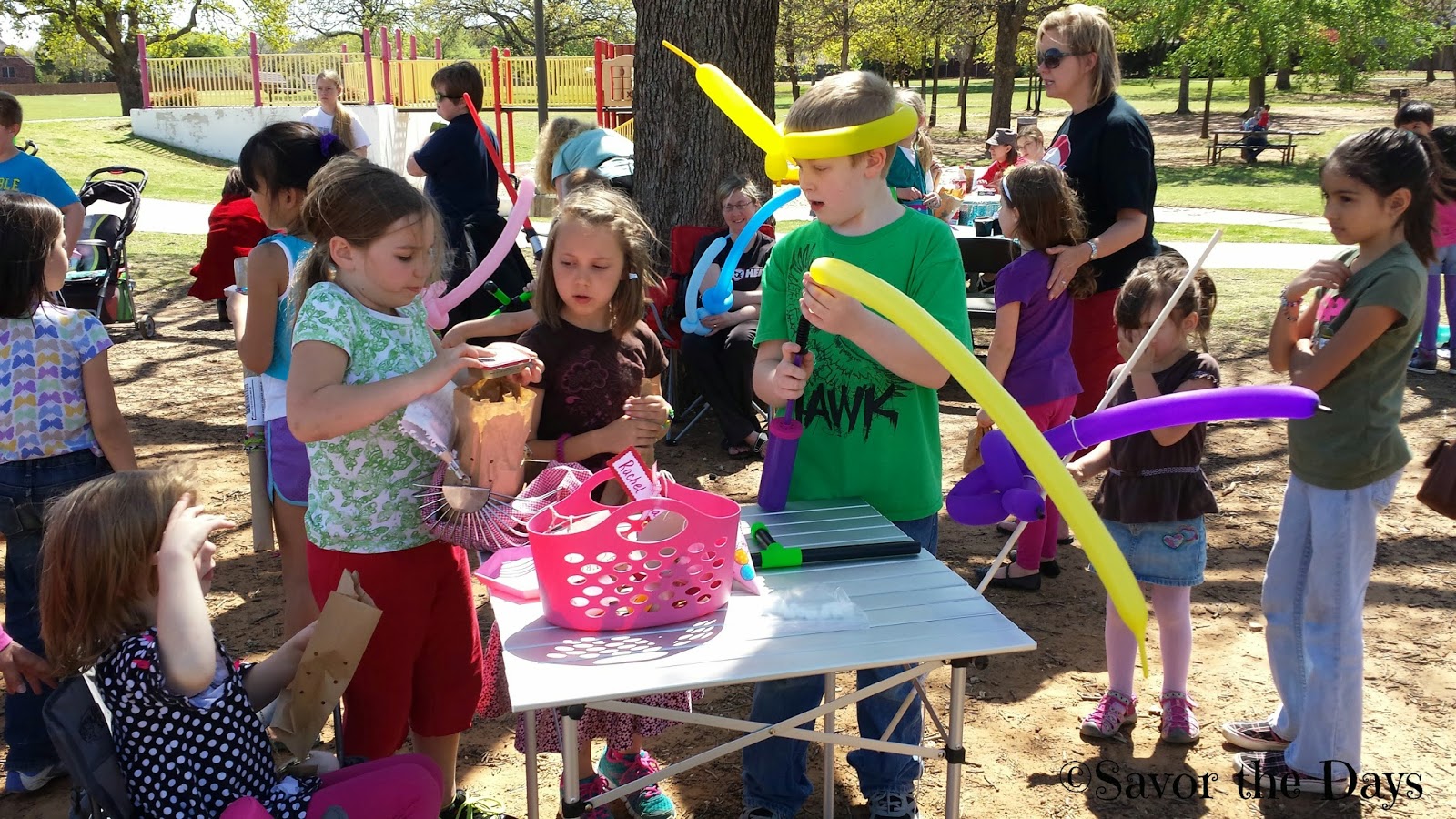