After the kids let me take their pictures in the Bluebonnets at Grapevine Lake, they begged to go down to the beach area to explore. 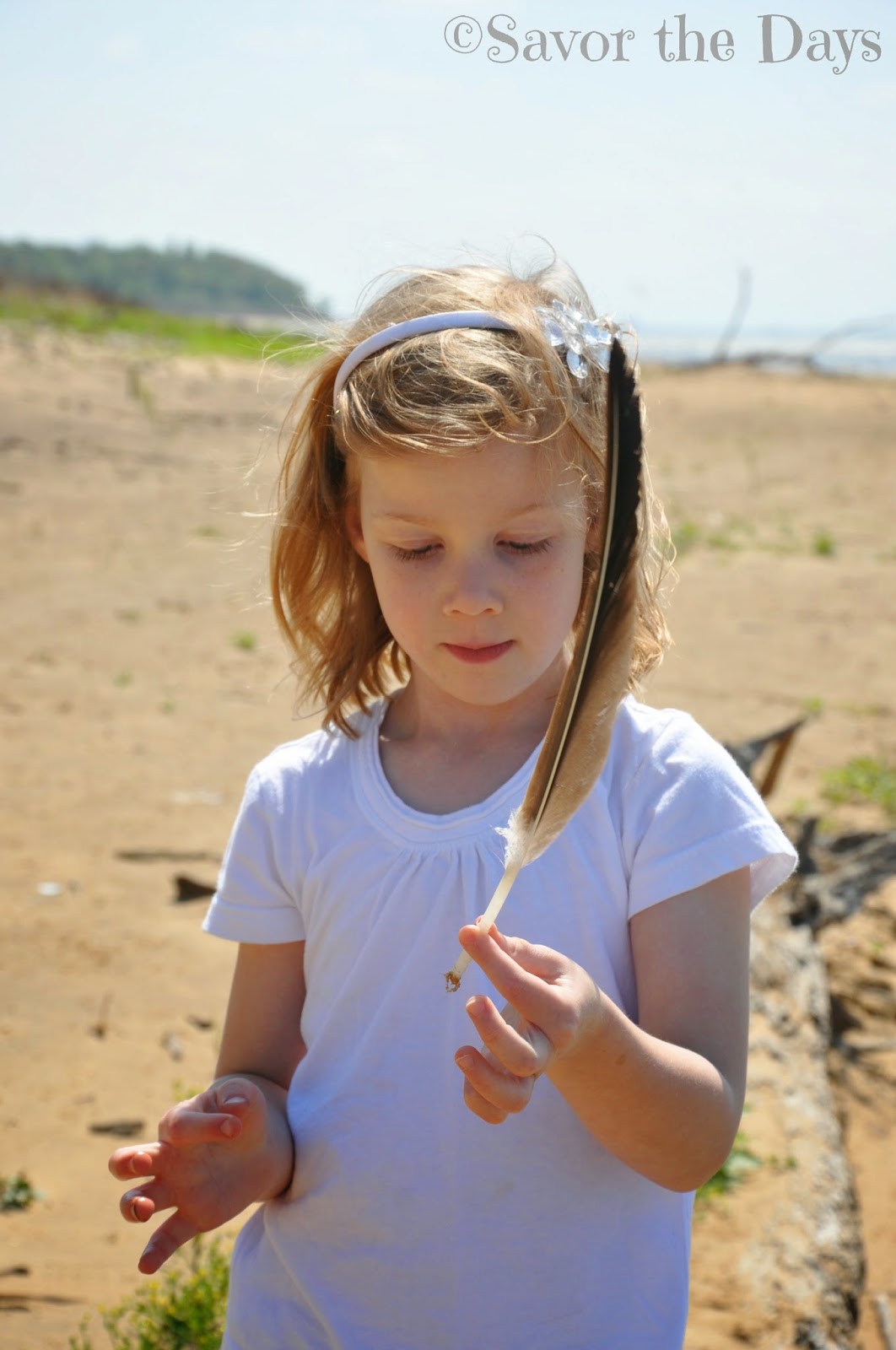 We talked about how it looked like the kind of feather we had read about the early American colonists using as quill writing pens (we'll even be making quill pens on our own soon!).  She got excited and started pretending to write on the beach. 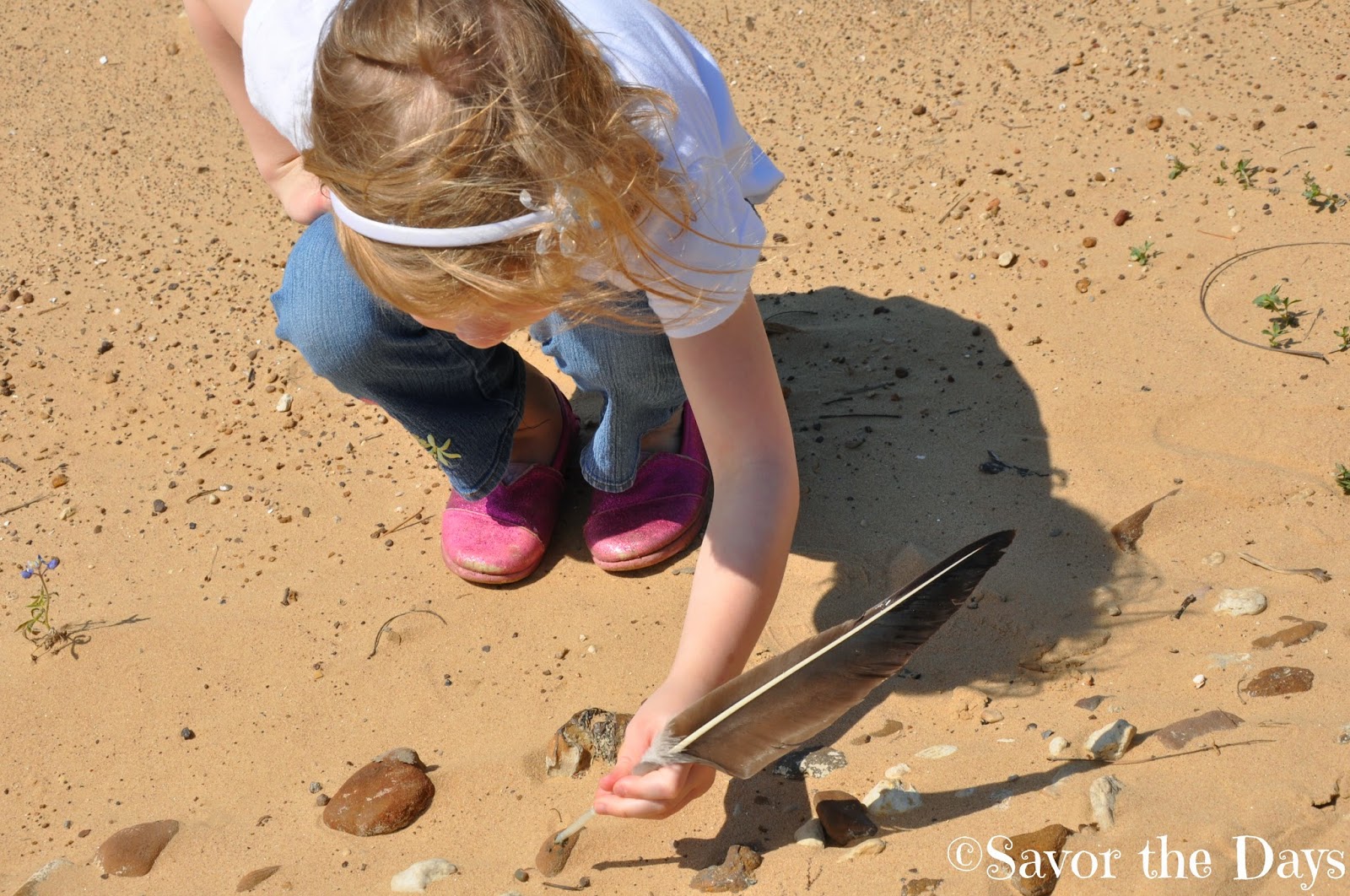 She ran over to the water's edge and begged me to let her take her shoes off so she could feel the water. 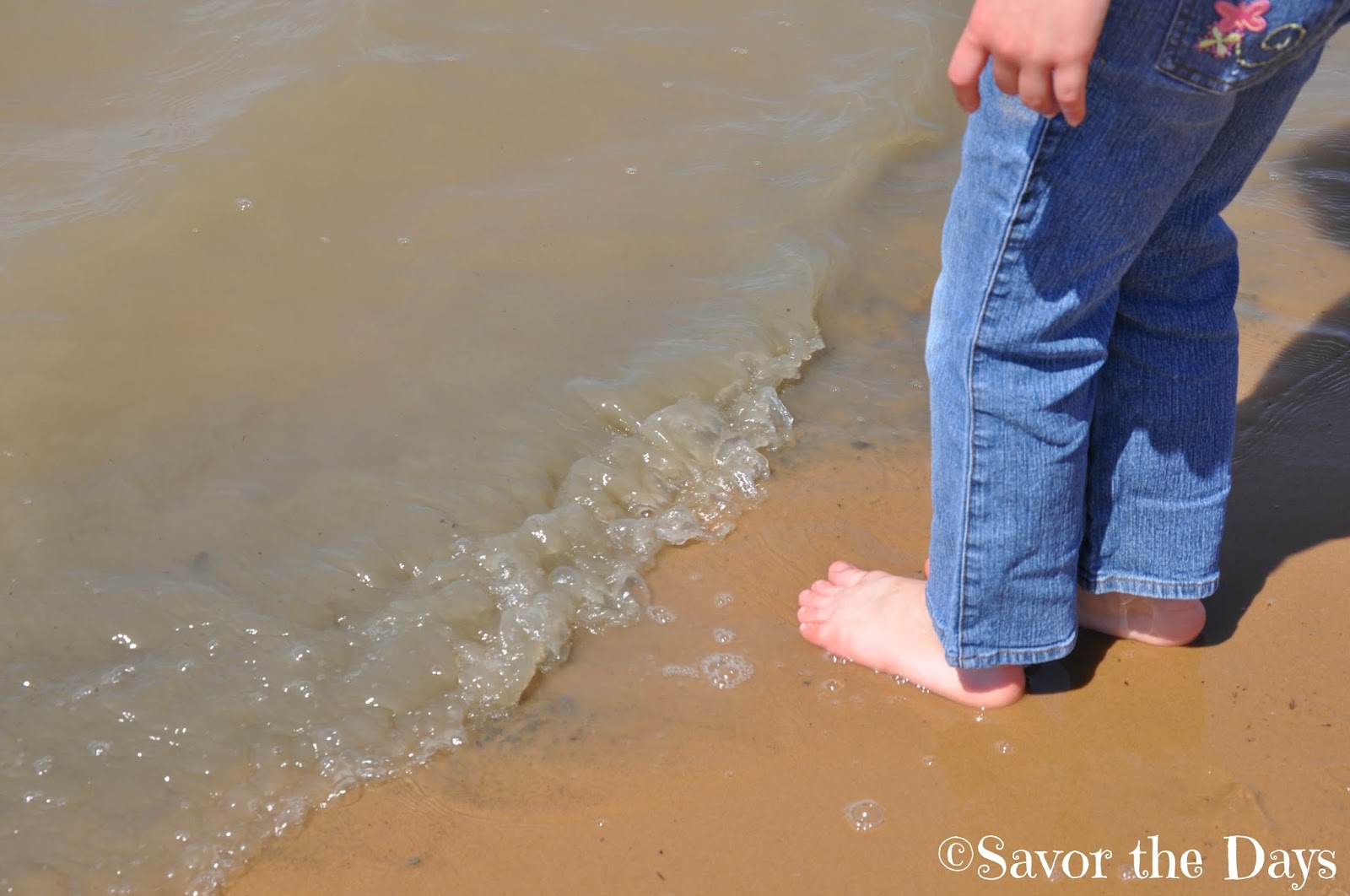 She giggled and squealed as the little waves tickled her feet. 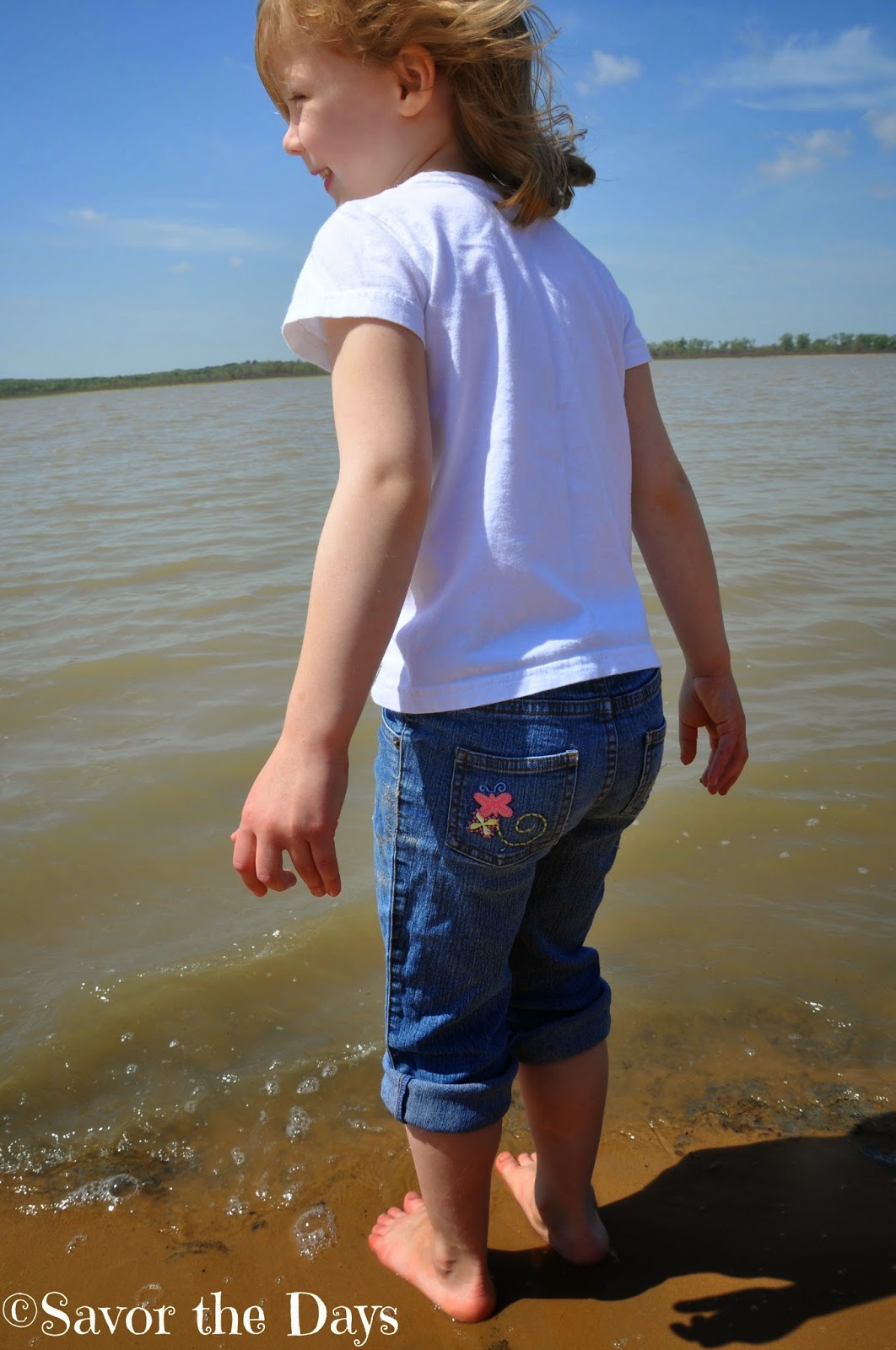 Surprisingly, Nicholas wasn't trying to get wet or dirty yet.  He was busy studying things like little tide pools, digging down into the sand to find the groundwater line, and of course, looking at bugs. 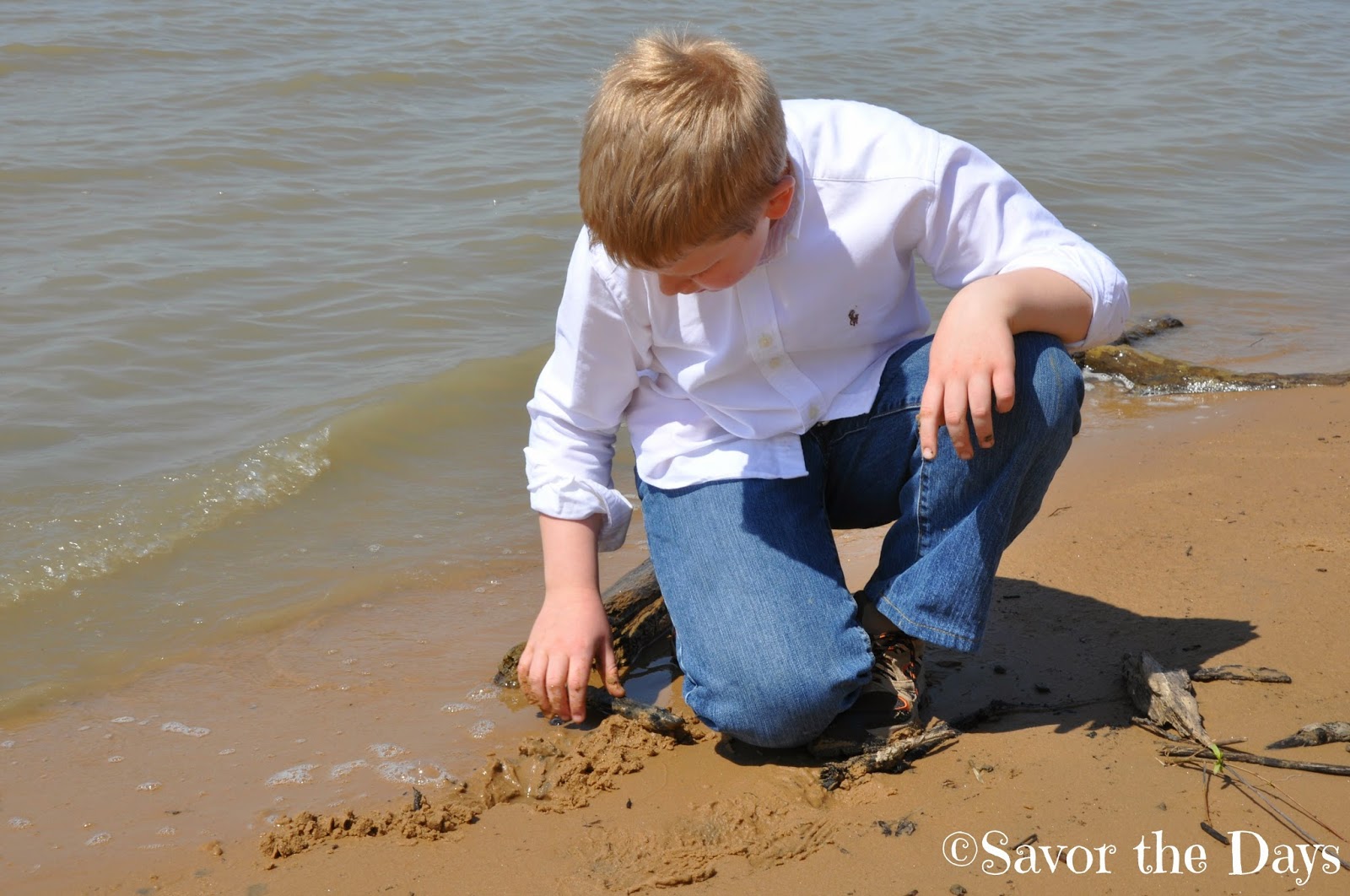 It's always fun to watch Rachel get excited at things that Nicholas and I don't think twice about anymore like when she saw a boat out in the distance. 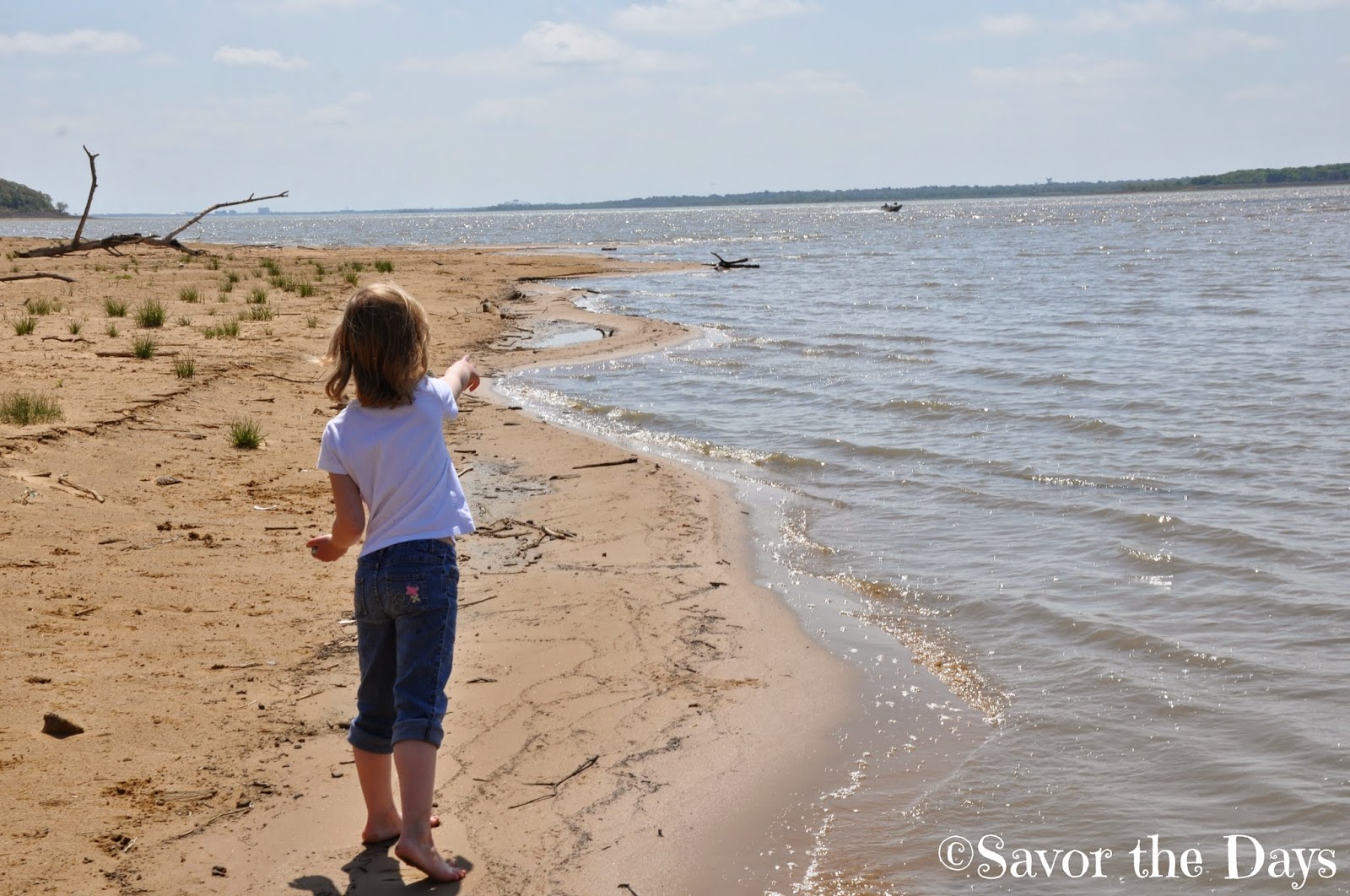 Rachel was so happy just exploring along the beach on her own.  Of course, I stayed a short distance behind her and would talk to her about things she saw or found but I wanted to let her explore at her own pace and just see what she discovered. 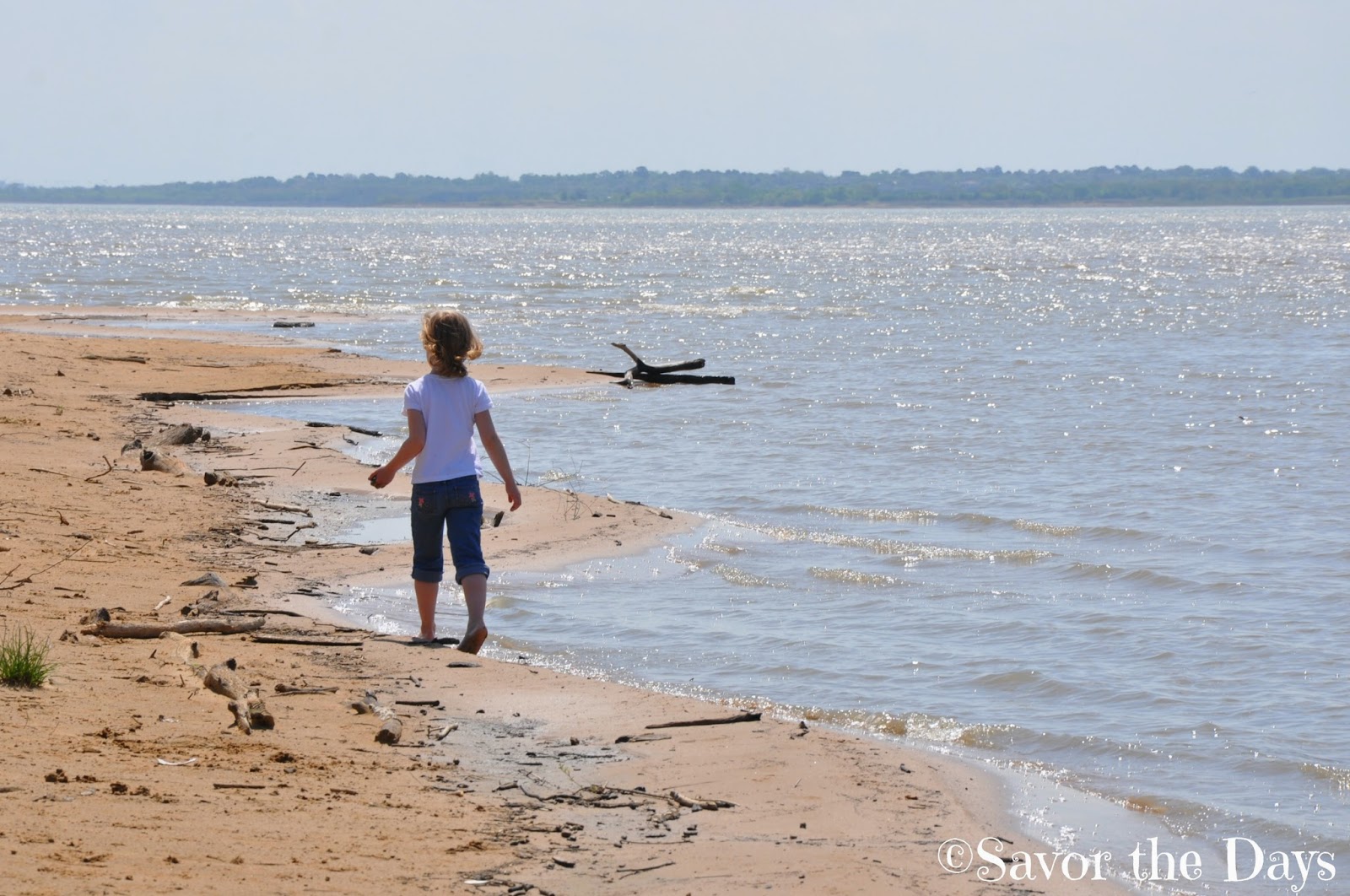 "Look!  I found a little pond!"  We studied tide pools last year as we read Pagoo

by Holling C. Holling, an amazing book for kids to learn about sea life.  I'm always so happy when they show me they actually remember what I taught them :) 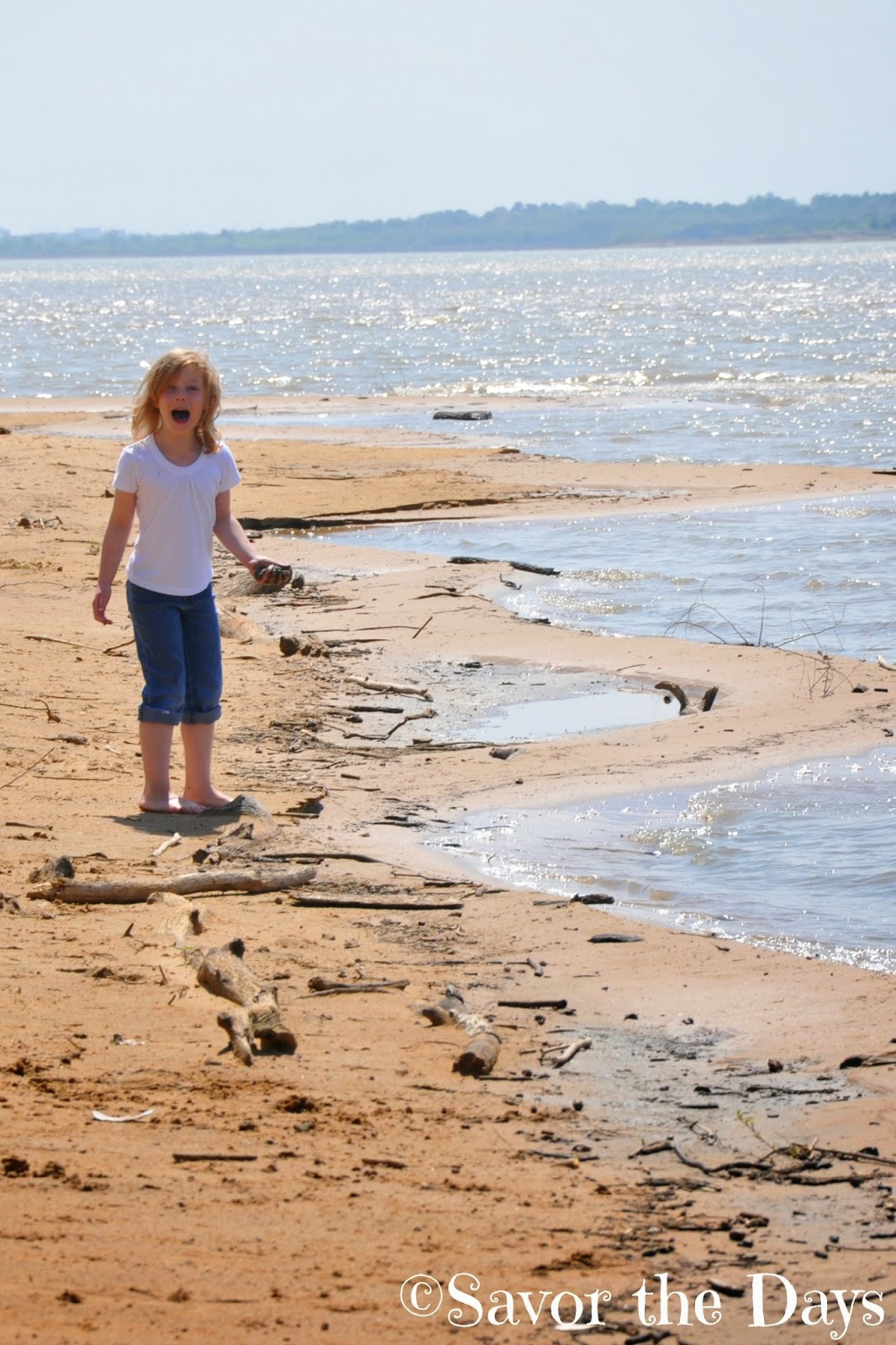 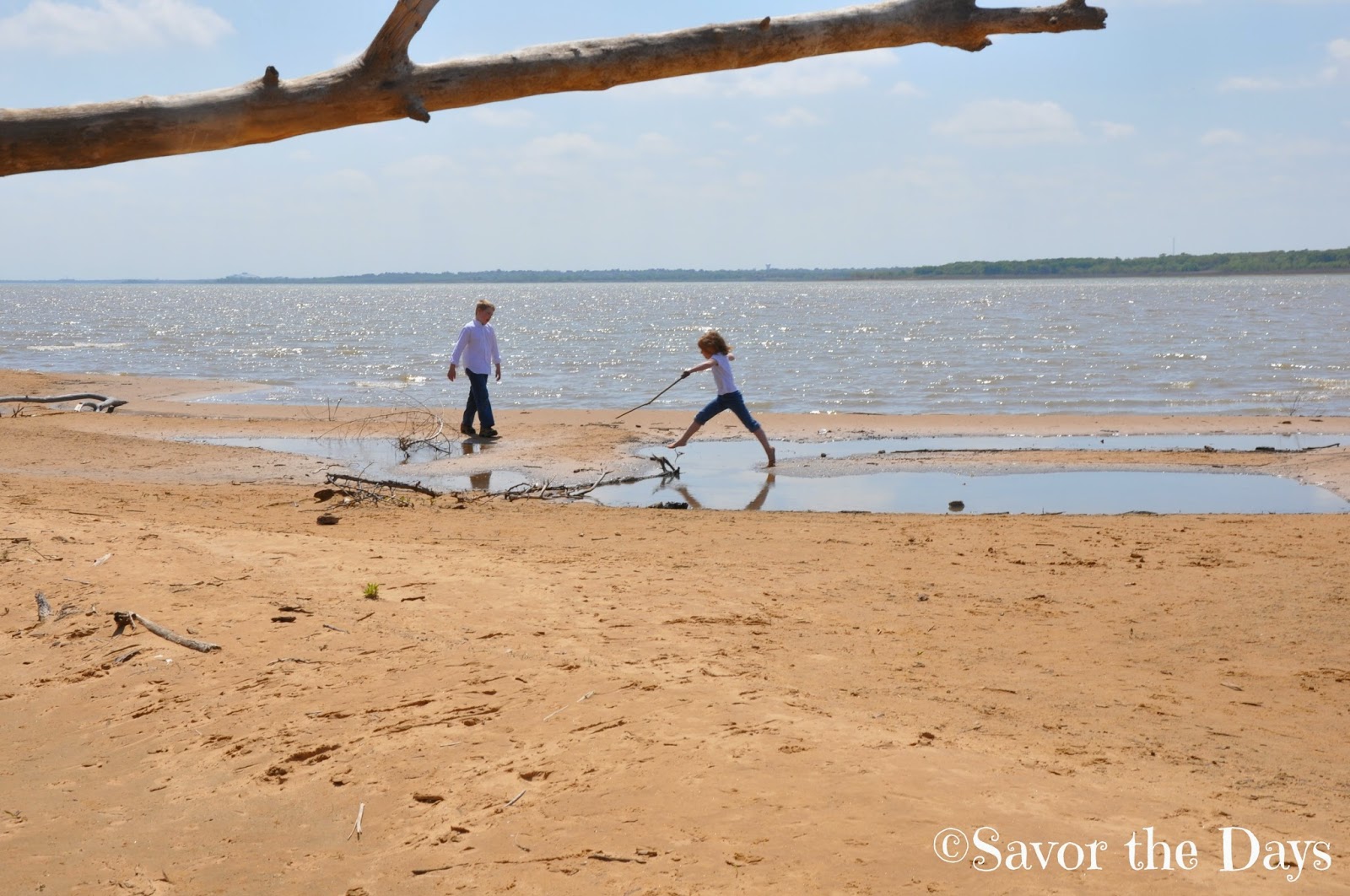 Rachel found this little tuft of feathers.  I asked her why she thought there was a clump of feathers and she said, "Something tried to eat a bird".  Perfect answer. 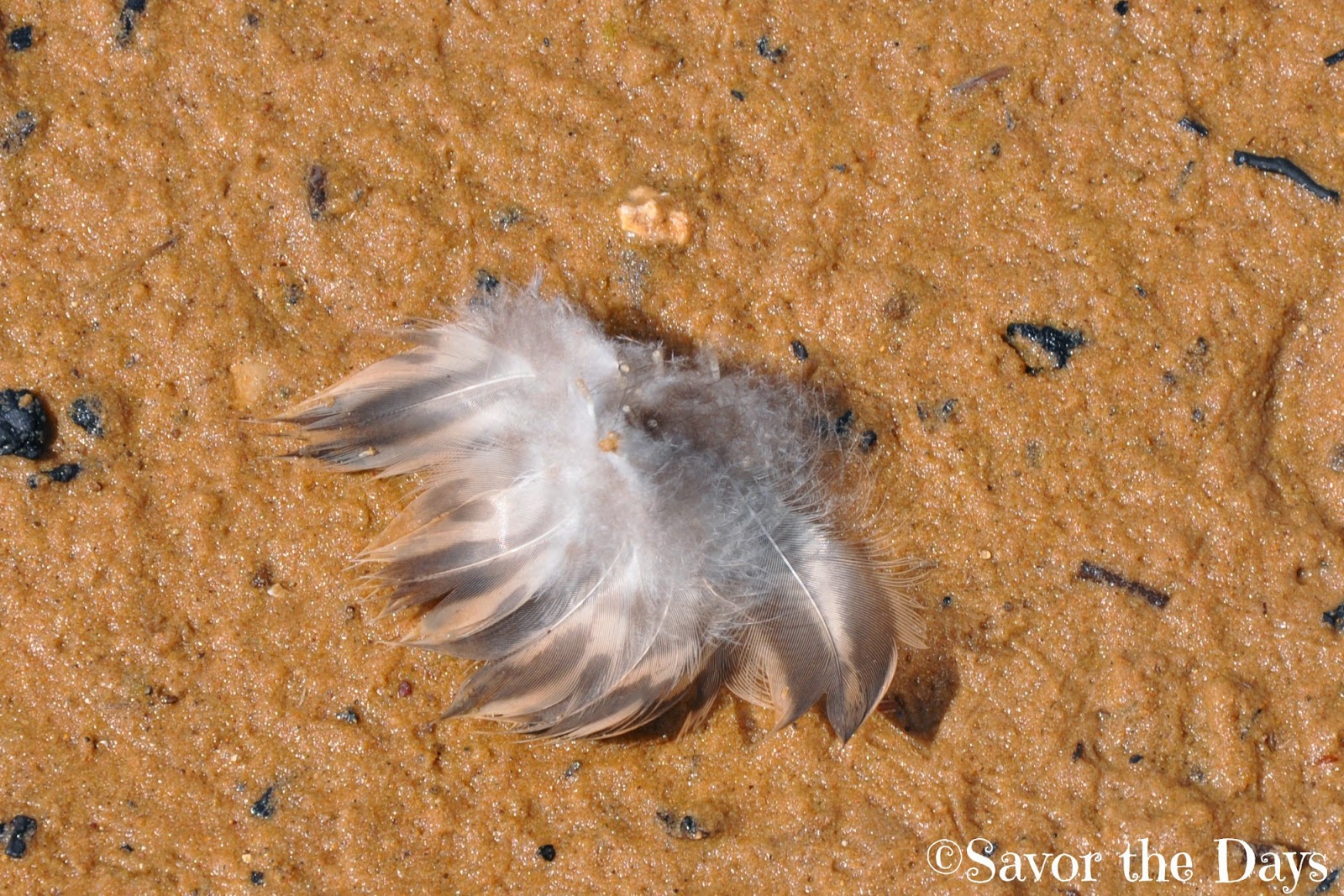 Usually when we find dead stuff on our nature explorations, the boy is the one to try to poke at it.  But Rachel found this dead Alligator Gar and quickly found her own poking stick! 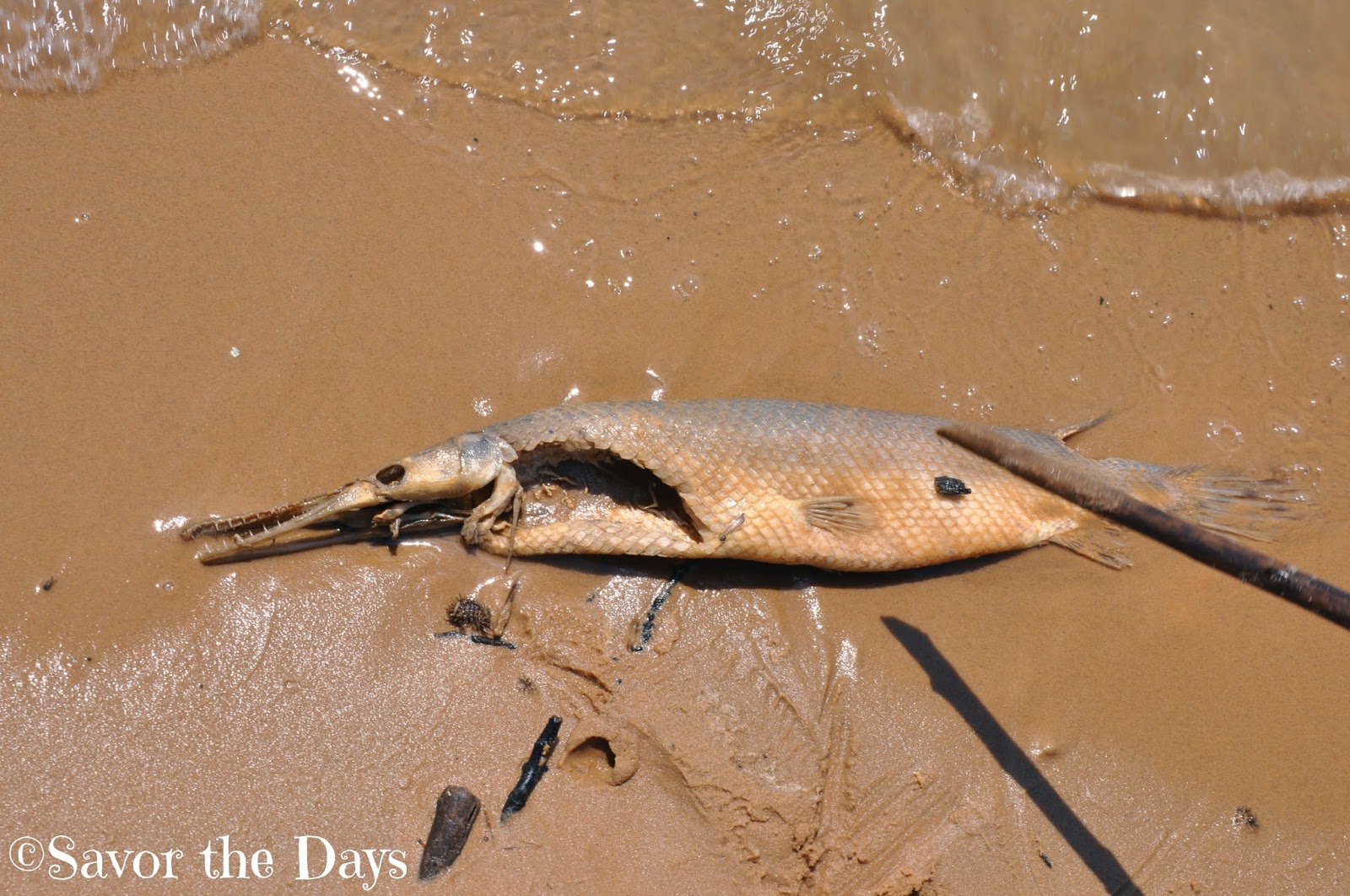 Nicholas was still studying things and he called me over to see what he had found. 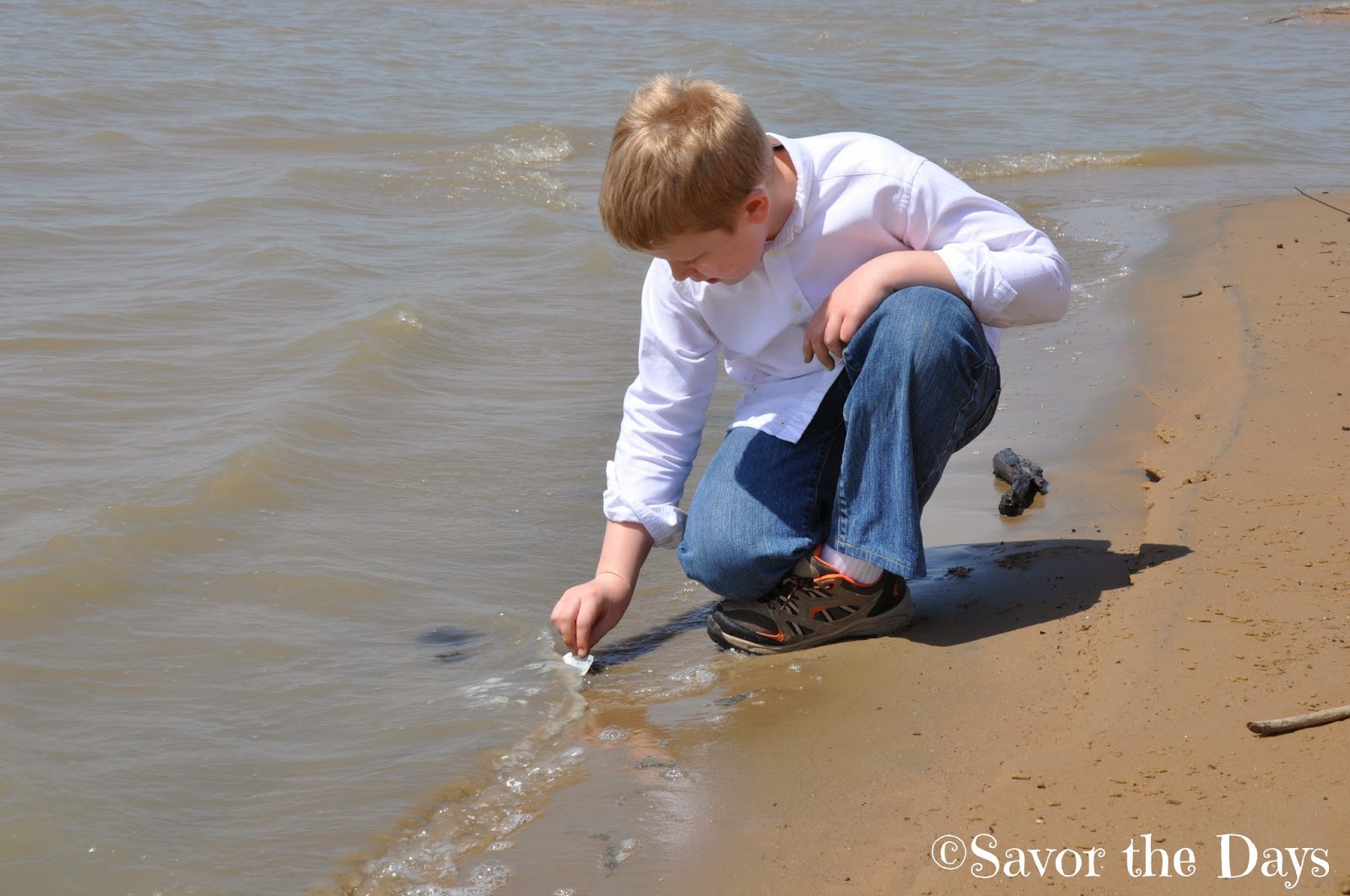 It was a cool bivalve shell that still had both sides attached.  Cool find! 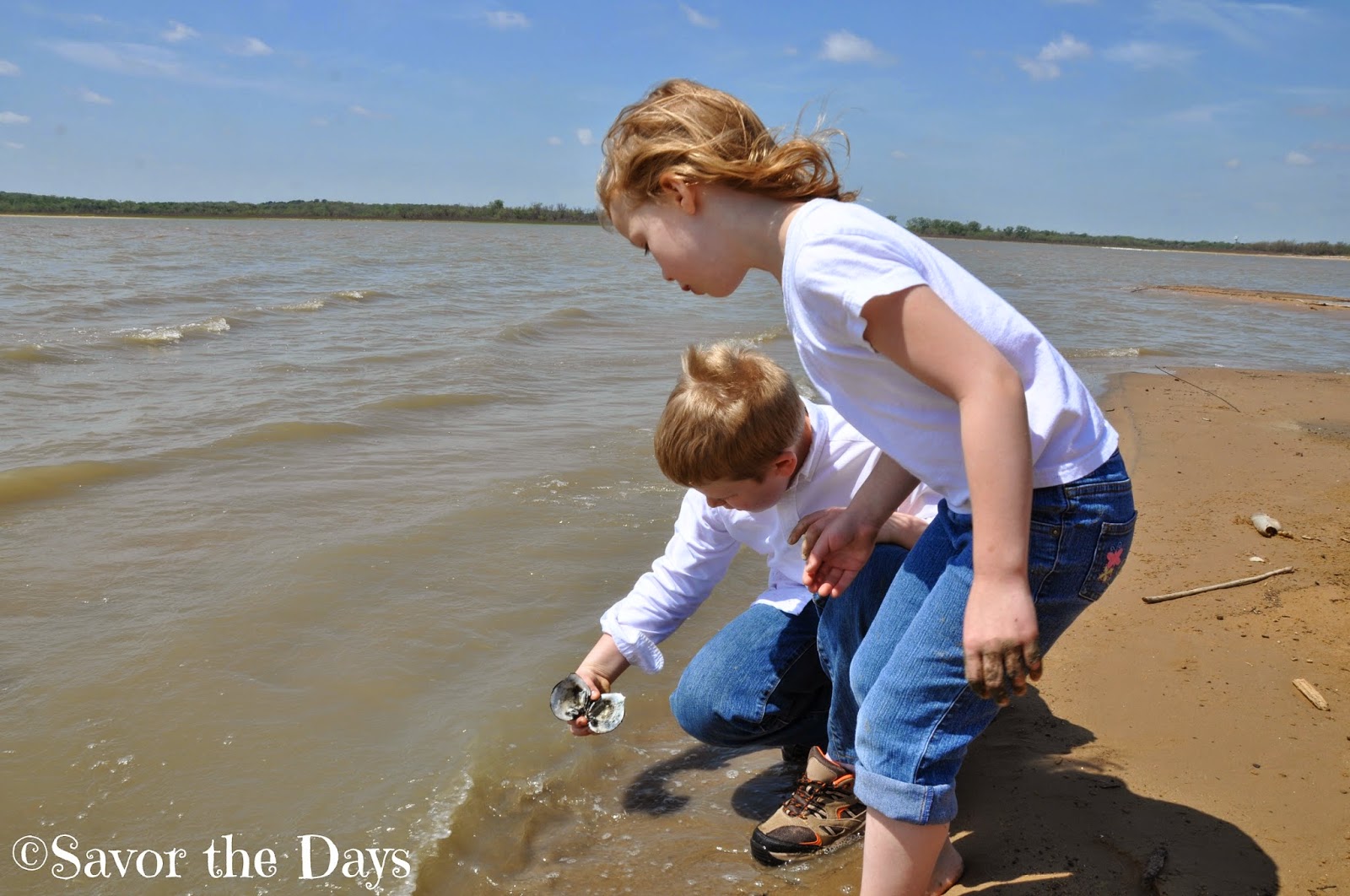 But then he found an even bigger one just a few minutes later. 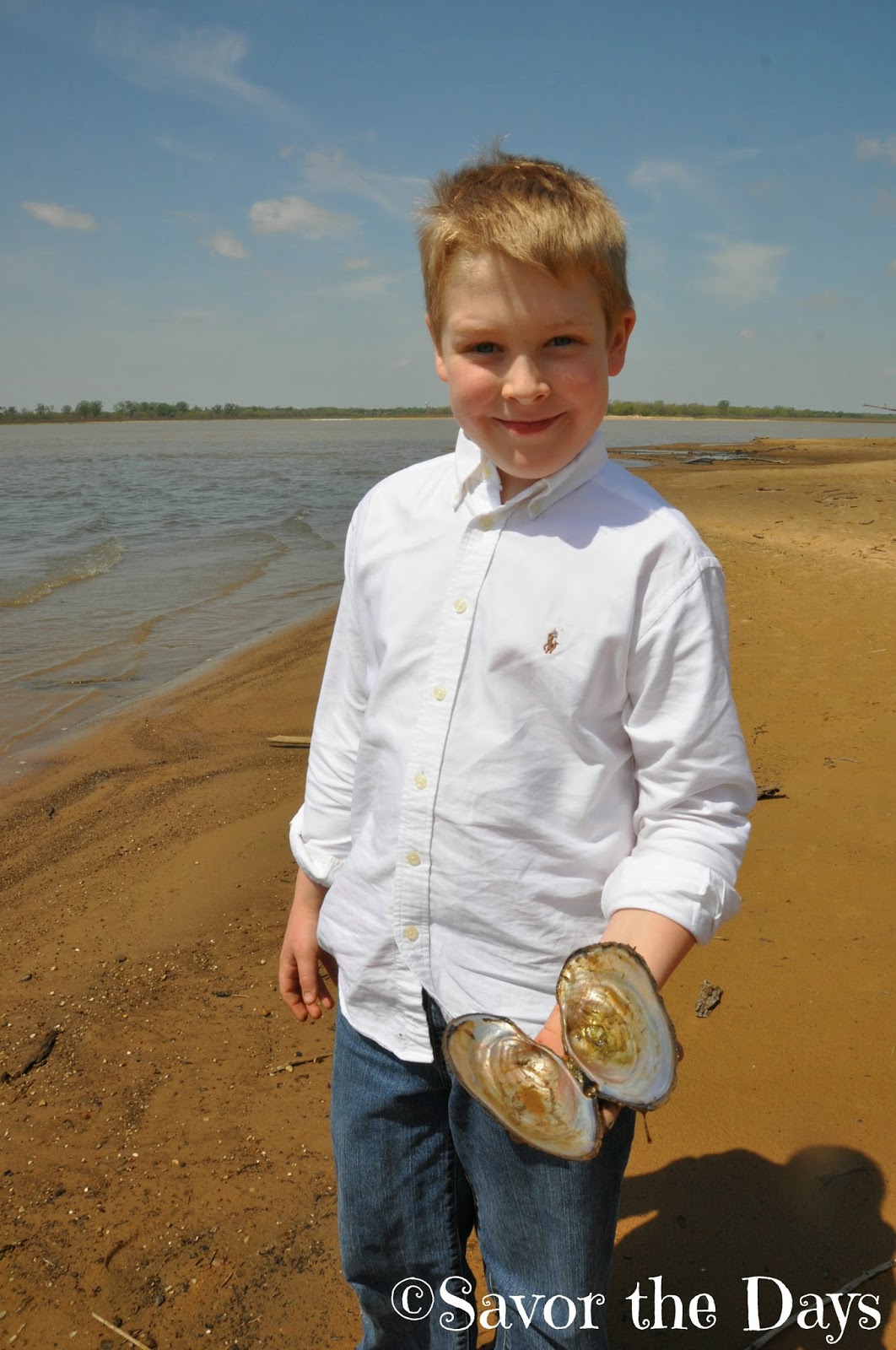 And then Rachel found one of her own.  She was so excited! 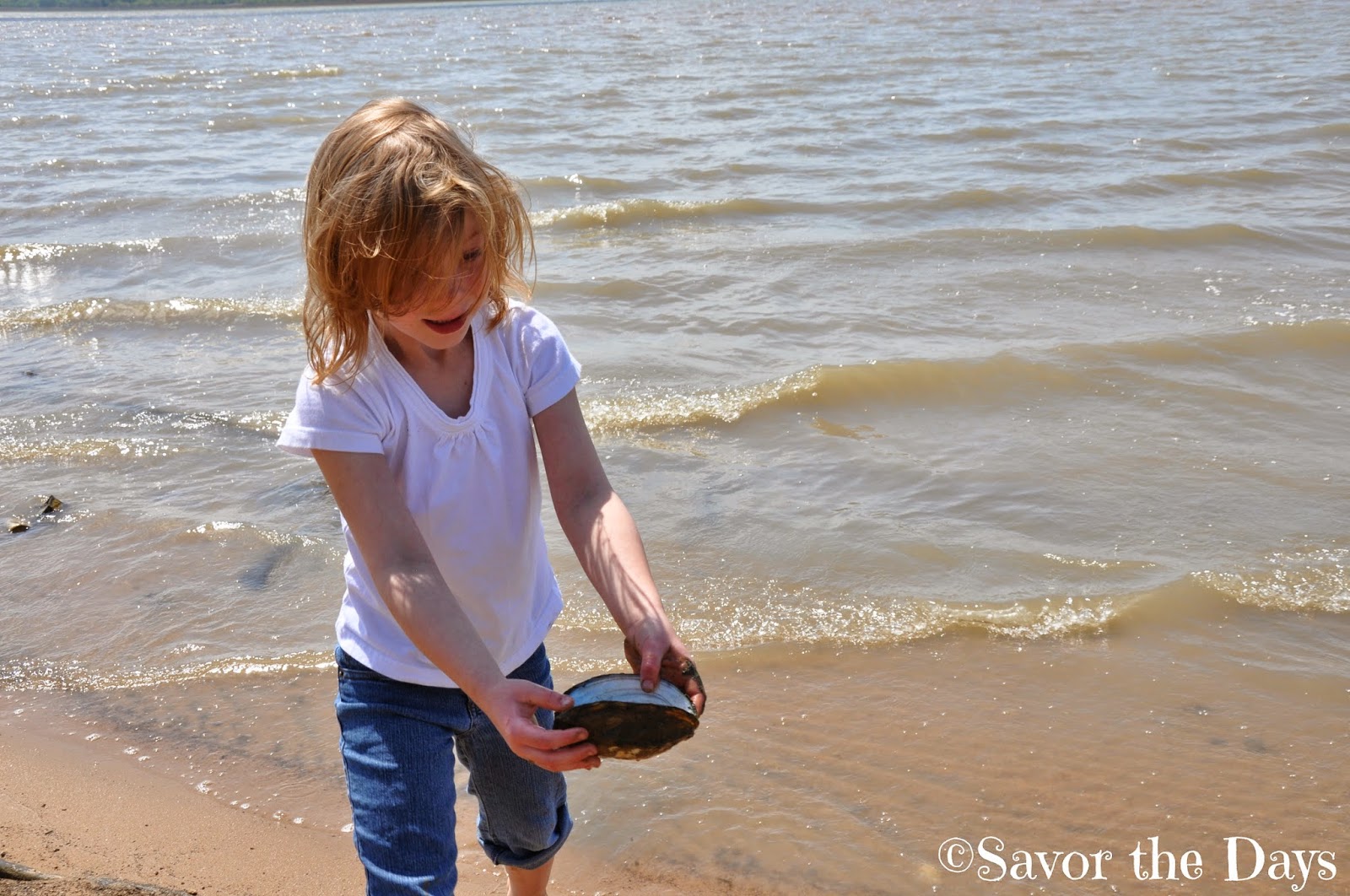 Nicholas even found a live mussel!  He could feel it moving and even found the foot that it uses to dig down into the sand.  I really, really wanted to take it home to open it up and let the kids study its body parts.  But we didn't want to kill it so Nicholas put him back in the water. 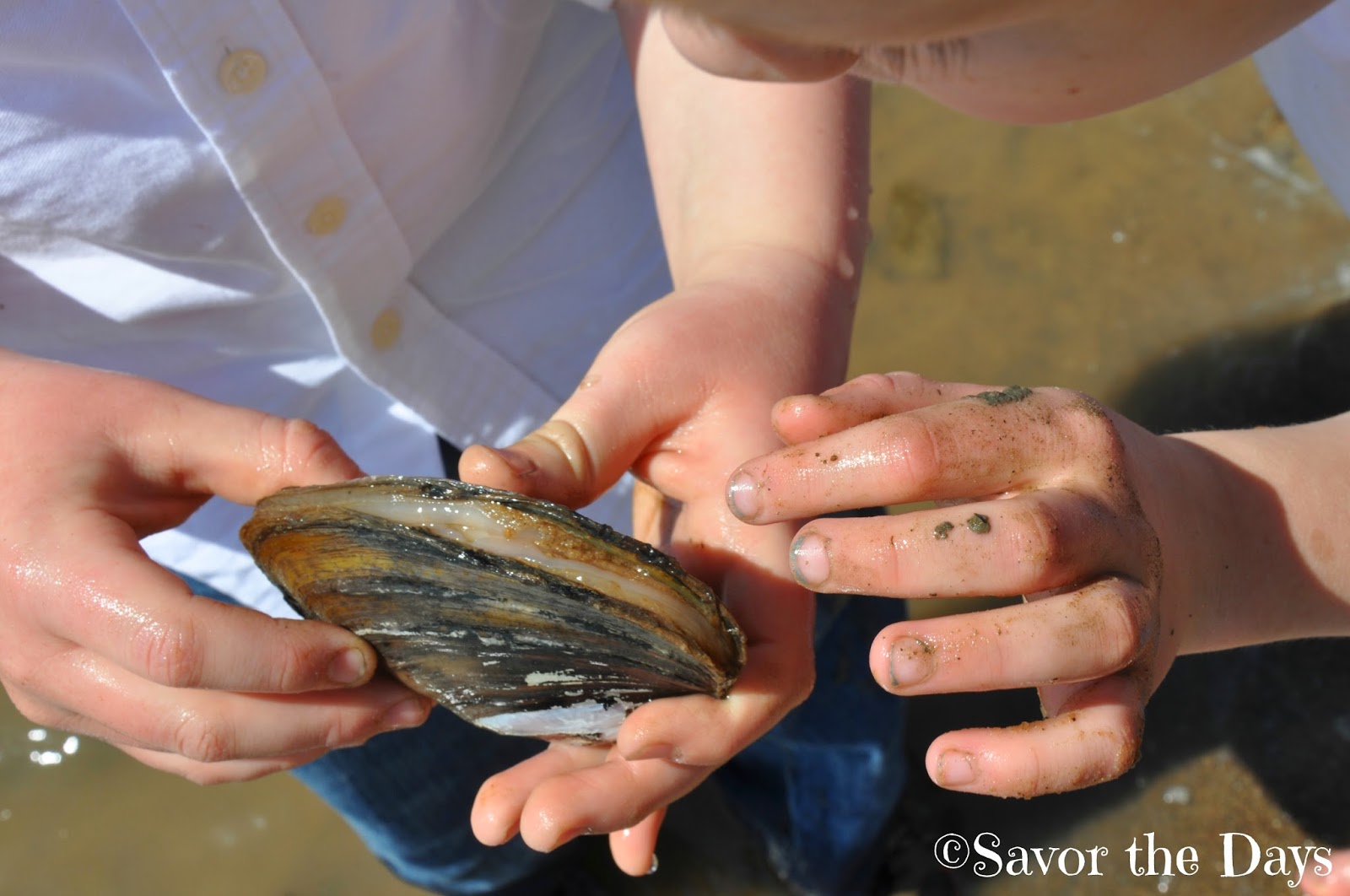 Well, I guess his study time is over because now he has ventured out on to a rock in the lake...his pants are wet up to his knees.  I'm still amazed that he stayed dry as long as he did. 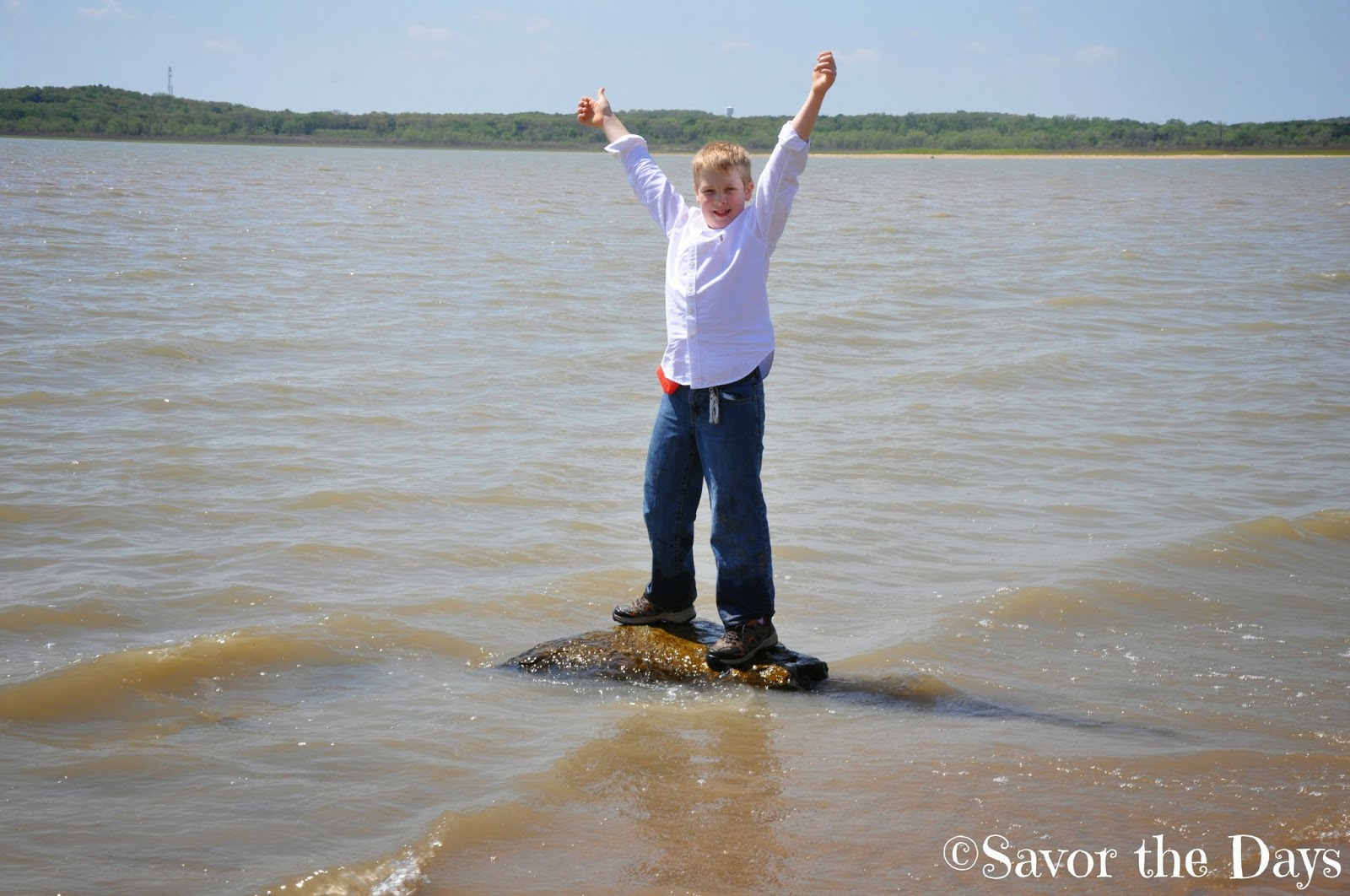 I love how he gets so pensive at times. 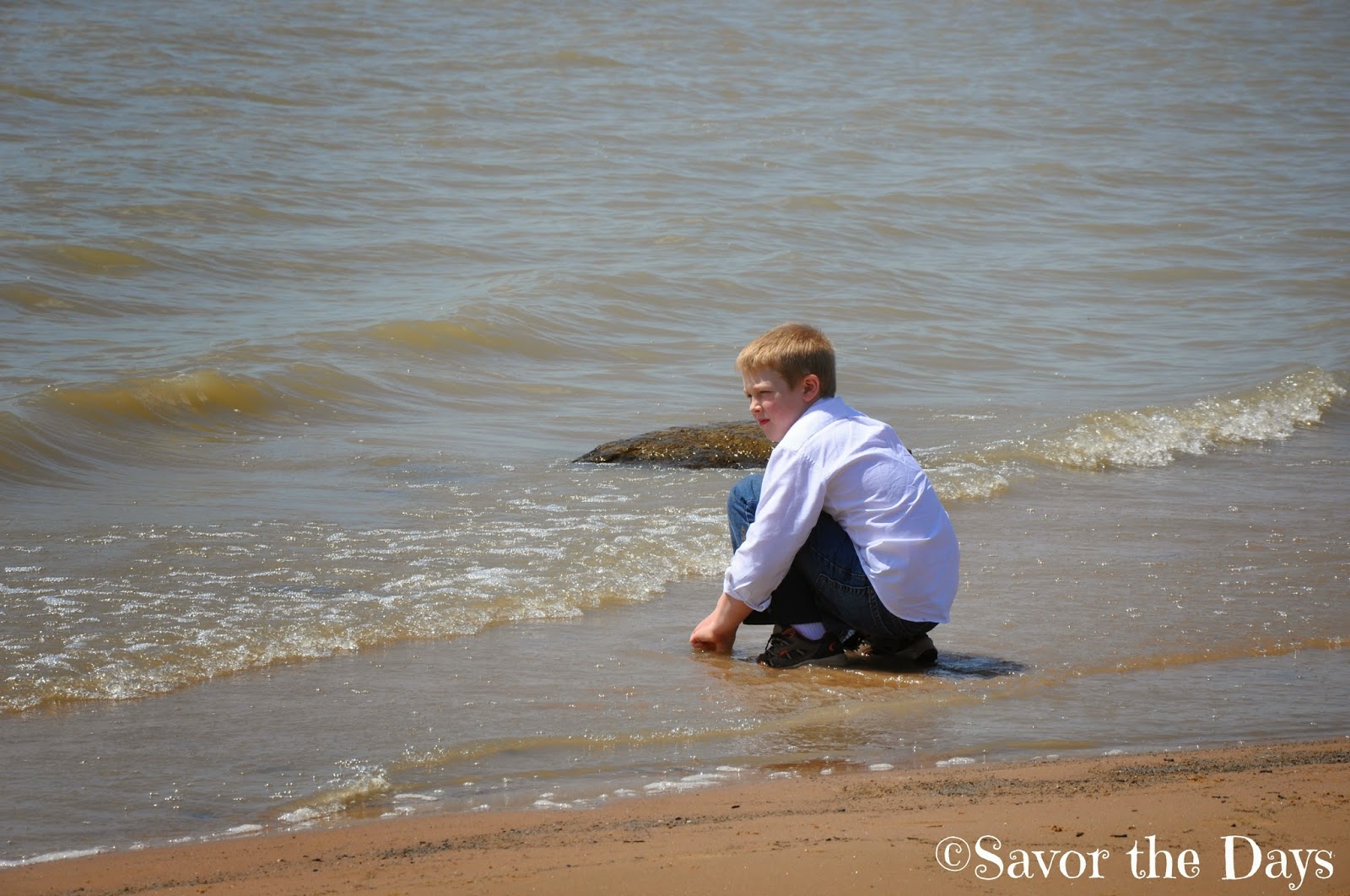 The kids had so much fun just exploring along the beach. 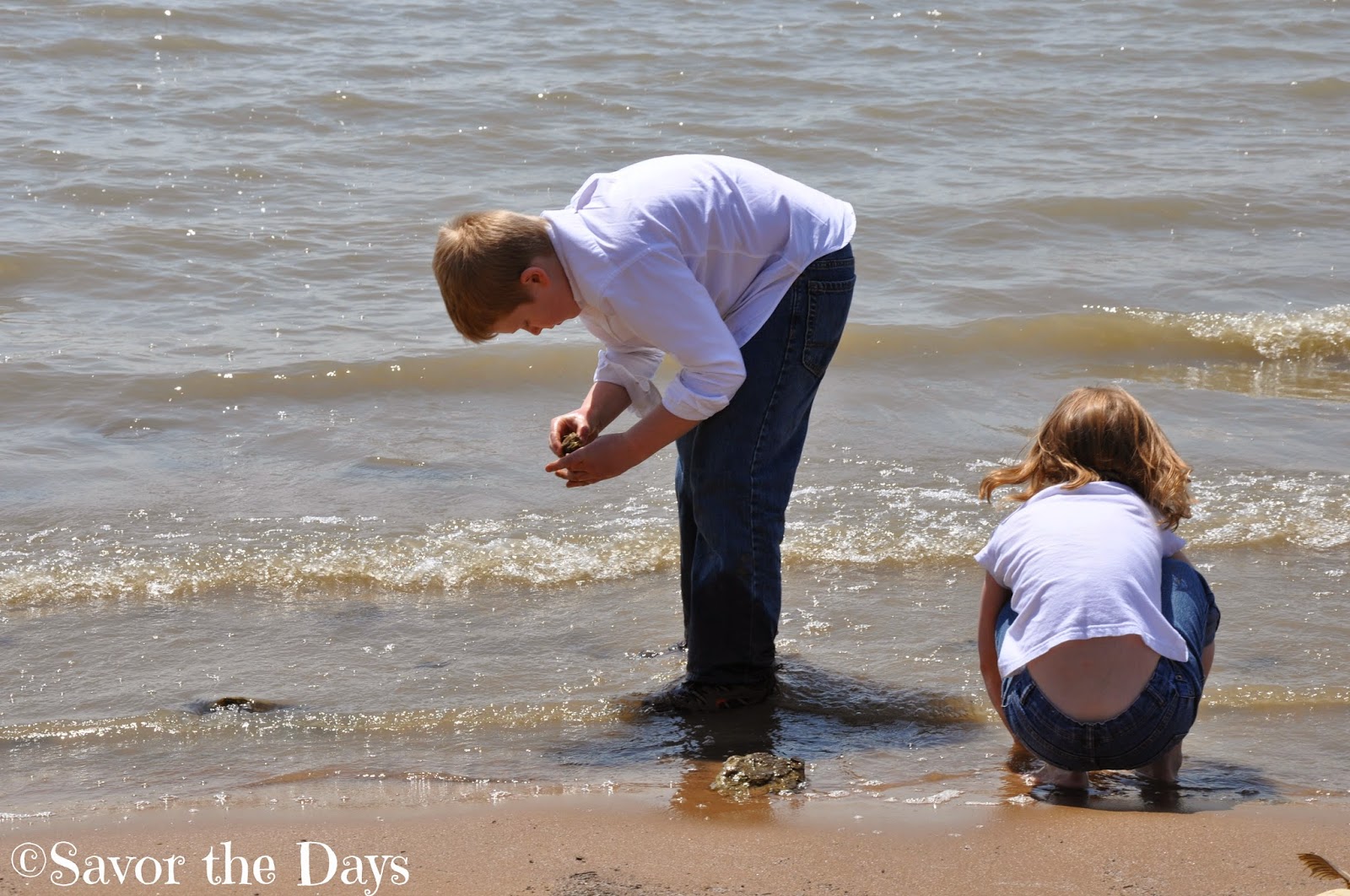 Nicholas even found a big pipe in the water!  We talked a little about natural and unnatural objects that we found. 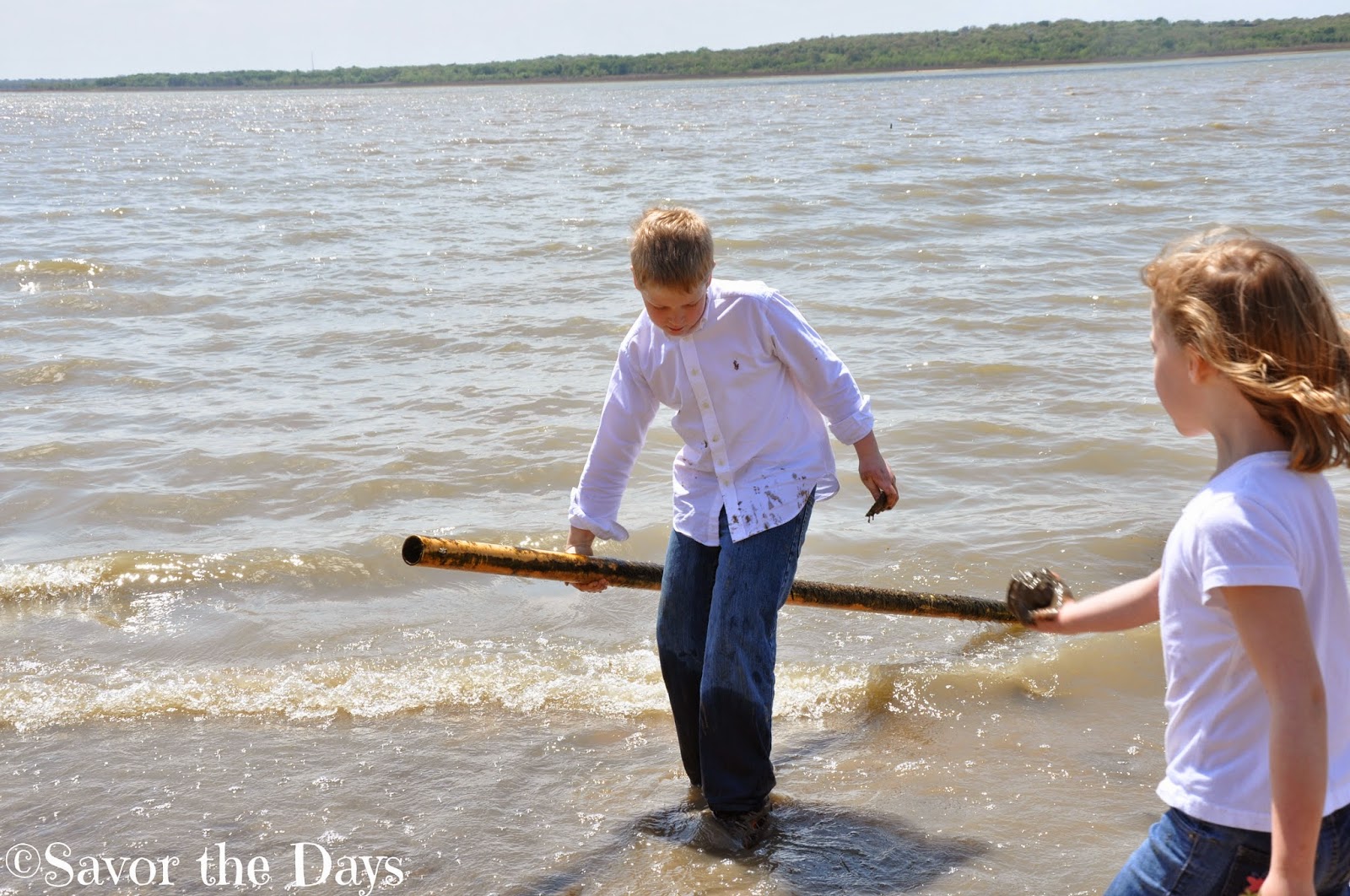 Rachel discovered these cool bird tracks in the sand. 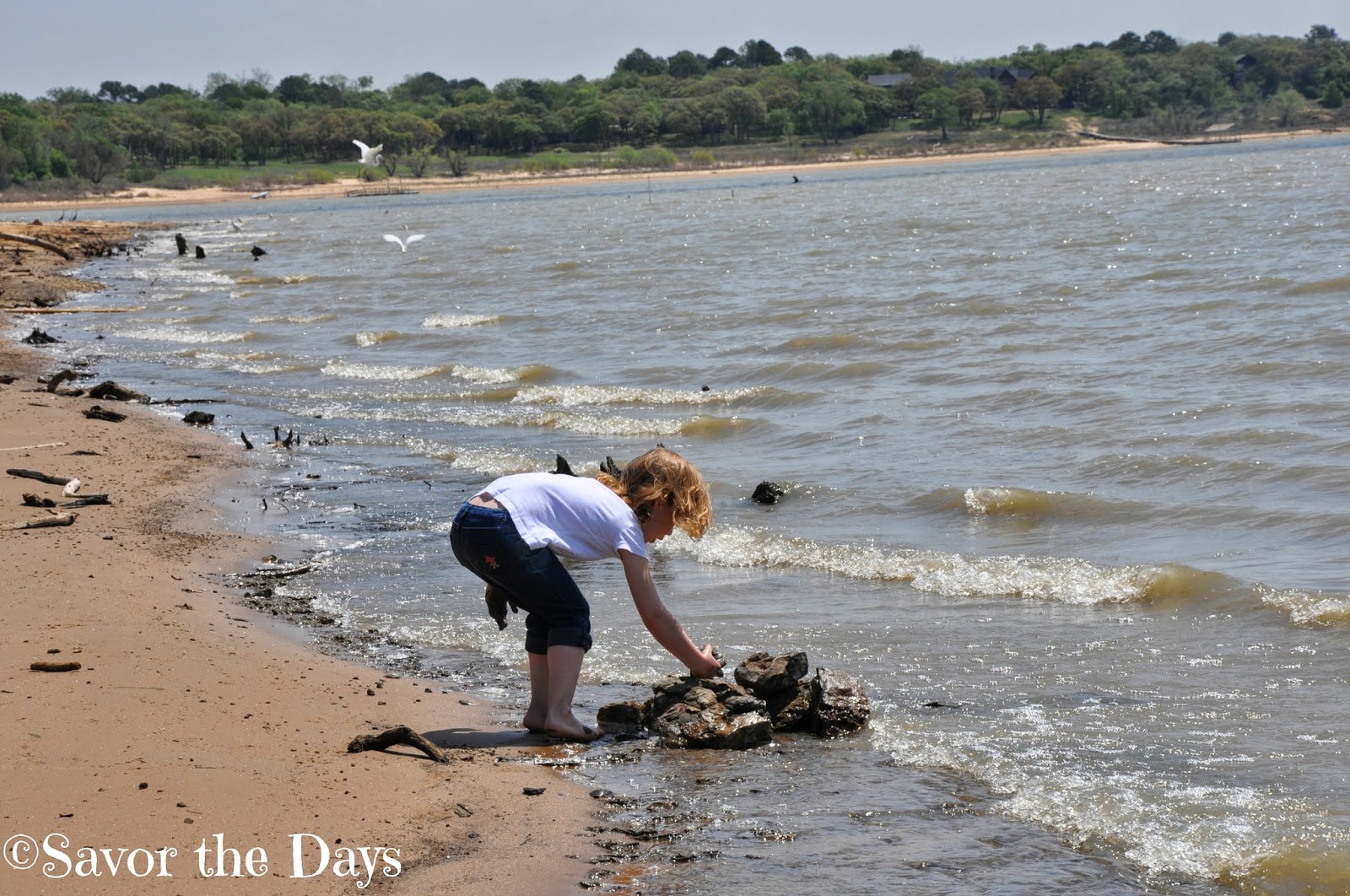 As they came upon some birds, the kids stopped and watched for a moment.  But I could see Nicholas getting psyched up for a run.  He has always loved running up to a group of birds and watch them all fly away! 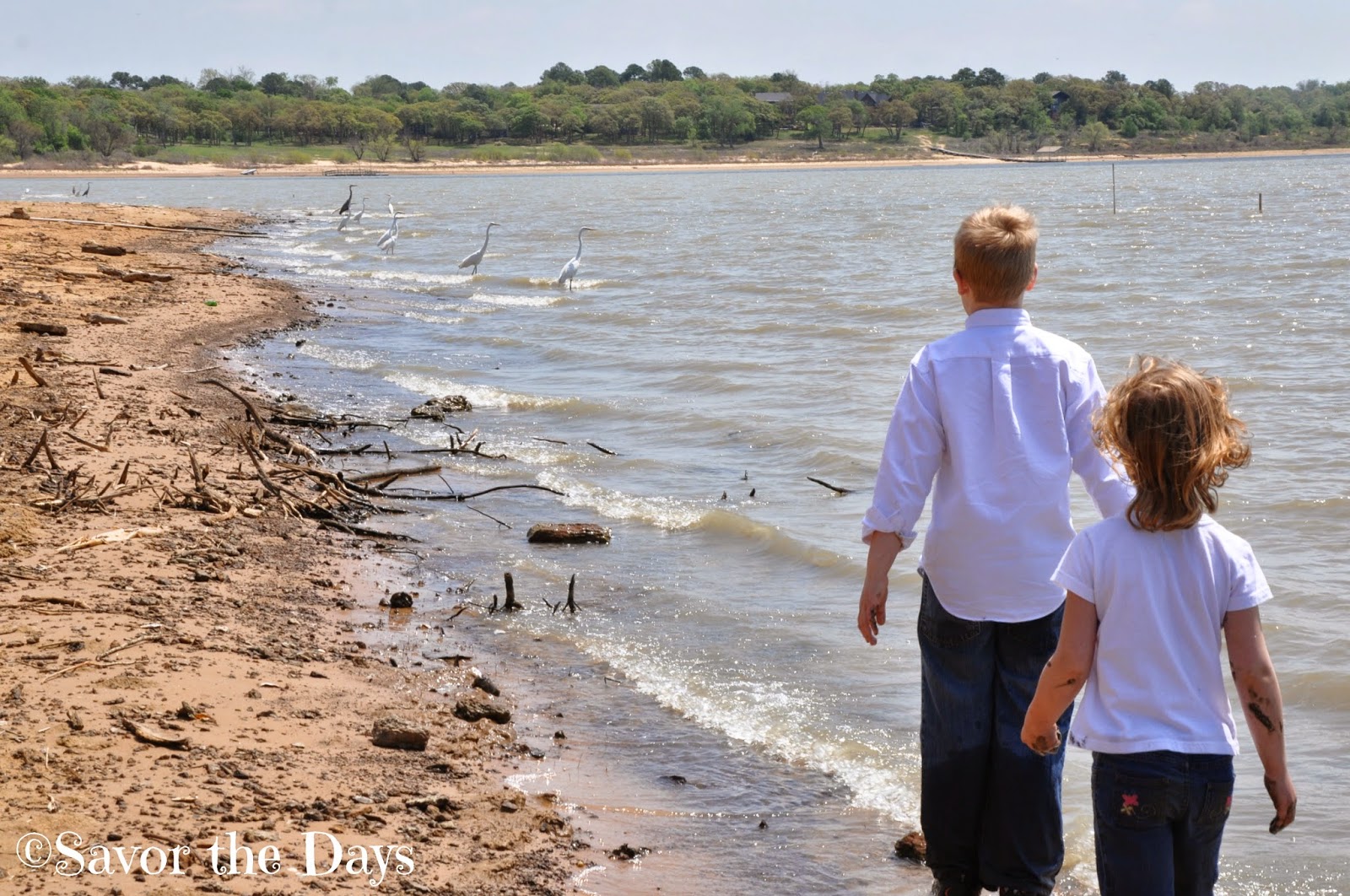 We talked more about unnatural objects like this green bottle Rachel walked up to and why it was harmful for the land and creatures for people to just throw their trash down on the ground. 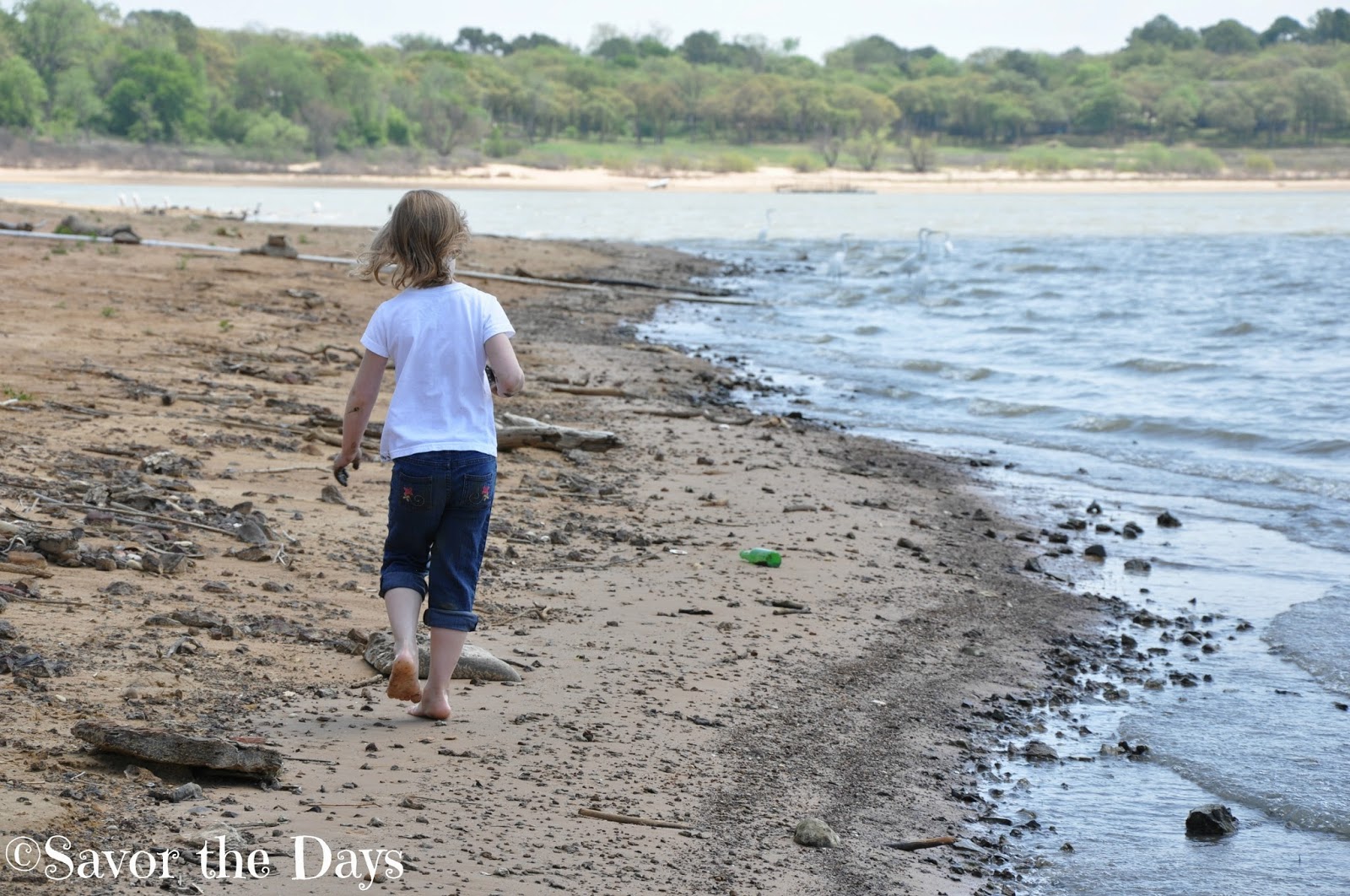 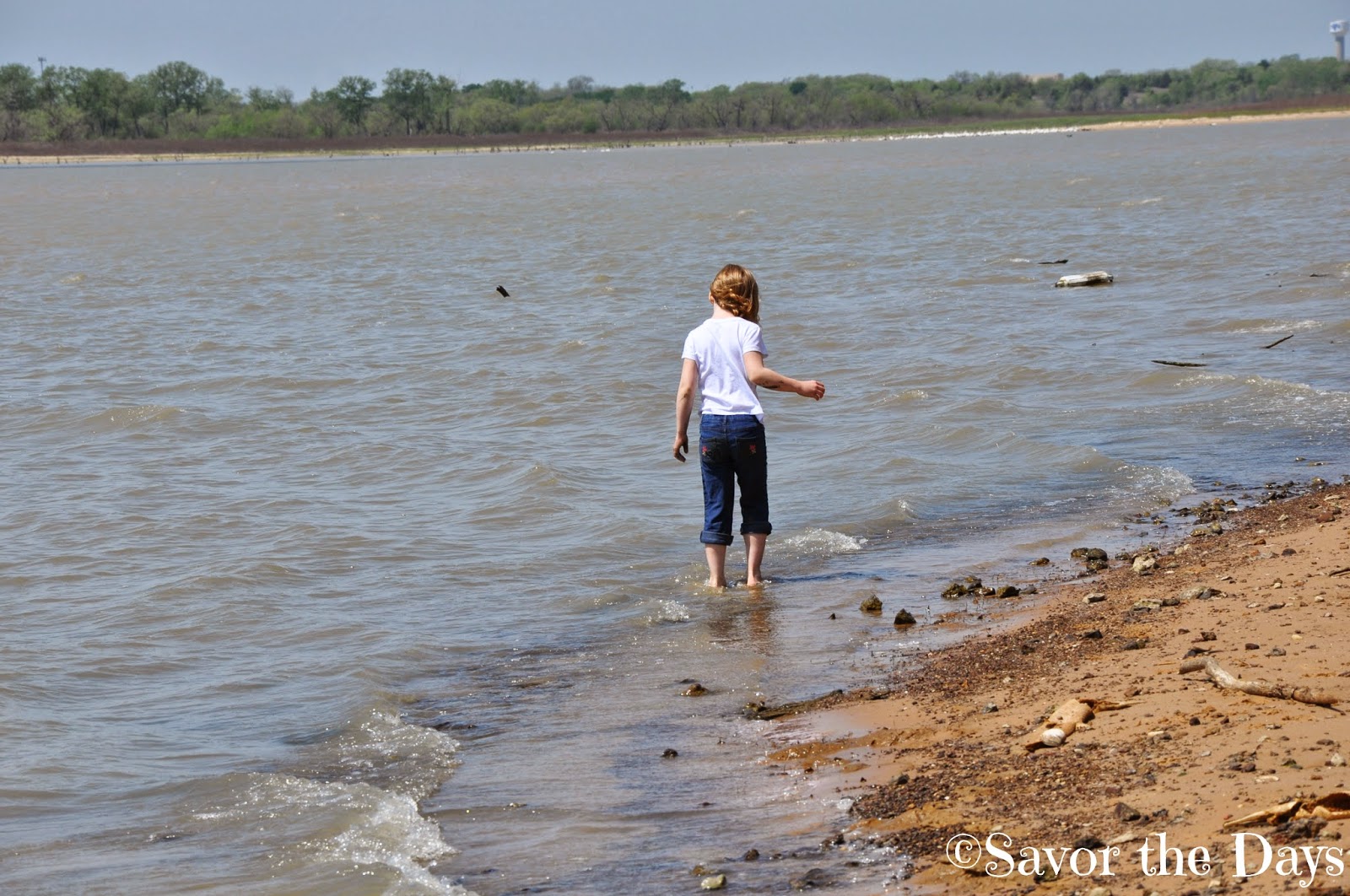 My little monkeys at the beach. 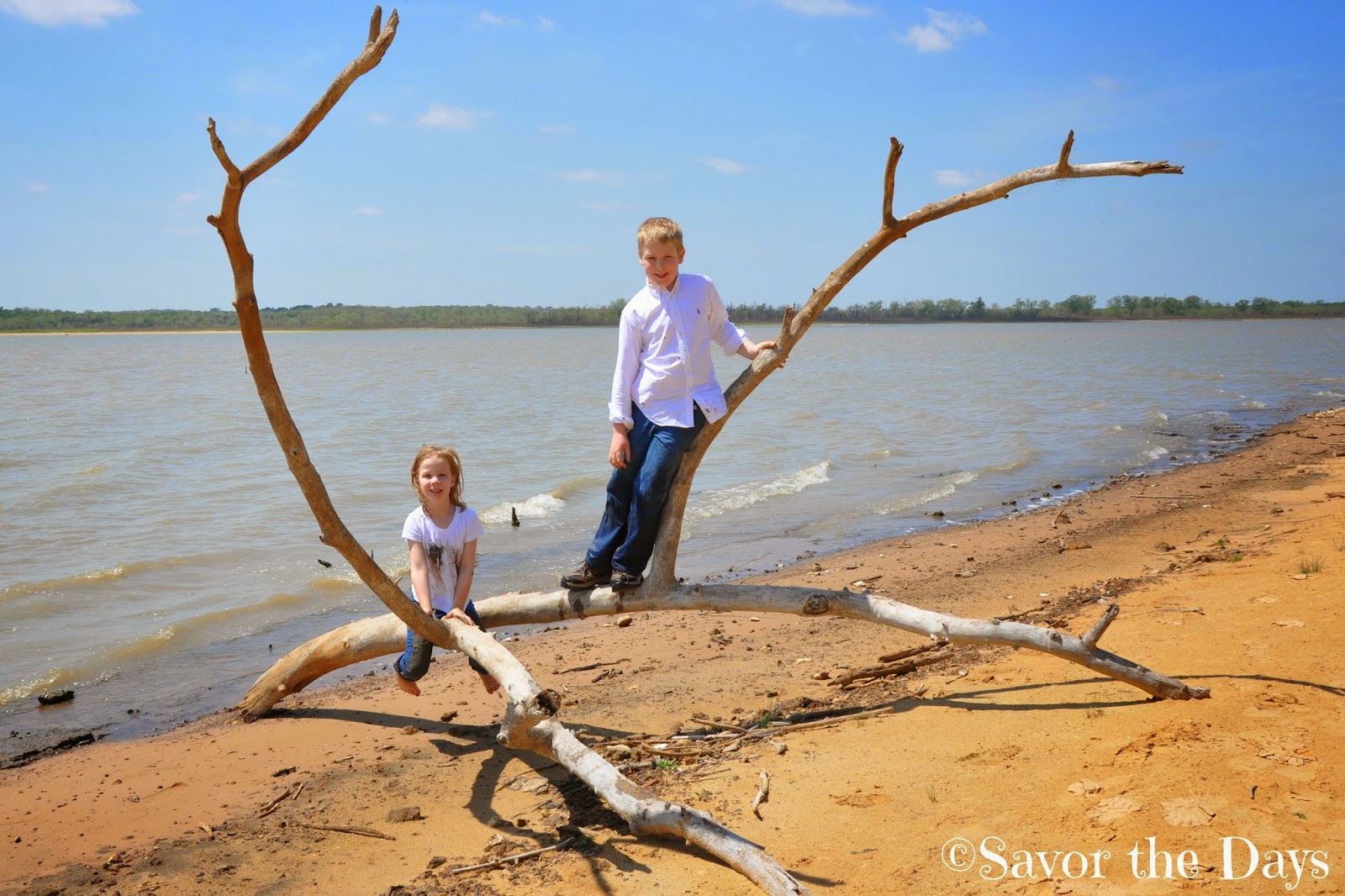 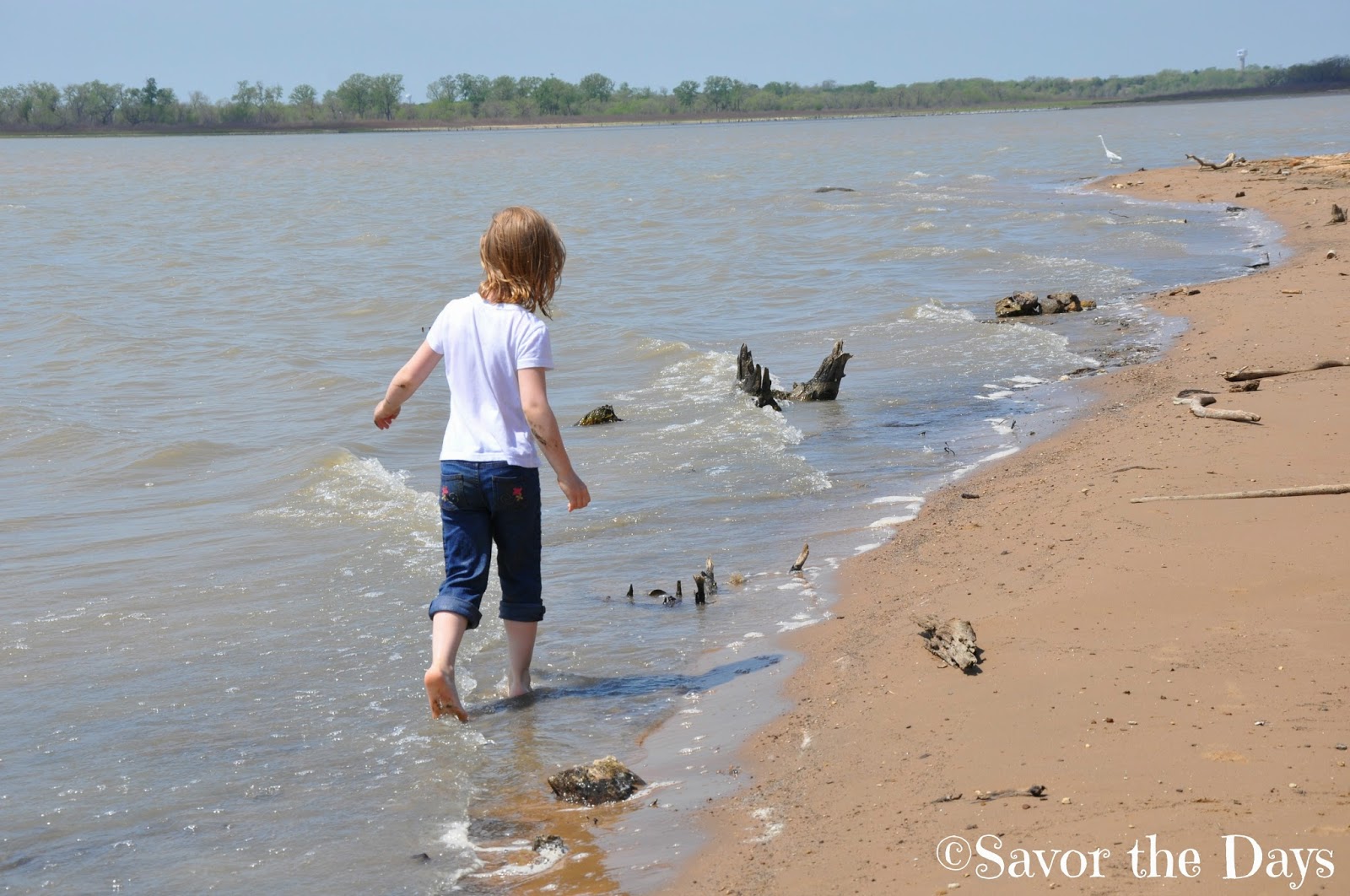 Rachel wanted to keep two of the shells she had found so she could put them on her nature table at home. 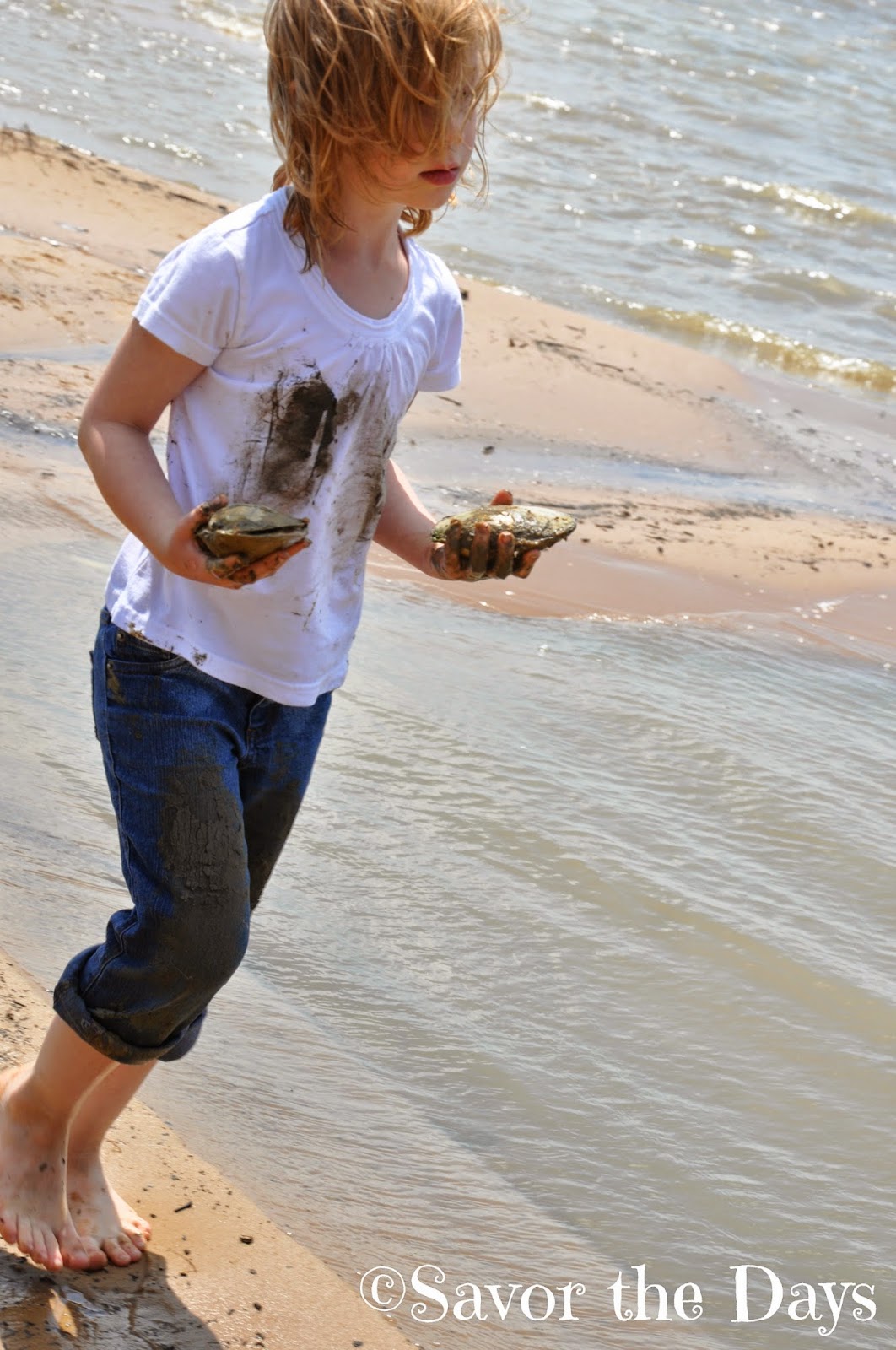 And just think, just a little while ago she was so clean and dry. 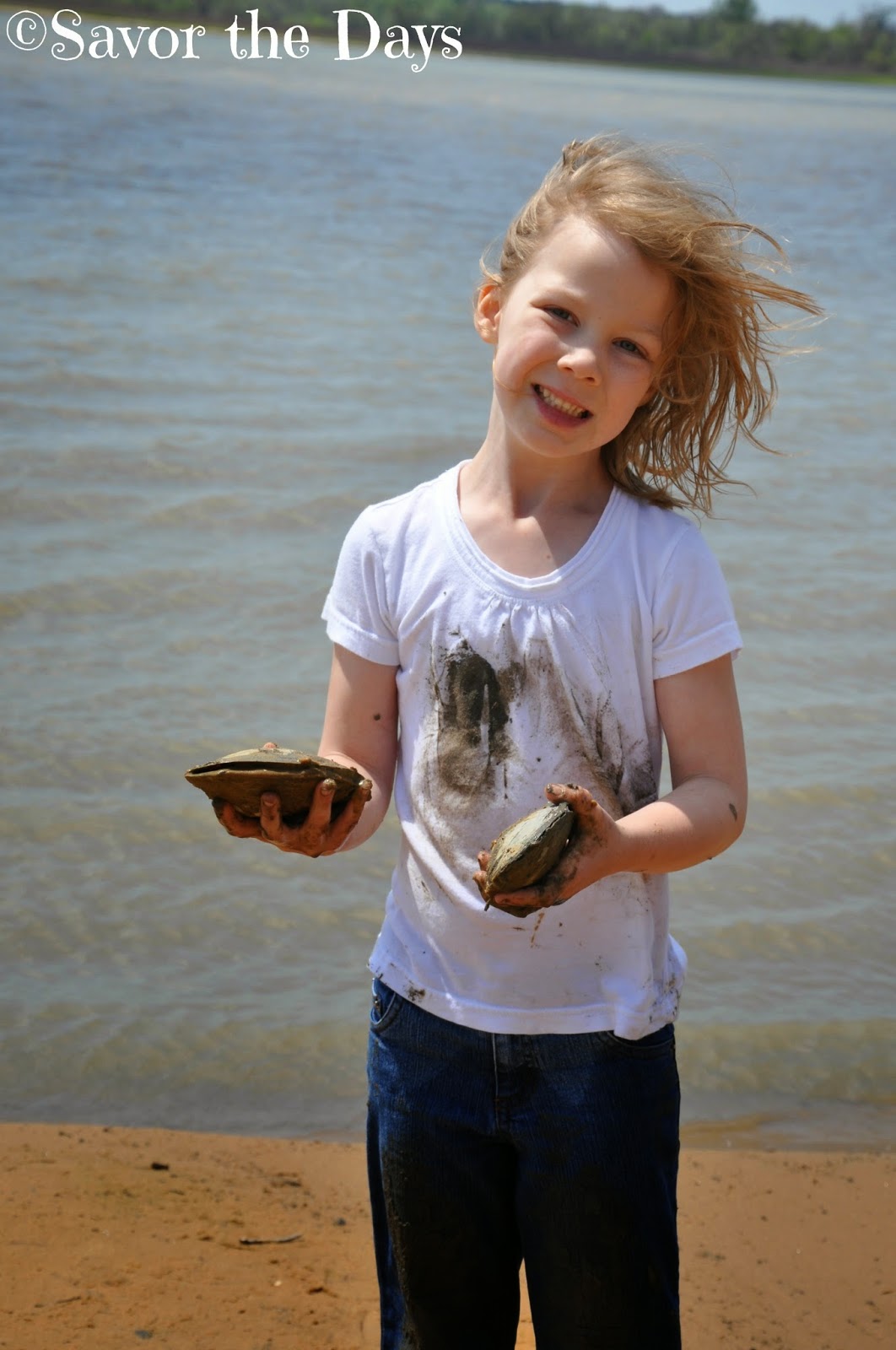 We were getting hungry so we headed back up the trail to the car to go get some lunch.  I wish we had brought a picnic lunch so we could have stayed just a little longer.  It was just such beautiful weather and a perfectly fun outing. 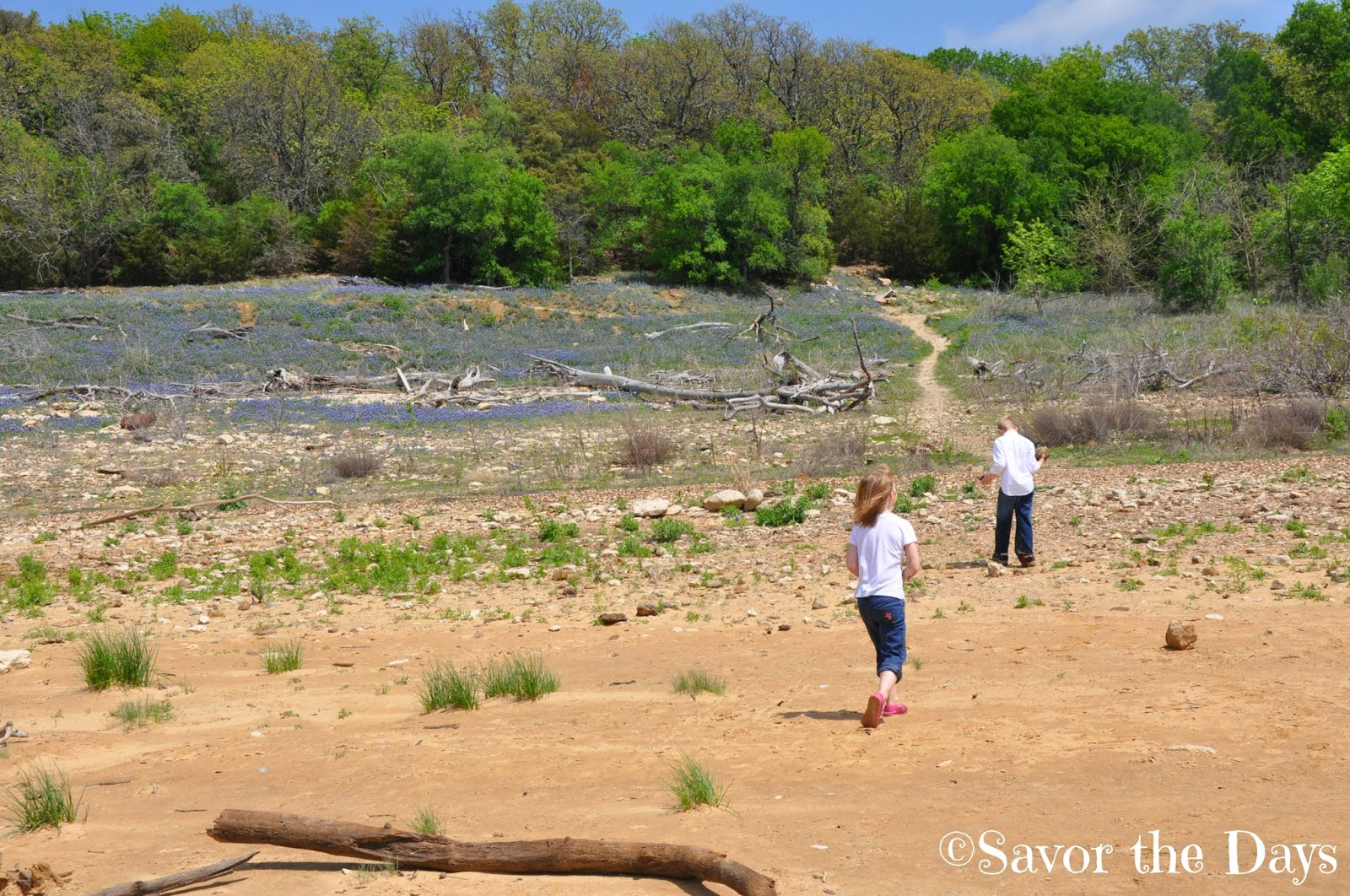