Nicholas had his second Tiger Cub den meeting tonight. He has memorized the Cub Scout promise, motto, and salute. It's so cute hearing these sweet boys recite them! 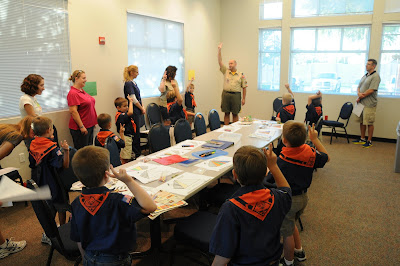 At tonight's meeting, they learned about the Food Pyramid. 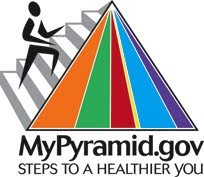 * Orange is for grains… Remember to make half of them whole grains.
* Green is for vegetables… Don’t forget to eat dark green and orange ones.
* Red is for fruits… fresh, canned, frozen or dried.
* Blue is for milk products… Go for low fat or fat free.
* Purple is for meat and beans… Choose lean meats and poultry, and more fish, beans, nuts and seeds.
* Yellow is for oils… In addition to the five food groups, choose your oils carefully.

Now, physical activity or exercise… No matter what you call it, the steps remind us to be active every day.

One Pyramid does not fit everyone. So there are actually 12 different ones, depending on how many calories you need and how active you are. There are pyramids designed specifically for toddlers and older children. There are also pyramids for pregnant and breastfeeding moms.

There are also resources and activities for getting kids more interested in learning about healthy eating. There is even an interactive computer game for kids called Blast Off where kids can reach Planet Power by fueling their rocket with food and physical activity. “Fuel” tanks for each food group help students keep track of how their choices fit into MyPyramid.

The Cubs colored their own food pyramids. 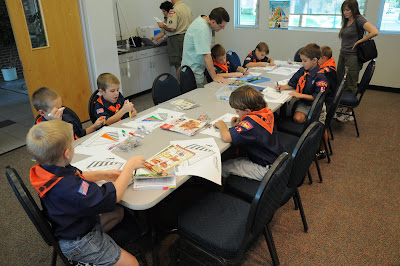 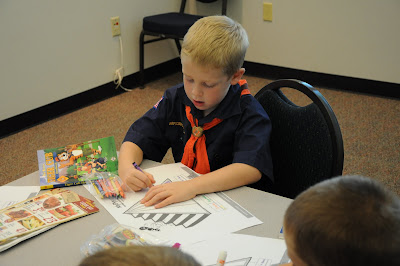 Then they cut out pictures of food from grocery store flyers... 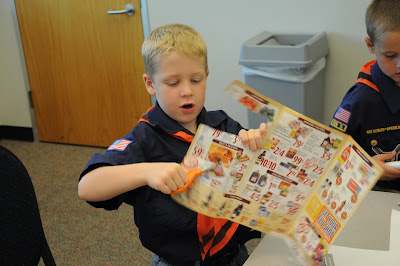 ...and glued them to their food pyramids. 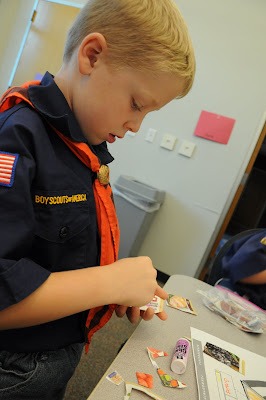 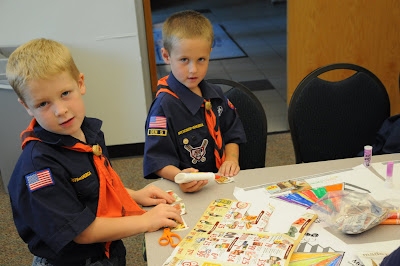 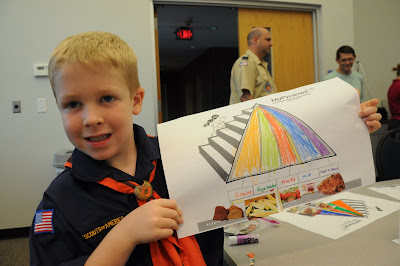 Nicholas received his first awards tonight. He received the Immediate Recognition Emblem as well as two totem beads for a family activity and a den activity. 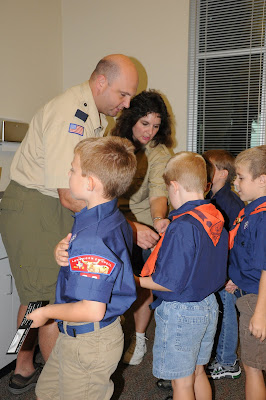 His awards hang on a button on his shirt. I guess I really need to get those patches on his shirt now. I found a lady just a few streets over who sews patches for lots of different Boy Scout troops in the area. She is called "The Patch Lady" and she has a box outside her door where you can leave your shirt and patches and she will call you when she has completed the work. She only charges $1.00 per patch. That's a bargain for me!
at September 16, 2010
Email ThisBlogThis!Share to TwitterShare to FacebookShare to Pinterest