Nicholas attended his first tiger cub meeting with just his Den last night. These guys are just so cute in their little uniforms :)

They opened their meeting with the Pledge of Allegiance and the Cub Scout Promise. 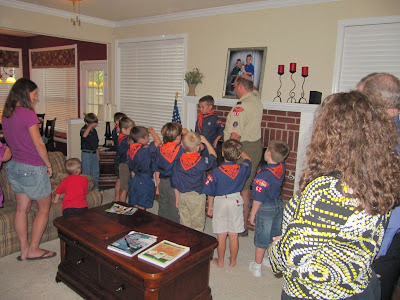 The boys learned a little more about cub scouts including the Cub Scout Motto and the Cub Scout Salute. After a little bit of business, the boys were off to start their first project, a family scrapbook. We brought some decorative edged scissors, some fun paper punches, and lots of cardstock and markers for everyone to use. Nicholas loves using these kinds of things at home for various art projects so he had a good time. 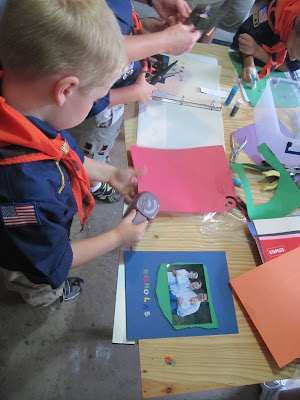 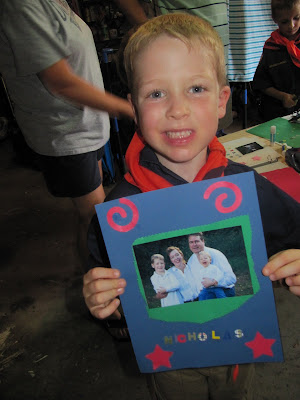 After the project was complete, the boys went around the room and told each other about themselves and their family. Nicholas was proud to tell everyone about his baby sister. 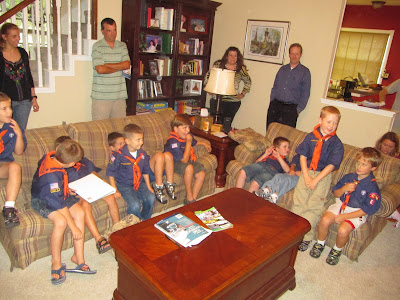 What a cute (and rowdy) group! 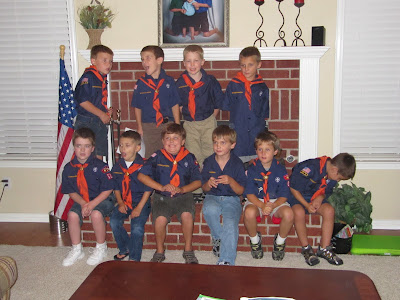 at September 09, 2010
Email ThisBlogThis!Share to TwitterShare to FacebookShare to Pinterest