Stuart and Nicholas had a Guys' Night Out this weekend. I love that Stuart makes time to do one-on-one things with Nicholas. It really means a lot to the little guy to have such quality time with Daddy, especially when they do cool "guy stuff".

For their night out, the boys went to see a hockey game at the Dr. Pepper Arena in Frisco. They saw a great game between the Texas Tornados and the Fairbanks Ice Dogs.

Stuart and I became big hockey fans when we moved to Houston in 1996. Of course, since we've moved to the DFW area, we love going to Dallas Stars NHL games every chance we get. The Texas Tornados are in the NAHL (North American Hockey League). They are a junior hockey league which means the players are 20 years old and younger. The games may not be as polished as the professional NHL games but they are just as much fun and a whole lot cheaper which means we can afford to go more often.

We got a great deal for this home opener game - admission tickets and a Twister meal deal consisting of hot dog, chips, and a drink, all for $10. It's a really a good deal because the meal deal is $7 by itself.

The hockey game was fun. There were a few scuffles on the ice but nothing unusual for hockey. 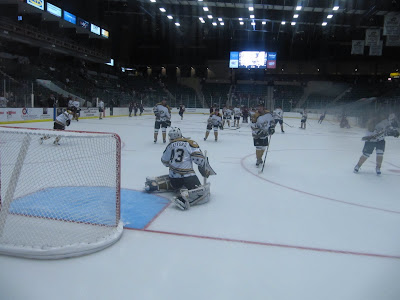 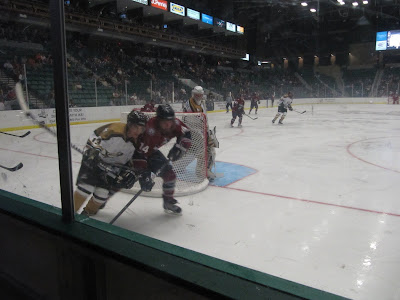 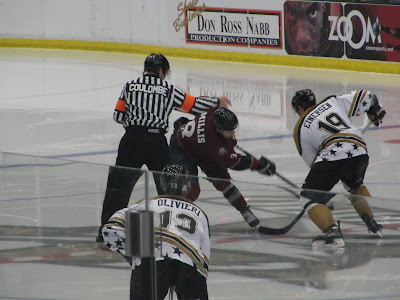 Nicholas got to meet the Tornado's polar bear mascot, Ike. 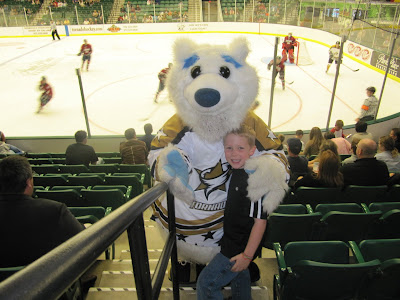 But one of Nicholas favorite parts about the night was that it was Family Night and there were lots of activities for kids such as a bounce house and the beloved Game Truck right there next to the ice rink. Watch a little hockey, bounce a little, watch a little more hockey, play some games. How fun is that? 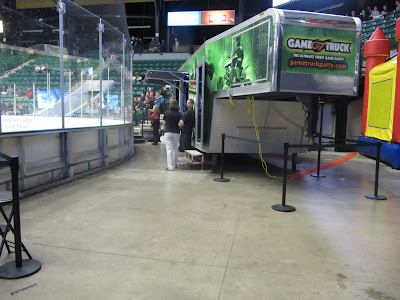 Yep, that's my kid with the black hooded sweatshirt on with his eyes glued to the video games. 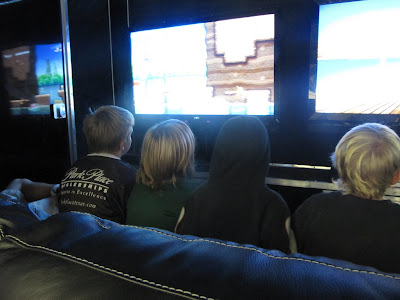 Stuart thought it was funny that he was standing right next to the ice watching an exciting live hockey game while just behind him were a hoard of kids watching each other play hockey video games!

You can check out the schedule for upcoming Texas Tornado games HERE. But I don't know that the bounce house and Game Truck are usually there so you might have to actually sit and watch the ENTIRE hockey game! Stuart will be jealous of you :)
at September 27, 2010
Email ThisBlogThis!Share to TwitterShare to FacebookShare to Pinterest