What a beautiful day to be outside! We decided to go to Trinity Park in Fort Worth for Mayfest, a great outdoor festival with bounce houses, games, food, and vendors. I like this sign that we saw as we walked the long walk from the parking lot to the front gate. No Grumps! 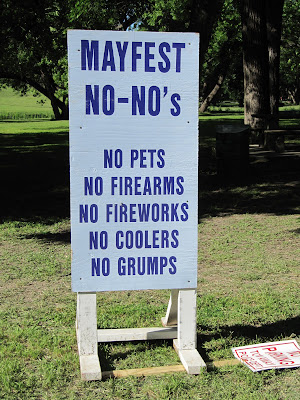 Before we had even made it through the front gate, I saw why they needed a sign that said no grumps. This place was packed. There was a huge line just to buy tickets. Fortunately, I had bought out tickets online so we didn't have to wait in the line. I bought the tickets through the Mayfest website and I highly recommend doing this to avoid that initial long line to buy tickets at the gate. Before finalizing my order, I checked my favorite online promotion code site, www.retailmenot.com. You should always check here before purchasing anything online. You simply search for the name of the store and you will get a list of any promotion codes that may be in effect. Some have special restrictions so they won't always work but there is even a user rating that gives you an idea of the percentage of the time that the code was successful. I searched for "Mayfest" and found a promo code for buy one ticket, get one free. It had a success rate of 92% and it worked for me! The adult tickets were $8.00 each, child tickets were $5.00 and Rachel got in free. So instead of spending $21.00, we only spent $13! Not a bad savings for one minute of work.

Even after we got through the gate, there were still tons of people and long lines for food and coupons. But remember, no grumps allowed so we plodded through the crowds like happy cattle. 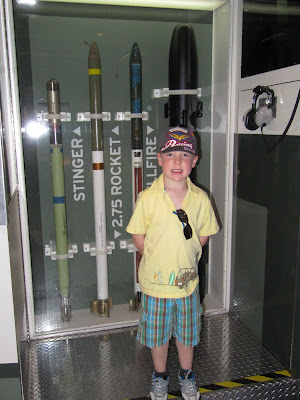 And he got to play a rescue helicopter flight simulator game. 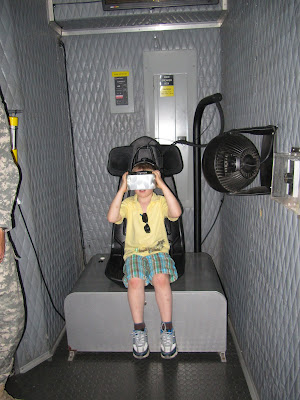 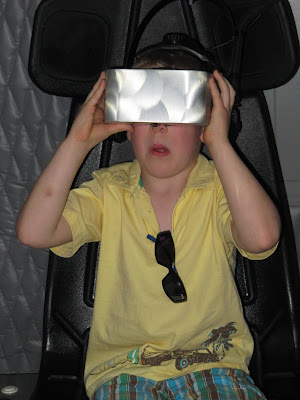 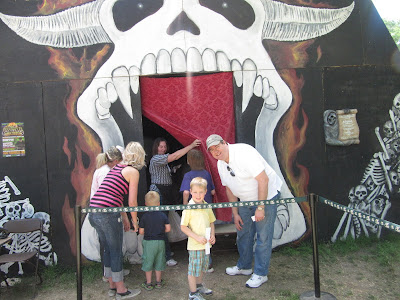 I waited at the exit so I could get a picture of Nicholas' face when he came out. But to my surprise, Stuart and Nicholas walked up to us from outside the haunted house. Apparently, Nicholas made it just inside the curtain, heard a noise, and didn't want to go any further. The lady holding back the curtain knew what had happened but insisted that they have a no refund policy. Nice!

Stuart was happy to find the Game Truck to be free and no refunds would be necessary! 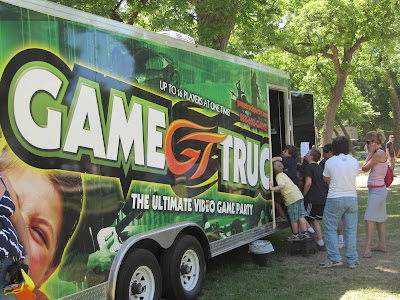 The Game Truck is a truck that is outfitted with seats on one side and 4 50 inch plasma televisions on the other. There are video game consoles hooked up and 16 players can play video games at the same time. The players can play by themselves, against each other, or in teams. What a fun idea for a video game lover's birthday party! The kids are having fun at your house but not running around your living room or tearing up your yard :) 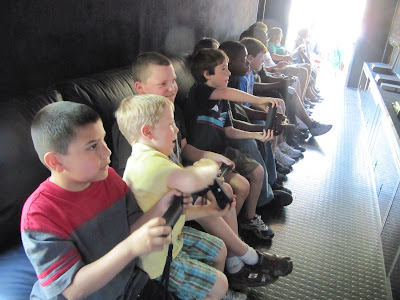 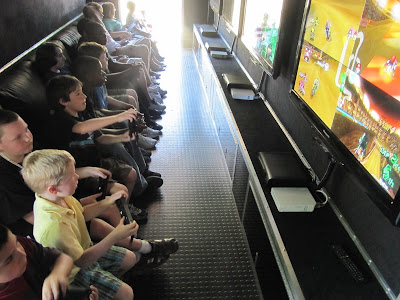 Nicholas spent a lot of time and used up plenty of coupons in the many bounce houses there. We also enjoyed some folk music... 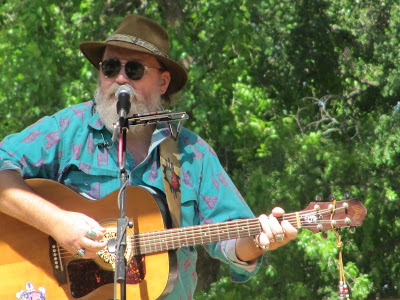 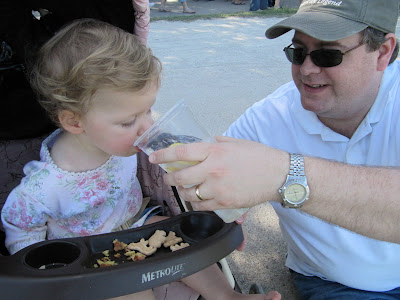 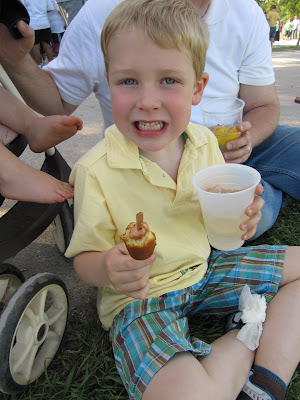 We enjoyed our lunch on the river bank in the shade. We even saw 3 guys in kayaks stroking their way down the Trinity. 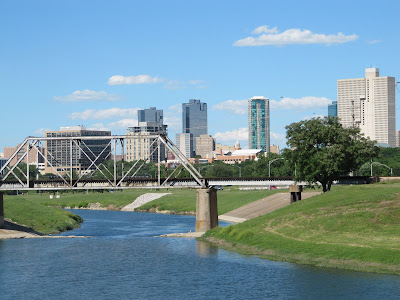 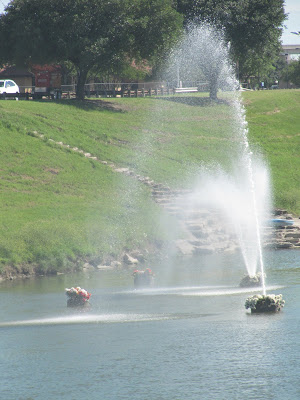 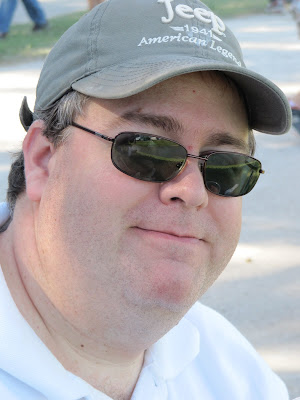 We spent some time looking at the vendor booths. Nicholas wanted to spend some of his own money on this neat jewelry idea. They are real bugs (not alive!) that are encased in clear resin and strung onto necklaces and bracelets. 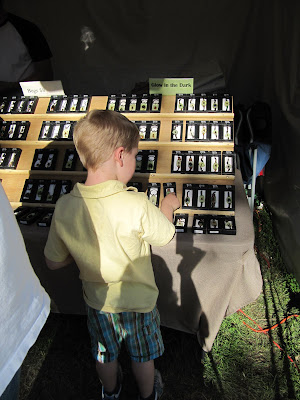 Nicholas chose a cool bracelet with a scorpion in glow in the dark resin. I really love the idea of these. They had bugs and gross stuff but also some pretty butterflies. But I just don't see Nicholas taking care of a bracelet, even one as cool as this. I give it one week before the bracelet is broken or lost :) 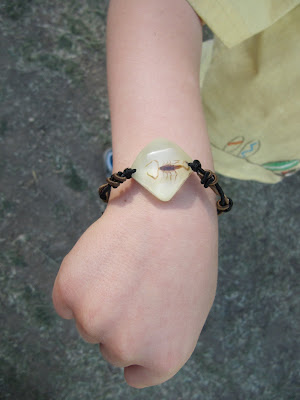 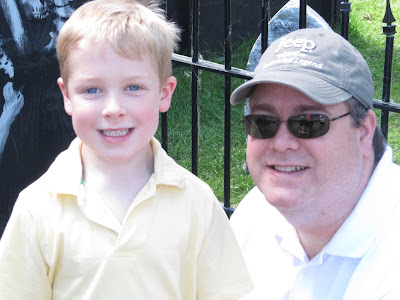 I would definitely recommend Mayfest as a good family outing but I would say that you really need to go early in the day to enjoy everything without the crowds.
at May 03, 2010
Email ThisBlogThis!Share to TwitterShare to FacebookShare to Pinterest