I've waited all year for Nicholas to be able to join Cub Scouts. There is a group at his school but he couldn't join until he was ready to enter first grade. We've got him signed up to start next year so he was invited to an end of the year picnic with his new pack so he could get to meet some of the other boys. There was lots of time to play on the playground. 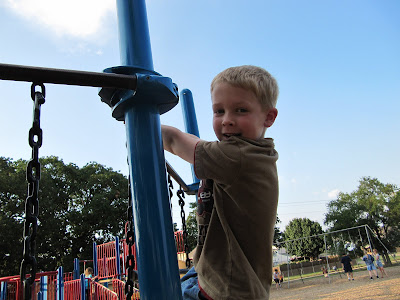 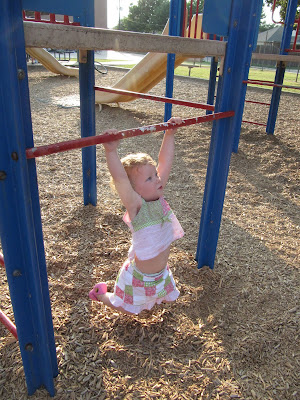 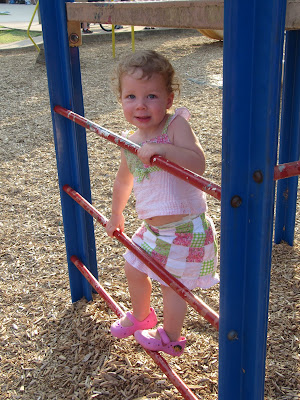 There was burgers and hot dogs, salad, chips, watermelon, and dessert. Yum! 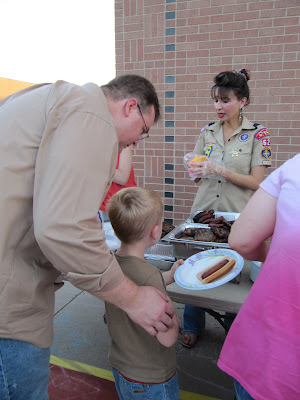 There was a few awards given out to the current scouts. Nicholas and his friend shared a seat while they watched the other Boy Scout groups. 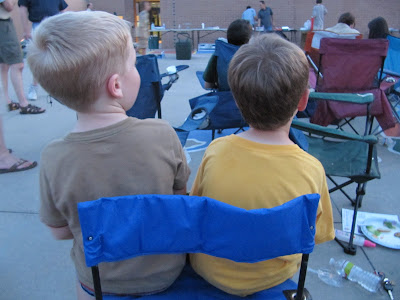 Then they called up the incoming cub scouts. They were introduced and presented with their new Cub Scout manuals and neckerchiefs. 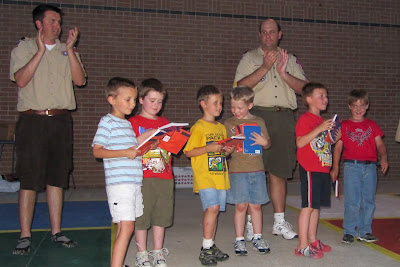 The boys were so proud! Nicholas sat with his friend and they looked through their manuals together. 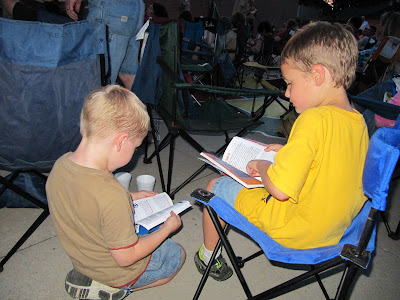 After the ceremony, there was time for more group play. Check out this cool contraption! It's a water balloon launcher! Just pull the bands back and shoot your water balloon into the crowd. The kids (and adults!) loved it! 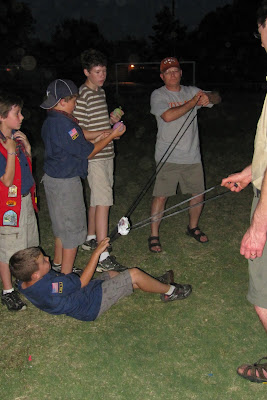 at May 27, 2010
Email ThisBlogThis!Share to TwitterShare to FacebookShare to Pinterest