The other day our sweet neighbor came to the door to let me know that there was water pouring out of the driveway. Huh?

Sure enough I walked outside and this is what I saw. 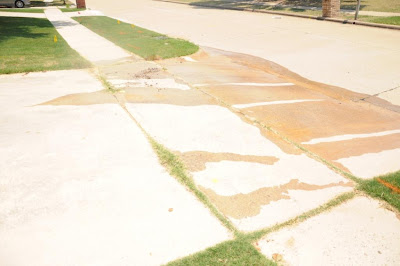 Water was bubbling up out of cracks in the driveway. 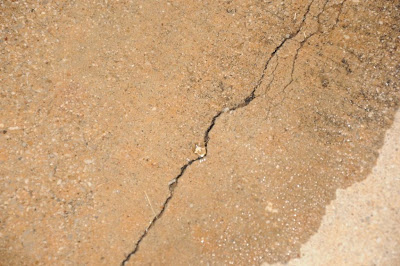 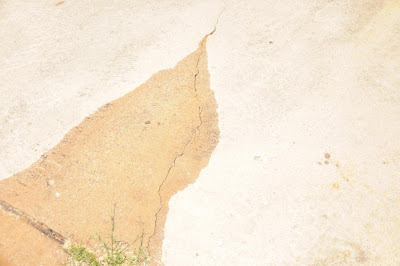 And seeping out of the sidewalk seams. 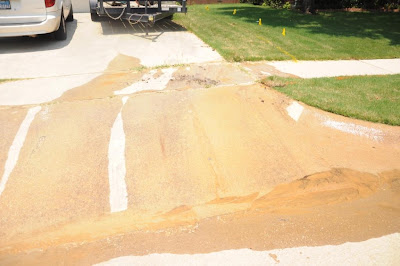 Making big puddles of water along the street. That's a lot of water. 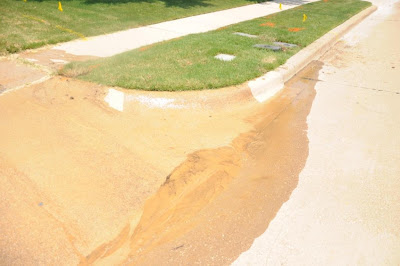 We called the town and told them there was a break in the water pipe. A very nice public works guy came out. He turned off the water at the point where the city line meets up with our line. The flow of water stopped. Poop! That meant that the break wasn't on the city line but in ours....as in its our problem. I may have become a bit flustered (i.e. panicked) about what I was supposed to do next. The public works guy said that if Stuart could find the break in the line and if it was in an easily accessible area then I could call him and he would come back out later that night to help Stuart repair it on his own. Yes, I may have been a little flustered and the poor guy felt bad for me.

Unfortunately, when Stuart dug all around he could not find a leak. He dug around the driveway edges and found water leaking out from under the driveway. Under.The.Driveway. That doesn't sound like something that my handyman husband can fix. And that sounds expensive. And it was.

The concrete work alone (removing and replacing) was $1700. 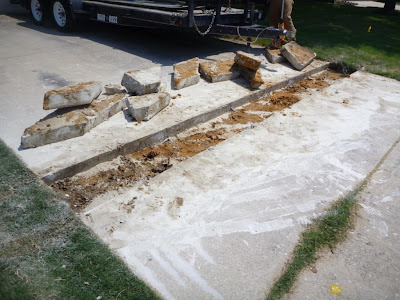 The repair work was another few thousand. They replace the broken line with a newer more up to date version. Since we know that this area has shifting soil, we decided to go ahead and have them replace the rest of the water line all the way up to the house with stronger stuff that hopefully won't break again anytime soon. 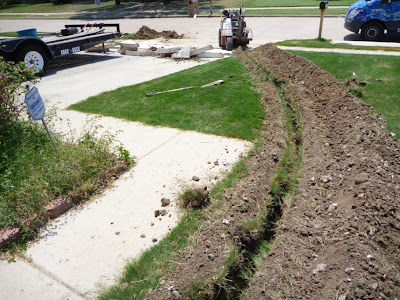 We had to live with caution tape across the front of our house for many days. 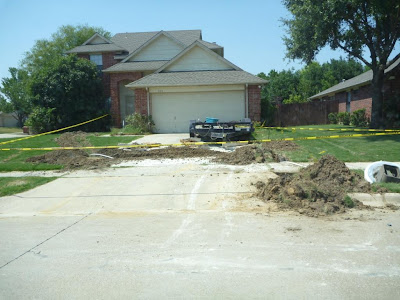 There was the 4th of July holiday that delayed work but the plumbing company had to wait on a town inspector to check the work before the concrete and soil could be replaced.

It cost a small fortune and a bit stressful but it has all been repaired now and things will be back to normal as soon as the grass grows back in.
at July 09, 2012
Email ThisBlogThis!Share to TwitterShare to FacebookShare to Pinterest
Labels: at home