Hotel and Hockey in Allen

Nicholas' hockey team had a hockey game in Allen this morning at 8:30. We would have to get there for 7:45 in order for him to have time to get to the locker room and get all of his gear on. 7:45 is really early for us to be anywhere. But Allen is about an hour away for us so we would have had to leave our house at 6:45 this morning. Wow, that's too early!

Our team mates all live in our general area so they were all in the same situation. Most of them decided it would be easier (and more fun!) to just get a hotel room next to the arena in Allen for Friday night so they could just walk over to the game this morning. How fun for all the boys to be in the hotel together! We couldn't resist!

We stayed at the Marriott Courtyard. The kids and I went up early in the day Friday to get checked in and let the kids play. Stuart couldn't leave work early so he drove up and met us there later.

The kids helped me find our room. 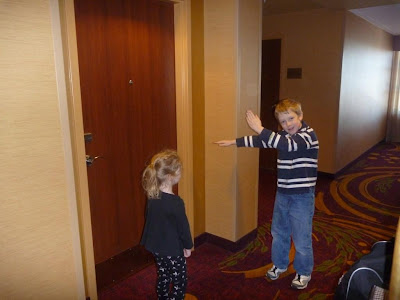 We used the big valet cart to wheel all of our luggage and hockey gear up to the room. The kids had a blast as I pushed them through the hallway! Hee hee! 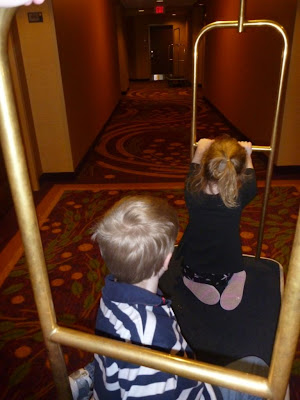 We played in the pool as the rest of the team arrived throughout the afternoon and joined us. 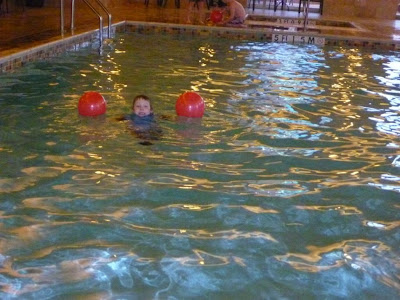 I got this new float jacket for Rachel. It completely holds her up in the water and she can't remove it. Although I stay with her anytime she is in the pool, it's reassuring to know that she will be safe in the water even if I'm not right beside her. She doesn't fully trust it yet and wants to hold on to me or the side of the pool but she can float upright in it just fine. 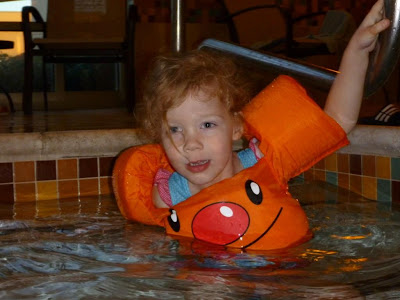 Last night the Allen Americans minor league had a hockey game so a lot of us got tickets to take the boys to see it. What fun! 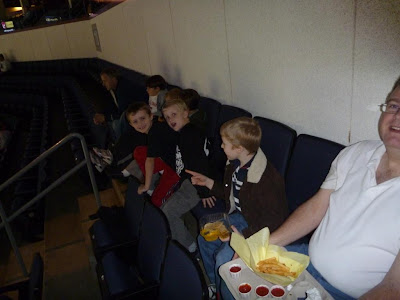 Everyone loves when the R/C blimps float overhead and drop coupons and t-shirts on the crowd. 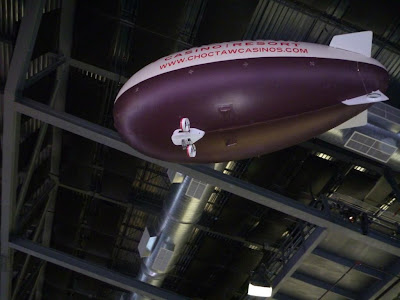 Rachel tried to catch something but it never dropped it over us. 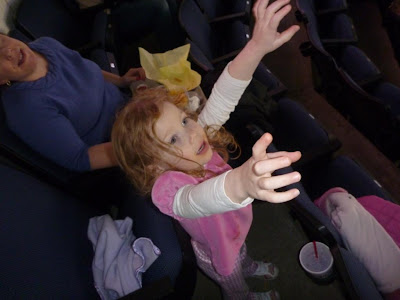 But Nicholas ran down the row and caught a coupon. He was pretty excited but unfortunately the coupon was just for Choctaw Casino. 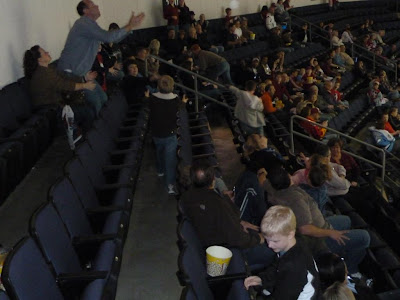 Rachel did better at the game than we expected. She watched some of the game even though she doesn't really understand what's going on. 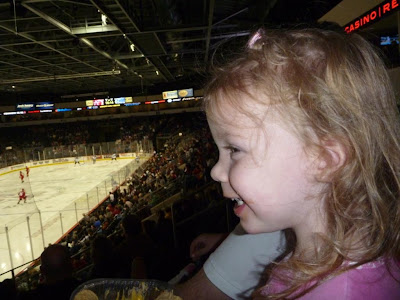 Daddy brought her down lower between periods so she could watch the Zamboni clean the ice. 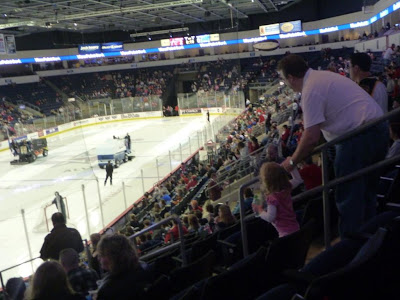 She also had plenty of junk food dinner options to keep her busy. 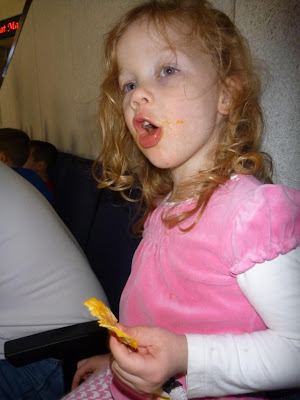 Eventually she got bored and I pulled out her vTech tablet to let her play. It was the only way to keep her in her seat but at least they are educational games. 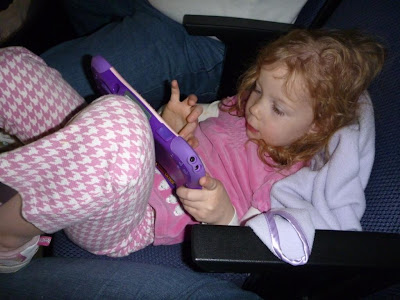 There was lots of popcorn, nachos, hot dogs and more to be enjoyed. 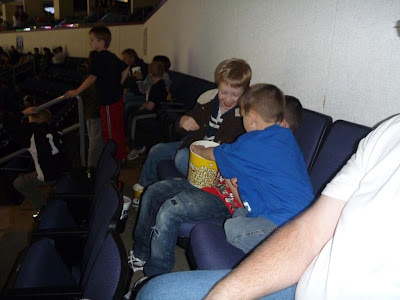 The boys cheered for Allen and had a great time, even though their team didn't win. 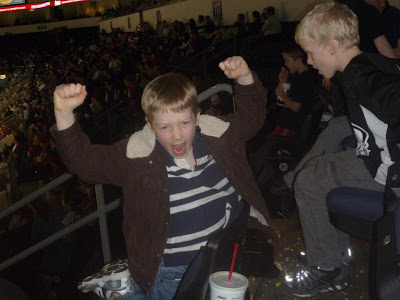 This morning it was a little hard to get going and some of the boys were dragging a bit. Maybe staying up late for the game last night wasn't the best idea but it sure was fun! The coach gave them a pep talk before getting out on the ice. 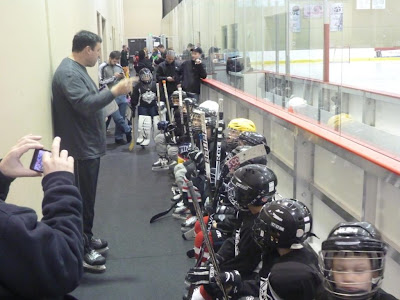 At the games, Rachel plays with other young siblings that have to go to their older brother's games. Here is one of her good friends. Sometimes they play with little toys, playdoh, or whatever parents have brought for them to keep occupied with. Today there were just video games but they sat next to each other and watched each other play. 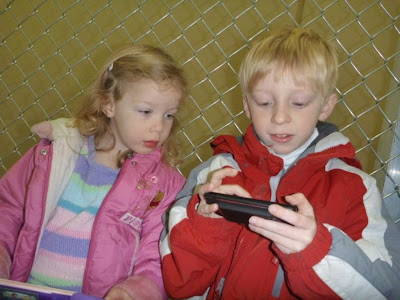 Although the boys are certainly well matched for this Allen team, they didn't win the game. We weren't too surprised considering the lack of sleep that most of them had. But it sure was fun and we'd love to do it again!

at January 29, 2012
Email ThisBlogThis!Share to TwitterShare to FacebookShare to Pinterest
Labels: friends, hockey