Nicholas did a great job this year on his car. He sorted through his vast collection of toy cars and picked one that he thought would be aerodynamic and cool looking.

He drew a pattern for the car on paper then copied the pattern to his block of wood. He did a lot of work with tools on his own with just occasional help from Stuart.

It turned out looking great! 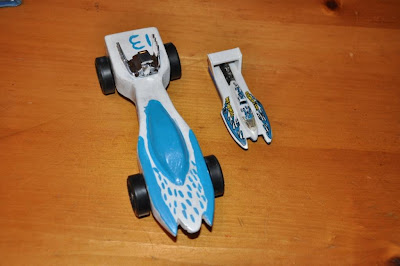 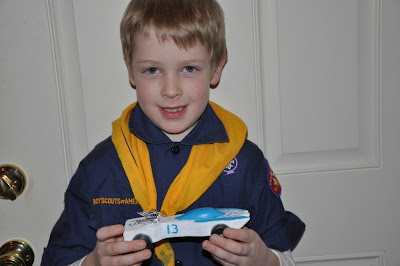 We had the races at the school. It's always exciting to see this track set up in the cafeteria. 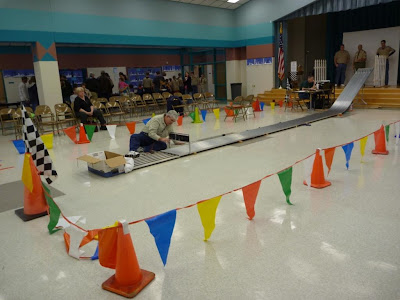 Nicholas did great on his first few runs. He's the white car, second from the left in this video.

The boys race their cars multiple times. Unfortunately, as the races continued, Nicholas' car went slower and slower. We aren't sure what happened but something must have wiggled out of place which affected the car's performance.

Nicholas was a little sad that he didn't place because he did so well in the race last year. But it was a good opportunity for him to practice good sportsmanship and to start making plans for next year's car to be his best ever!
at January 28, 2012
Email ThisBlogThis!Share to TwitterShare to FacebookShare to Pinterest
Labels: Cub Scouts, Nicholas