Rachel is having her birthday party at Indoor Safari Park play area so she wanted some really cute jungle theme party invitations.  We had some plastic jungle animals to put on top of her cupcakes and to decorate her party table so it only made sense to somehow incorporate these into her invitations. 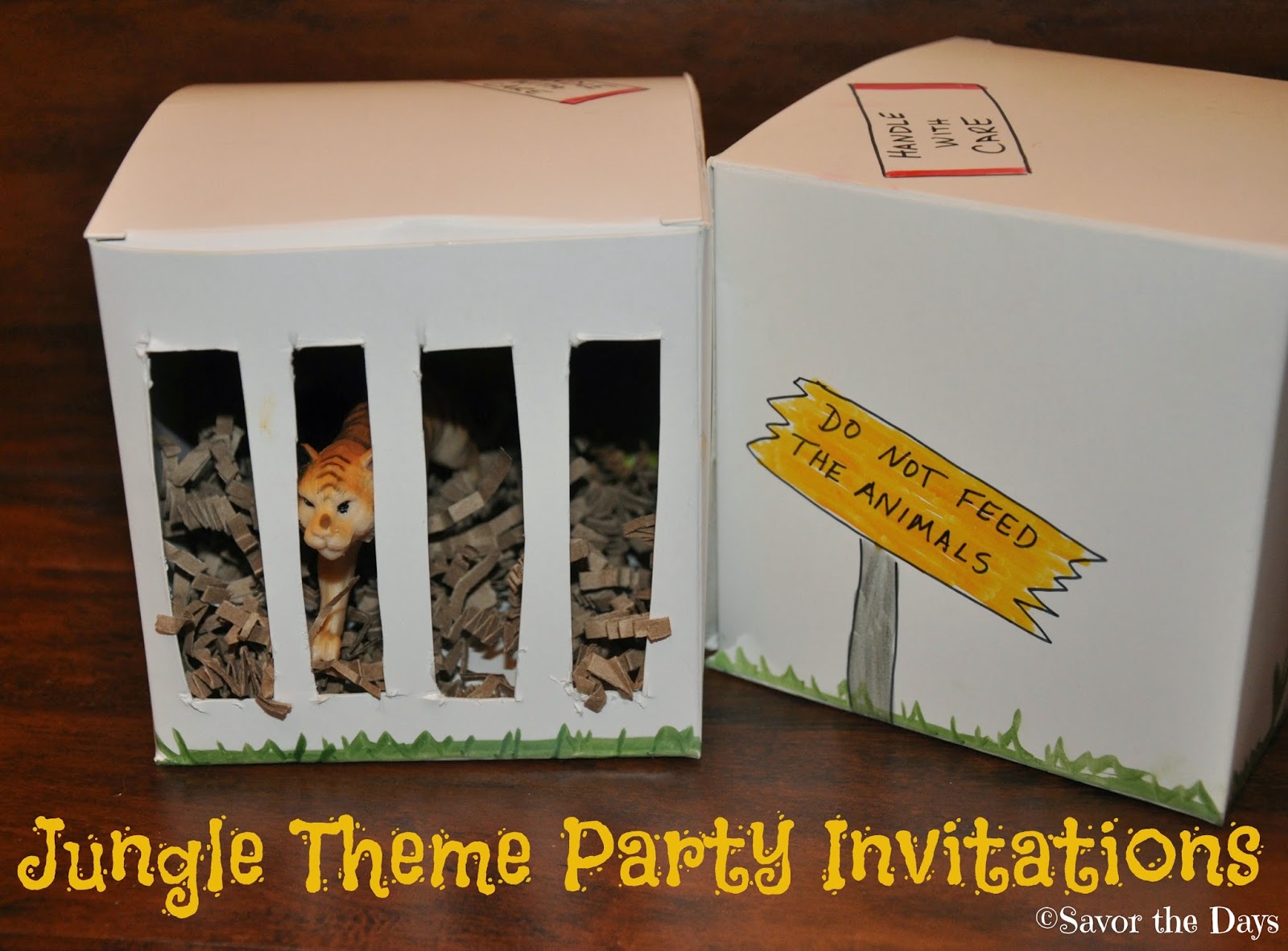 For her big brother's party this year, we made some fancy knight themed invitations in a scroll to go with his Medieval Times birthday party.  So Rachel expected the same level of over-the-top invitations for her party.  She actually helped me come up with this idea of putting one of the little jungle animals in a cage.  They turned out really cute and they weren't hard to make at all.

We found the little boxes for sale in the gift wrap section at Hobby Lobby.  They worked well with the size of the animals we had.  We also used some gift basket filler, markers, scissors, and an invitation with all of the party info on it. 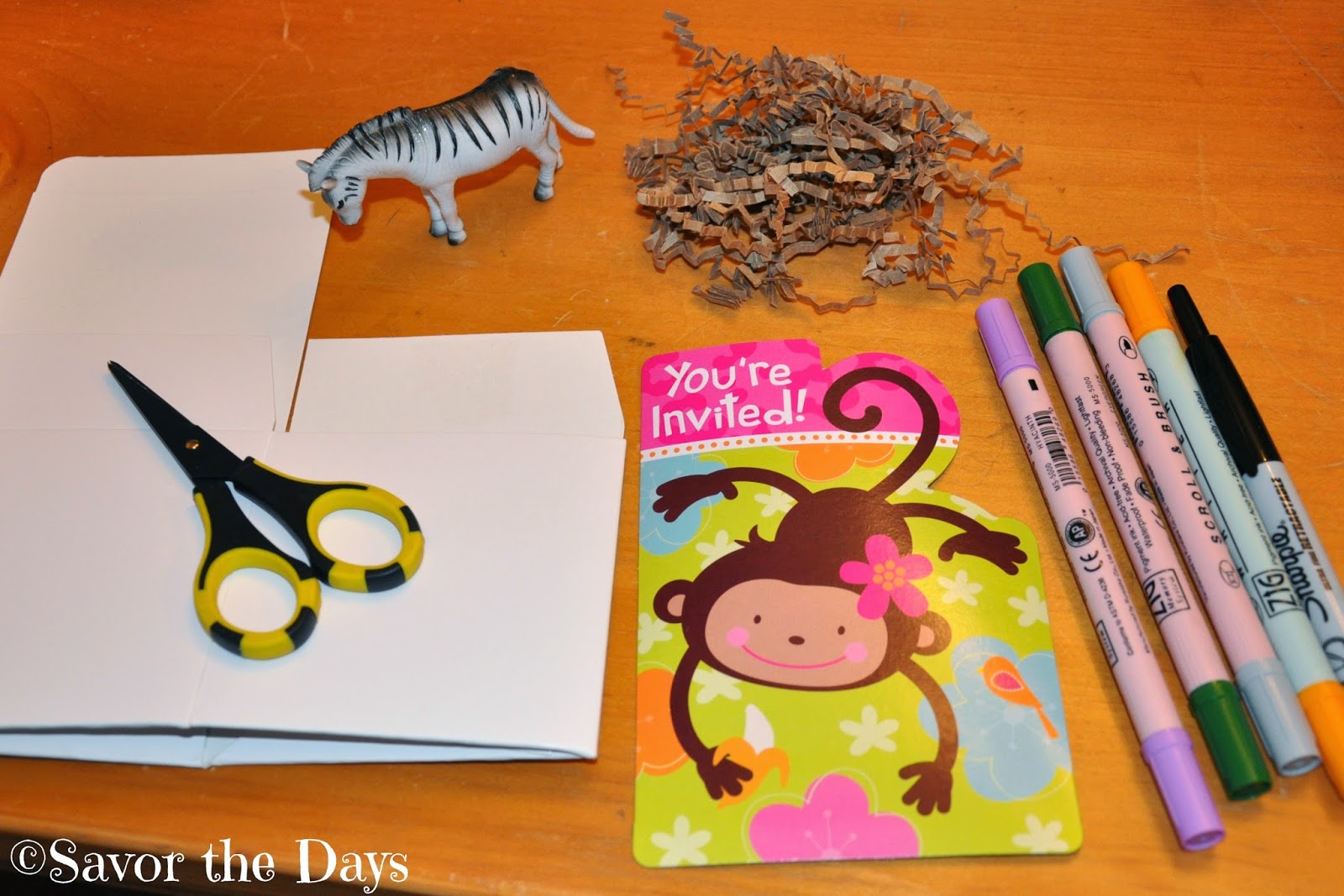 I used my sharp scissors to start the holes for the cage.  I had originally thought of cutting holes in all four sides to make a more realistic cage.  However, I realized that would make it more time consuming plus the box would loose a lot of its structural integrity so I decided to just cut holes on one side. 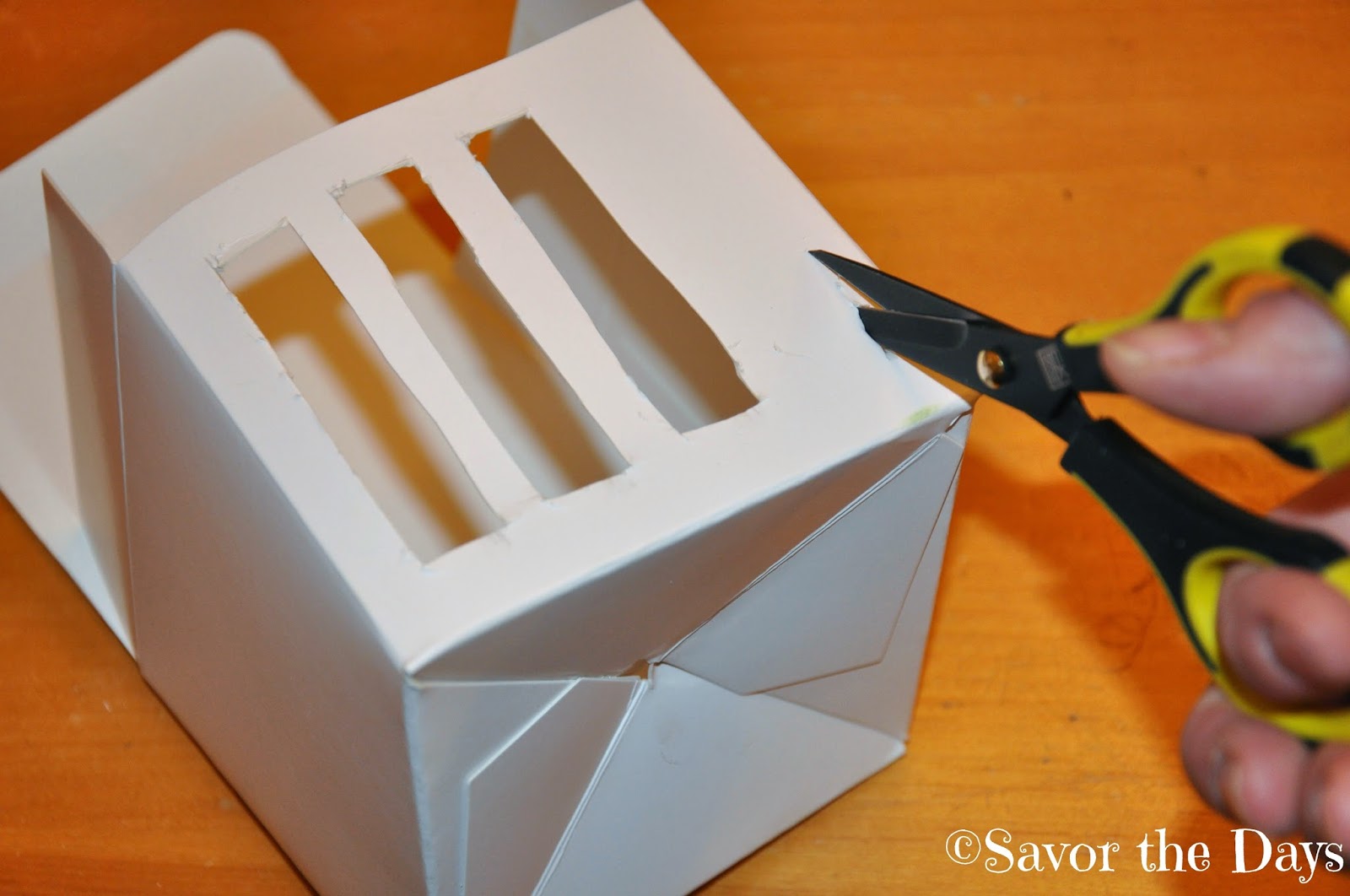 Then we put the basket filler in the bottom of the box along with the jungle animal and the invitation. 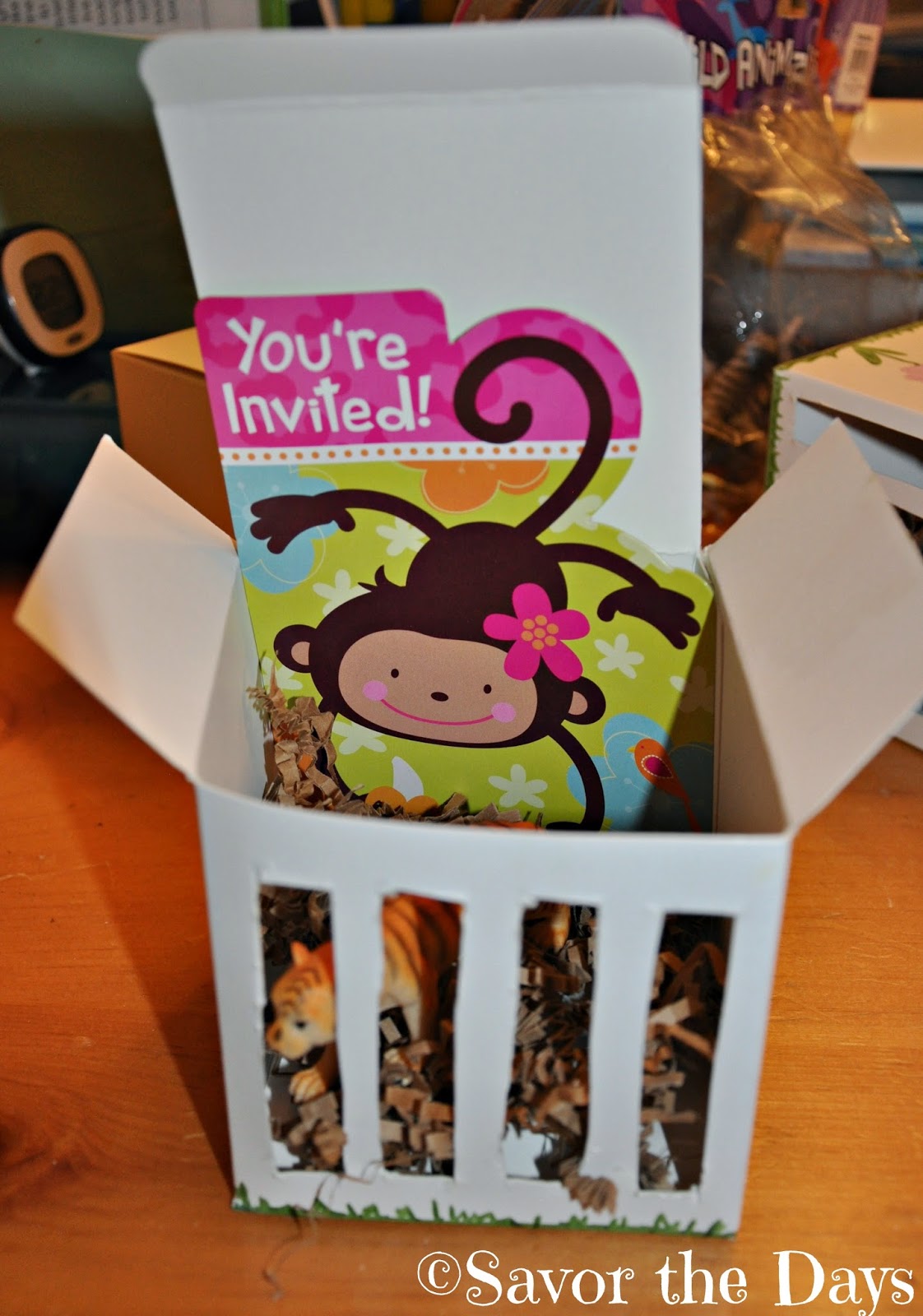 It looked cute enough like that but I thought it needed more color so I added grass, flowers, a "Do Not Feed The Animals" sign on the back and a "Handle with Care" sign on the top of the box. 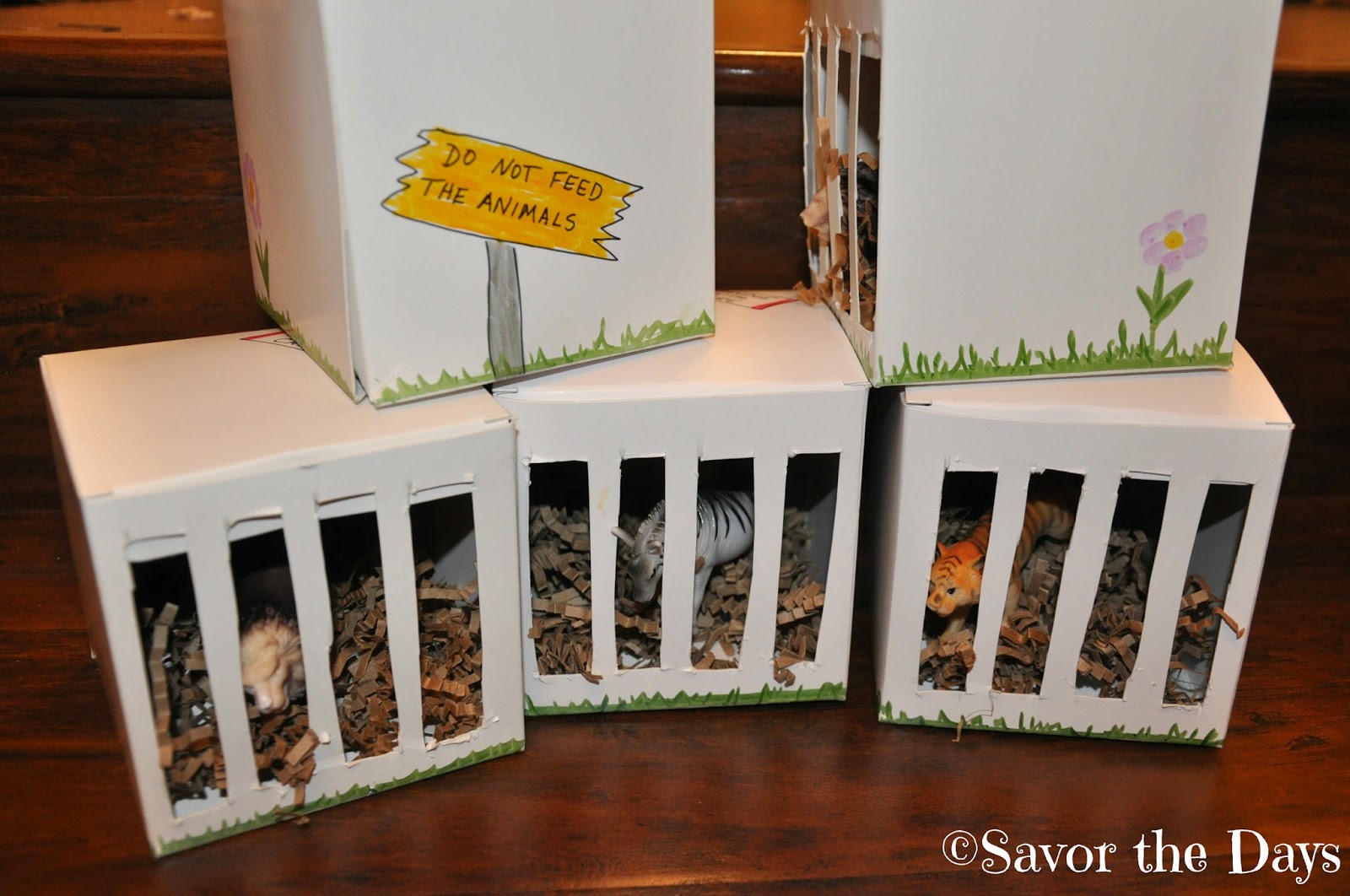 The only down side to these invitations is that they can not be sent through the postal service so we drove around to her friends' houses and left them on their doorstep for a fun surprise!
at October 15, 2014
Email ThisBlogThis!Share to TwitterShare to FacebookShare to Pinterest
Labels: birthday, craft, DIY