My kids both like to make crafts and draw pictures in their free time.  They will work at the kitchen table while I'm washing dishes or cooking dinner.

Yesterday Nicholas just kept asking me what he should draw.  He drew a peacock then a praying mantis but still needed more ideas for what to draw next.  So I tried to stump him by asking him to draw a giraffe weevil.  I should have known better since son would probably qualify as a junior entomologist.

He soon came back with this amazing drawing.  Seriously, take a look here to see what a giraffe weevil really looks like! 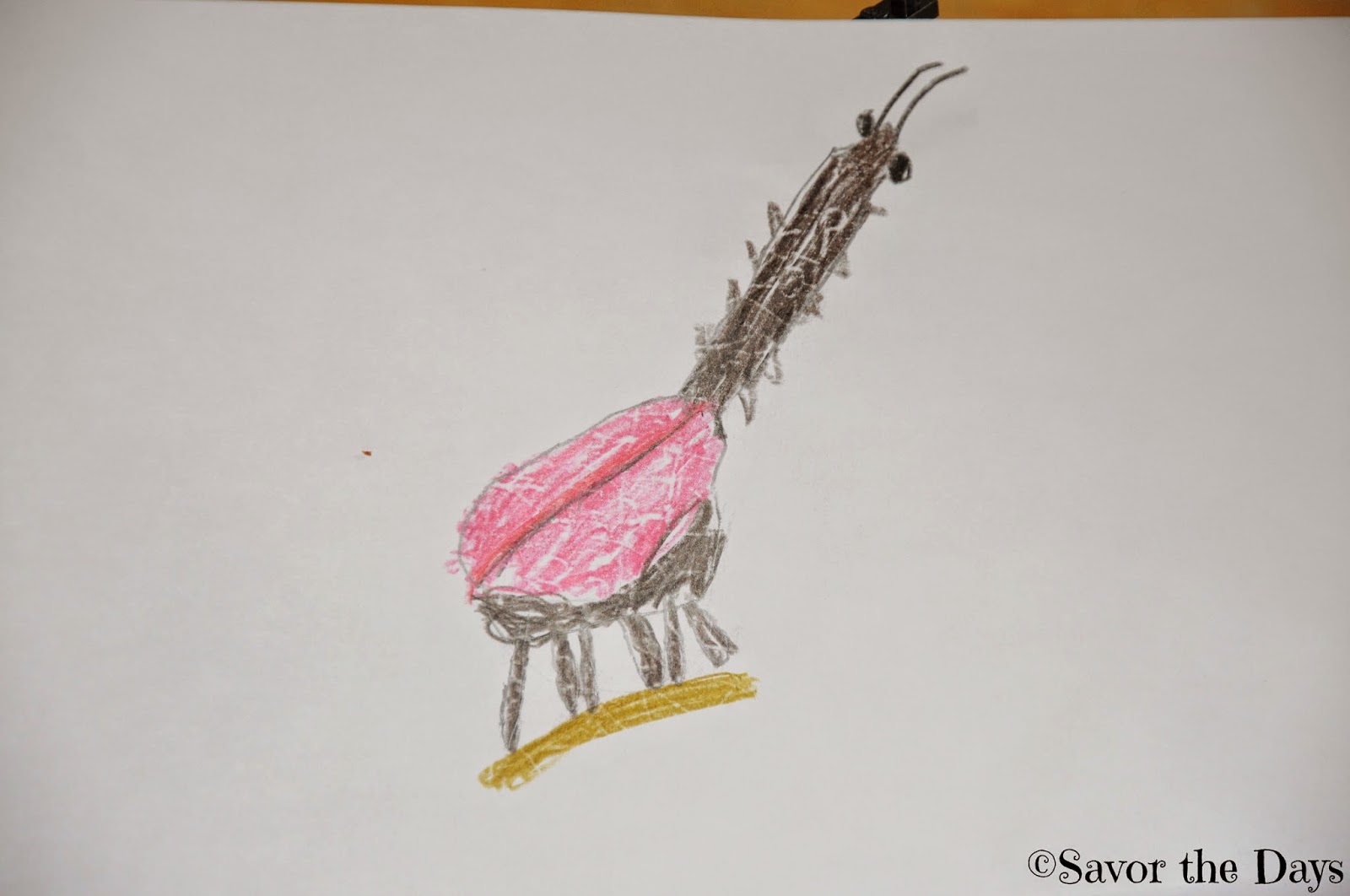 As Nicholas often does, he disappeared for a few moments and came back with his version of a LEGO Giraffe Weevil.  Yep, how many kids can make that in five minutes without instructions? 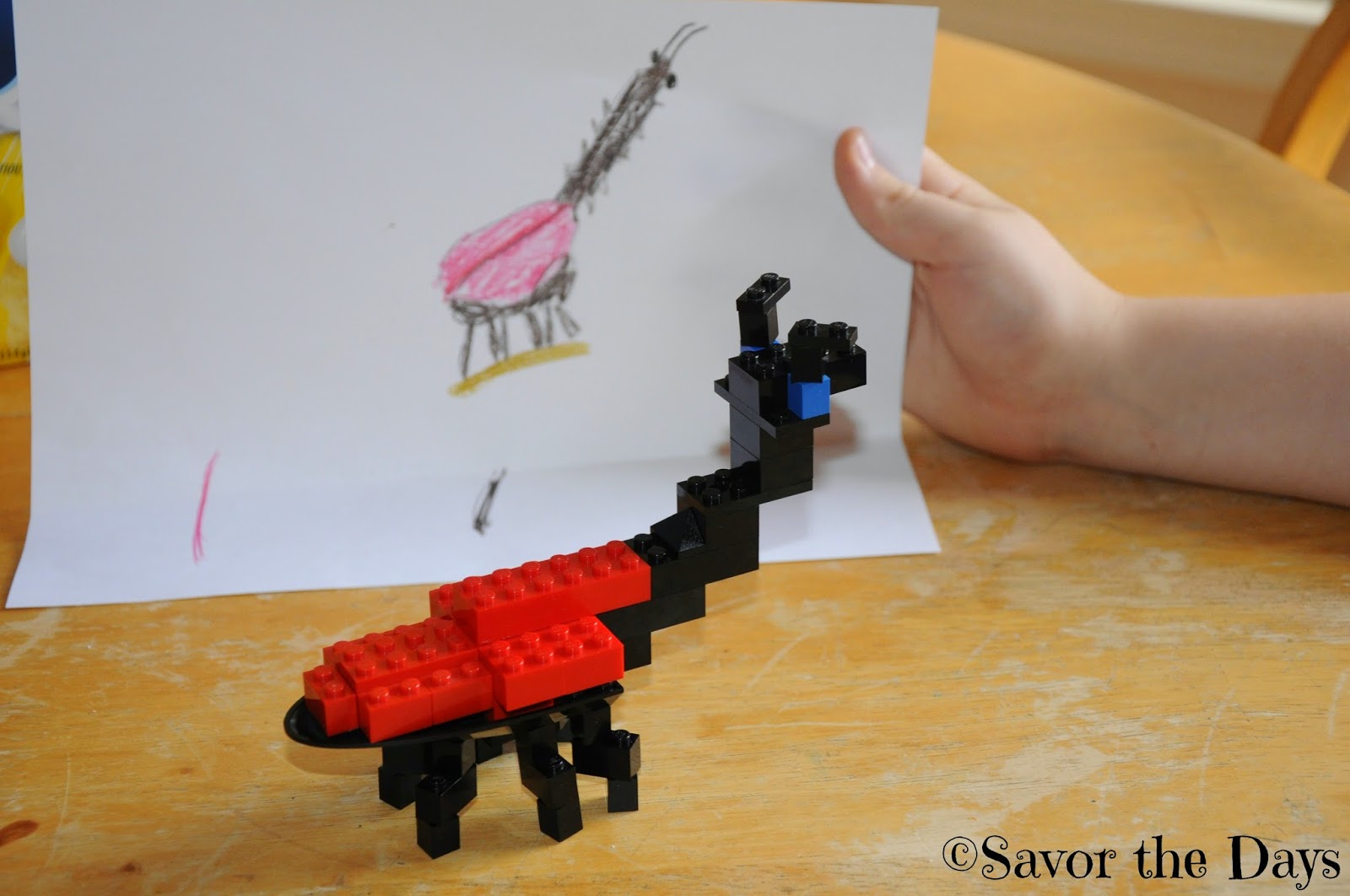 And just to take another step into creativeness, he then donned his black hood from a ninja costume and a red cape from Six Flags to become...dun, dun, dun....a GIANT Giraffe Weevil! 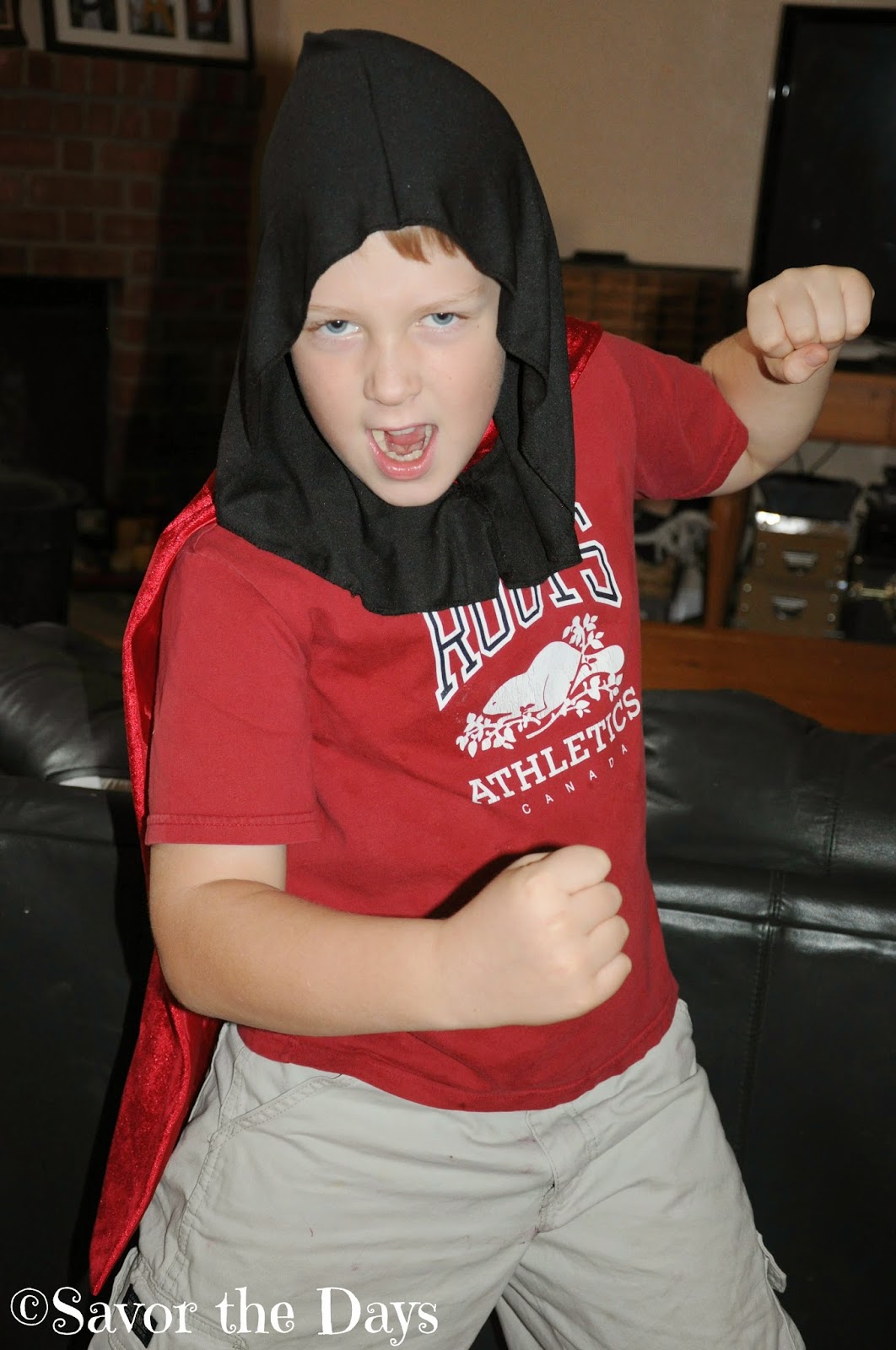 Nicholas is so bright but his creativity and ways of thinking outside of the box just amaze me.
at October 01, 2014
Email ThisBlogThis!Share to TwitterShare to FacebookShare to Pinterest
Labels: art, at home, bugs, costumes, legos, Nicholas