Having a Wild Time at Indoor Safari Park

Rachel had her birthday party at Indoor Safari Park, a cute indoor play area for kids.  There are several climbing playgrounds, inflatable bounce houses, slides, ball pit, and trampolines.  So much fun! 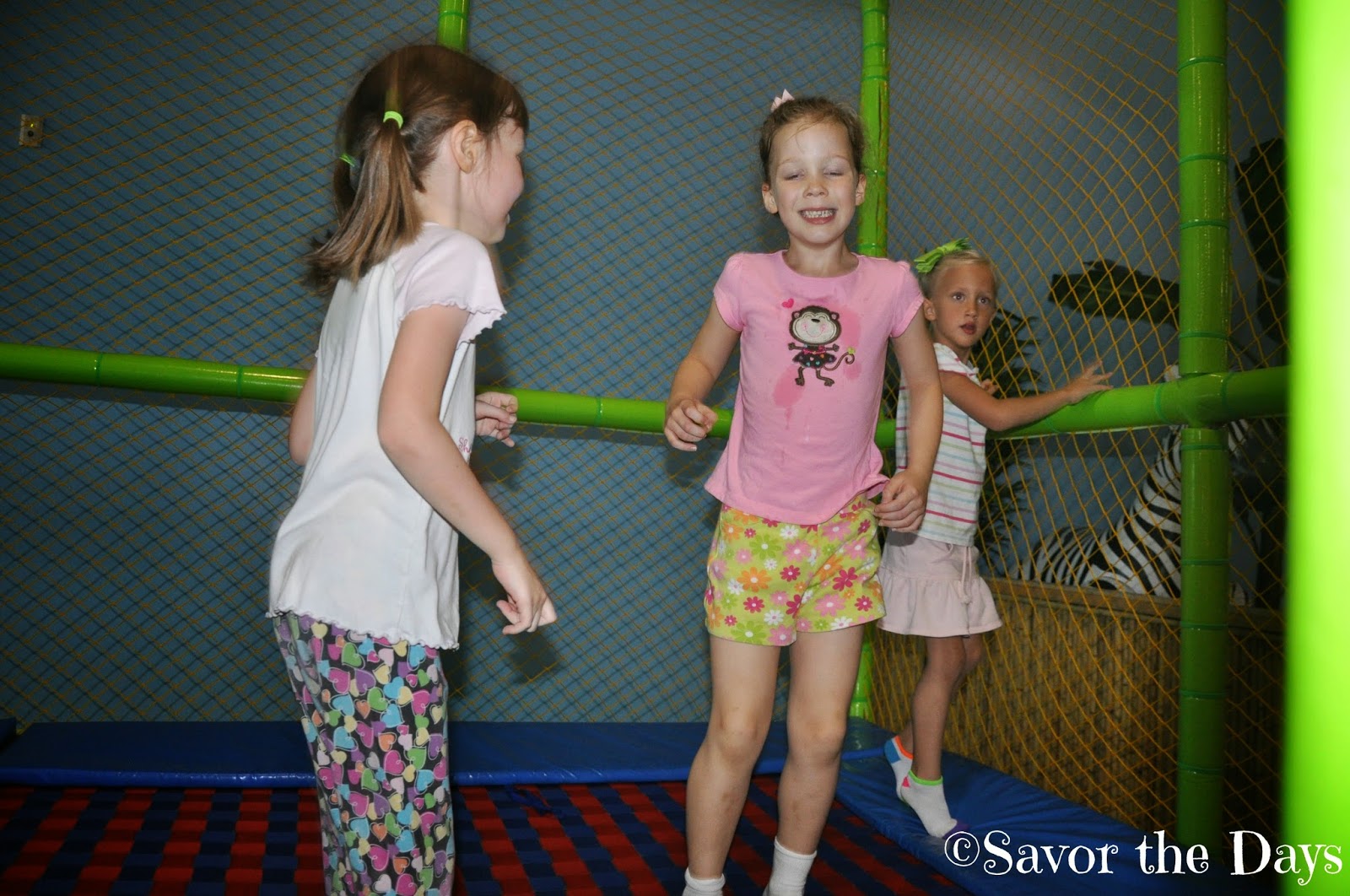 I tried to get a cute shot of Rachel rolling in the ball pit but she was a wiggly worm and just never stayed still long enough to capture the moment!  She was just too excited! 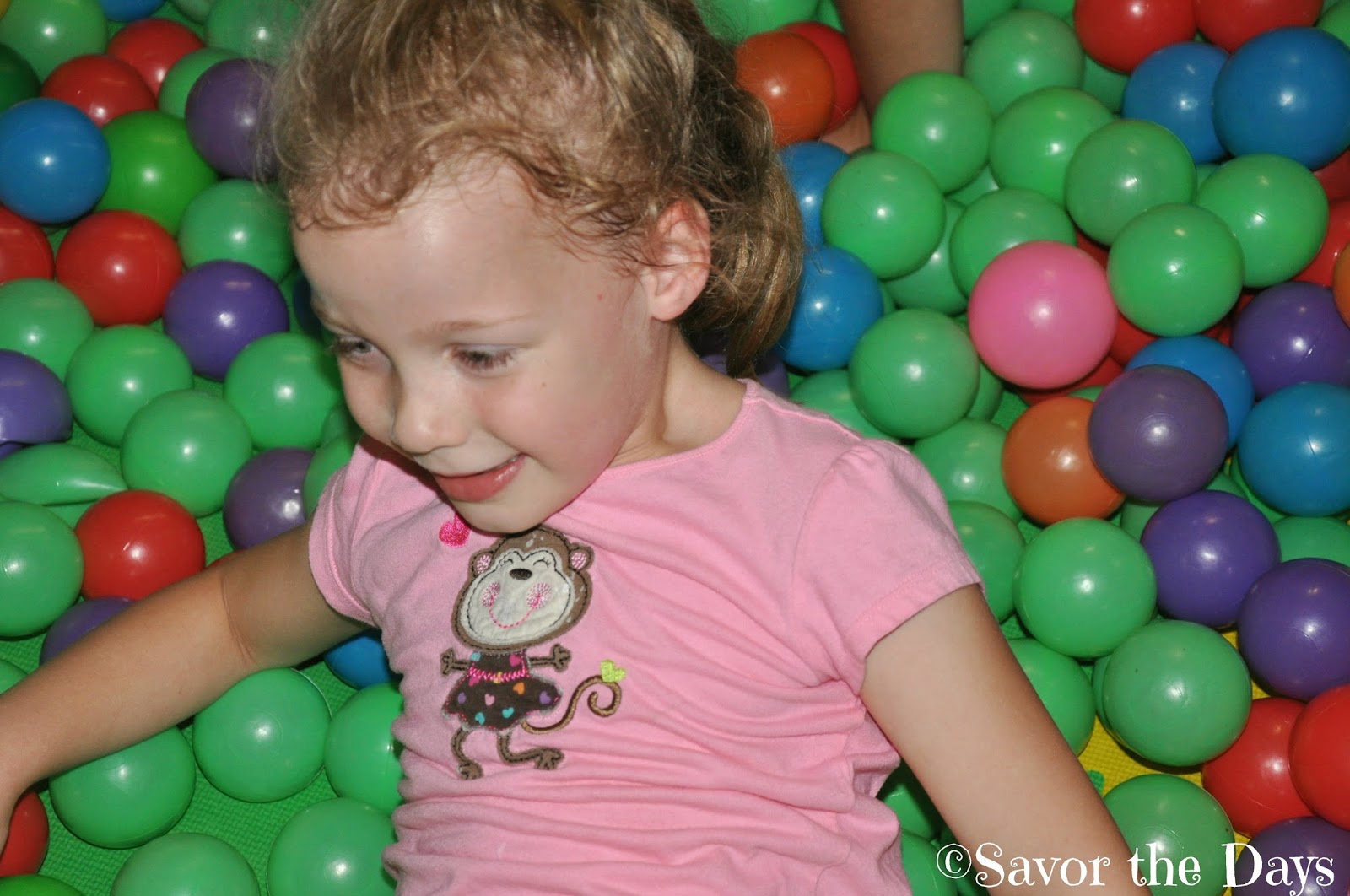 The kids took a safari train ride through the jungle.  Our party guy talked about the animals they saw along the way and even had the kids make the different animal sounds. 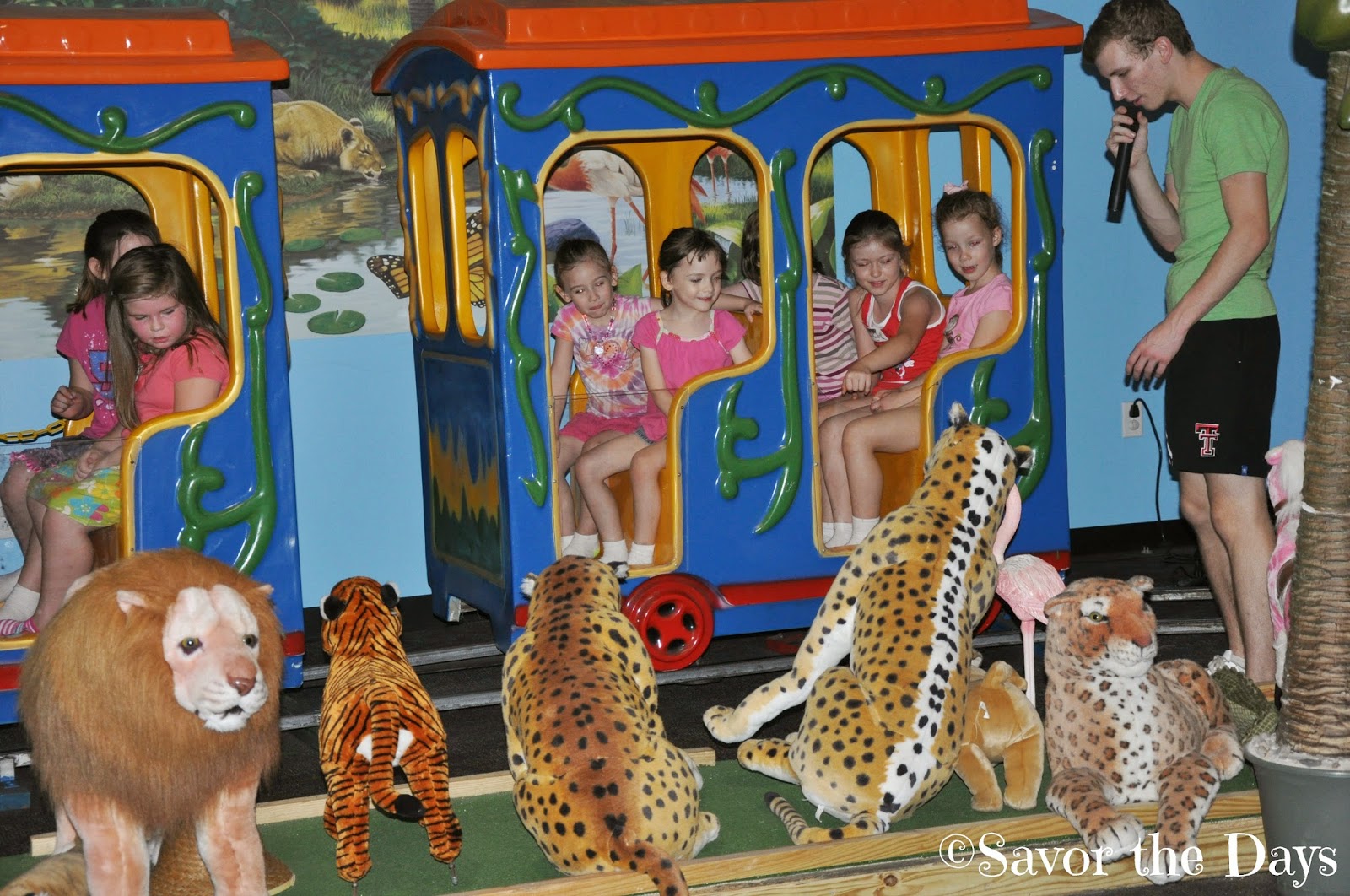 She had lots of friends around her.  There were friends from her acting class, American Heritage Girls, and Community Bible Study class.  Plus a few of their siblings tagged along too. 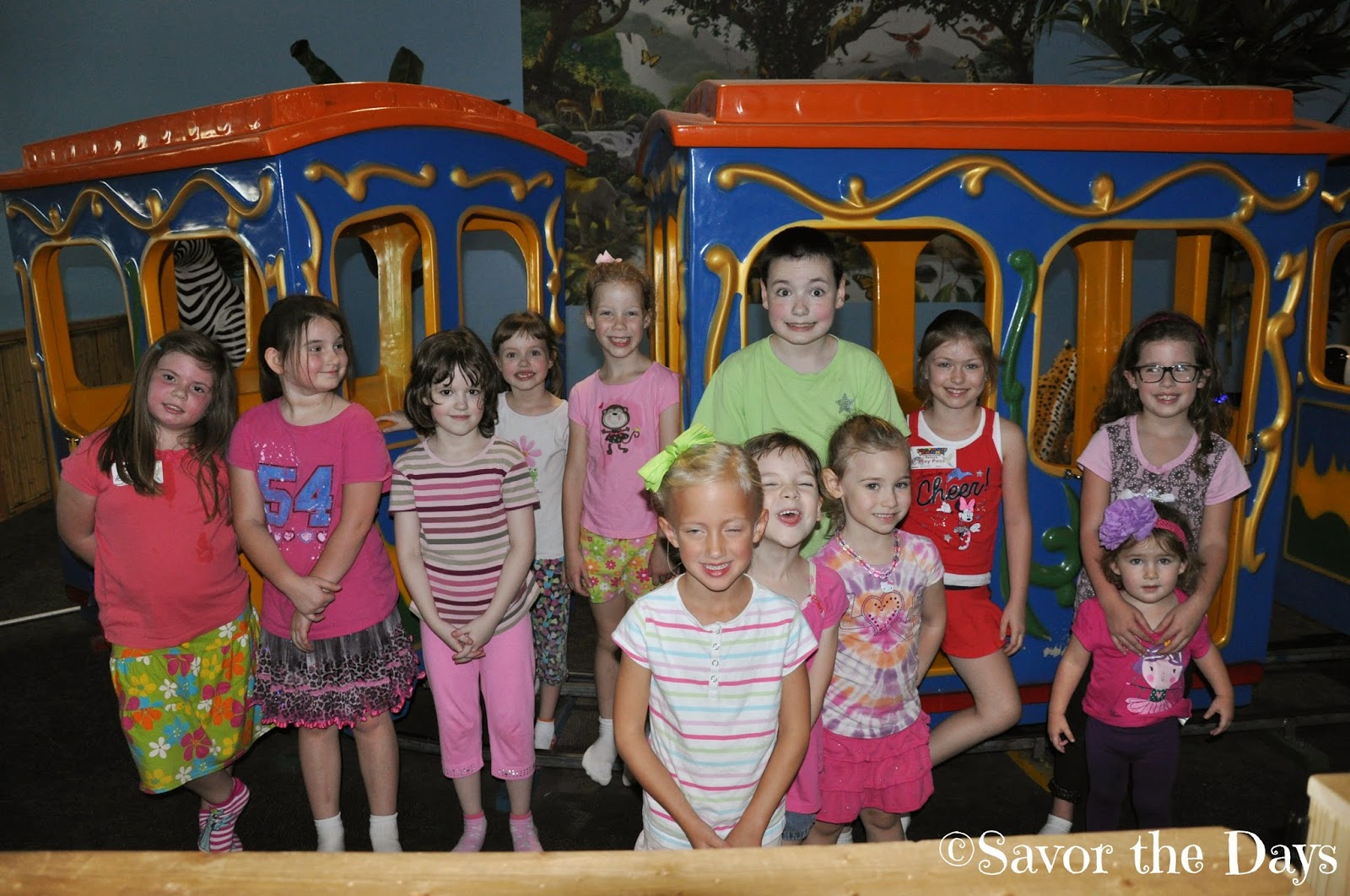 Rachel's favorite part was the robotic animal rides.  They move on their own and can be steered but the party guy was right there to make sure the kids didn't play bumper cars and run the animals into the walls. 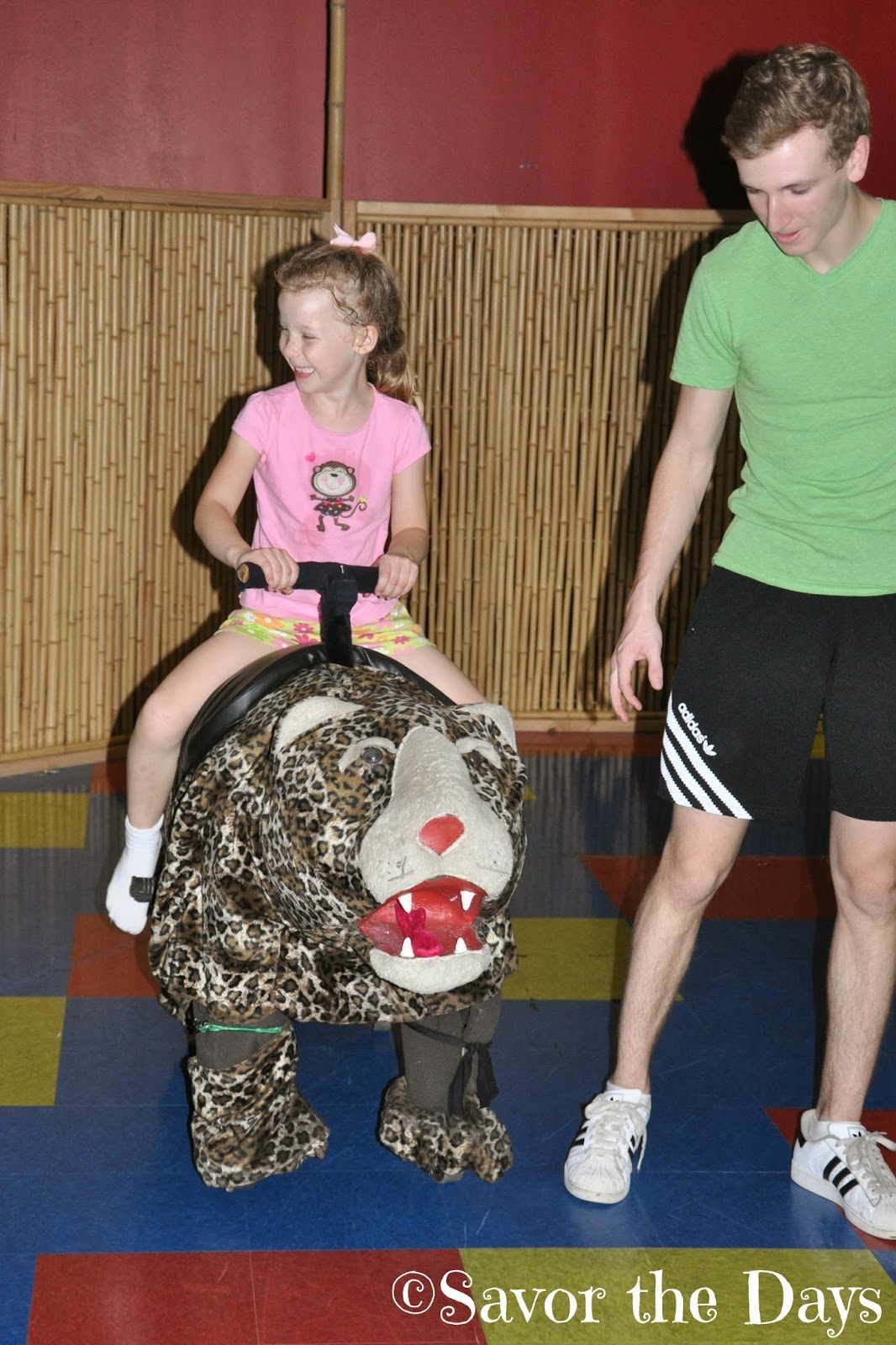 What a happy birthday girl!  I love to see that smile! 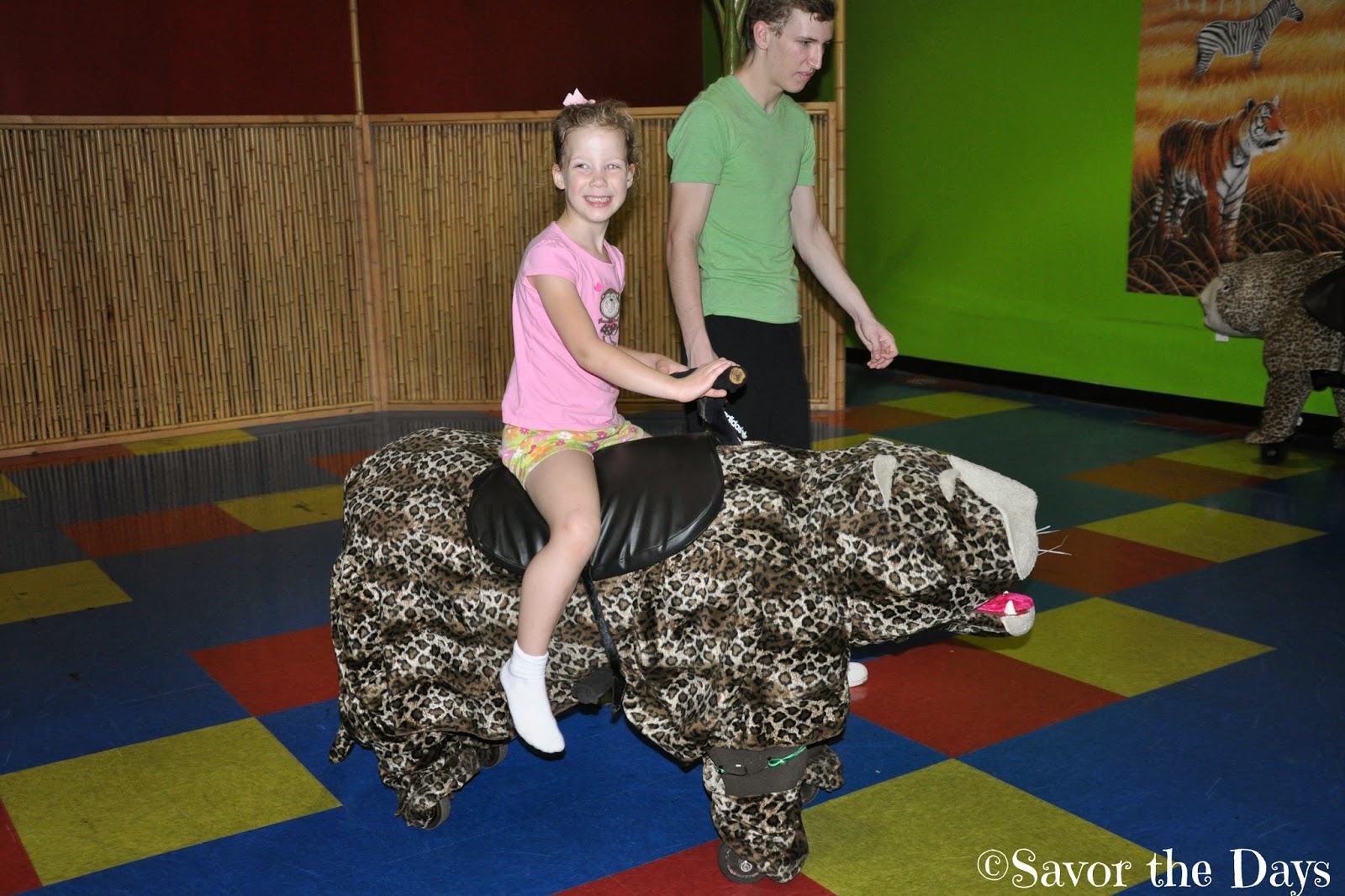 Rachel had some colorful cupcakes.  We topped each one with a little jungle animal, except for hers which only had room for her giant "6" candle. 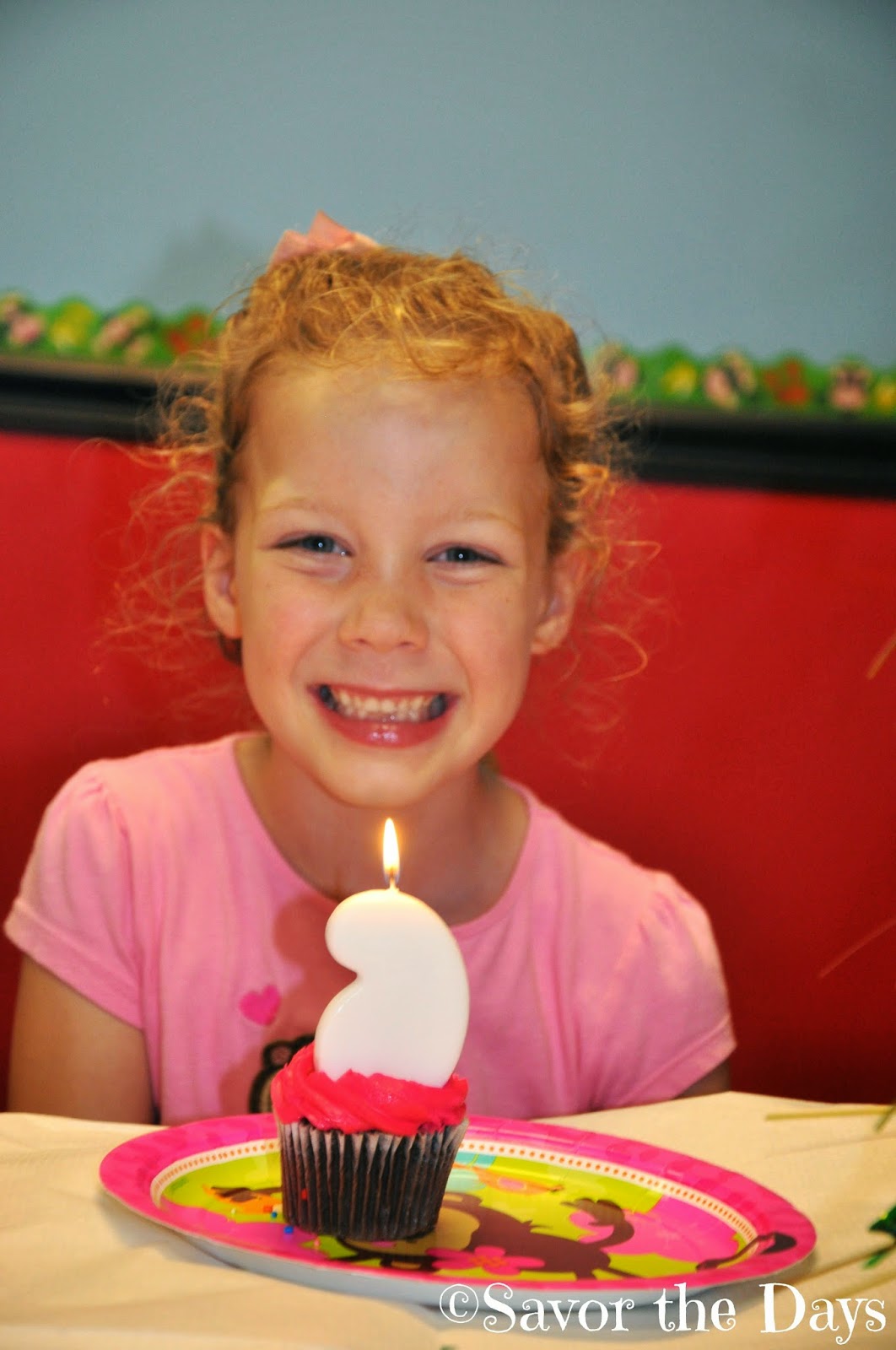 Of course, if you know our baby girl, she loves icing.  When I asked her about what kind of cupcakes she wanted she seriously said that I could just give her a big tub of icing and a spoon!  So it isn't a surprise that she only licked the icing off of her cupcake and called it done. 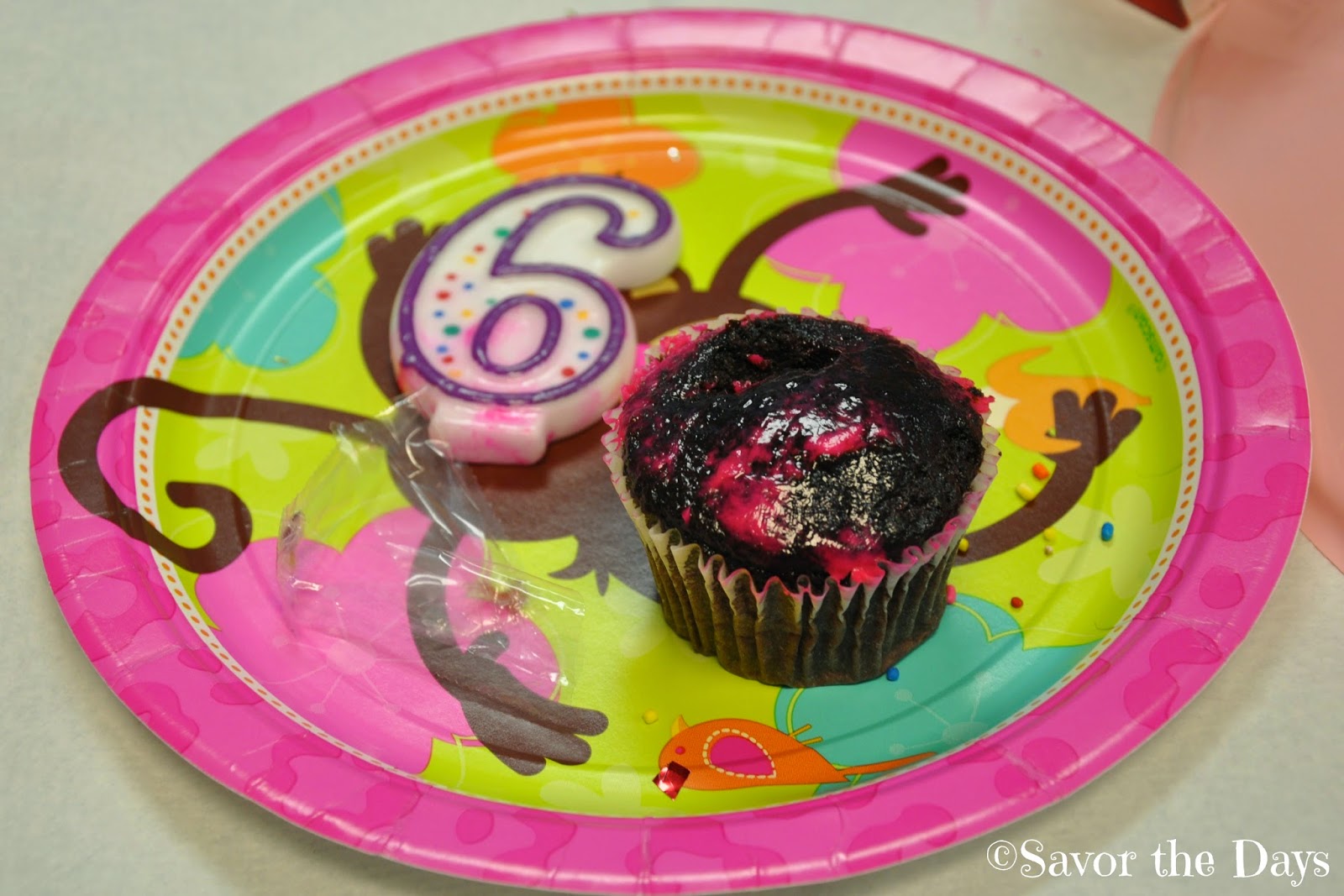 Before the party, we had talked about just bringing her presents home and opening them there so she could have more time to play with her friends.  She had agreed but as she was eating her cupcake she just kept staring at the big pile of presents and she just couldn't resist.  She started digging in. 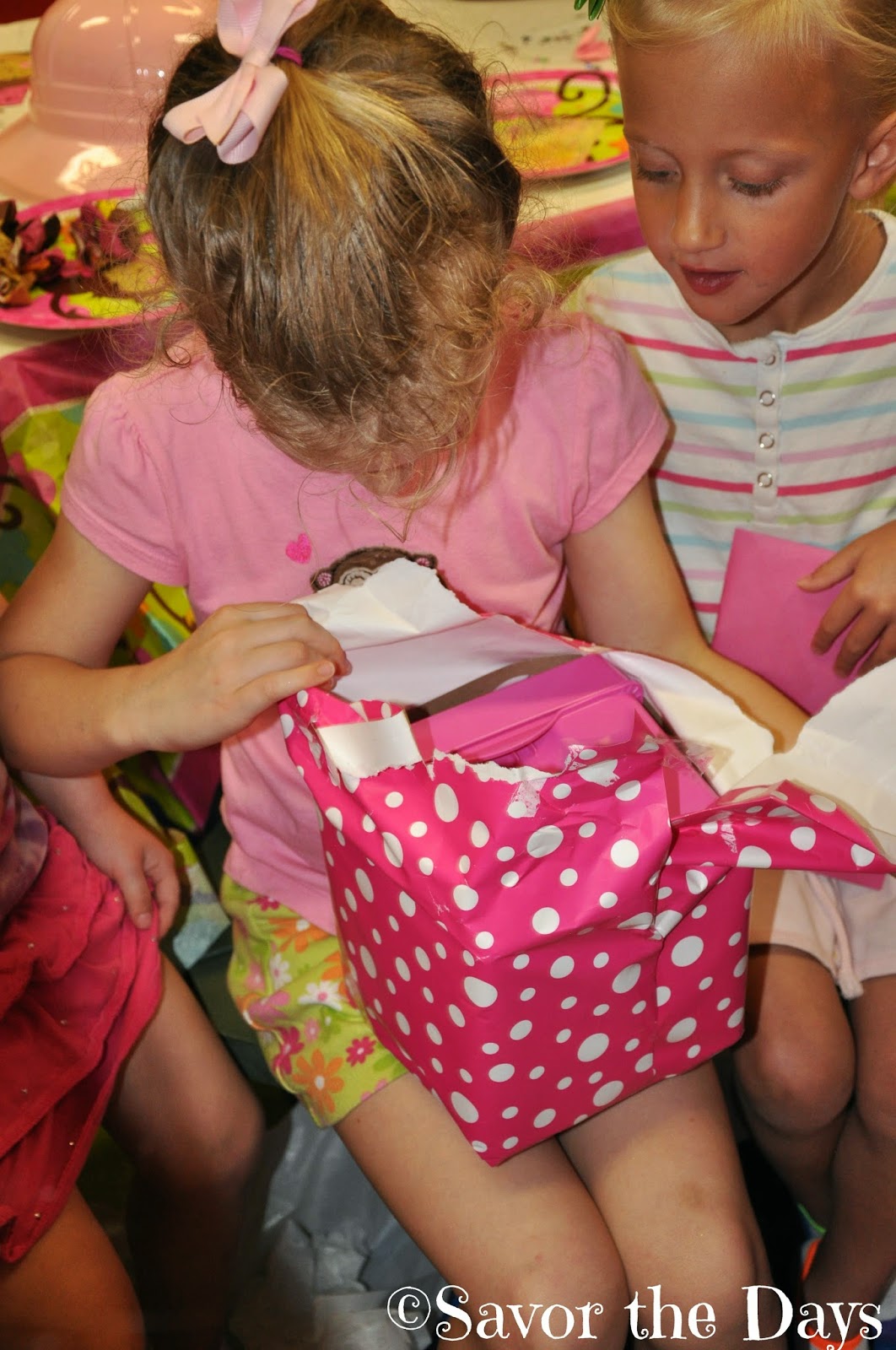 Everyone had a great time and they each had a pink safari hat and a goody bag to take home.  Rachel said it was the best birthday party ever!
at October 26, 2014
Email ThisBlogThis!Share to TwitterShare to FacebookShare to Pinterest
Labels: animals, birthday, party, Rachel