February 06, 2014
We woke up to a beautiful dusting of snow on the ground.  We explored outside and found these tracks in the snow.  They traveled across the street and up our driveway.  Bunny?  Cat? 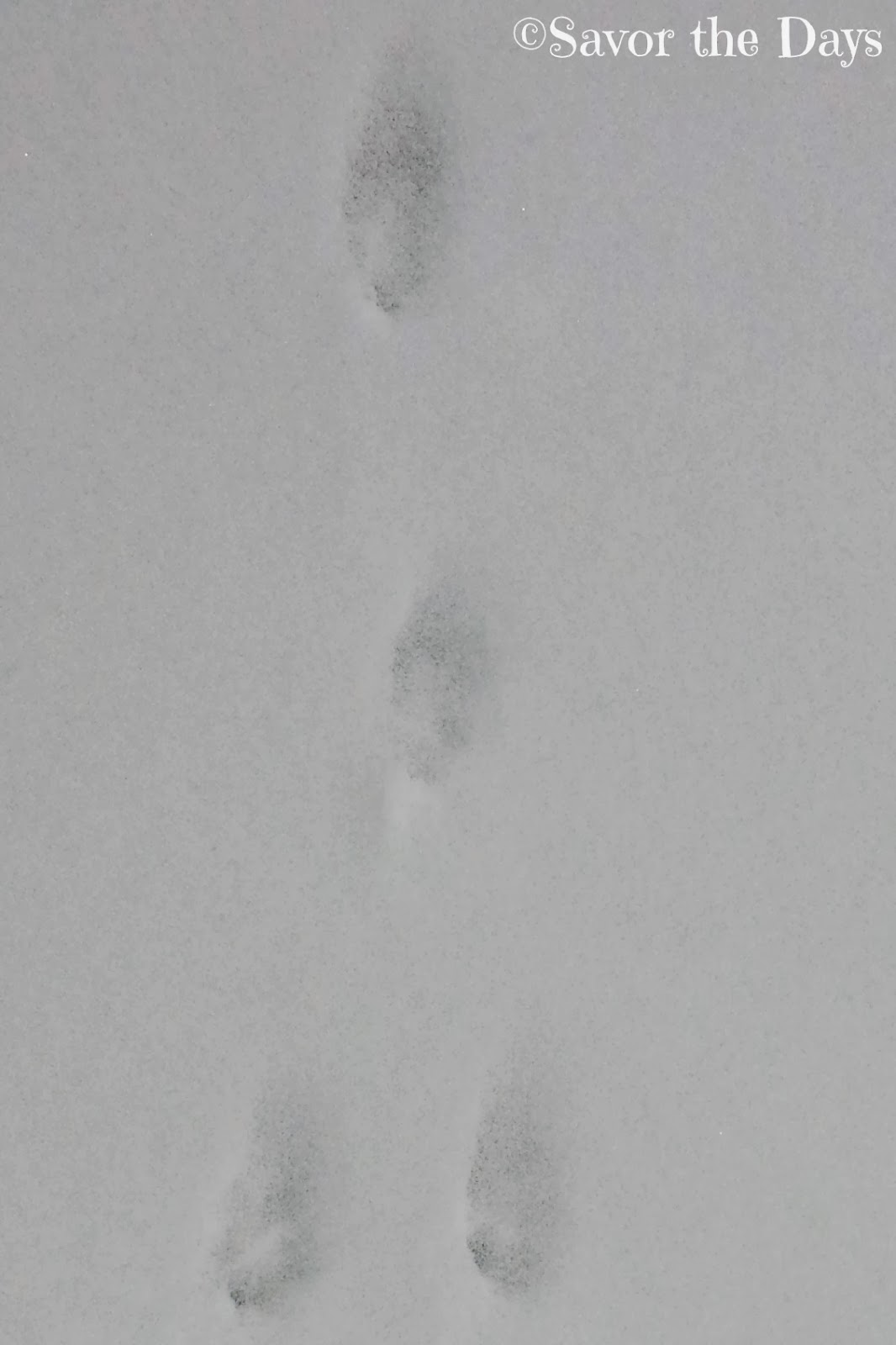 The kids decided to make their own tracks in the snow.  Nicholas made a path in the snow and Rachel followed it. 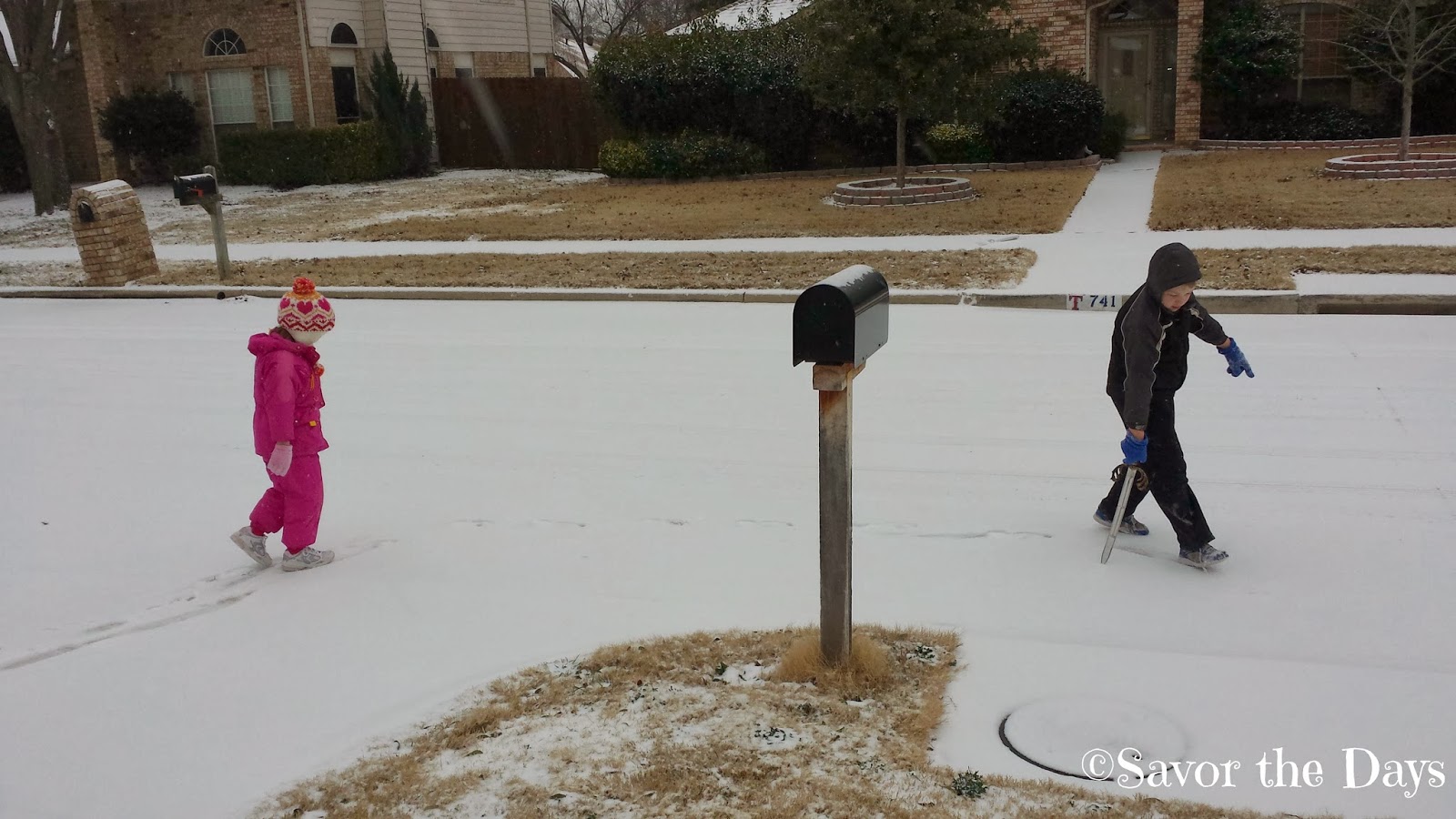 Stuart's old truck doesn't do well in really cold weather so he left it here and took the van to work.  We found this neat snow collection on the diamond plate around the bed of the truck. 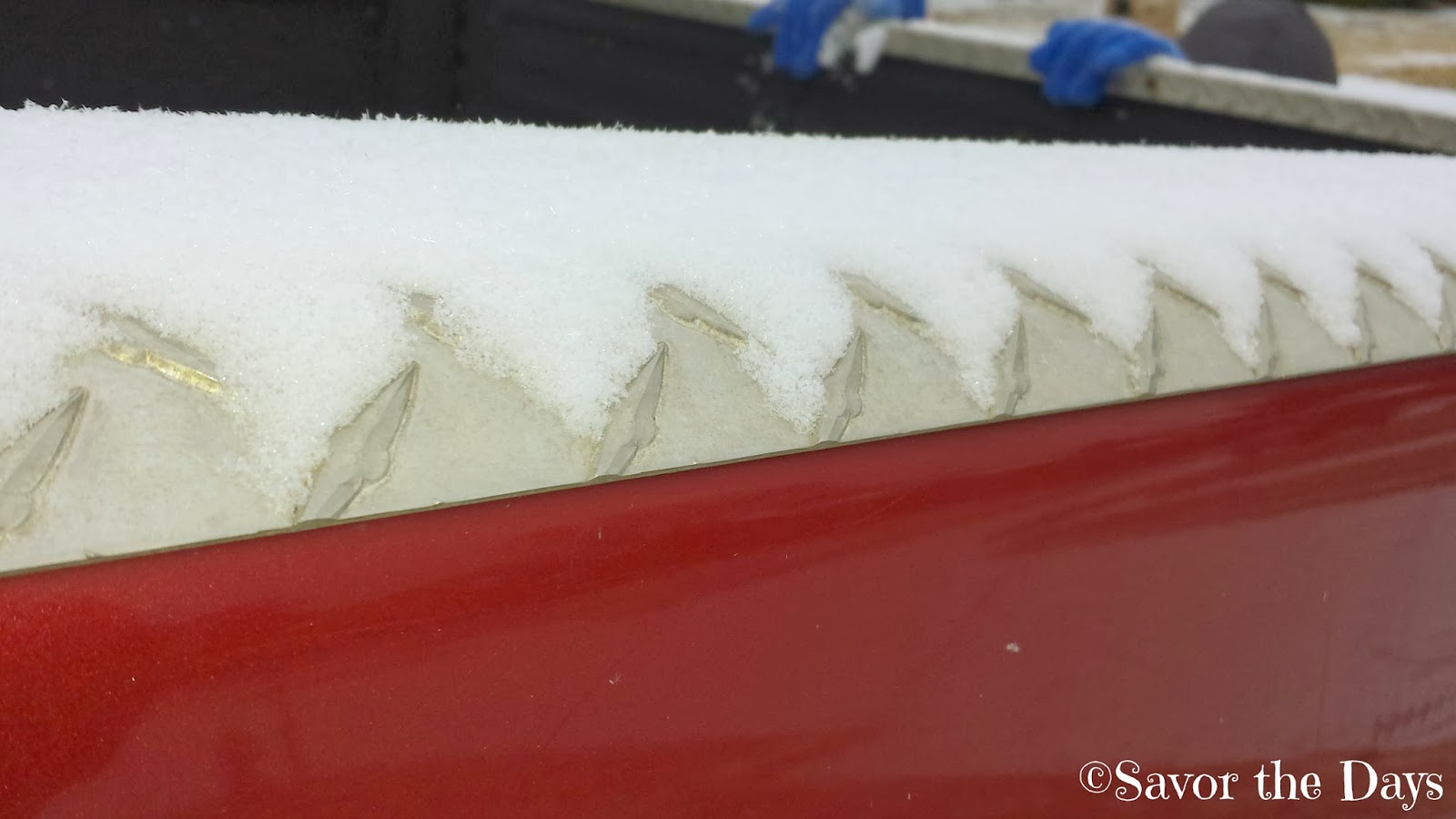 We took a break to warm up inside with hot chocolate and marshmallows. 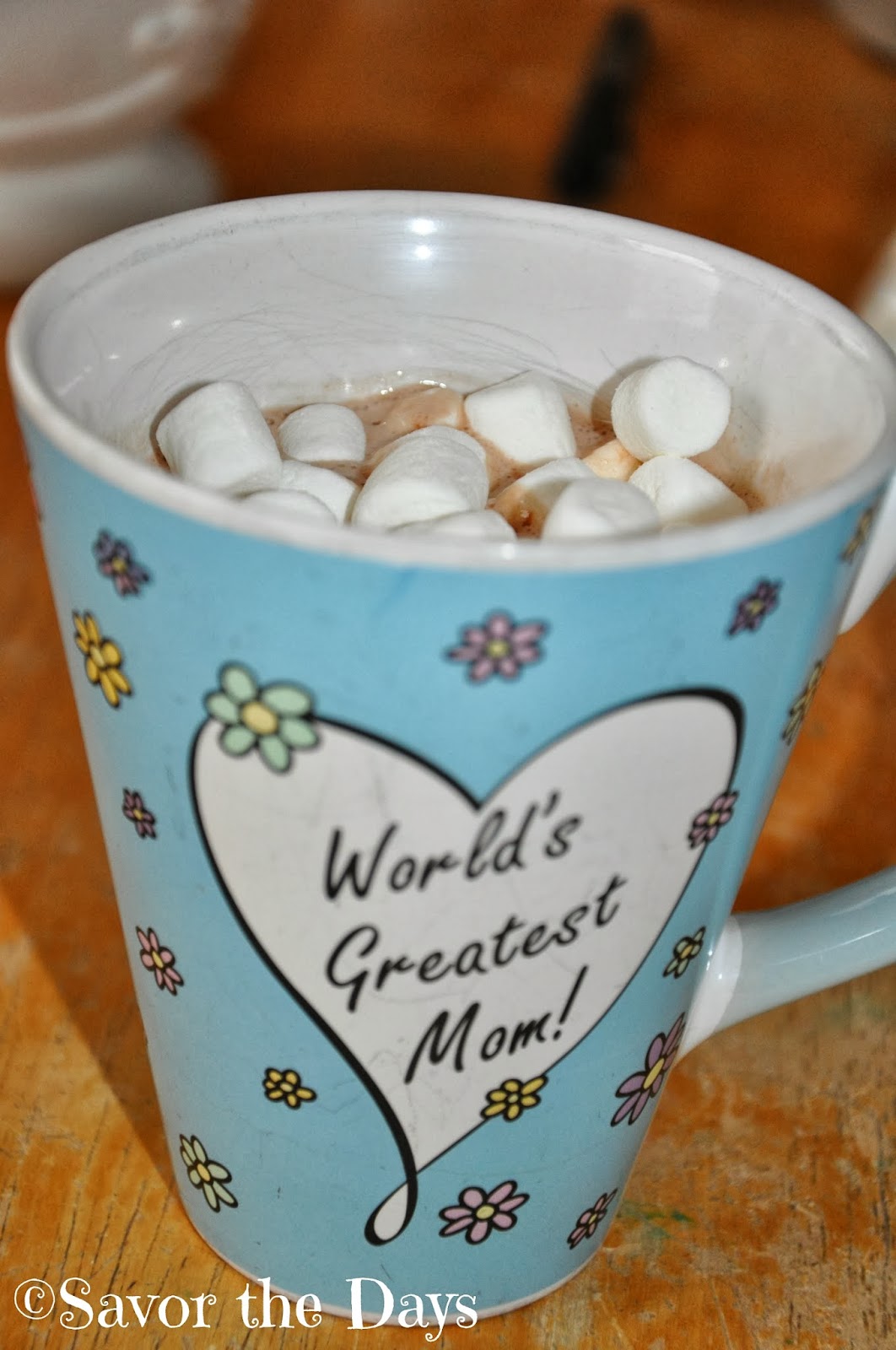 But before long the snow started falling again and the kids couldn't wait to get back outside!  Rachel didn't want to bother with putting her socks and shoes back on and just grabbed her flip flops!  Crazy girl!! 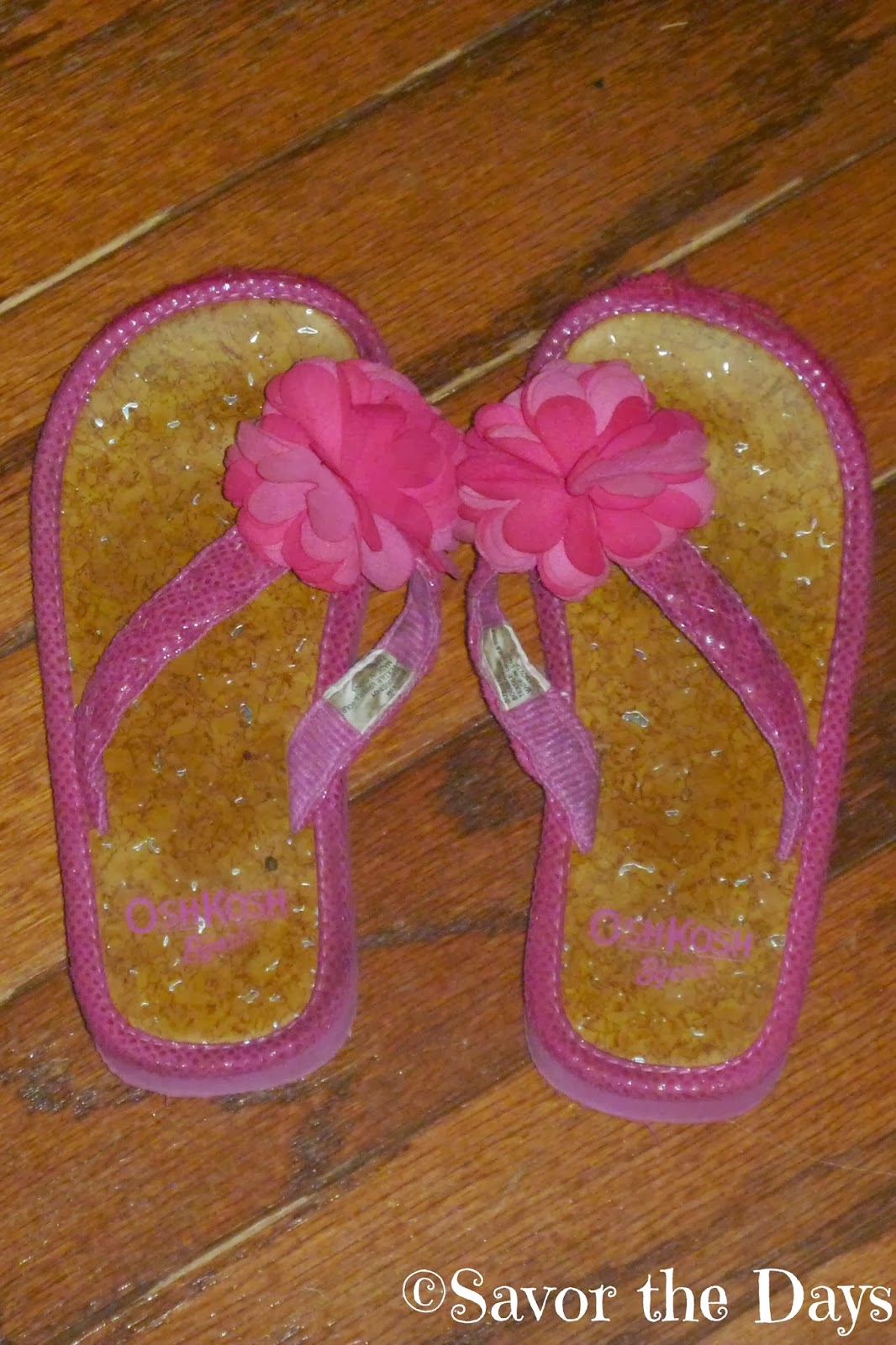 After proper shoes were found, the kids ran back outside.  They found the wheelbarrow and called it their chariot! 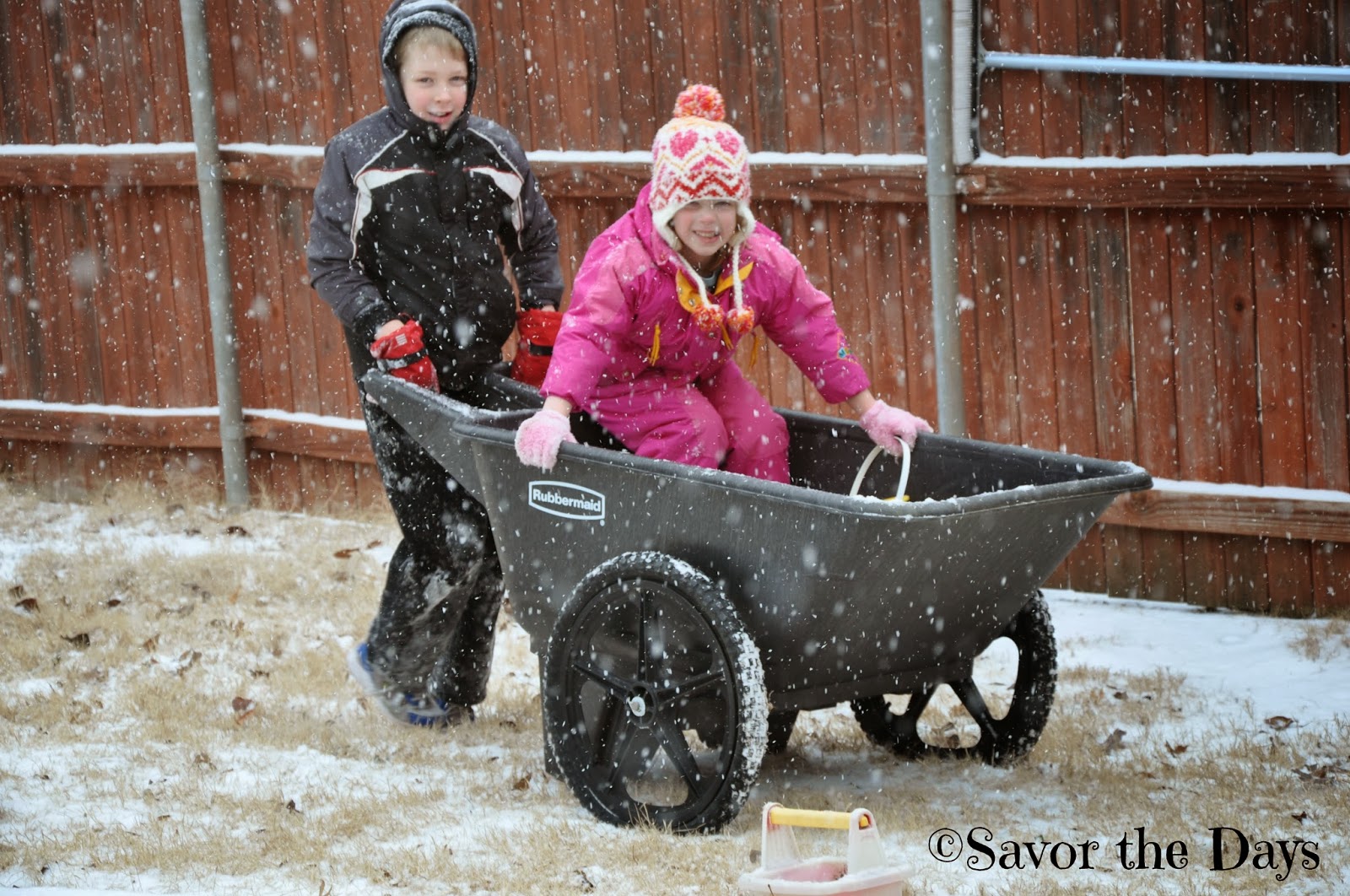 Rachel was in charge of shooting snow balls at me as they rode by in the chariot! 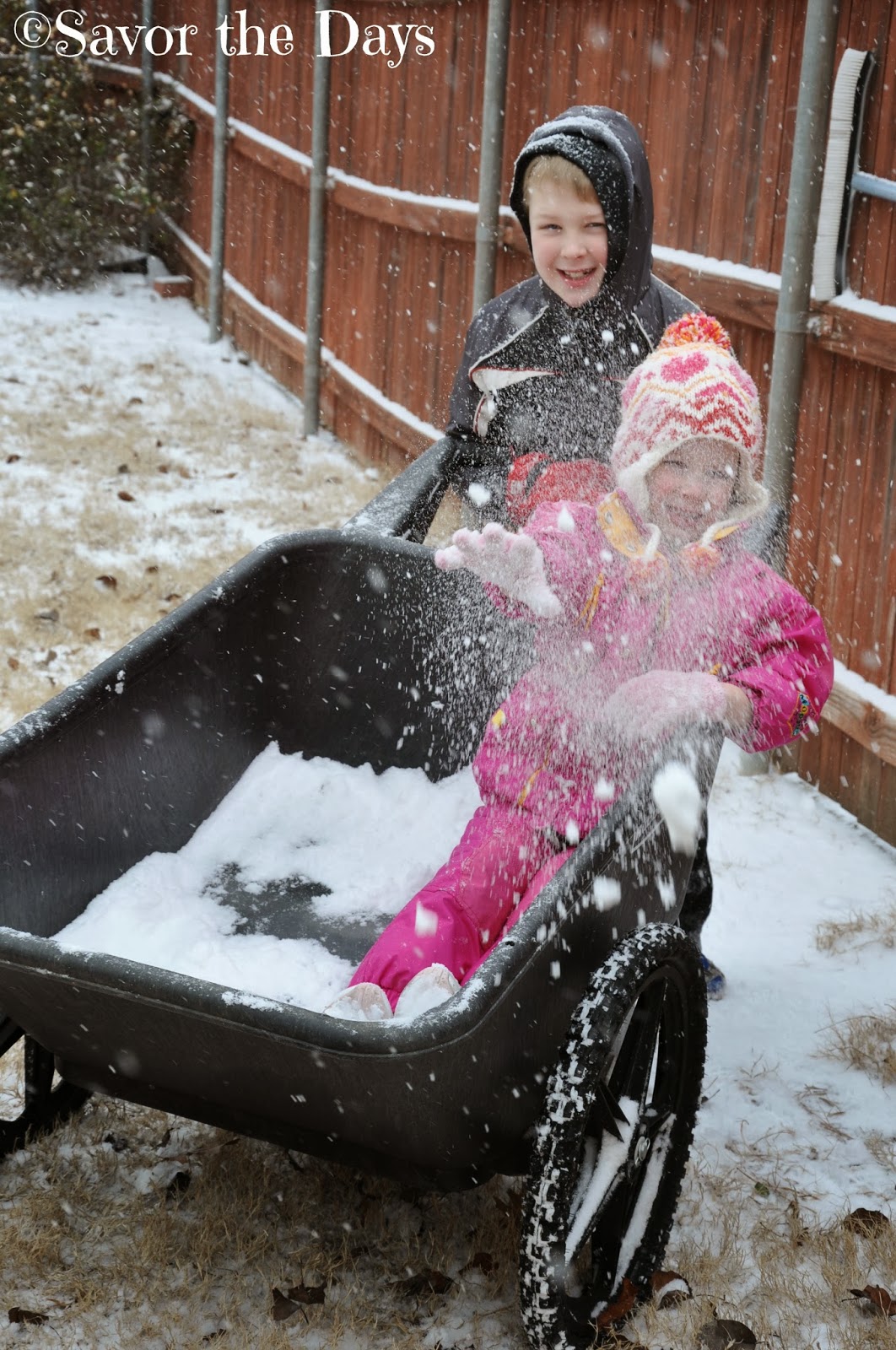 Here is my little snow monkey up in his favorite climbing tree. 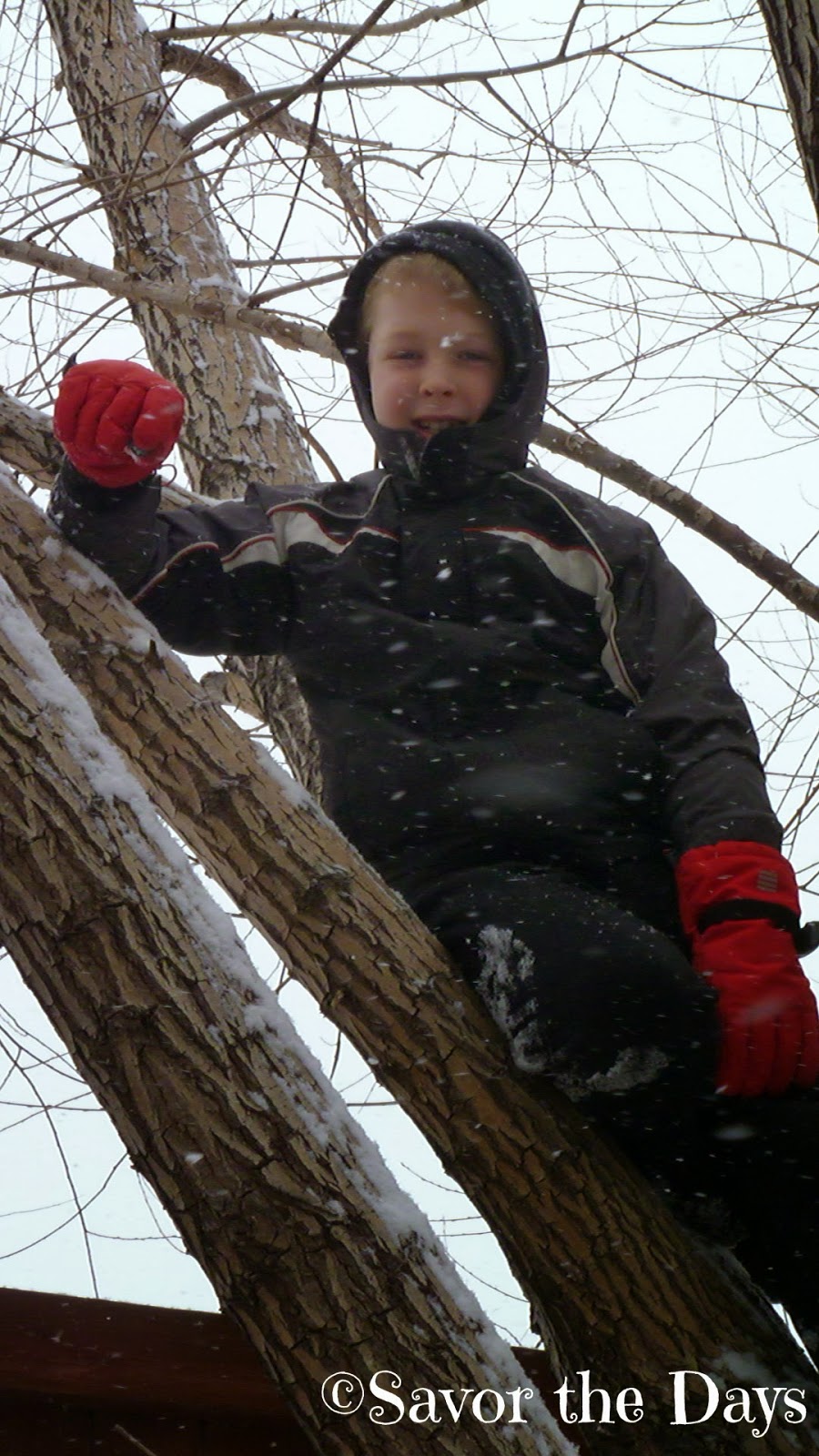 He had fun looking over our 8 foot fence to monitor the conditions down the street. 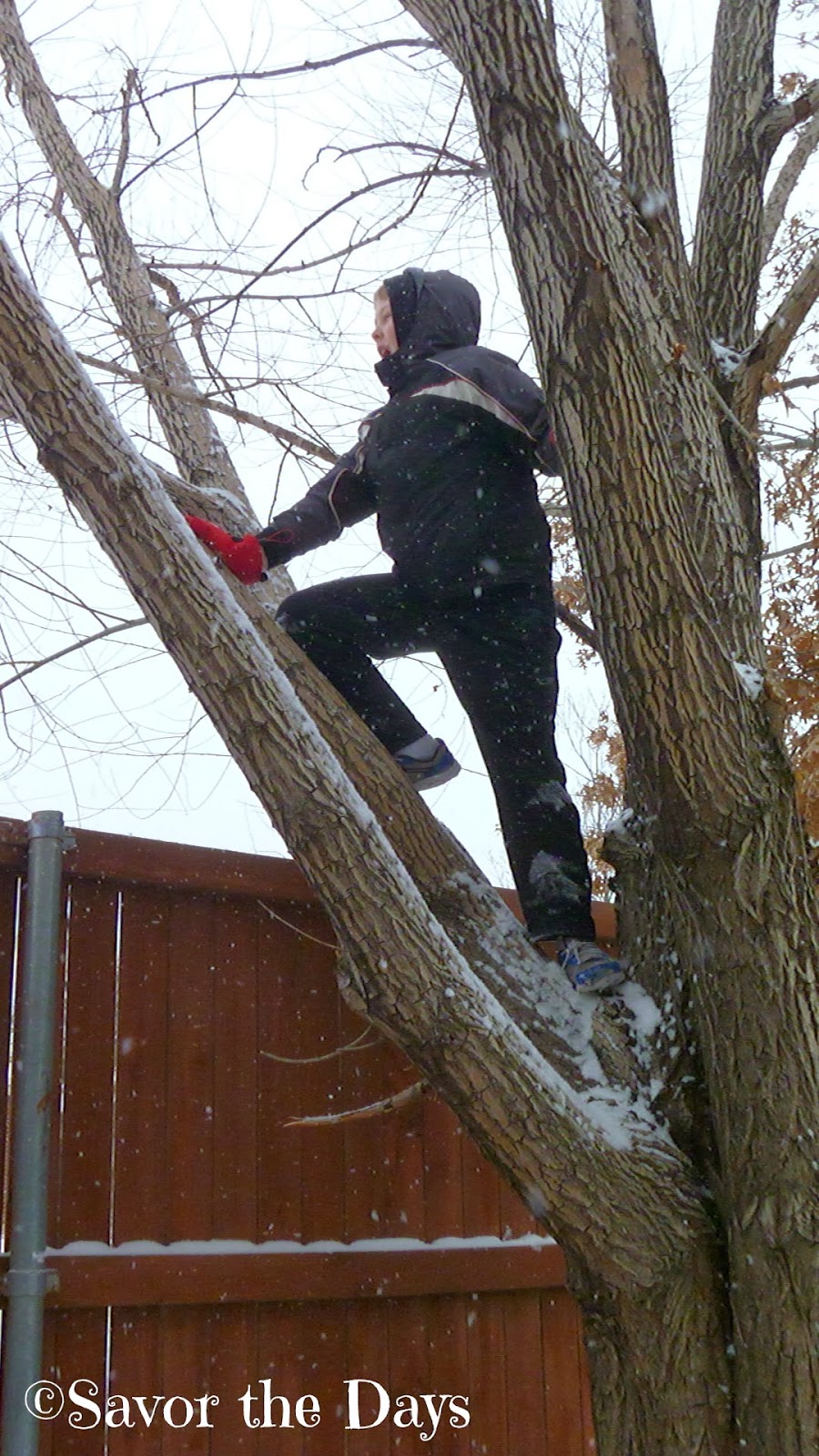 I noticed that the snowflakes were large and not shaped like typical snow flakes.  They were more like little needles.  I think we'll have to do some research on snow flakes to find out more about their different shapes. 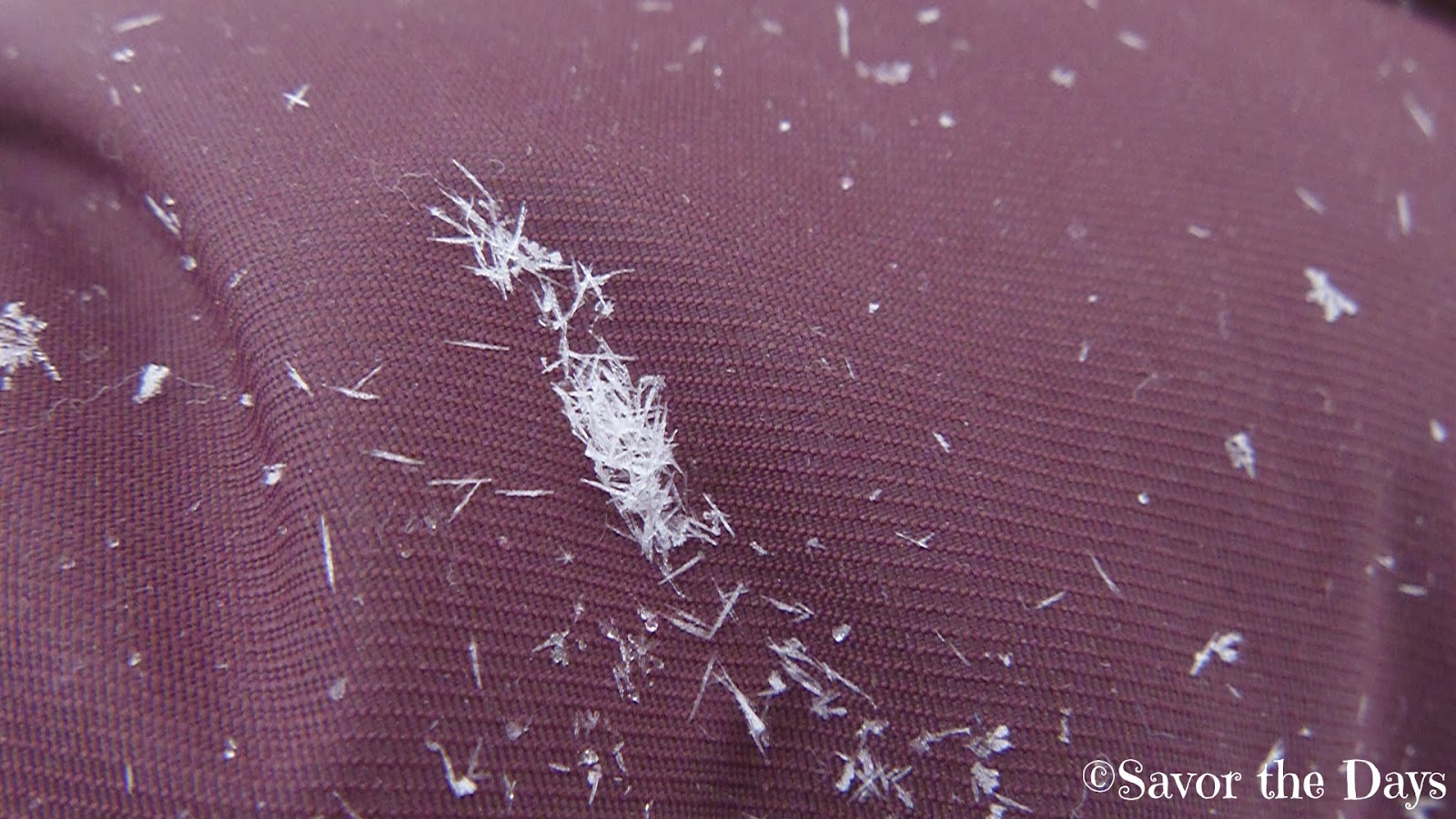 I tried to get a cool picture of Nicholas throwing a snow ball at the camera.  I was on burst mode so I could take lots of quick action pictures.  Unfortunately he was too fast and I was too close because this is the best action picture that I got before the snow splattered me in the face.  We didn't try for a second time. 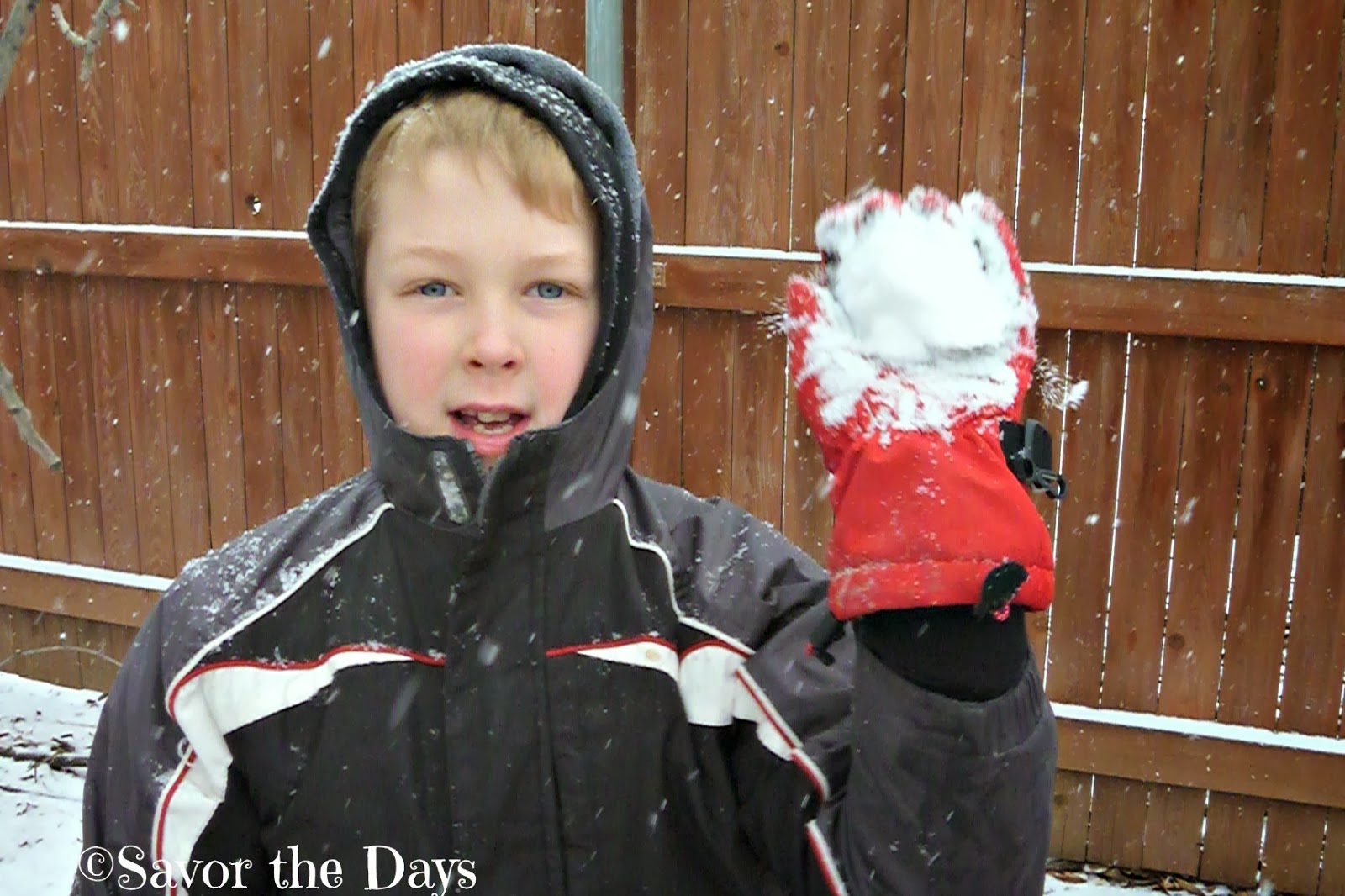 My sweet little snow angel.  She fell out of her chair the other day and cut her lip.  Why can't my children sit in chairs without falling out of them? 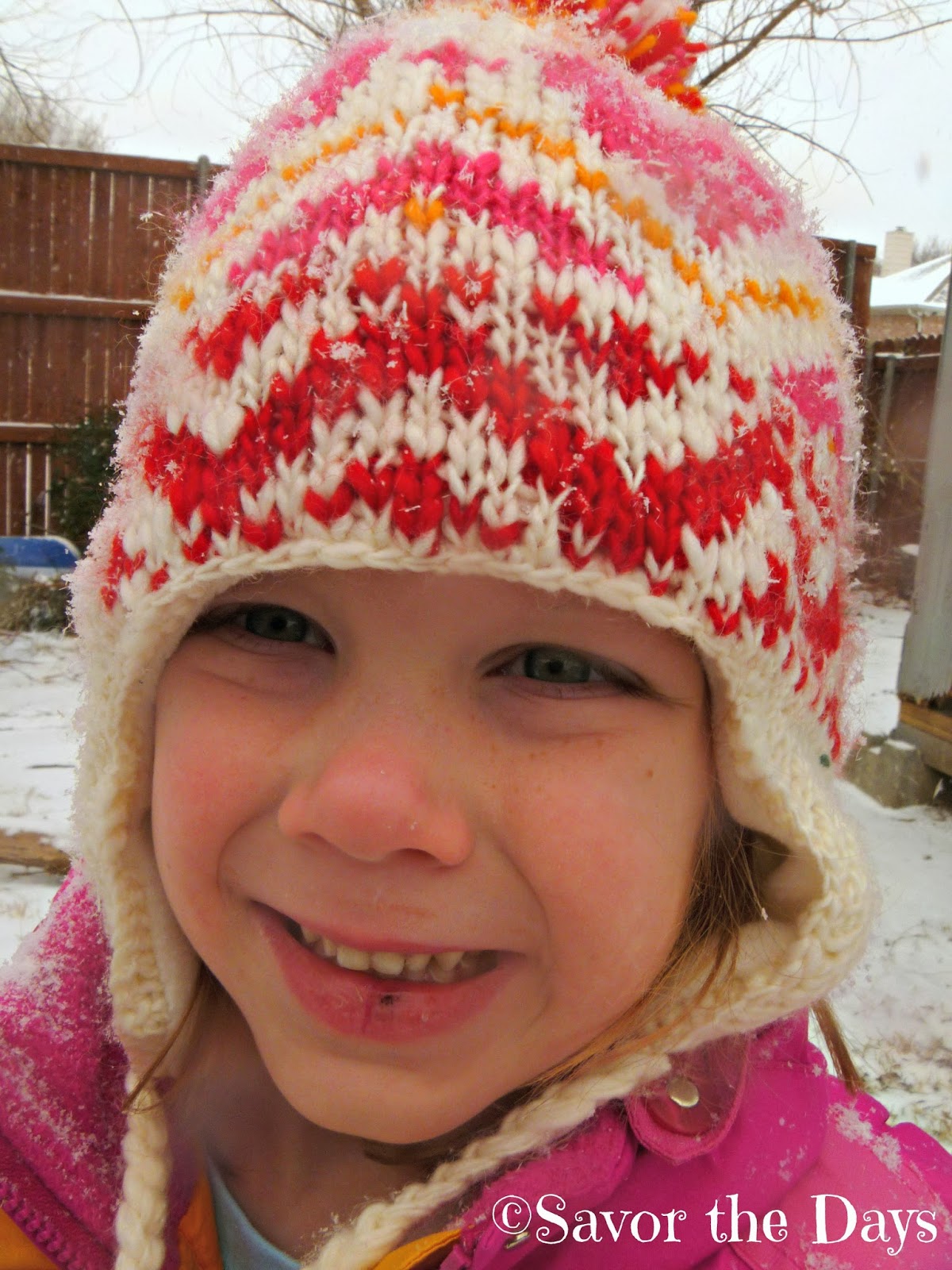 I love that my boy still loves to play with sticks.  I can't tell you how many pictures I have of him with sticks. 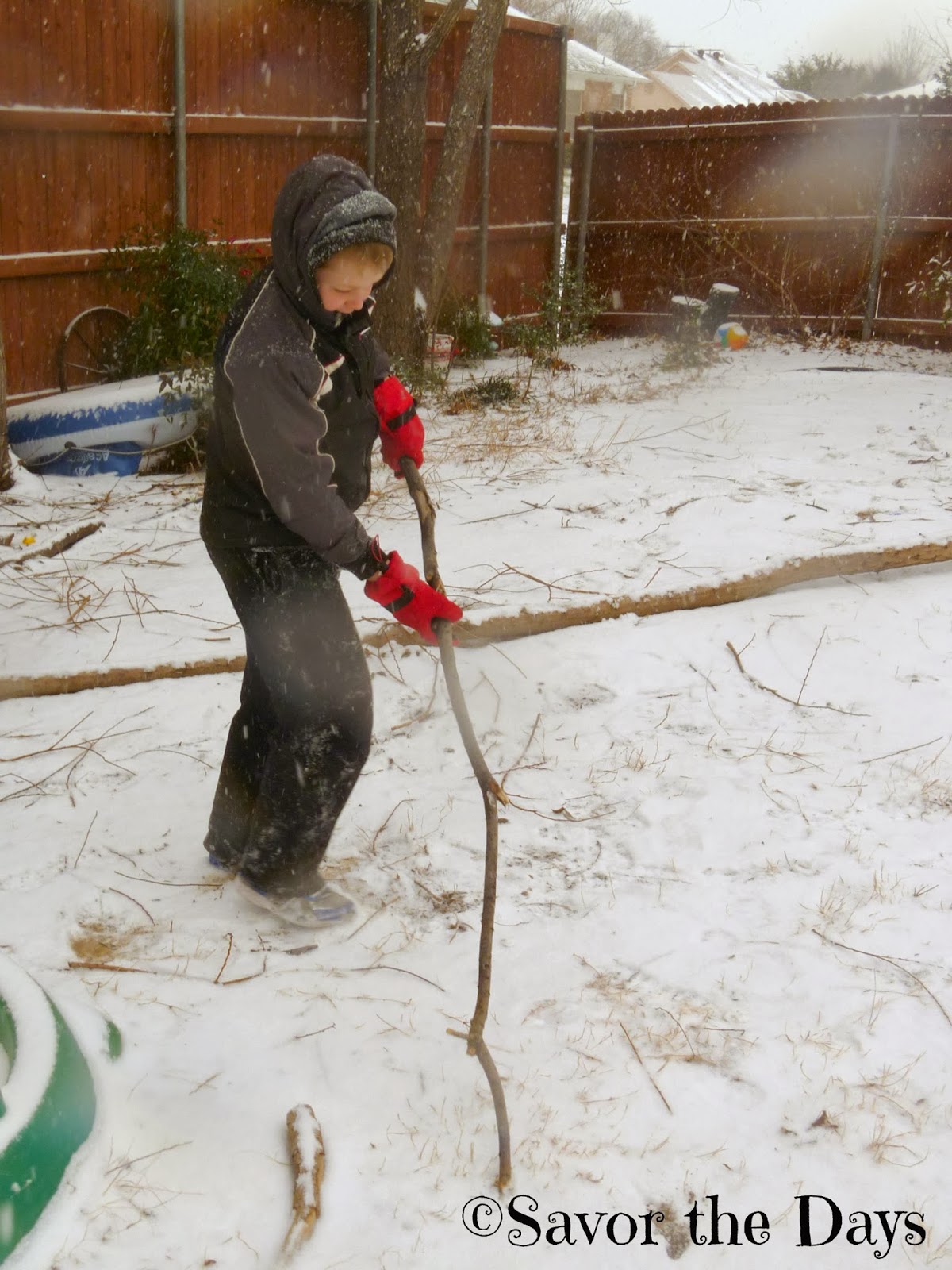 Time to head back in to defrost!  I'm a wimp in cold weather but I think the kids would stay out here all day if I let them.