Nicholas was playing with Keva blocks this morning.  He called us in the playroom to see the Eiffel Tower he built.  He didn't have a picture of the structure and was building it completely from memory. 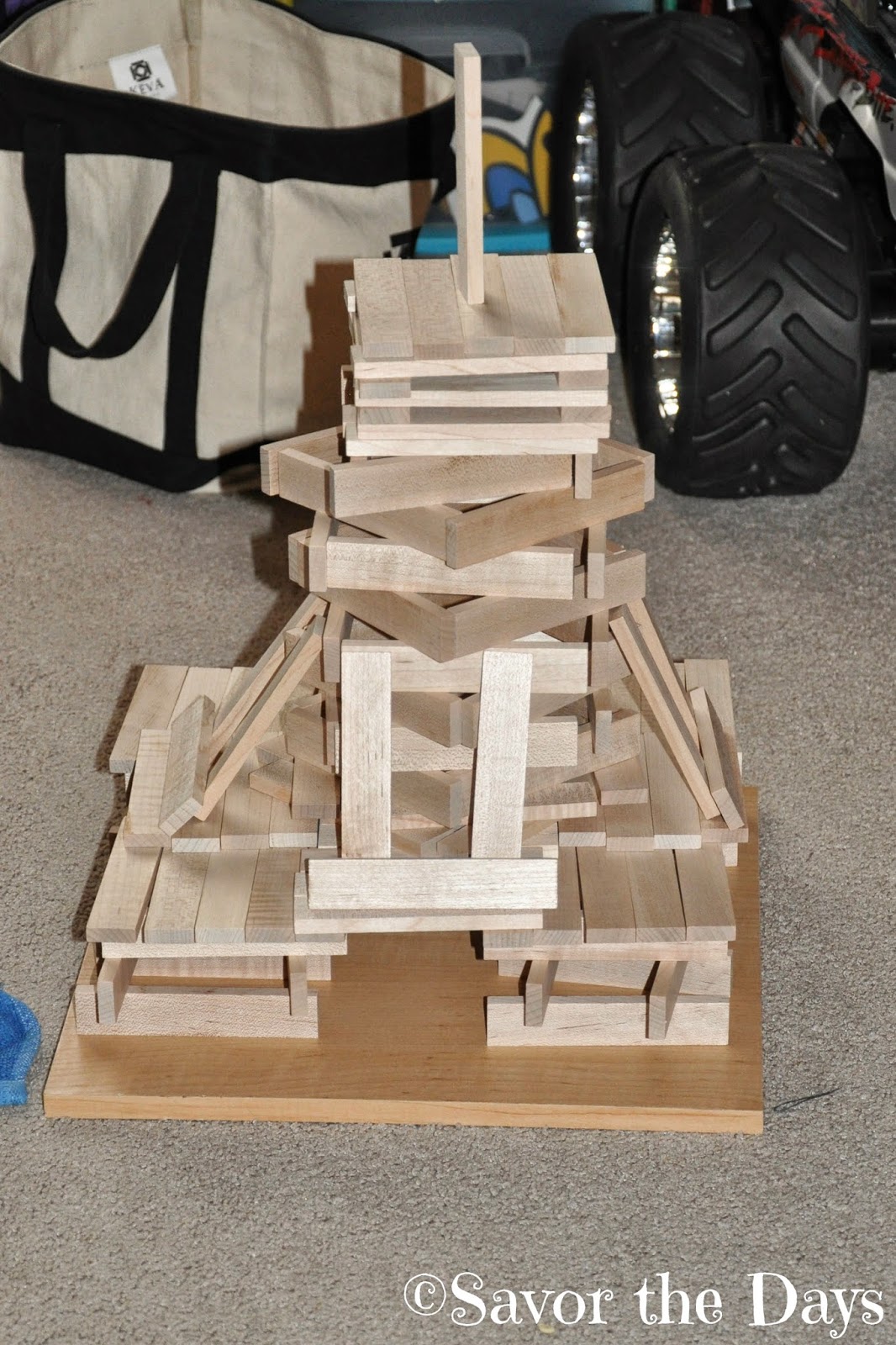 He thought Grandmother C. would certainly like it because she loves everything about France. 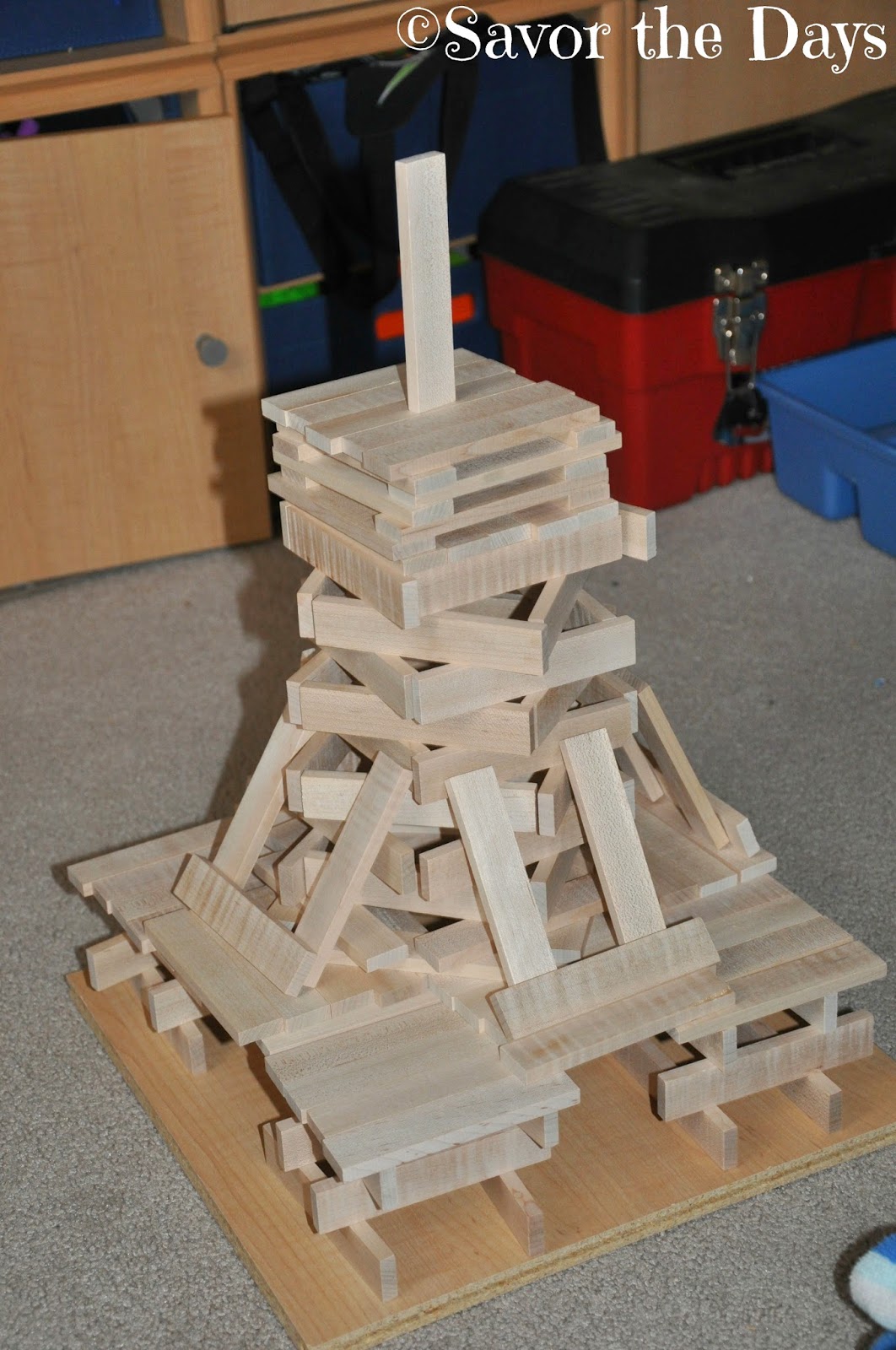 The kids had been wanting to play video games earlier but we encouraged them to find something else to do instead of vegging out in front of a screen.  I love how their creativity comes out when they aren't using electronics!
at February 09, 2014
Email ThisBlogThis!Share to TwitterShare to FacebookShare to Pinterest
Labels: at home, building toys, Nicholas