I have always thought of Tinker Toys as building toys for really young kids.  I expected that once both of my kids were building with LEGO that we would get rid of the Tinker Toys.

How wrong I was!  My kids, even my 9 year old, still loves the Tinker Toys.  He probably builds something with them every day.

This morning Rachel built this bow and arrow set.  She tried to shoot it but she is kind of missing some of the science behind how the bow and arrow actually work.  But her design was great.  She even had a rest for the arrow. 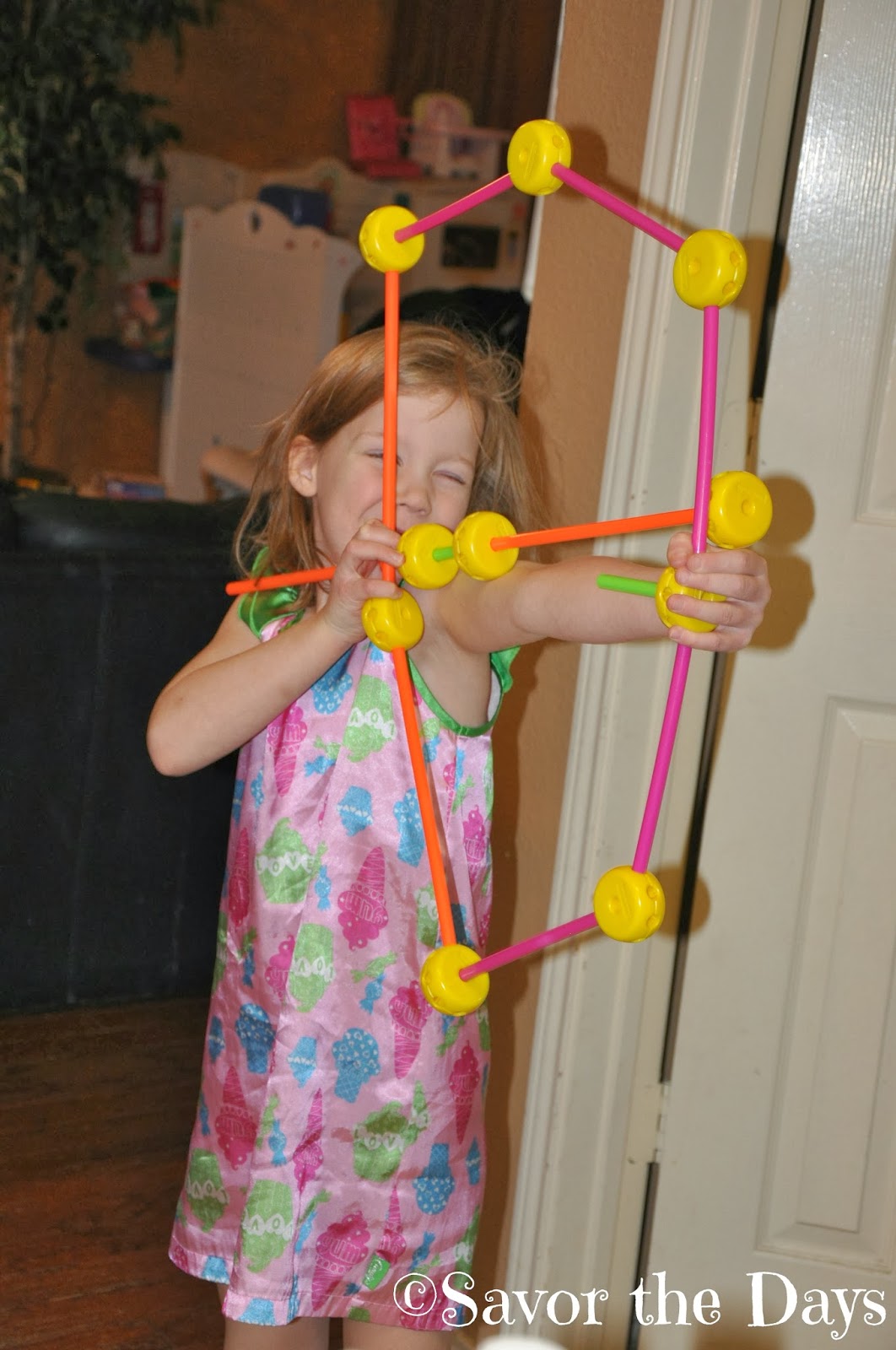 Nicholas also made something out of Tinker Toys.  We weren't quite sure what it was at first. 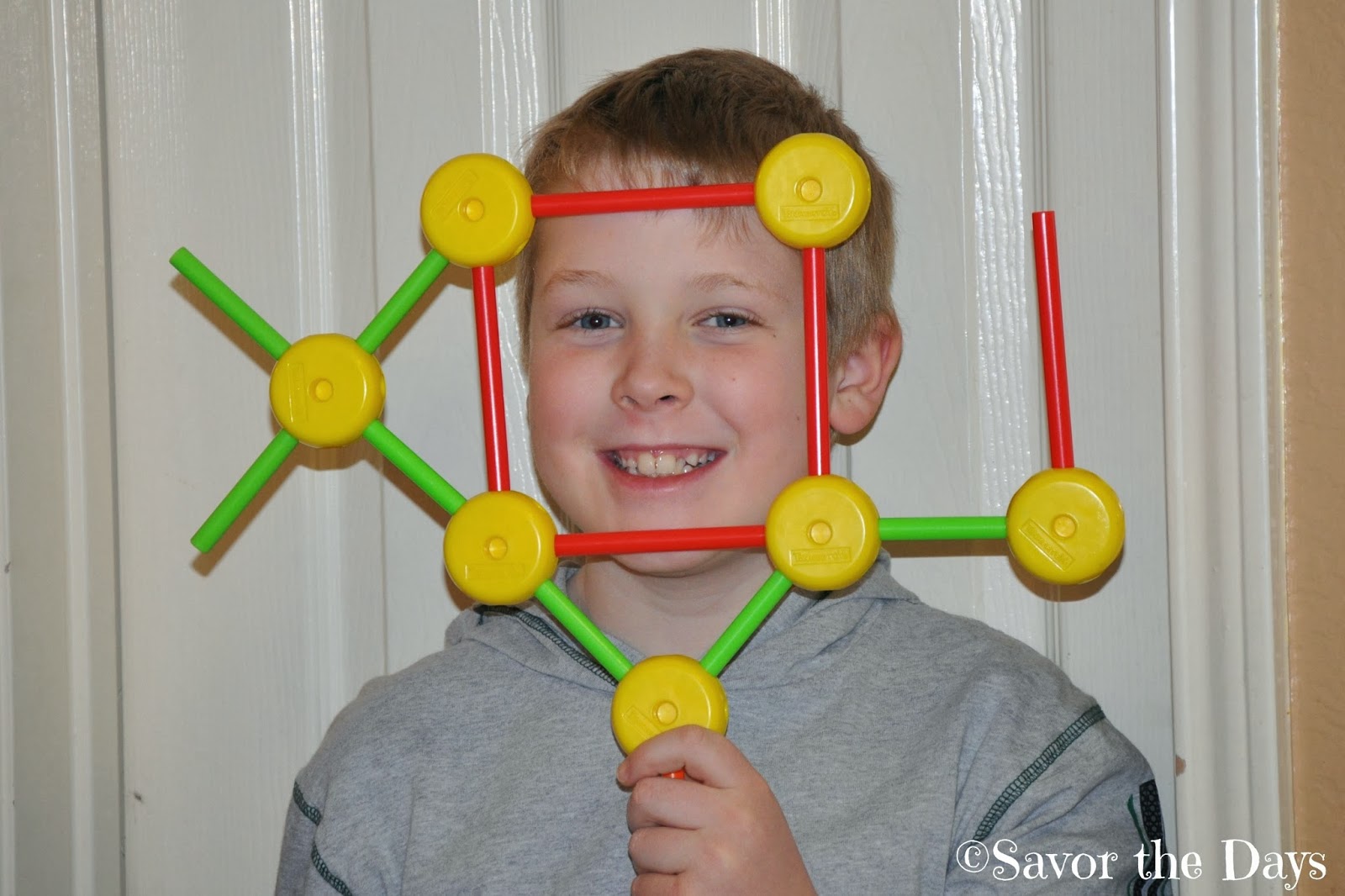 Then he told us it was X Box One!  Yes of course, that is a square and not an O.  It was his very creative way to ask if he could play video games.

They aren't allowed to have "screen time" during the school week.  This includes video games, TV shows, or computer games unless, of course, it is something I have them doing specifically for school.  But it always leads to lots of asking for screen time on the weekend (we still control how much screen time they get on the weekend).  We let him play video games for a little while this morning but Stuart pointed out to them that they would not have used their imaginations to create these Tinker Toys contraptions if they had been glued to the TV all morning.
at February 02, 2014
Email ThisBlogThis!Share to TwitterShare to FacebookShare to Pinterest
Labels: at home, imagination, Nicholas, Rachel, toys