Tapestry of Grace: The Age of Discovery and the Compass

We have been studying the Age of Discovery in Europe which began in the early 15th century with Portuguese explorers looking for a sea route to India.  They were hoping to find a sea route for the purpose of merchant trade because the land route had become overtaken and dangerous.

The explorations to find a sea route to India began with Prince Henry the Navigator.  He developed a new ship called a caravel that was lighter, swifter, and more easy to navigate than the largest ships that had been used up until then.  Bartholomew Diaz was the first explorer to travel south along Africa's eastern coast and around the southern tip into the Indian Ocean.  Christopher Columbus, of course, tried to find a western route to India and ended up discovering America.  Vasco de Gama finally completed a sea journey to India via the southern tip of Africa in 1498.

The explorers all used various tools for navigation.  They used the stars, astrolabes, quadrants, and of course, a compass.  We pulled out one of our compasses and headed outside. 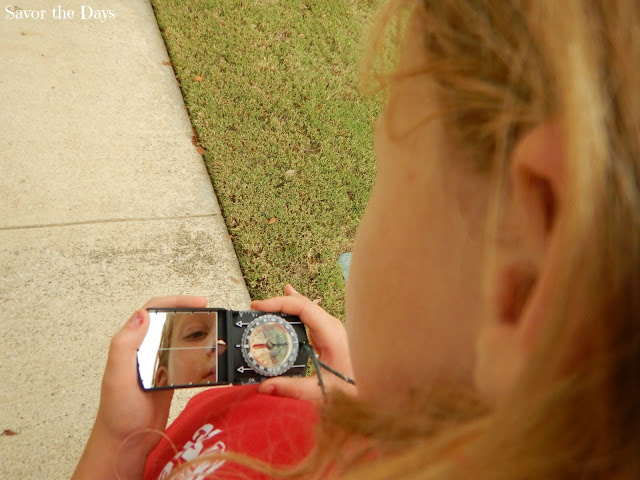 I had the kids use the compass to navigate around the neighborhood.  Nicholas has his own compass and has taken classes on navigation so this was mostly an activity for Rachel.  She loved it and wants to keep my compass now. 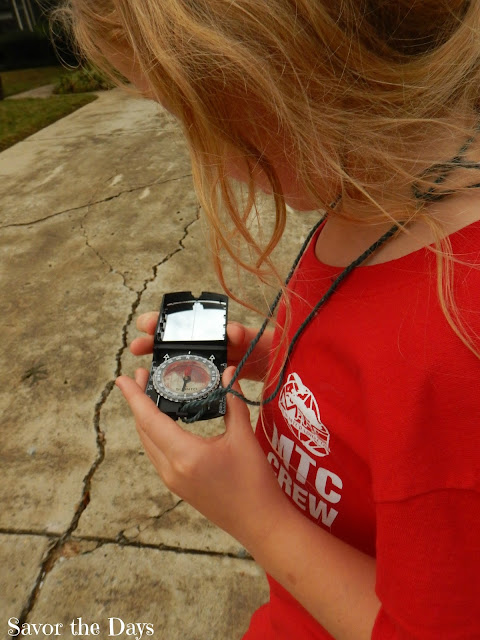 Even after she had completed my navigation exercise, Rachel continued to walk around using the compass to help her determine the direction she was heading.  It was a fun way to bring the study of navigation to life! After using the compass to explore the neighborhood, we decided to make our own compass.  It is really very simple.  You'll need a thin layer of cork, a needle, a bar magnet, and a bowl of water. 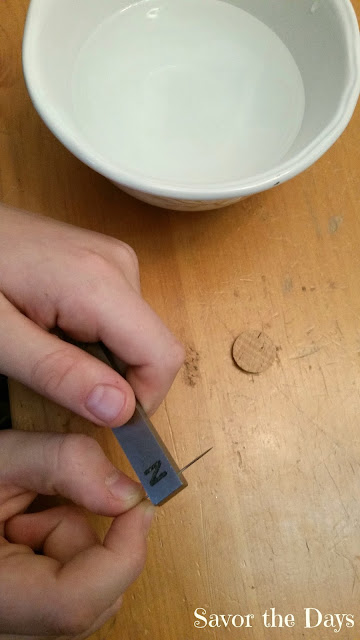 The kids slid the needle over the magnet about 50 times.  You have to do this in one direction.  Don't slide it back and forth.  Now your needle should be magnetized!

Put the magnet on top of the cork and place it in the water.  As long as it can spin freely, and not bump into the side of the bowl, the needle will turn to point North!


We talked about how compasses helped navigators throughout history but I also got to talk to her about the science of magnets!

Rachel was just amazed with this project. 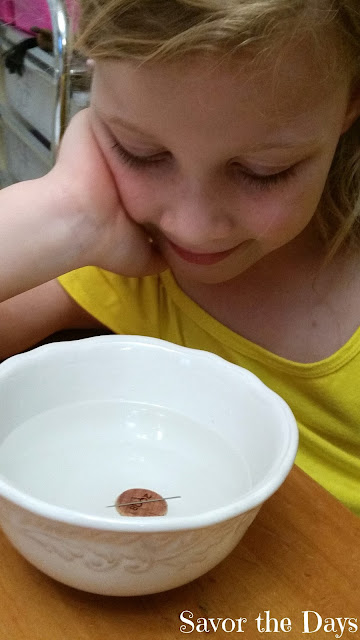 I also posted this project on Kids Activities Blog several years ago when Nicholas studied these early explorers.  It's always a fun project!
at November 02, 2016
Email ThisBlogThis!Share to TwitterShare to FacebookShare to Pinterest
Labels: history, Nicholas, Rachel, Tapestry of Grace