The kids have had so much fun at Win Kids Summer camps. Rachel took a 2 day "Princess Camp". She was so excited to be able to wear her Cinderella costume to camp that she was dancing around an singing all morning. 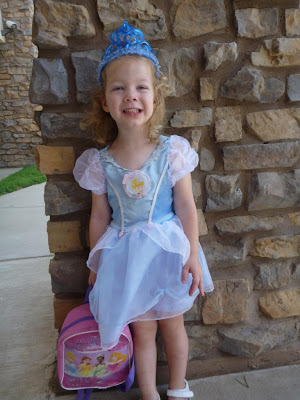 She had a lot of fun playing in the gym, jumping on the trampoline, playing games with the other "princesses" and making fun crafts like a princess wand and her very own princess crown. 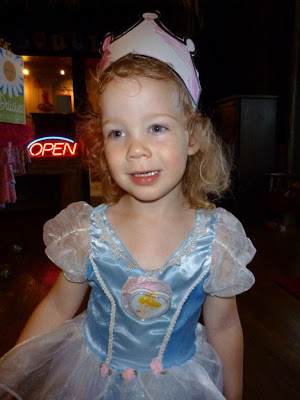 Next she will be going to the Win Kids Pony Luv camp where they get to ride on real ponies!

Nicholas took one of the Win Kids all day camps. For his they took a nature hike along Pilot Knoll, played with walkie talkies, paddled in inflatable boats along Lake Lewisville. Camo was optional but of course he had to get some. Thank goodness we live close to Bass Pro Shops. I wish you could see him in this picture but his camo seems to have hidden him pretty well! 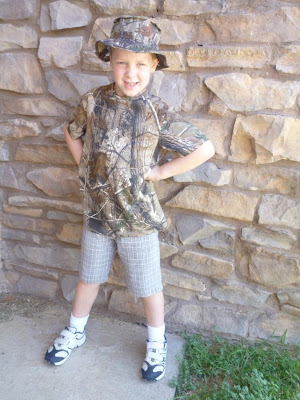 Even though he spent the day outside hiking in the woods, he will still very excited when we picked him up. He showed us this fishing pole that he made on his own from a stick, a found piece of ribbon, an empty water bottle for a bobber, and a rock for a weight. Cool! 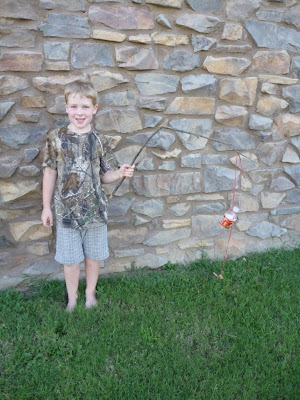