Nicholas has been taking private guitar lessons for 4-5 years with Ethan at Ampersand Music School. Last summer, the school started offering a Rock Band class.  Students signed up for the class and the instructors put them together with other students to make a band.  Nicholas couldn't wait to sign up.

Each band has to come up with their own band name.  Nicholas' band talked together about famous bands that they liked and they came up with their band name The Iron Chimps.  Here is a condensed version of their thought process.  It was a tip of the hat to honor the popular bands Led Zepplin (Led got changed to lead then changed to "Iron") and Arctic Monkeys (Monkeys got changed to "Chimps"). 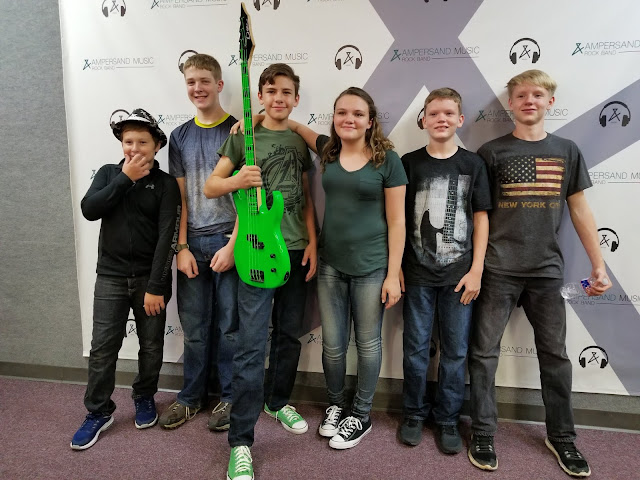 The kids meet once a week for an hour to practice.  The instructors are great at working with the kids on how to play instruments together with others.  They have to keep on the same beat, listen to each other and improvise if things go wrong.  It is really taking their music instruction to a whole new level....plus they are having a blast!

This was Nicholas' second rock band concert with Ampersand.  Last time the concert was free but this time things were done a little differently.  Tickets were sold for $3.00 but the music school didn't take any of the money.  Instead they donated part of the proceeds to the church where the band practices and holds the concerts and the rest of the money goes to the students so they can get a taste of what is is like to really make money with their band.  There are three different bands in the program and the turn out was great. 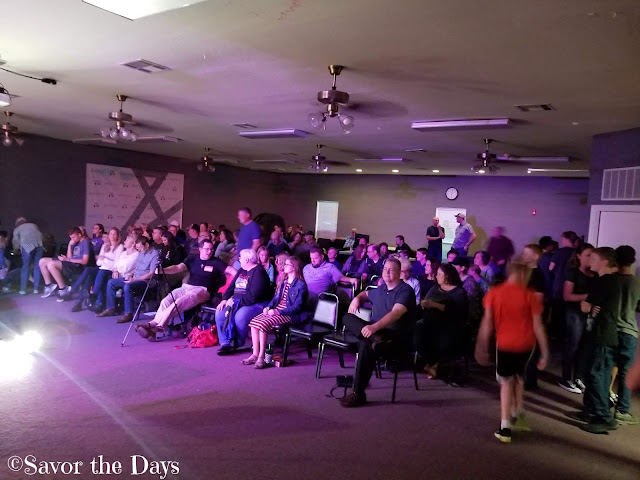 The Iron Chimps performed four songs in the concert.  Here are the videos...

Legend by The Score


Smack Down by Thousand Foot Crutch


Beat It by Michael Jackson


We are so grateful to the Ampersand instructors, Ethan and Benjamin.  They are great with the kids and they help them both in band and individual lessons.  Our kids have enjoyed their lessons and we love seeing their music abilities shine. 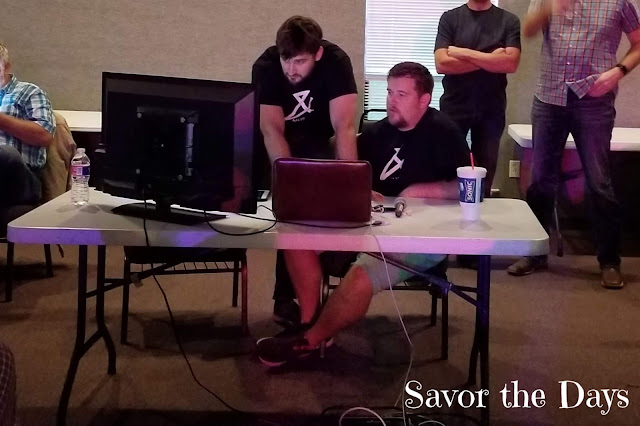 We got a final picture of the three bands all together.  It was a great night and we are so proud of all of these kids! 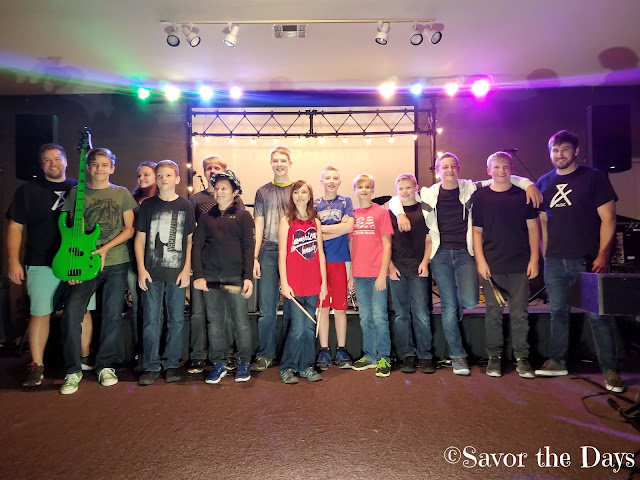