Nicholas played on the Flower Mound/Marcus Junior Varsity hockey team for the first time this summer.  It is a step up from the regular Stars house league that he has been playing on.  But the summer season is a more relaxed time.  There are less players and there aren't practices, just a weekly game to keep their skills sharpened.  It was fun but he never scored a goal during the summer games.

But now it is fall and everything is ramped up.  Nicholas is still on the Star's house league which has a weekly practice and a game on the weekend.  He is also continuing with the Flower Mound/Marcus Junior Varsity team which has practice twice a week and a game on the weekend.  That's a lot of time on the ice but Nicholas has shown so much improvement over these last few months!  It's really fun to watch his games.  Nicholas (#72) did particularly well in the JV game this past weekend. 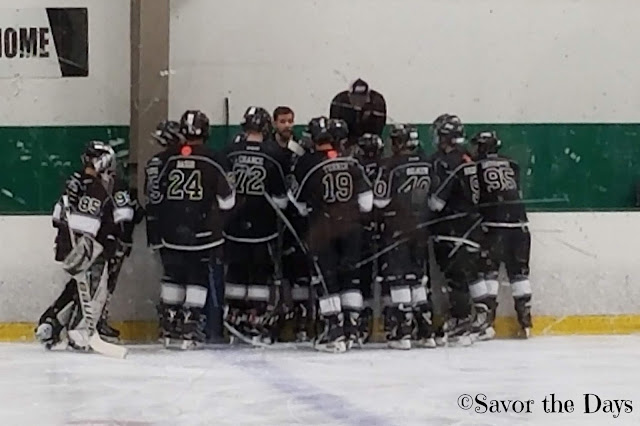 Nicholas' JV team is a bronze level team and they were playing another team at the bronze level.  However, the other team had some players filling some spots and these other players were from their gold level team.  You could definitely see the difference in the level of play from those other players and it certainly gave them an unfair advantage over our players.  However, in spite of all of that, Nicholas still scored a goal on them!


It was a hard game but the boys kept going.  Eventually the ringer players on the other team had to leave to go to their own hockey game and the play on the ice leveled out to a more even field. 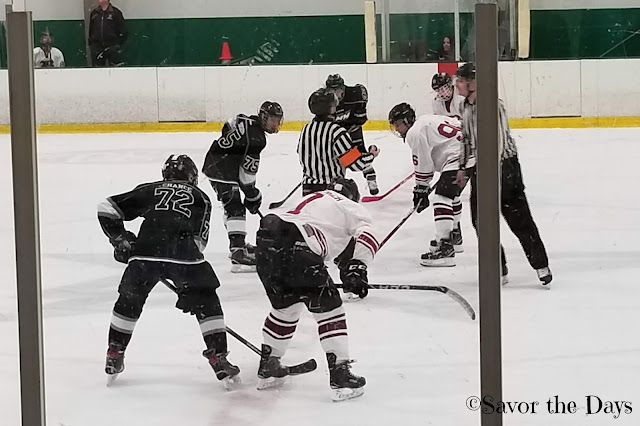 And Nicholas scored on them AGAIN!


As it turns out, Nicholas scored the only two goals on our team.  These were his first goals at the JV level and we are so proud of him!

at October 07, 2018
Email ThisBlogThis!Share to TwitterShare to FacebookShare to Pinterest
Labels: hockey, Nicholas