Nicholas loves planes and he wants to get his pilot's license so I try to take him to every aviation-related event I can.  A friend told me about this great air show hosted by the Commemorative Air Force called Wings Over Dallas: WWII Airshow.  The first day of the show is on a Friday and that is their "Education Day".  On Education Day, students and teachers get free admission so we grabbed a couple of friends and went to check it out.  Here is the gang in front of the Boeing B-17 Flying Fortress called "Texas Raiders". 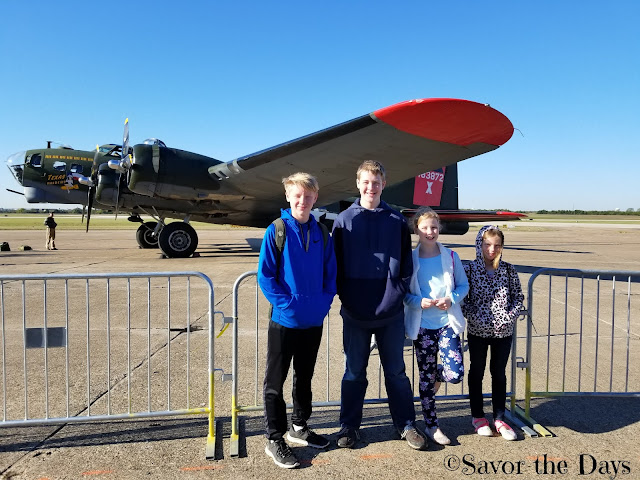 There was an entire hangar of booths set up with interactive activities specifically for kids. 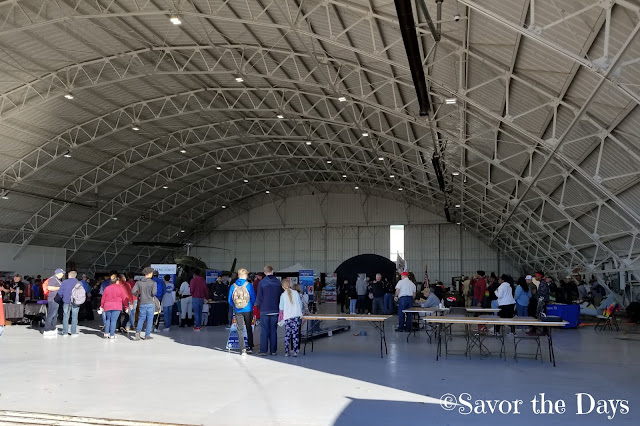 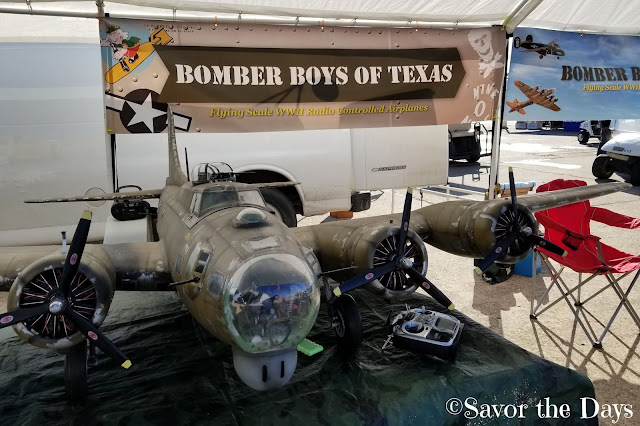 Including this interactive air craft carrier.... 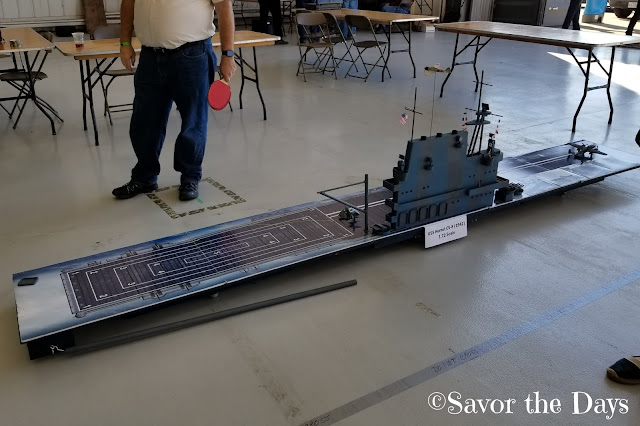 Each of the kids got to take their turn trying to land the plane on the Flight Deck!  Check out this video below of Rachel coming in for a landing.


The girls were given some foam flyers to play with and keep. 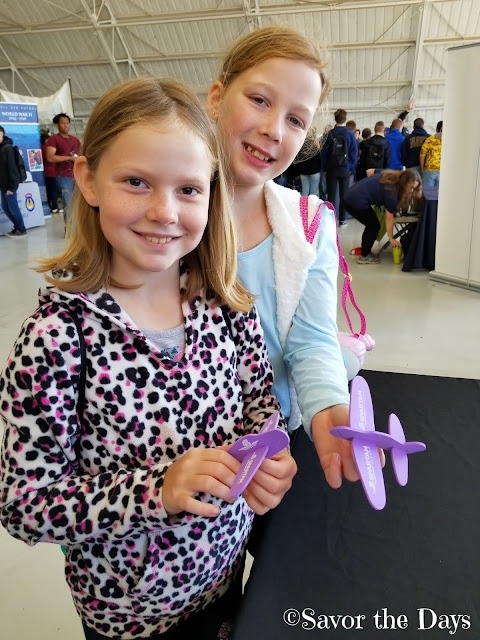 Nicholas and I checked out a few booths for aviation-related schools. 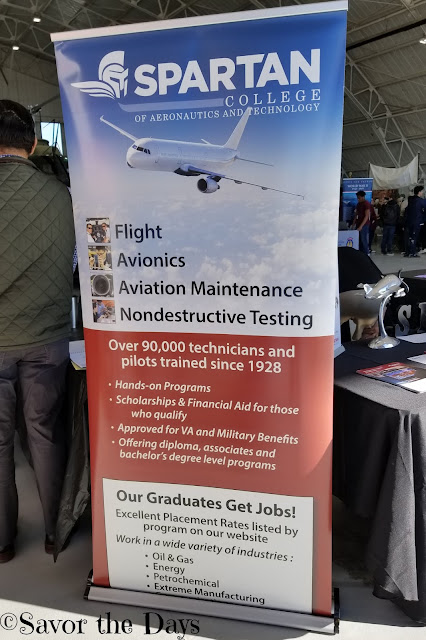 We all enjoyed this impressive diorama of WWII.  It was really huge!  It spanned over several tables. 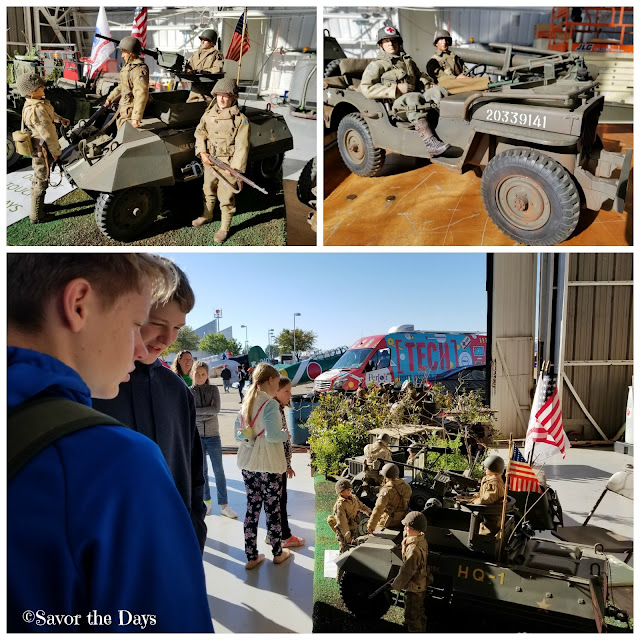 The girls and I spent some time learning about the importance of women in WWII and we learned about the WASP or the "Women Air Force Service Pilots".  I didn't realize it but the WASP museum is rather close to here.  We will have to be sure to visit it in person. 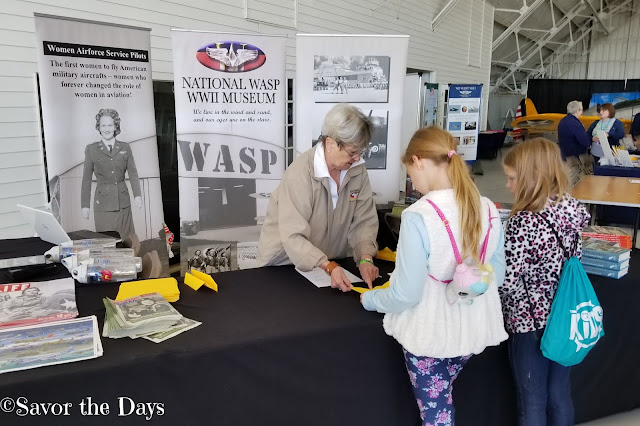 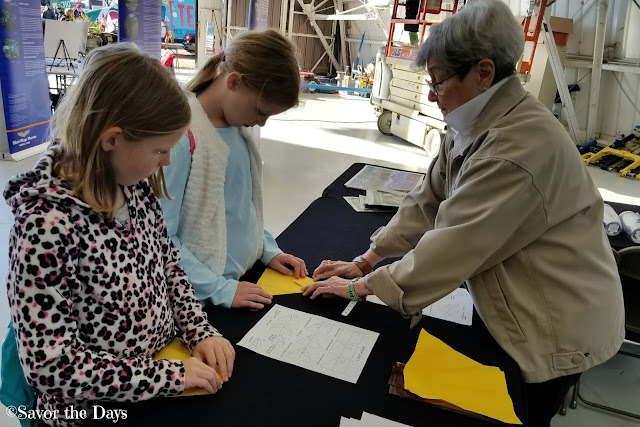 We learned about Rosie the Riveter and how women were encouraged to learn to be pilots, mechanics, and help in the war behind the scenes.  We learned about some of the tools an aircraft mechanic might use. 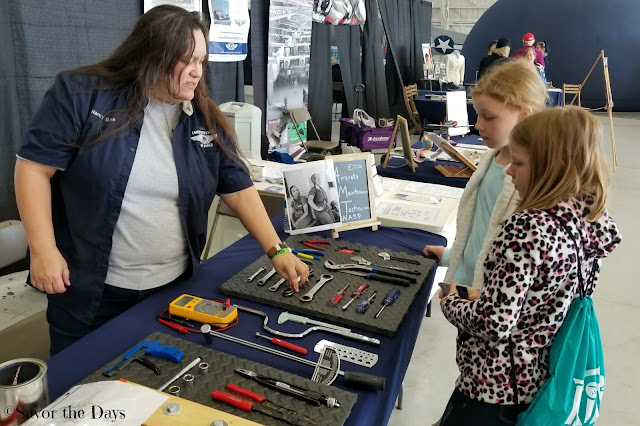 The girls learned about the importance of safety wire and how to install it as an extra precaution for keeping airplane bolts from loosening.  We watched as this lady used a cool set of wire twisting pliers which automatically twist the safety wire just perfectly.  I didn't a video of her demonstration but I found a video HERE that demonstrates it. 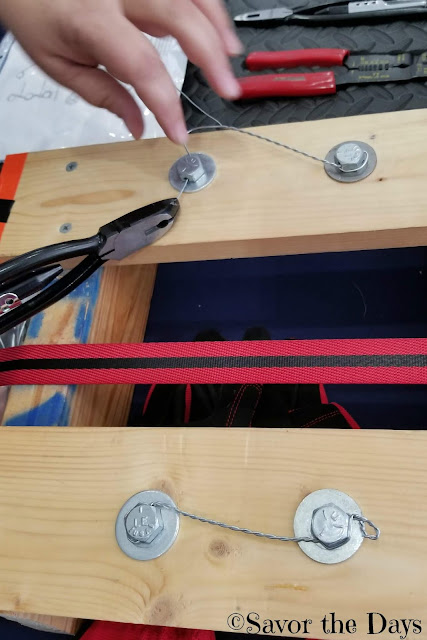 The girls seemed rather interested in the mechanical side of aviation but what was really amazing is that later when we were out looking at planes, Rachel's friend quickly spotted safety wire in use in a plane's engine.  I was so impressed! 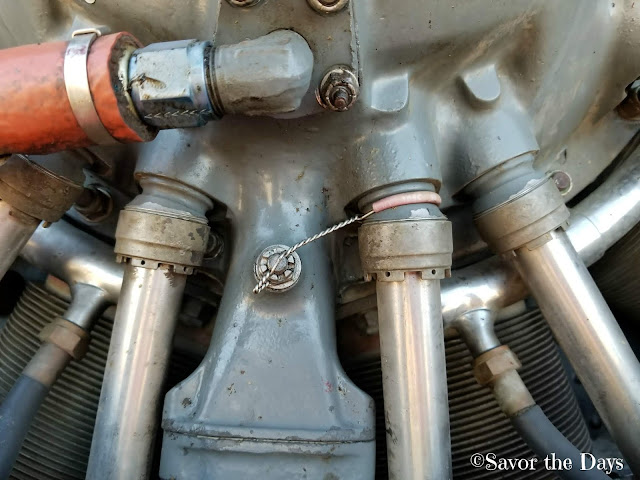 We learned about a few forms of communication used during WWII.  We tapped out our names in Morse Code. 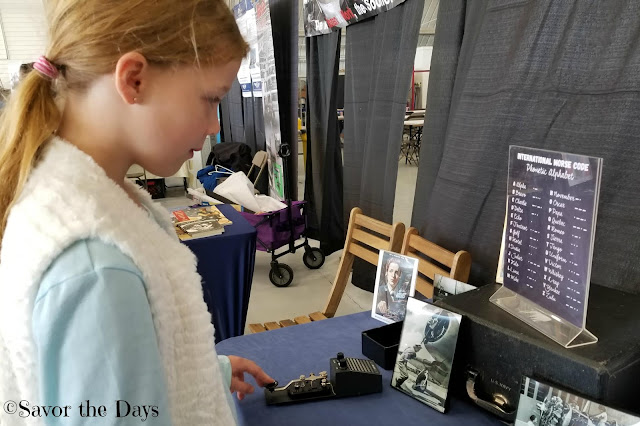 And Rachel studied how a manual typewriter works.  She was completely enamored by it and she even wants one of her own! Seriously, she has added it to her Christmas wish list! 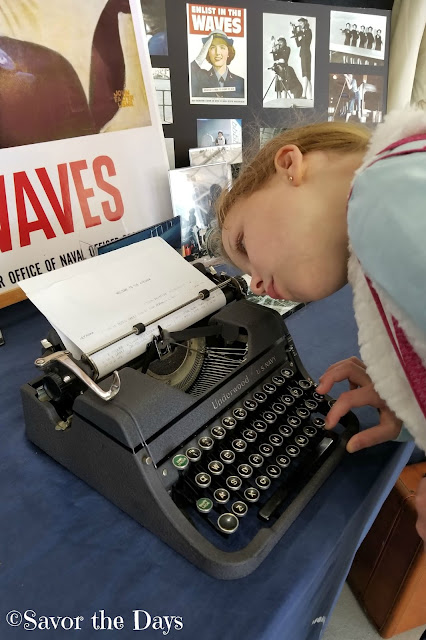 The kids got the chance to sit in real helicopter. 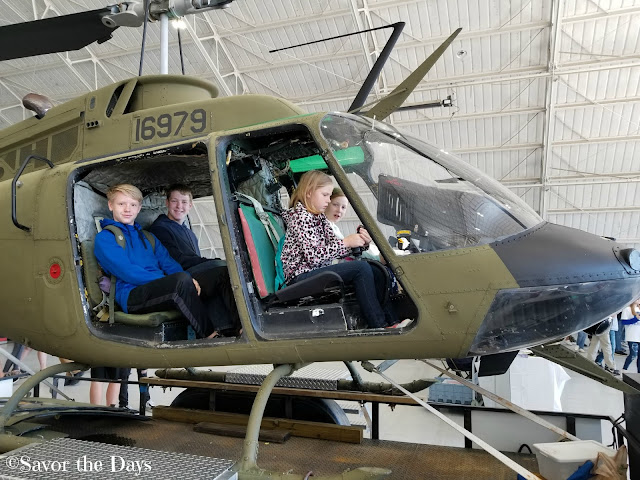 Once we had seen everything in the education hangar we wandered around outside.  It was neat to see the Living History site which had simulated WWII camps set up outside complete with military vehicles. 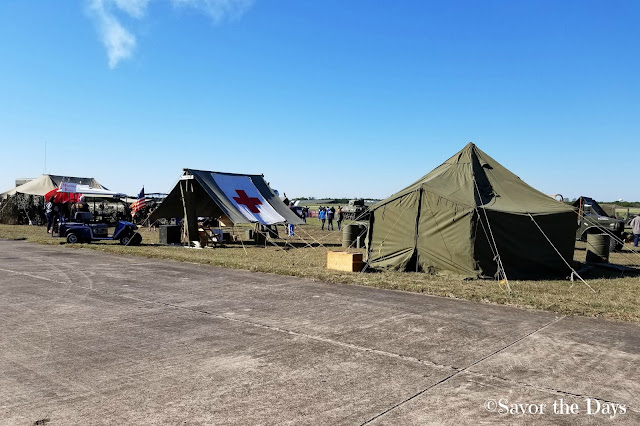 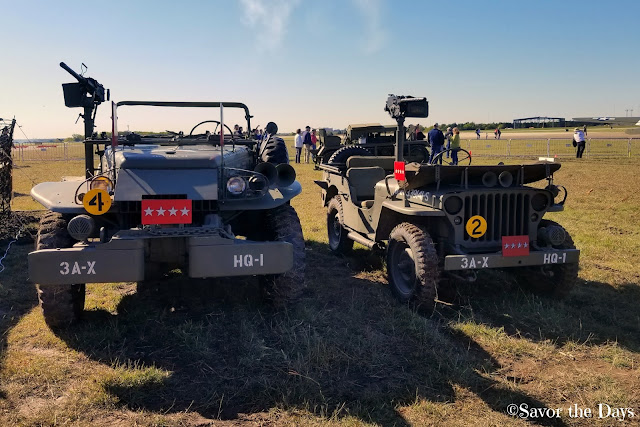 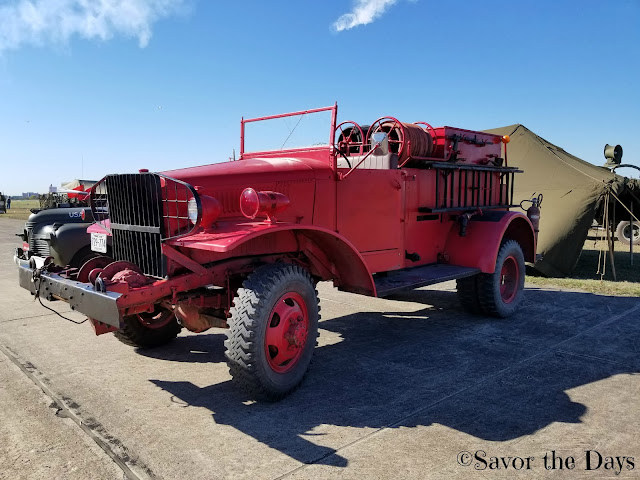 My favorite part of the show was the Normandy Showcase which re-enacted the D-Day invasion on Normandy and included a parachute drop with jumpers using authentic WWII equipment.


We saw several famous planes including "That's All Brother", the C-47 that led the other planes into Normandy and was the first to drop paratroopers into battle, a maneuver which changed the course of the war.  We also saw This plane Nicholas is standing behind in the picture below is a C-35 named "D-Day Doll". 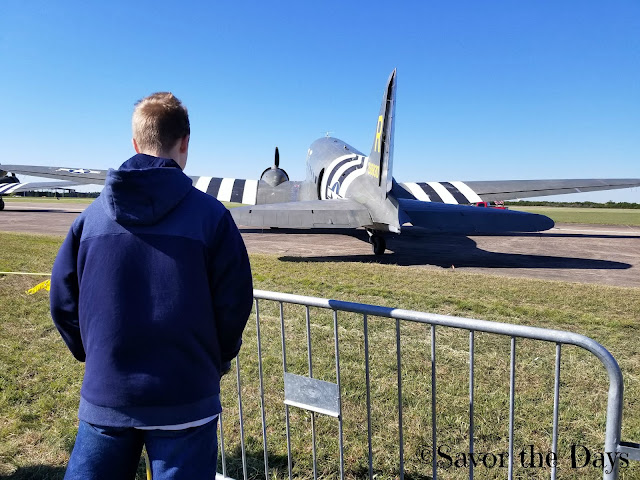 The kids had each been given a fidget spinner toy at one of the educational booths.  They figured out that they could hold the fidget spinners behind a plane and the prop wash would make them spin on their own!  What a creative way to play with them!

If you are interested in learning more about the CAF, check out the Commemorative Air Force website but also follow them on the Commemorative Air Force Facebook page.  I have learned a lot about these beautiful planes just from the short posts they make there.
at October 26, 2018
Email ThisBlogThis!Share to TwitterShare to FacebookShare to Pinterest
Labels: aviation, history, homeschool, Nicholas, Rachel