A Hockey and Beef Kind of Birthday

He is an amazing husband and an incredible dad to our two beautiful kids.  His parents, my parents, and I all pitched in to show him just how much we love and appreciate him.  He didn't give me anything for a wish list so we had to go out on a limb and guess what he might like.

We started the morning with gifts before he went to work. 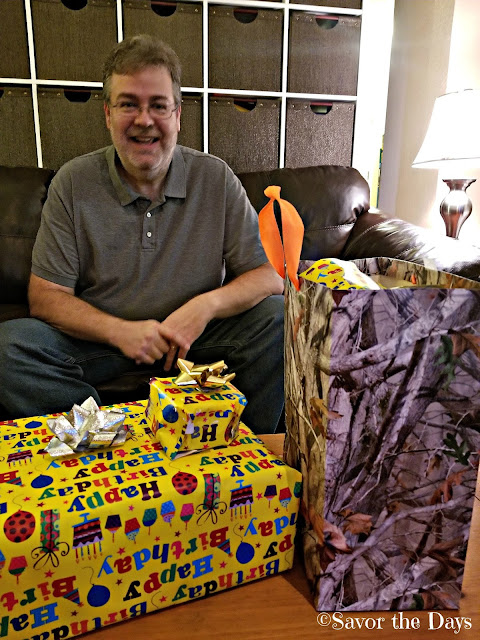 He first opened the smaller gifts....some hockey stick tape, hockey drink coasters, and most importantly a new Dallas Stars blanket to keep in his car so he could finally give me back the blanket he stole from my car when he realized how brilliant I was for always having a blanket in my car.....

Then we let him open his nicer present.  New hockey gloves.  He had some used gloves that he had finally worn holes in the finger tips so it was time for new ones. 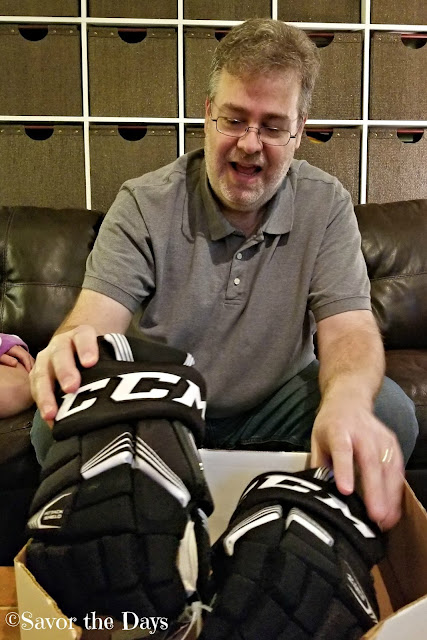 Then we pulled out a bigger present from the closet.  He says he was stumped when he tried to figure out what it was. 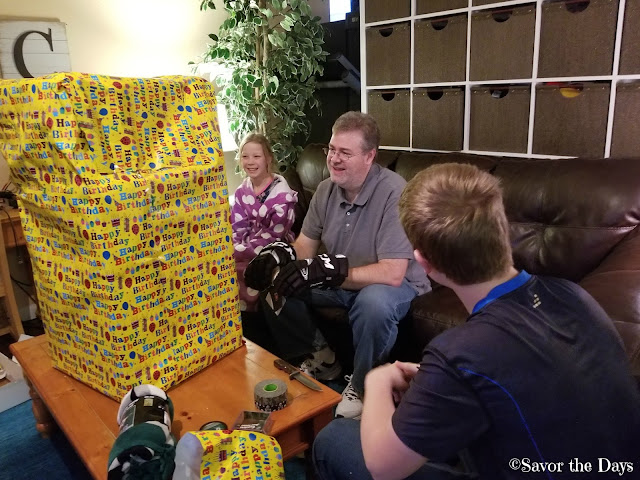 He finally opened it and found a new hockey bag.  I was so glad to be able to get this for him.  It is so much nicer than the crummy old giant blue bag that he had to carry around on his shoulders packed full of gear and bumping into walls as he walked.  This one stands upright and has wheels! 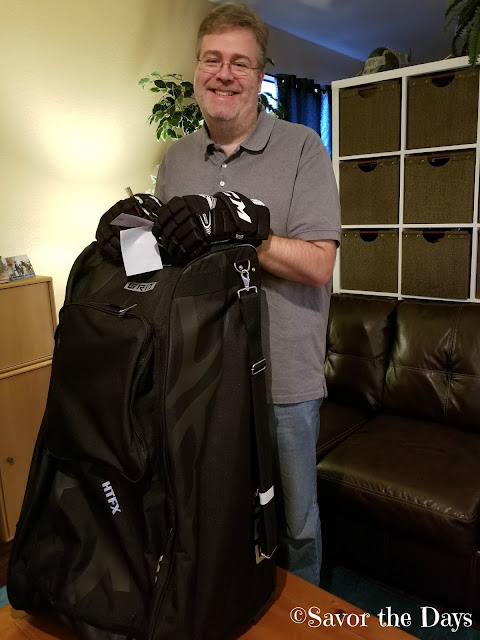 On Wednesdays nights, I am at the hockey rink with the kids until 7:30 so Stuart cooks and has dinner ready for us when we get home.  But I didn't want him to cook on his birthday so we convinced him to try a new Brazilian Steakhouse in town called Carvao. 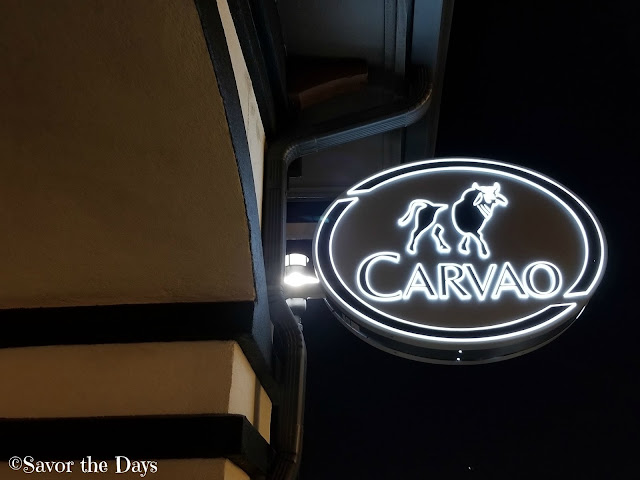 I think it would be more appropriate to call it Meat Palace or something catchy like.  On the table each person has a little card that is green on one side and red on the other.  When the card is green, the servers will walk by and offer you various types of meat including beef, pork, lamb, and chicken that they will carve for you right at the table.  When you are stuffed, just turn the card to red and they will walk on by. 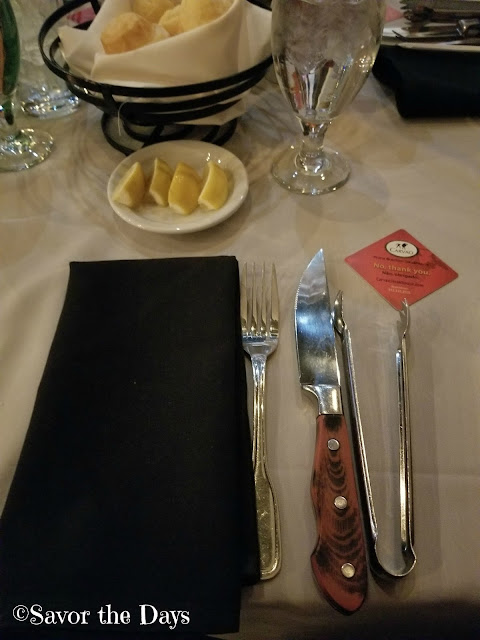 There is a salad bar as well but we didn't want to fill on on lettuce when these incredible meats were waiting for us.  My favorite was this Picanha which I believe is the house specialty. 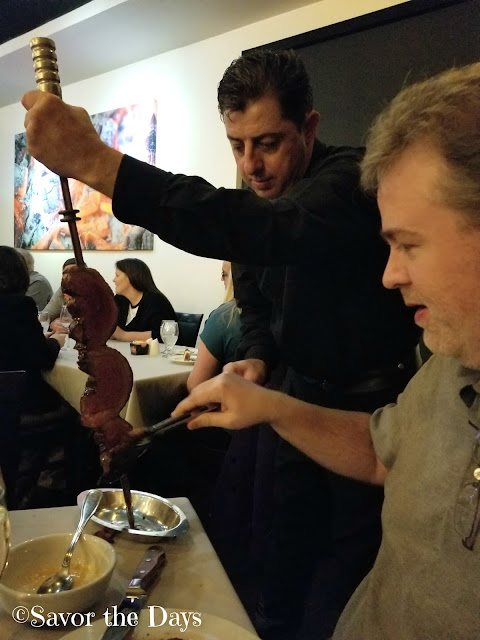 As the server carves, you use your tongs to hold the slices as they are cut.  The kids had a great time with this. 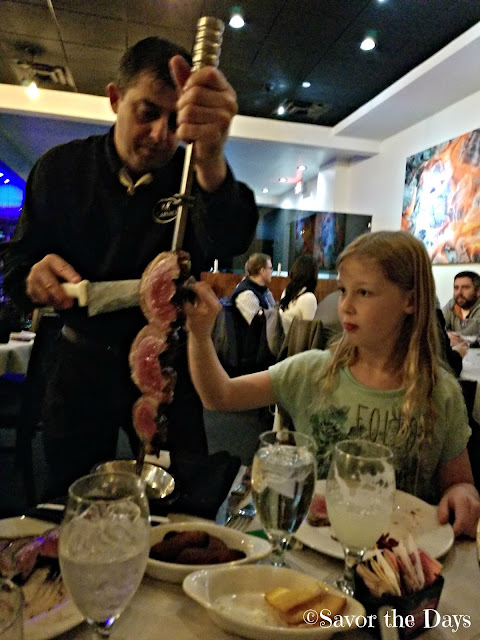 Stuart, we hope you had a wonderful birthday.  We love you!
at home birthday family Stuart