Art and Architecture of St. Joseph

After dinner we headed out to watch a pre-eclipse fire show with the Pyro Tribe.  But even from the hotel parking lot, we were already getting an amazing show.  So beautiful. 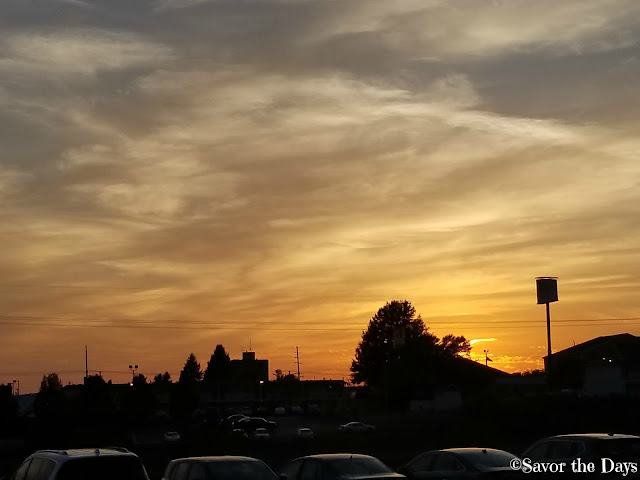 I don't know much about architecture but the nuances I've noticed in St. Joseph have really sparked my interest.  There are features here that I just don't see in other places we've been.  Look at this little tower hanging off the side of the building. 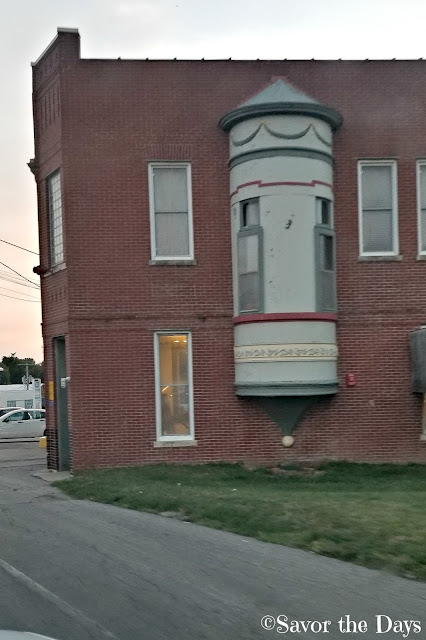 Another tower.  This one is on the corner of a building and it has a dome on top. 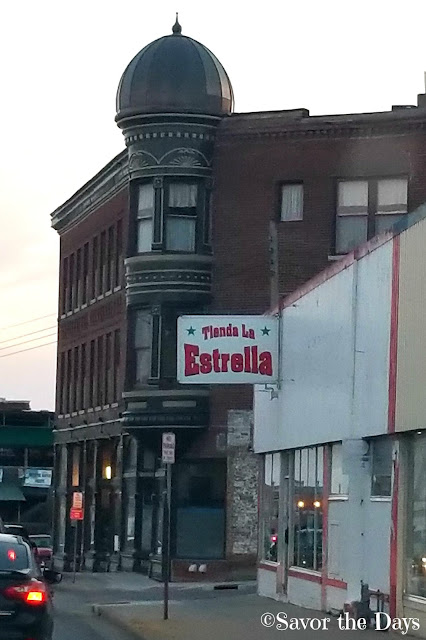 Another corner tower.  This one is more squared off the than other ones but still really interesting looking. 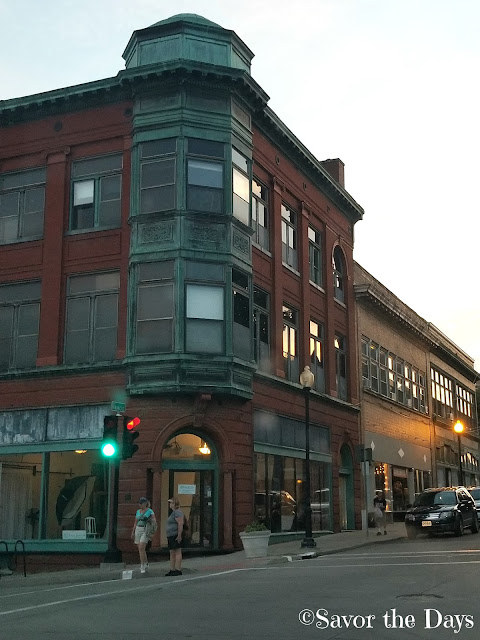 I love the old red brick buildings that are all over downtown.  I didn't realize until after I looked at this picture at home that it also has those little towers on the side of the building. 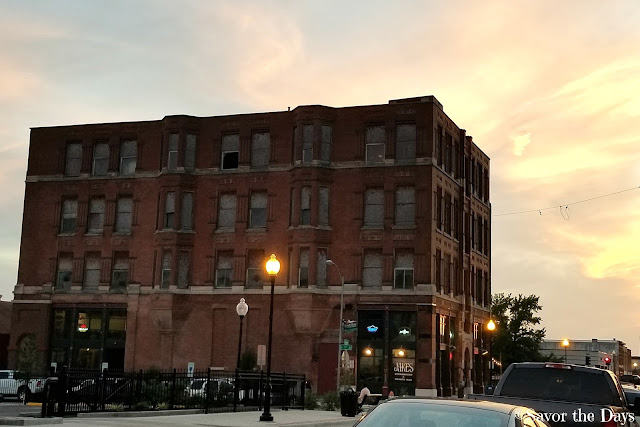 We Pyro Tribe was performing at the Coleman Hawkins Park at Felix Street Square.  We found a nearby parking spot at the old theater.  I love the colorful tiles and interesting design on the facade. 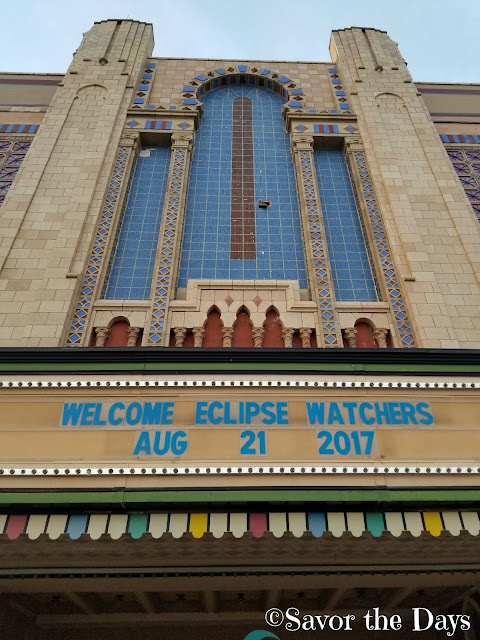 As we walked to the square, the kids asked about this.  Stuart told them that they are fire escapes and he explained how the counterbalance system works. 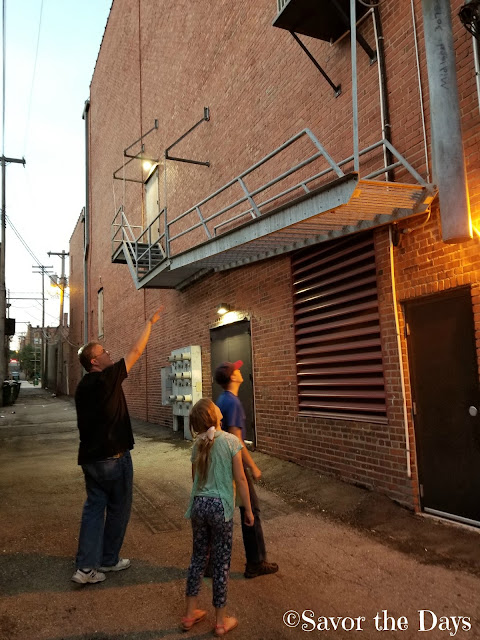 The Pyro Tribe fire show was simply amazing and scary.  The first performer used two fire poi that he swung around and danced with. 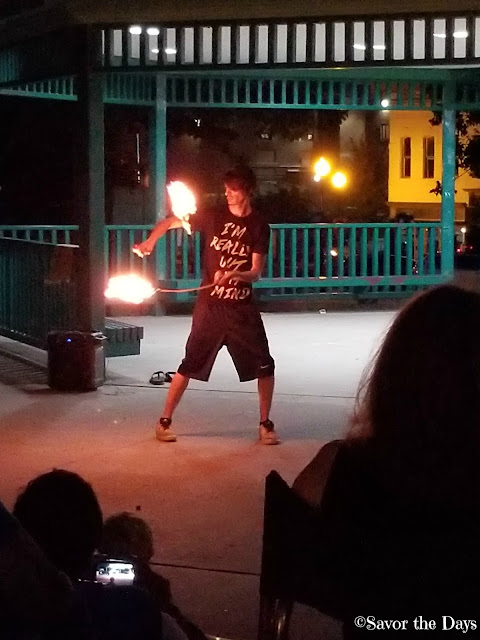 As a mother, I was glad to see that they had someone on the side with a wet towel to help put out the fire, if needed. 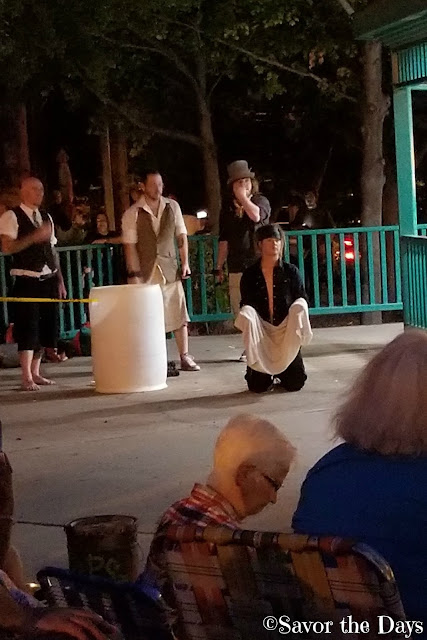 This guy used a fire staff which is one long stick with fire on both ends. 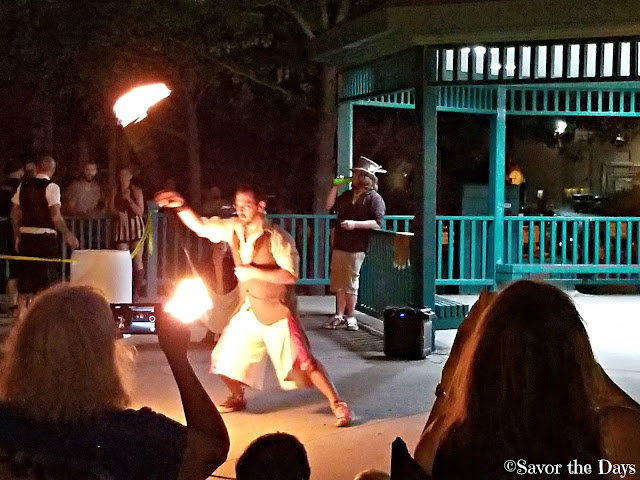 The highlight of the show was the fire breather.  He gave me a heart attack.  And I wish I had covered Nicholas' eyes because now he thinks he wants to learn how to breathe fire! 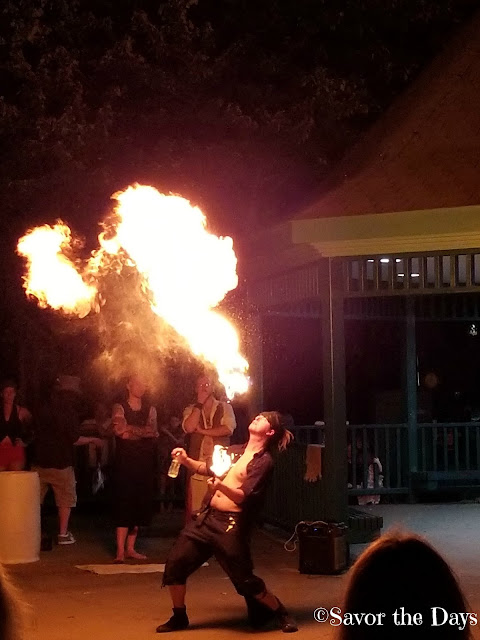 Rachel liked the fire hula.  It did seem to be the most tame of all of the performances but still impressively scary. 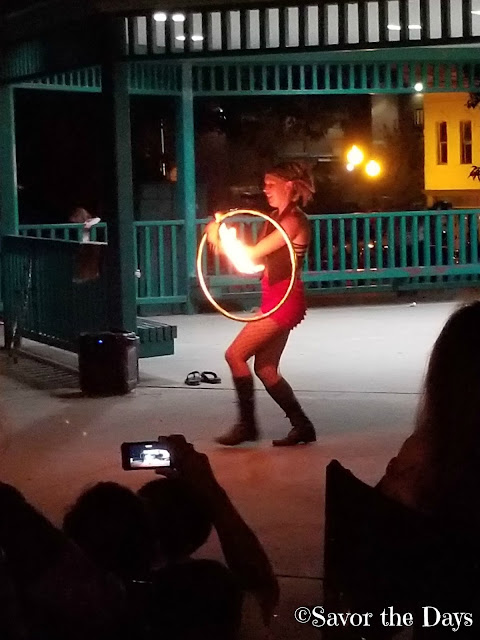 For the finale, they all performed together to...guess what song..... 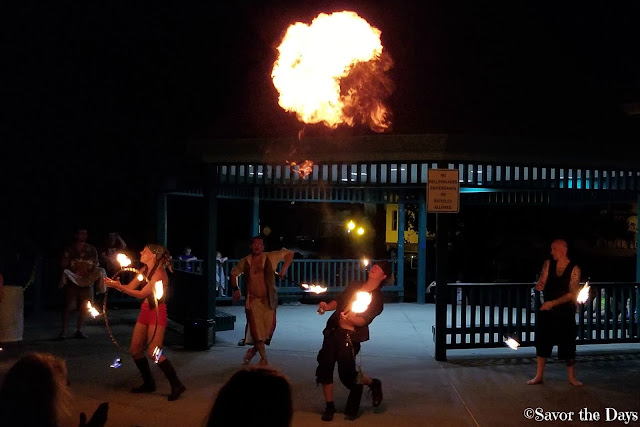 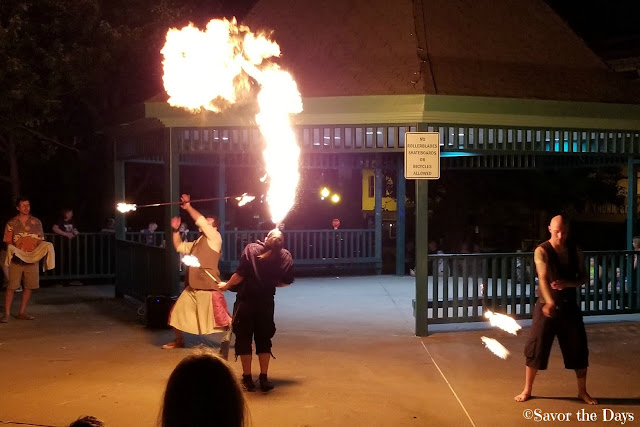 I thought I caught some videos of the performances but I can't find them now.  We headed back to the car and this mural caught my eye.  I love downtown murals!  What a beautiful way to bring some art and color to a dull concrete jungle. 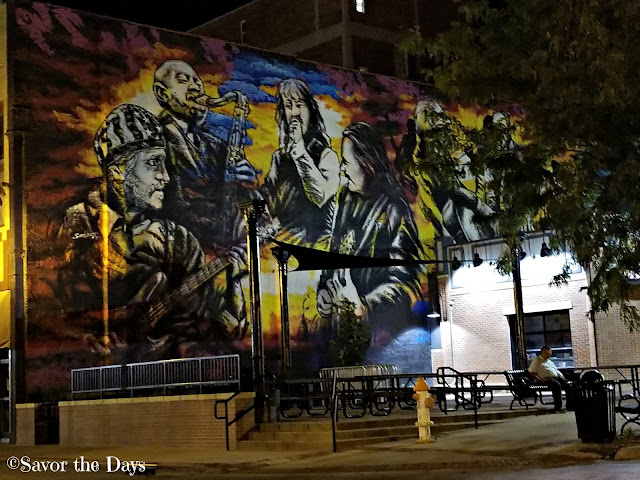 There was also this sculpture right in the middle of the sidewalk. 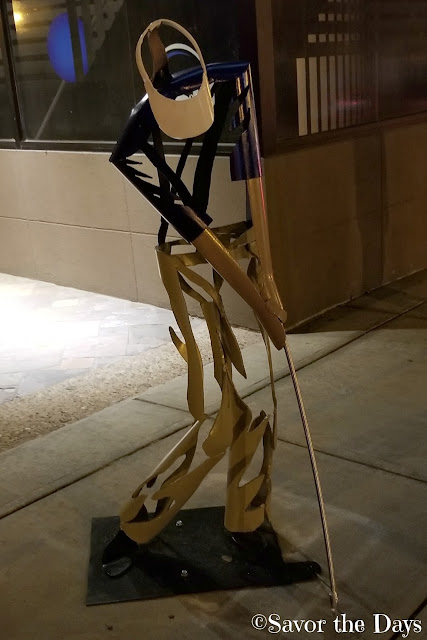 I wish we had more time to study the art and architecture of St. Joseph.  But we only had a few days there and we were pretty much focused on the eclipse.  With all of the excitement in town about the eclipse, I was just giddy and couldn't wait to experience it.  It was hard to get to sleep that night.
at August 20, 2017
Email ThisBlogThis!Share to TwitterShare to FacebookShare to Pinterest