It was the middle of the afternoon before the eclipse was completely over so there really wasn't enough time to start the eight hour drive home so we planned to stay another night and leave first thing in the morning.  We started to head to the Pony Express Museum in St. Joseph.  But we were all kind of tired from the excitement of the day and none us seemed to want to go to a museum.  While we had pulled over to talk about what we could do instead, I jumped out to get a picture of corn against the sky.  There were a lot of corn fields in Missouri and Kansas. 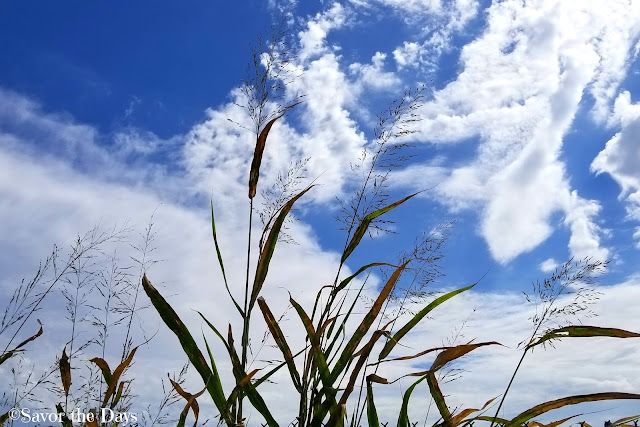 We decided to just have a good hearty dinner and go to bed.  Stuart has been making some great BBQ at home and Kansas City is known for its BBQ so we made a short road trip to try a restaurant called Q39. 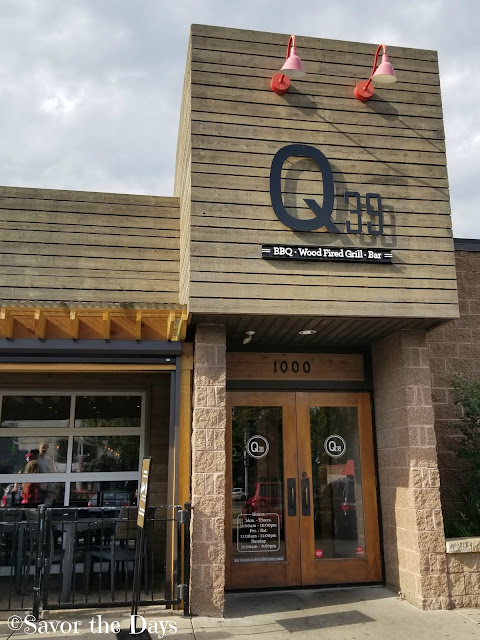 We were kind of early for dinner but the place was PACKED!  We were happy to just get a seat and rest for a bit. 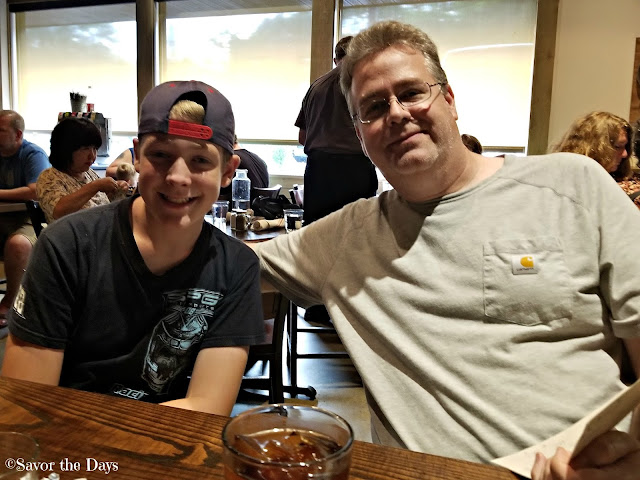 The food was melt-in-your-mouth delicious! 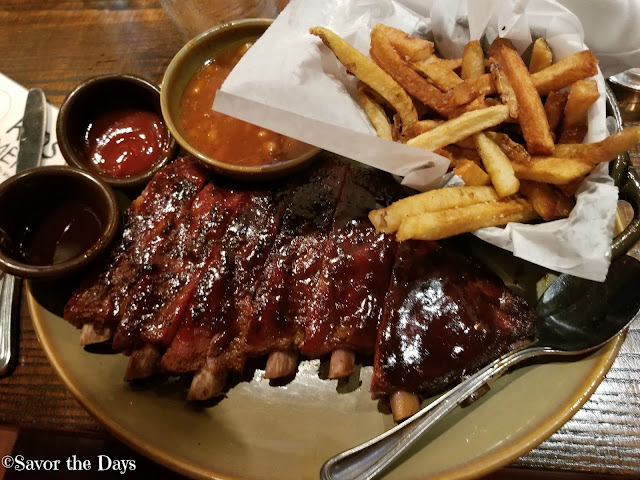 Definitely some of the best BBQ we've ever had. 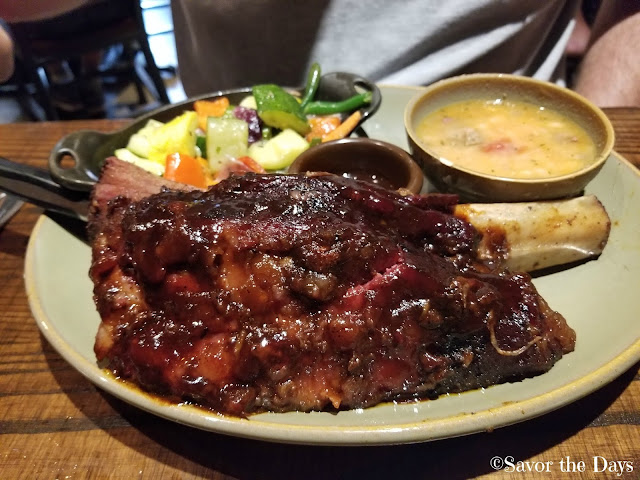 On the way back to the hotel in St. Joseph, we stopped at this beautiful mural of the Lewis and Clark Expedition.  We will be studying Lewis and Clark this year with Tapestry of Grace so I wanted to be sure the kids had a chance to see it.  It was really huge.  For perspective, if you look closely, you can see Rachel in a pink outfit up against the mural wall. 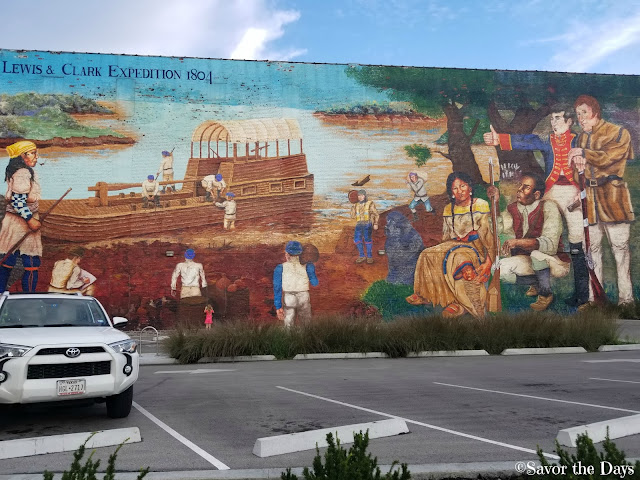 So I'm just realizing during this trip that I enjoy taking pictures of architecture and bridges.  I always have.  Some of my first "photo walk" pictures were taken of buildings in downtown Baton Rouge and I can't help but take pictures of the bridges every where we go. 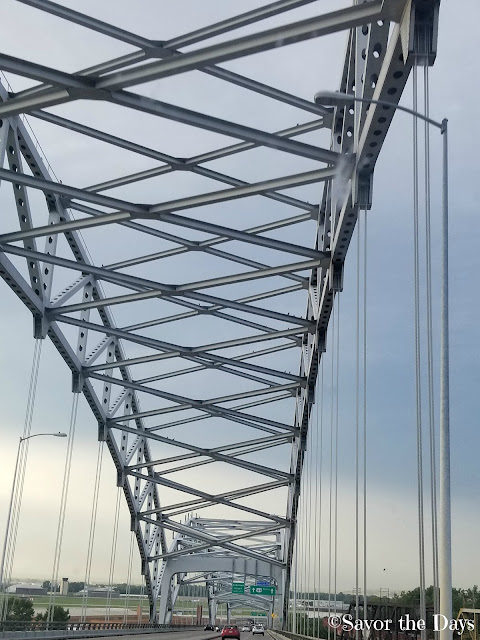 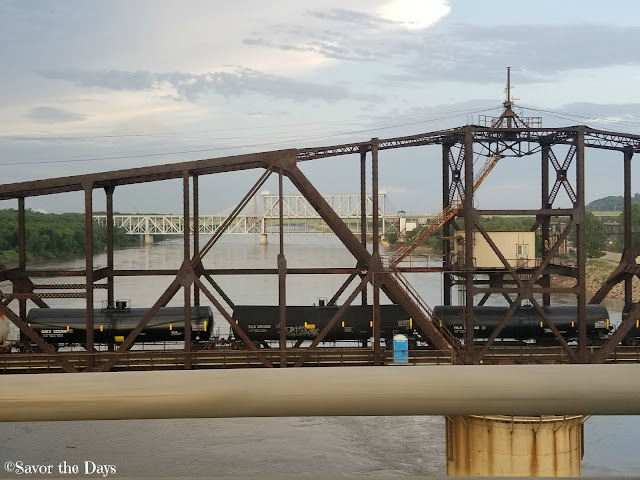 We caught a little rain on the way back to the hotel but once it stopped, the sky was beautiful. 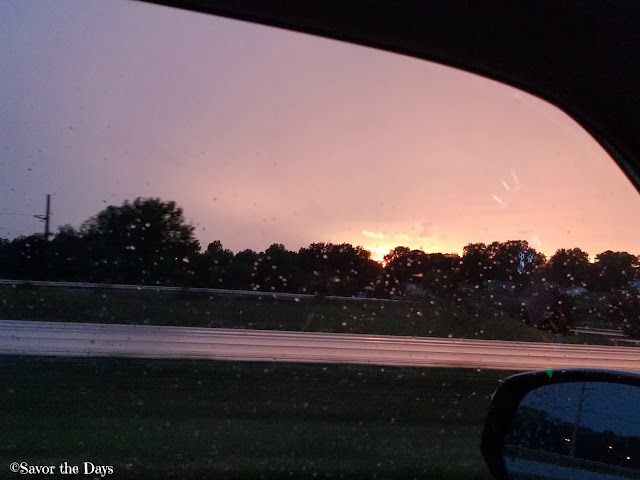 We got a good night's sleep and were up early for the breakfast buffet at the hotel.  It was quiet and not nearly as loud and packed as it had been just a day or two before when they had to set up an overflow room so guests would have a table at which to sit and eat.  It was kind of sad now.  I missed all of the excitement.

But we were happy to get back on the road and head home.  This isn't the best picture but I took it in Missouri.  I liked the little hills and the shadow that the clouds made on the ground. 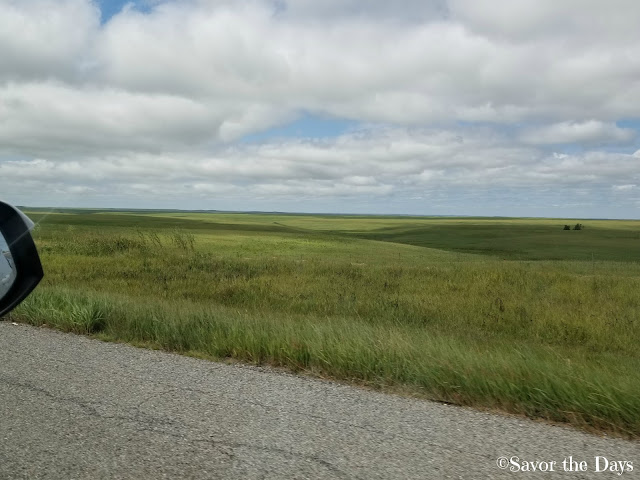 The scenery got better though when a little later we saw two rainbows (the one on the right is very faint in the picture). 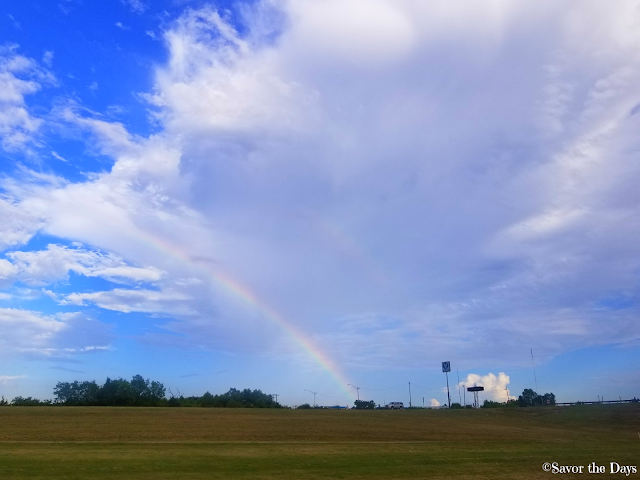 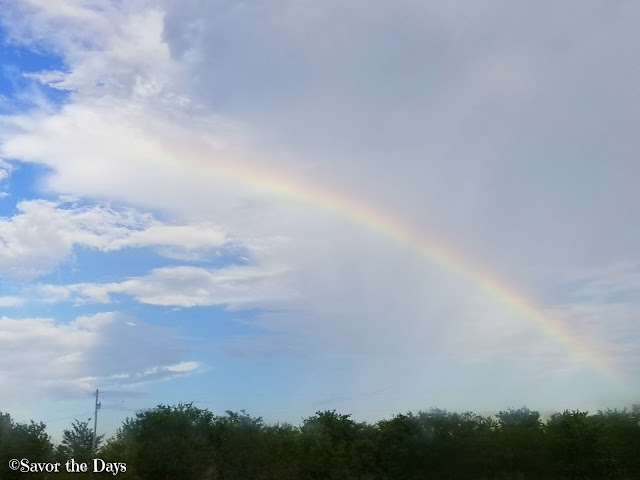 Ahh, home sweet home!  I was tired and so glad to get home.  I know Stuart was tired too since again he insisted on driving the whole way. 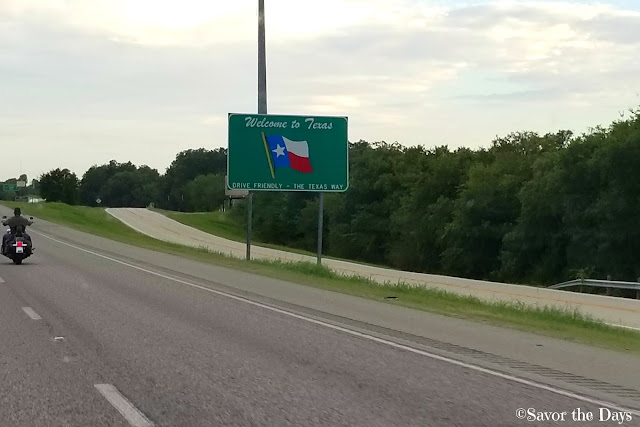 At one point I looked back at Rachel who was just sitting quietly and looking so sweetly at her Pink Baby.  Pink Baby was a baby shower gift so she has technically had her since before she was born.  She loves Pink Baby like the Velveteen Rabbit.  As she picked up Pink Baby to hug her, I noticed that she had been drawing a picture of her on the notebook she had brought. 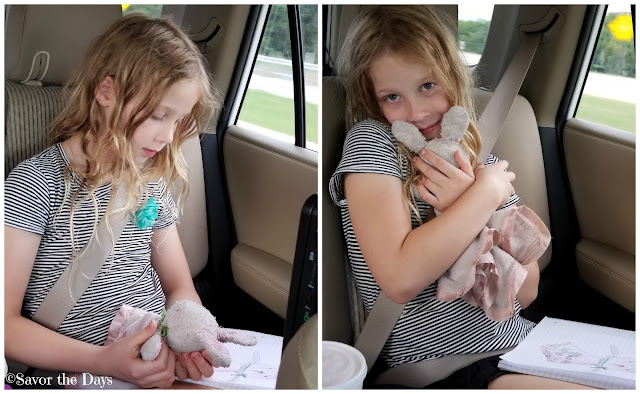 We had a great trip to Missouri to see the eclipse.  There is just nothing like experiencing an eclipse in totality but all of the other activities we did were great too.
at August 22, 2017
Email ThisBlogThis!Share to TwitterShare to FacebookShare to Pinterest
Labels: field trip, food, Nicholas, Rachel, Stuart