Nuggets was our first chick to hatch but the next day we had two more hatch and then a few more hatched each day over the next few days.  It has been fun to watch the whole hatching process. 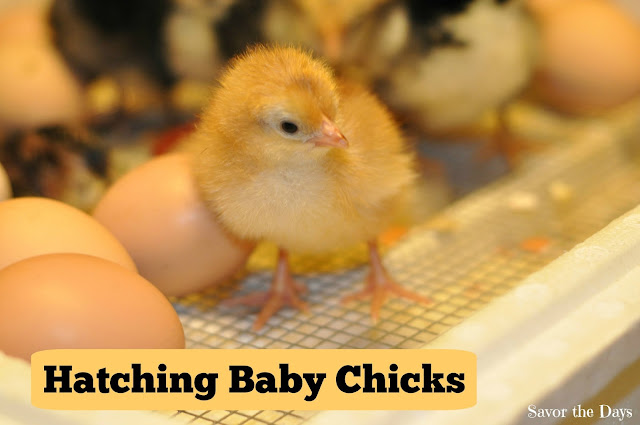 The chicks began hatching after sitting in the incubator for 21 days.  Their beaks develop with a little piece the protrudes out of the end of the beak.  It is called the egg tooth and it is used to help the chick break out of its shell.  They use the egg tooth to make the first break in the shell and then they rotate themselves around inside the shell while continuing to use that egg tooth to break more shell. 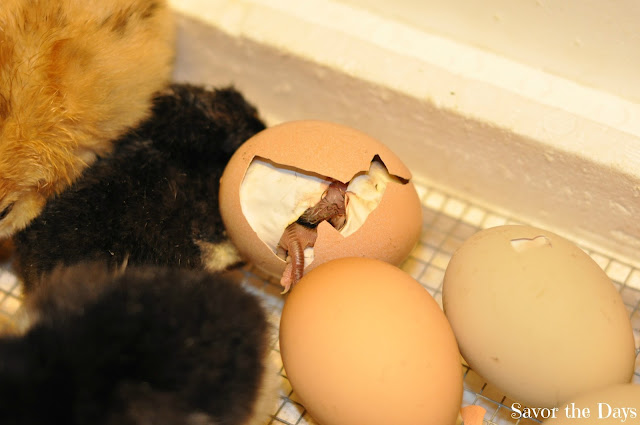 It can take several hours for them to finally get out of the egg.  They usually end up cutting the egg in half and then just popping out. 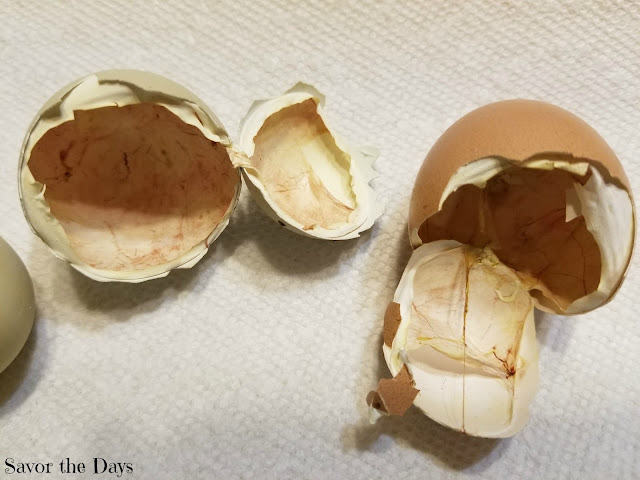 We check the incubator throughout the day to monitor new egg activity.  It is so exciting to see a new crack in an egg.  Here is a video of a baby chick coming out of his egg.  This was such an amazing experience to watch.


Newly hatched chicks are clumsy but they have the cutest little chirps!  And you can often hear the chirps from other chicks that are still inside their egg.

When the chick first comes out of the egg it is wet and needs to be kept warm in the incubator for about a day until it has completely dried out and the feathers have fluffed up. 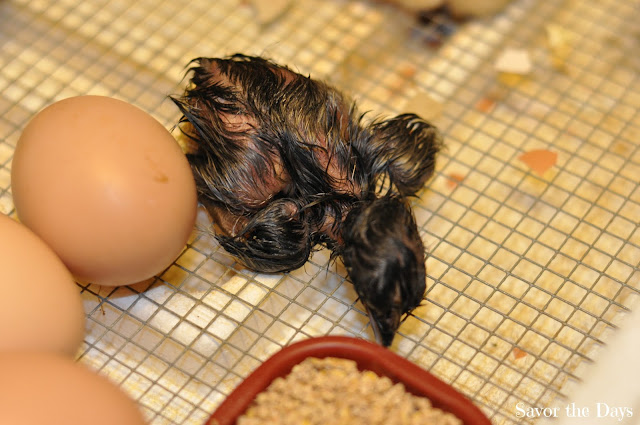 A newly born chick can go a day or two without food because they have just eaten all of the nutrients inside the egg.  But after a day or so, we gave them some medicated chick granules.  They contain a medication to prevent coccidiostats which is an internal parasite that chicks can get.  We used a Rubbermaid food storage lid as a makeshift chick feeder. 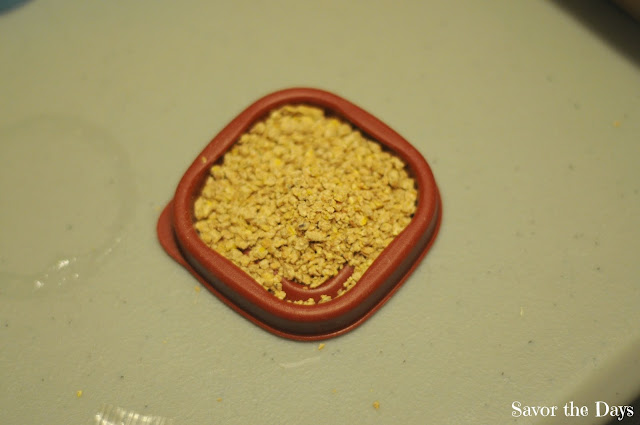 Once they are dry they are just cute little fluff balls and it is ok to handle them. 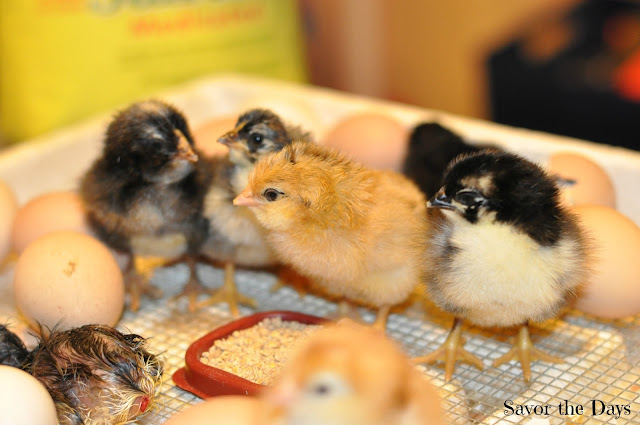 This chick below is the one Stuart has named Rotisserie but Rachel doesn't like that name.  She calls it Cutie. 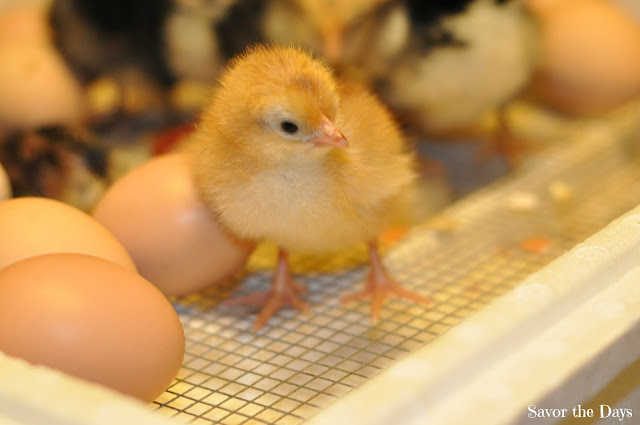 Here is our first chick, Nuggets, hanging out with his brothers and sisters. 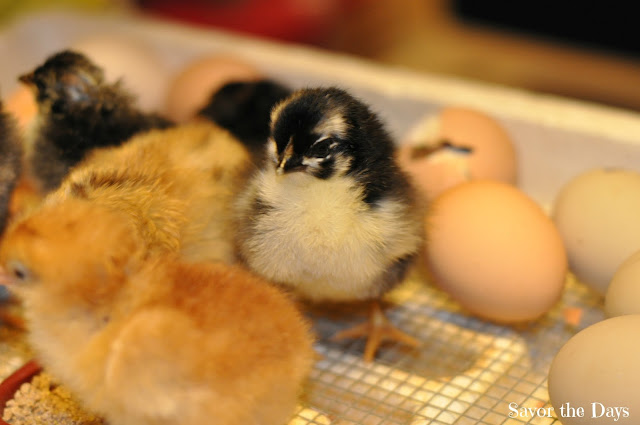 at May 04, 2017
Email ThisBlogThis!Share to TwitterShare to FacebookShare to Pinterest
Labels: backyard chickens