We love Homeschool Day at the Perot Museum!  The museum sets up 9 themed tables throughout the regular museum area.  Each table has a hands-on activity to help teach the scientific concepts to the kids.  As they complete each activity, they get their card stamped and can receive a certificate once they have finished. 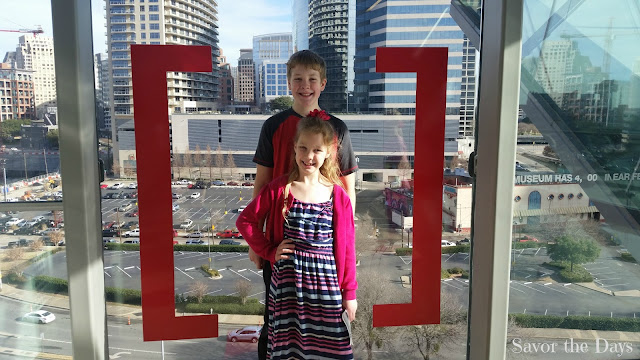 Last semester's theme was on Forensics.  The kids went to each station where they learned different aspects of the science behind detective work and they gained a new clue to solving a mystery at the end.

This time the theme was Nanotechnology!

We started with learning just how small a nanometer is.  It is one billionth the size of a meter!  That's really small!  This video is not from the Perot but I showed it to the kids before we went to the museum to help them understand just how small this is.

The kids traced their hands.  Rachel's hand is about 140 million nanometers long!  That sounds huge, doesn't it? 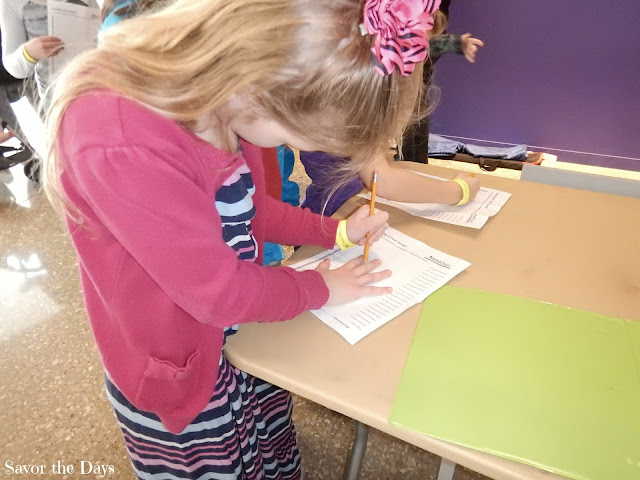 Nicholas learned that he is about 1.6 TRILLION nanometers tall! 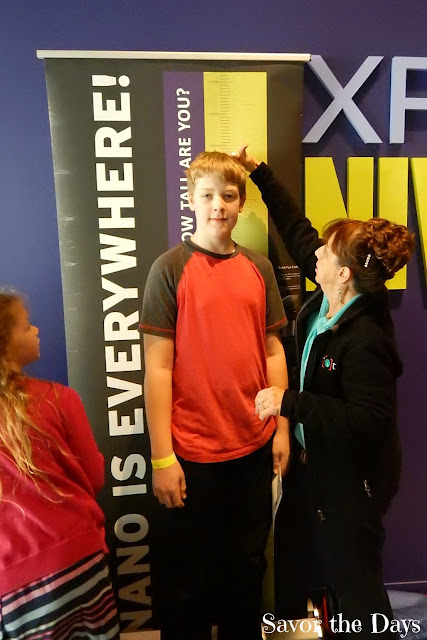 They used a mystery box to let their fingers scan over the tops of objects and then make a drawing of them just like a scanning electron microscope does by scanning objects with a beam of electrons. 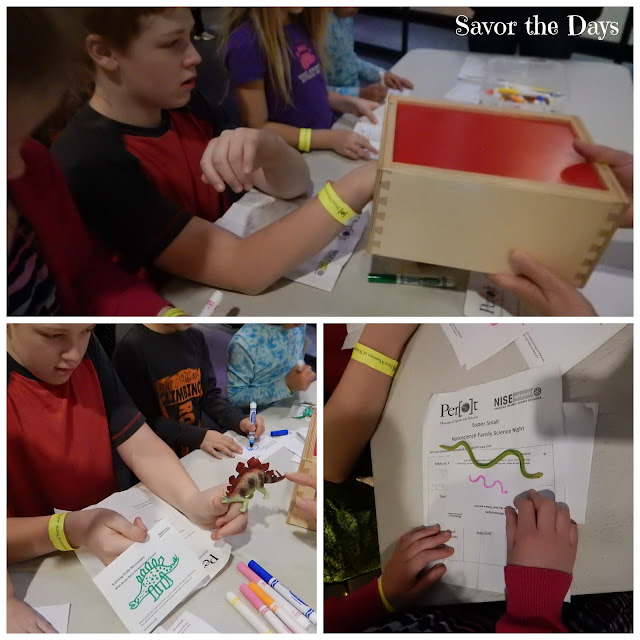 They used microscopes to study things up close. 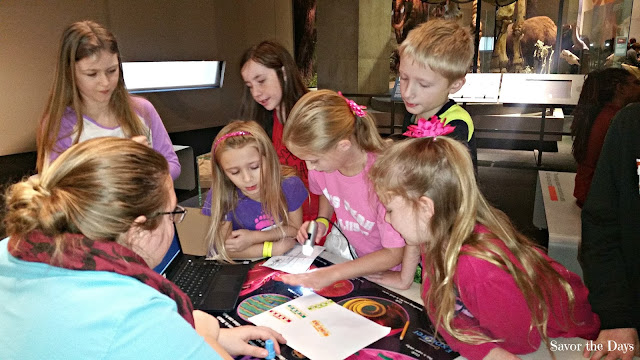 Nicholas used it to look at the surface of a piece of metal. 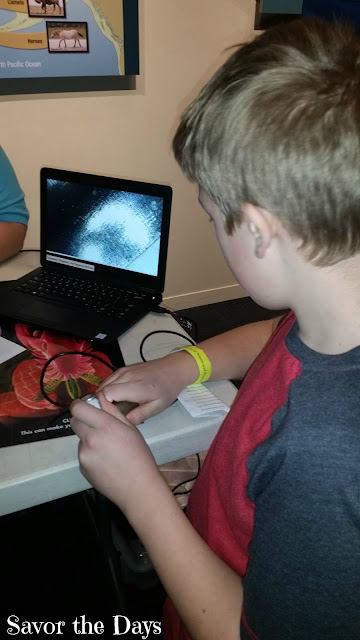 They learned about UV light which is electromagnetic radiation with a wavelength of about 10-400 nanometers, shorter than visible light but longer than x-rays.  They made bracelets with UV beads that change from white to purple when exposed to UV light.  They are a fun way to remind yourself that you need sunscreen when you are out in the sun! 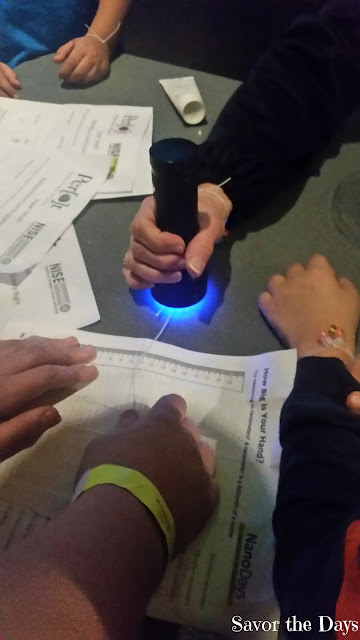 I loved the ferrofluid exhibit the most.  Ferrofluid is a liquid made up of nanoscale magnetic particles.  You can run a magnet over a tube of it and watch all of the magnetic pieces come together.  It was fascinating to watch. 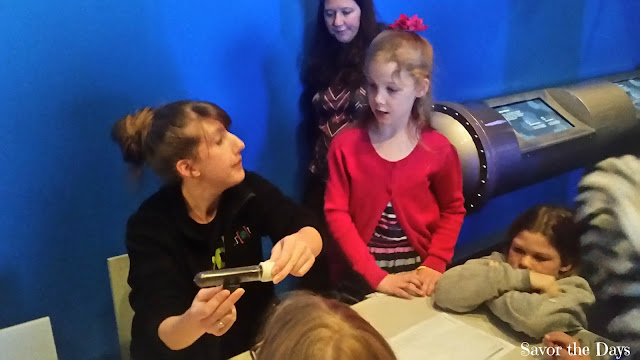 Our currency is printed with ferrofluid ink so you can run a magnet over a dollar bill and it will move ever so slightly.  This is just one of the tests that can be used to determine if the bill is counterfeit. 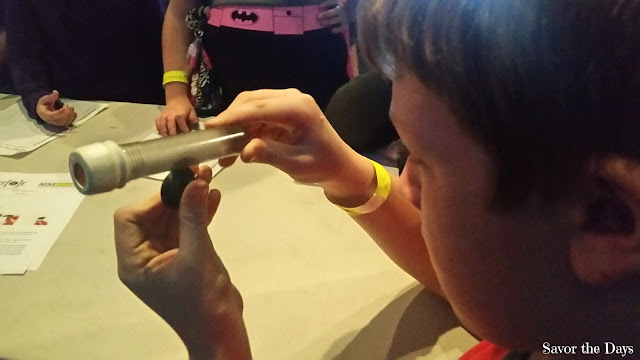 They learned about carbon atoms and how they can form buckyballs and nanotubes then they got to make their own models of the two. 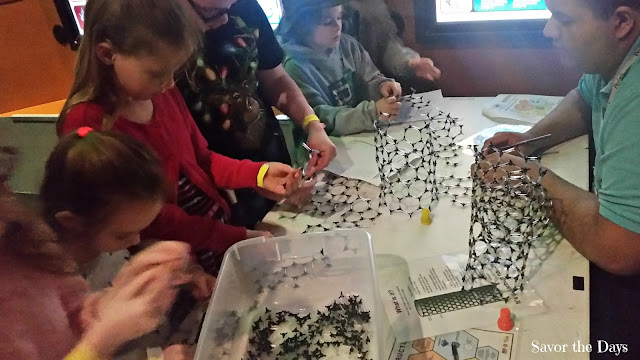 The kids have fun exploring the regular museum exhibits on their own as well. Nicholas used the Build Your Own Bird exhibit to create a "Stealth Thrasher". 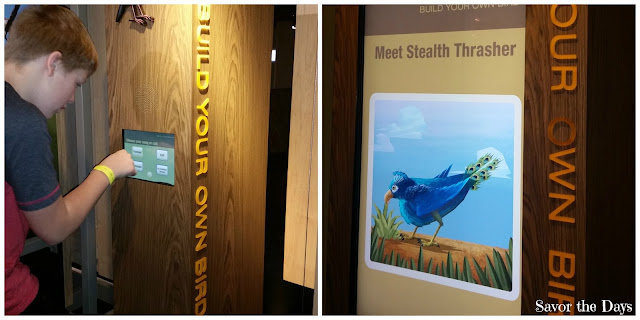 They learned how different ratios of Red, Green, and Blue change the color of light. 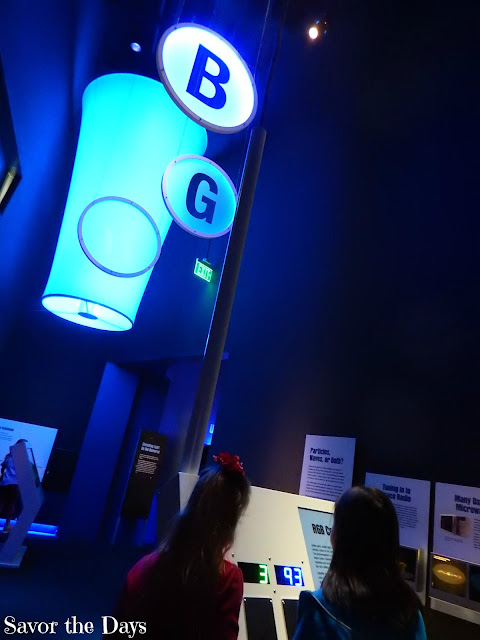 They learned about telescopes. 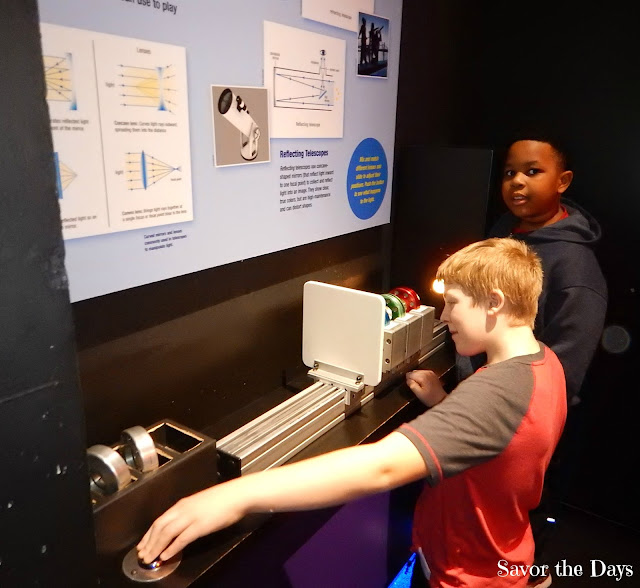 They went head to head with each other as dinosaurs. 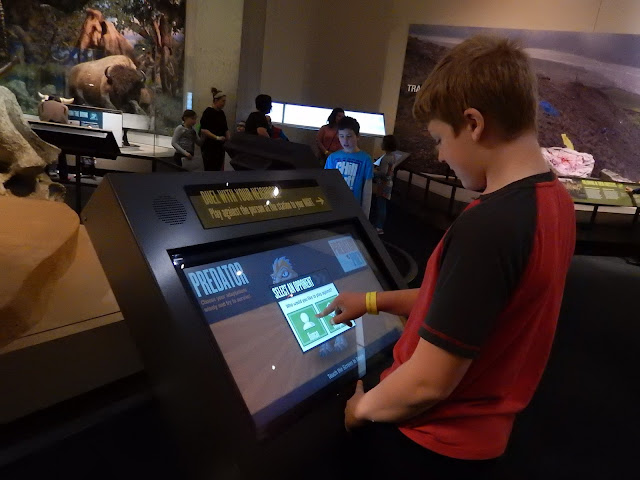 And they even raced a T-rex! 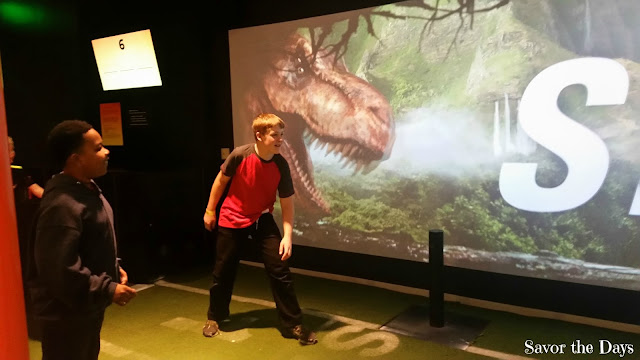 Once we had completed the activities, we all headed to El Fenix for lunch.  It was lunch time and they were super busy so our big group of 15 was a lot for them to take on.  The moms ended up sitting at one table while the kids sat at their own table next to us.  There were 10 kids and they are all different ages.  But these kids behaved nicely and were really well-mannered.