Ice Skating and Bowling - What a fun day!

Stuart was off work so he spent the morning having some fun time with the kids while I stayed home and worked on school planning.  He's an awesome dad and husband!

They went to the Dr. Pepper Stars Center for public skating.  The kids used to ice skate a lot and Nicholas played hockey for several years but life got busy and ice skating slipped aside.  They got interested again in ice skating after our field trip to the Galleria rink at Christmas time.  They both want to start back with either figure skating lessons or hockey team.  Of course, they have outgrown their ice skates so purchasing new skates will be the first step.  They are expensive kids!  But their cuteness wins me over every time.... 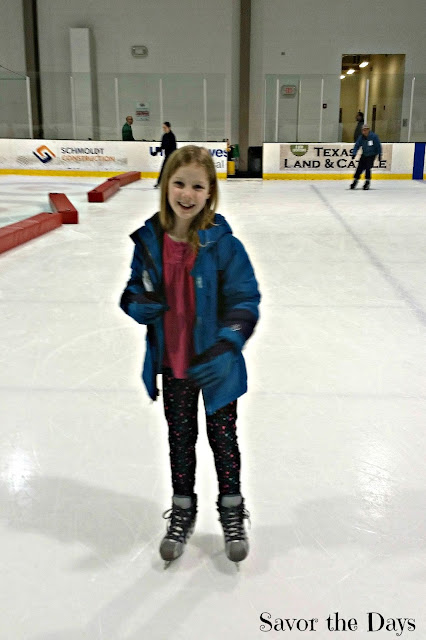 There are staff out on the ice to help but they also have fun playing with the kids.  This guy helped pull a train of kids on buckets.  They have the buckets for beginners to use for stability as they are getting used to balancing.  But obviously there are many uses for these buckets!  Nicholas helped pulled the train along some too. 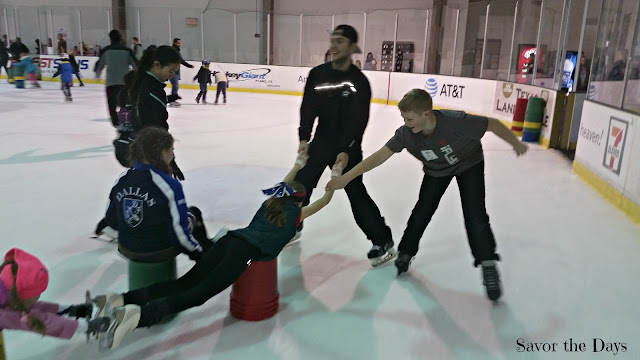 Here's a video of the kids trying to run their own skate train. It got too long and broke in the middle but Nicholas jumped in and helped the second half of the train move along.

Later in the day, Rachel's American Heritage Girls troop was getting together at Main Event to finish up their work on their Bowling sports pin. 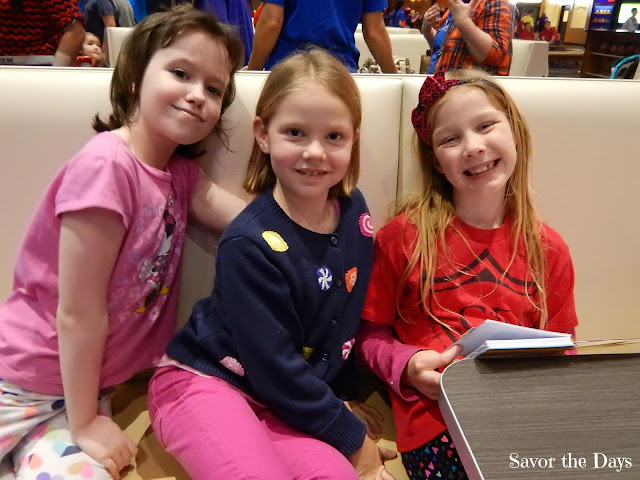 They have been learning about the history of bowling, what bowling balls are made of, proper footing for bowling, and more.  The final requirement was to play a game of bowling.  That was the best part! 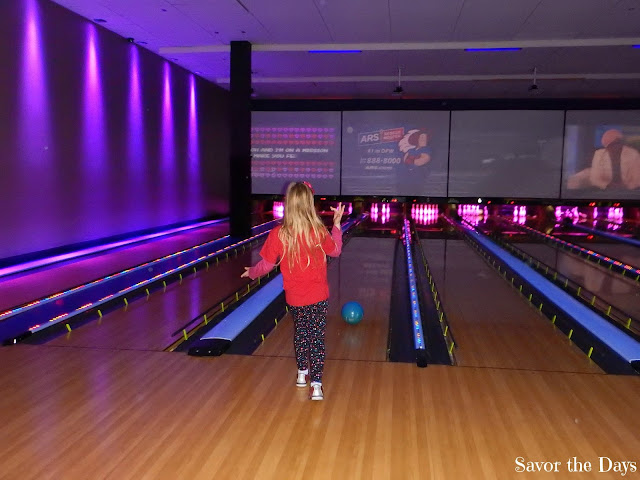 Nicholas tagged along and played a game with some of the other siblings that came. 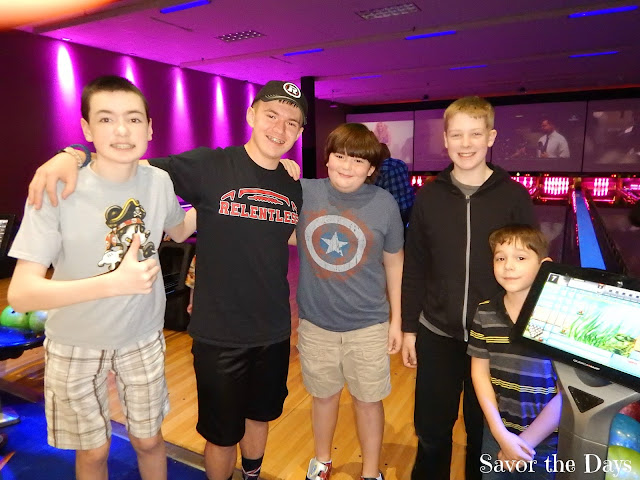 My kids aren't going to the bowling championships anytime soon but we all had a great time bowling with our friends. 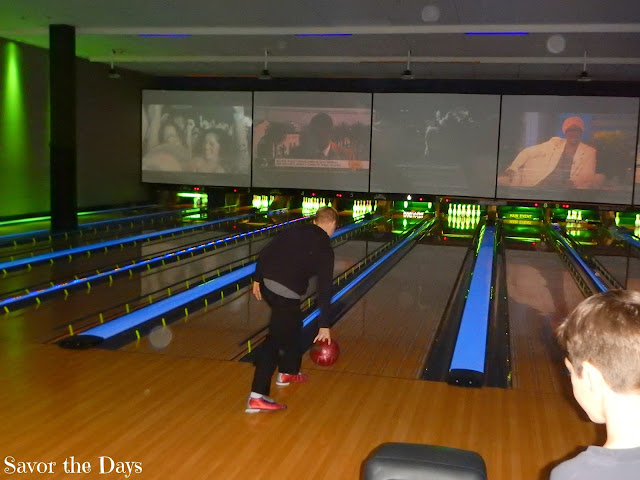 After the game, we enjoyed pizza and a drink.  The girls found this cool table that had an interactive video game projected on it. 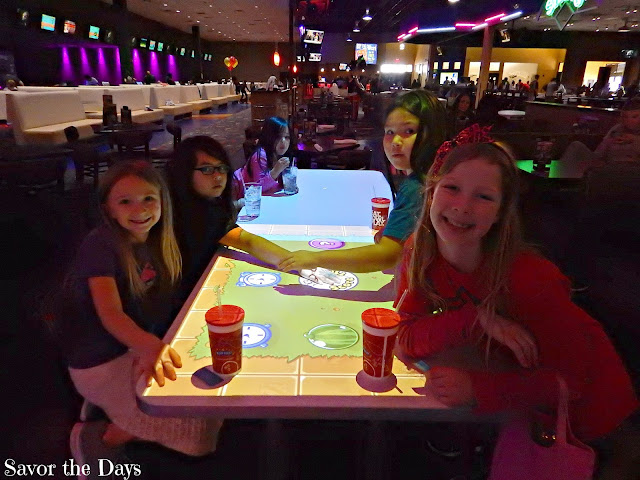 at January 16, 2017
Email ThisBlogThis!Share to TwitterShare to FacebookShare to Pinterest
Labels: ice skating, Nicholas, Rachel, silly kids, things to do in DFW