We set off this morning for a short little trip up to Gainesville to go to a Hamfest.  They have everything related to ham radios that a newly licensed ham operator might need.  We were pretty excited to go since we are trying to pick out a radio for the house and two radios for our cars.  Unfortunately, when we got there at 11:40 this morning, we learned that it was a really short Hamfest and they were already shutting down and packing up.  Oh no!  Stuart got a chance to talk with one of the big companies that was there selling new radio equipment.  I don't know that he really helped Stuart or if he just gave him more things to consider when picking out a radio, like there aren't enough choices already!  While Stuart was talking, the kids and I explored outside the building.  I found my little monkey up in a tree, of course! 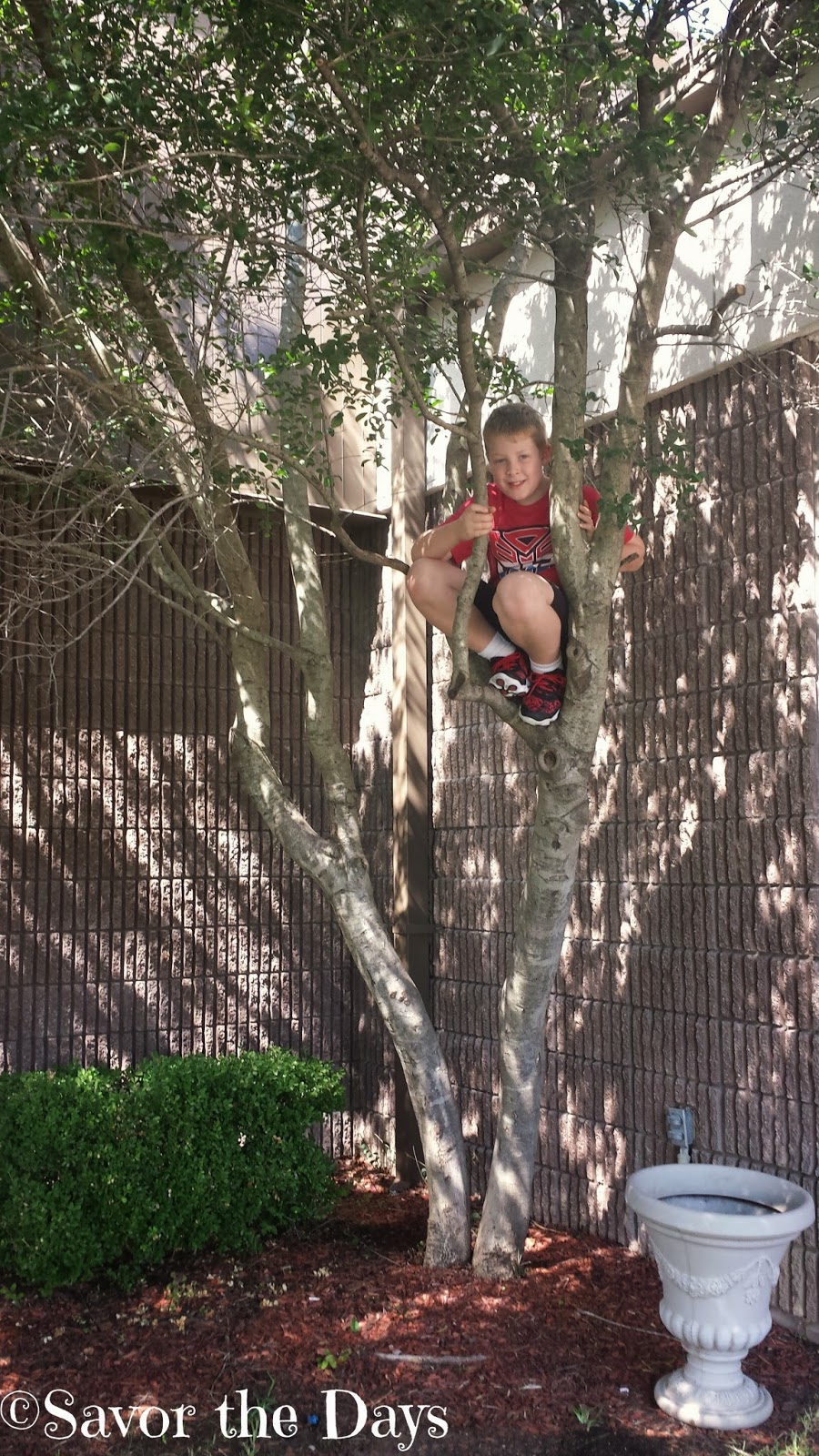 We were disappointed that we didn't leave with a radio of some kind but since we were already in Gainesville, we decided to head on over to the Frank Buck Zoo. 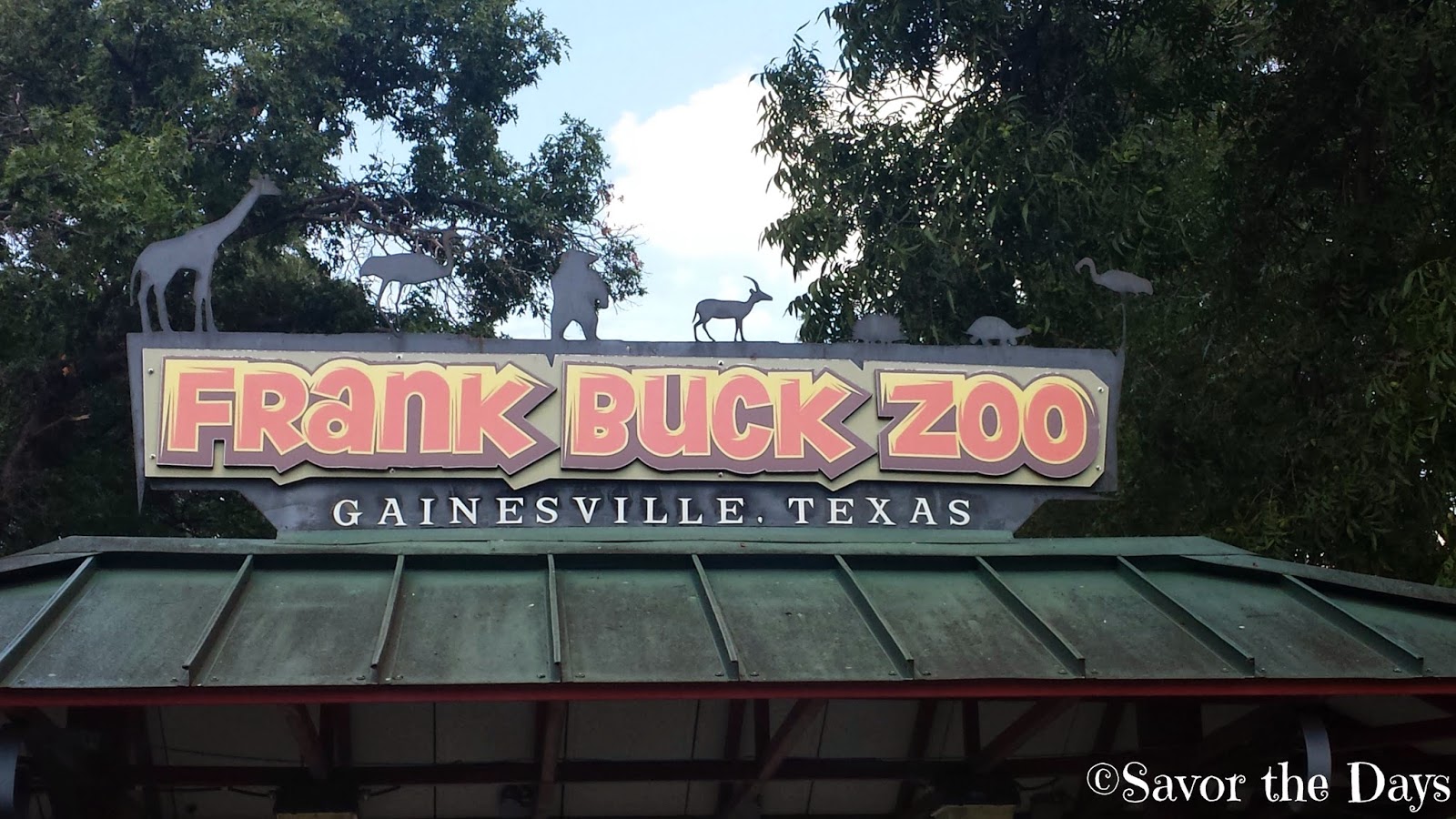 The animal enclosures are right along the sidewalk and easy for little kids to look through. 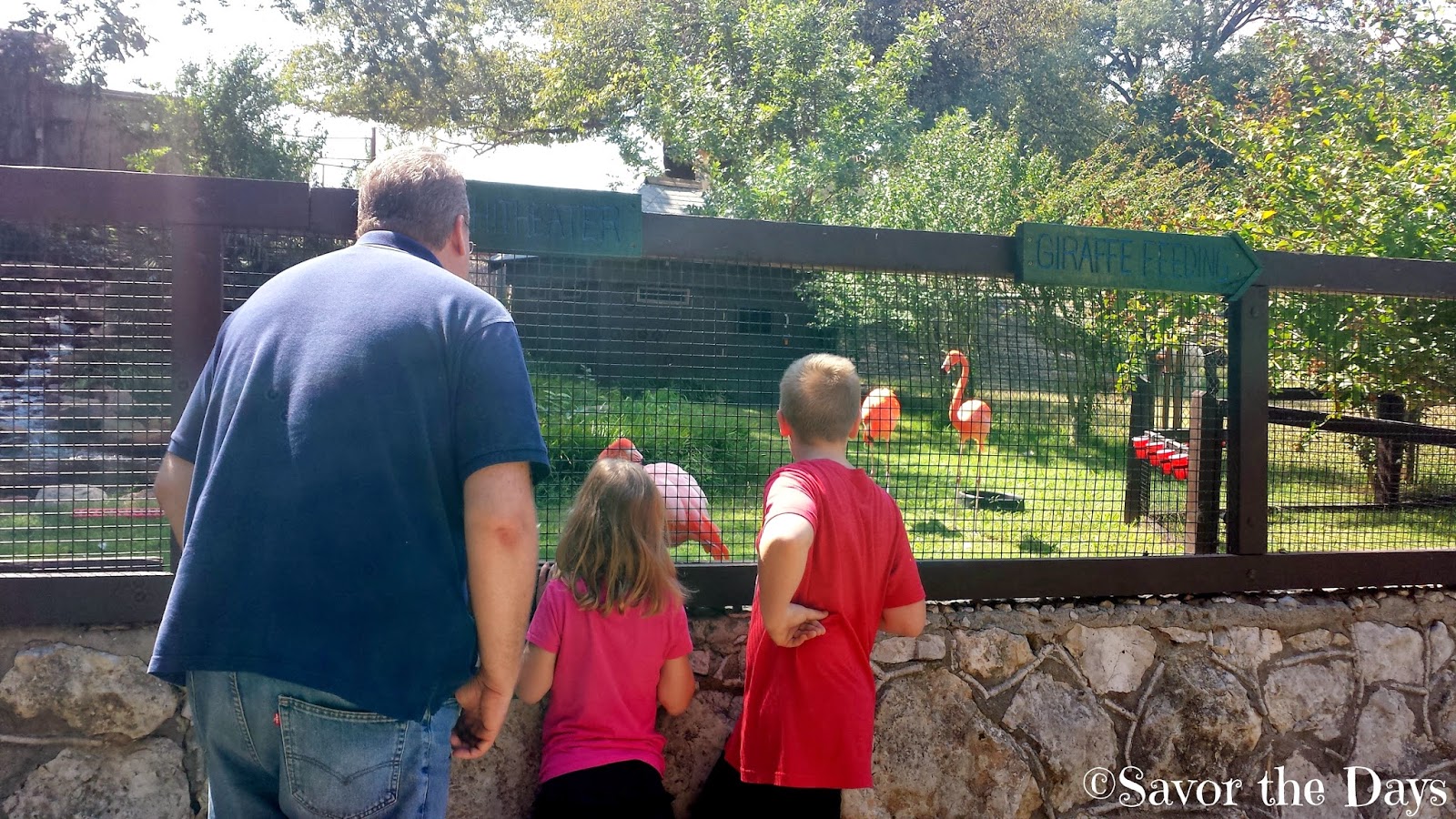 We enjoyed watching the beautifully graceful flamingos.  The color of their feathers were just gorgeous.  Rachel enjoyed telling us how their color is caused by the special shrimp they eat.  You know what they say, "You are what you eat!". 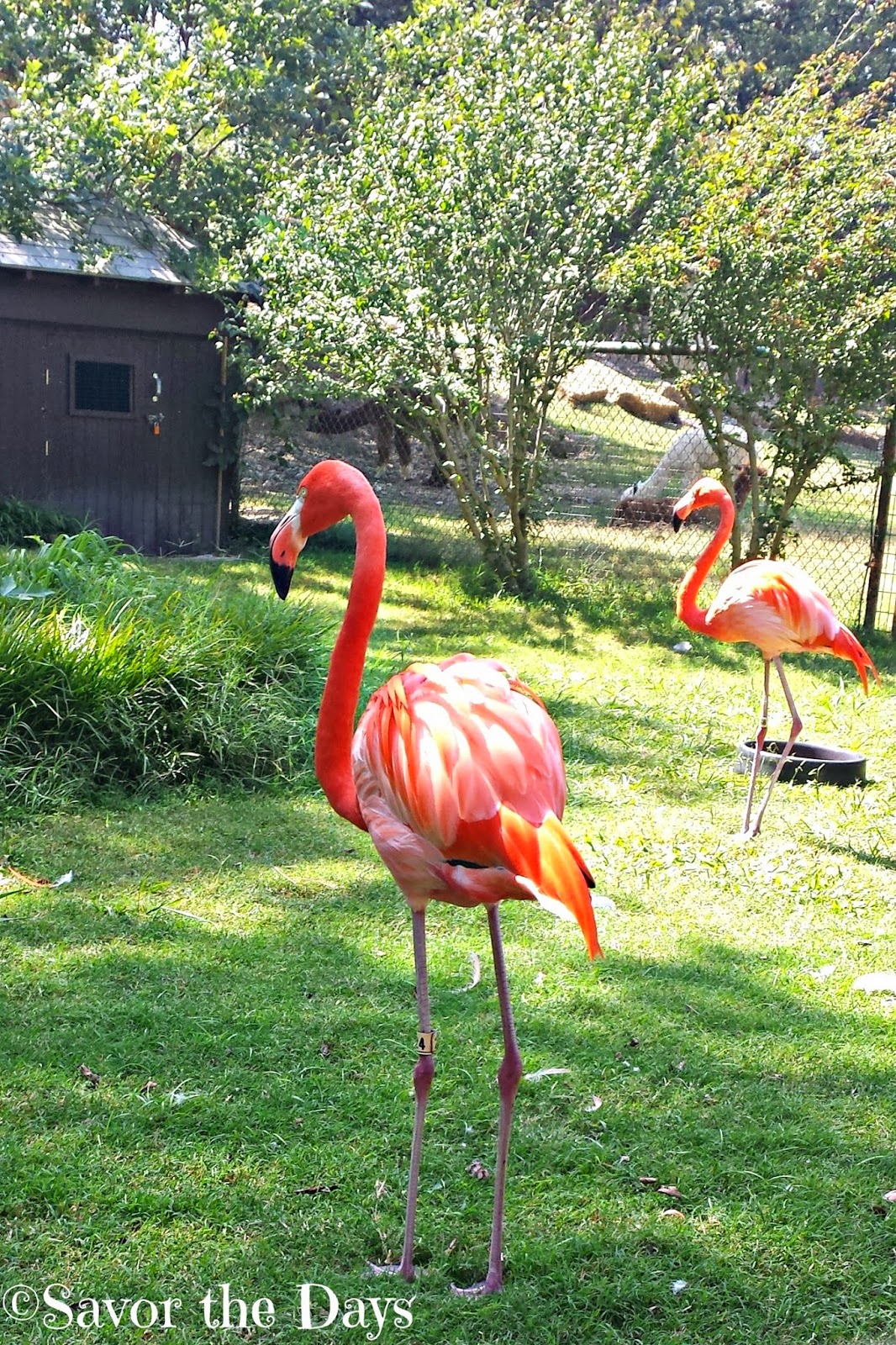 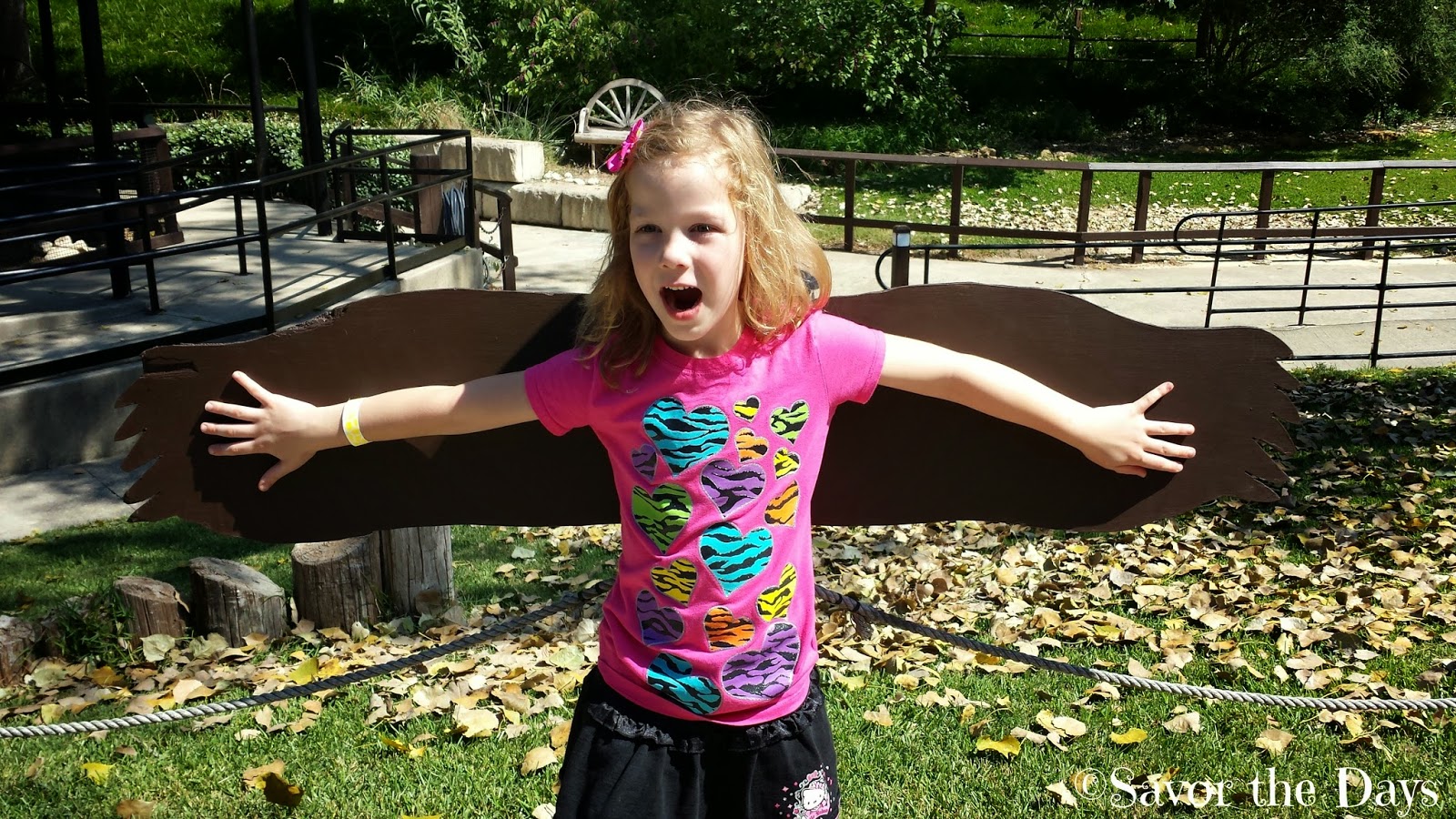 We found the turtle and tortoise home.  There were three of them in there and it took a while to find the little box turtle. 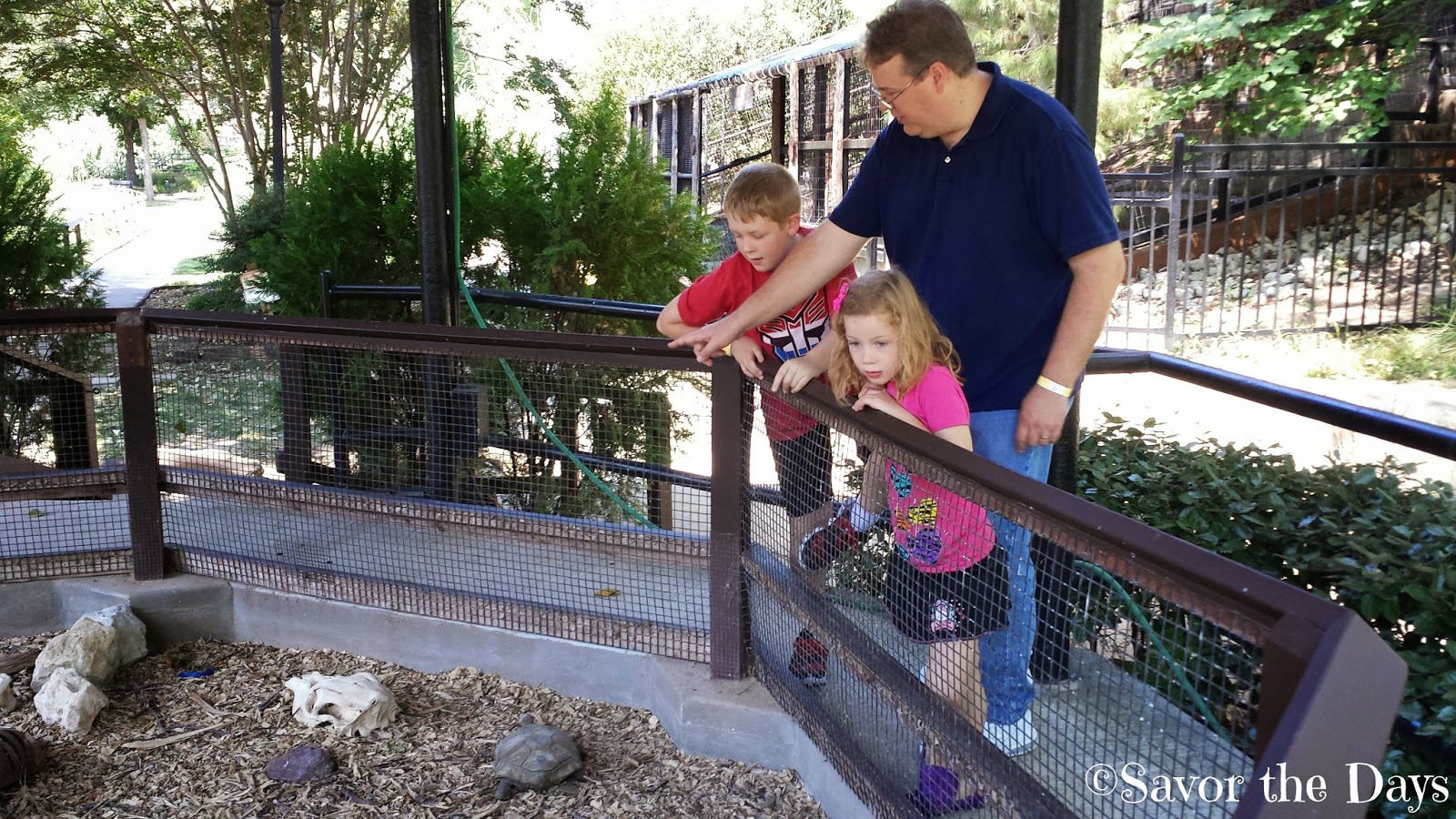 Here is a close up of Myrtle, the Desert Tortoise, as she snacks on some lettuce. 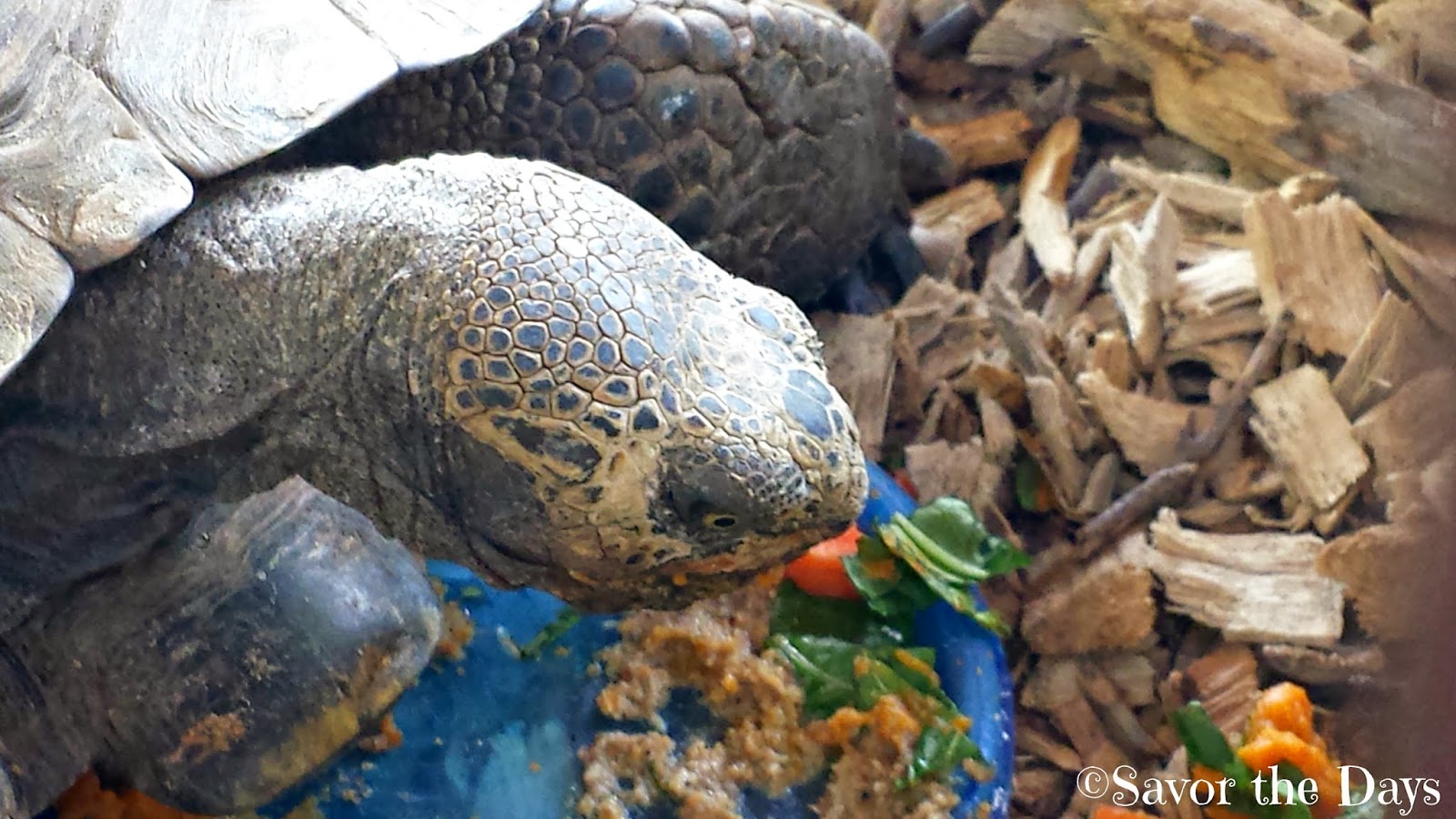 On to the goats!  This is my favorite part of the zoo. 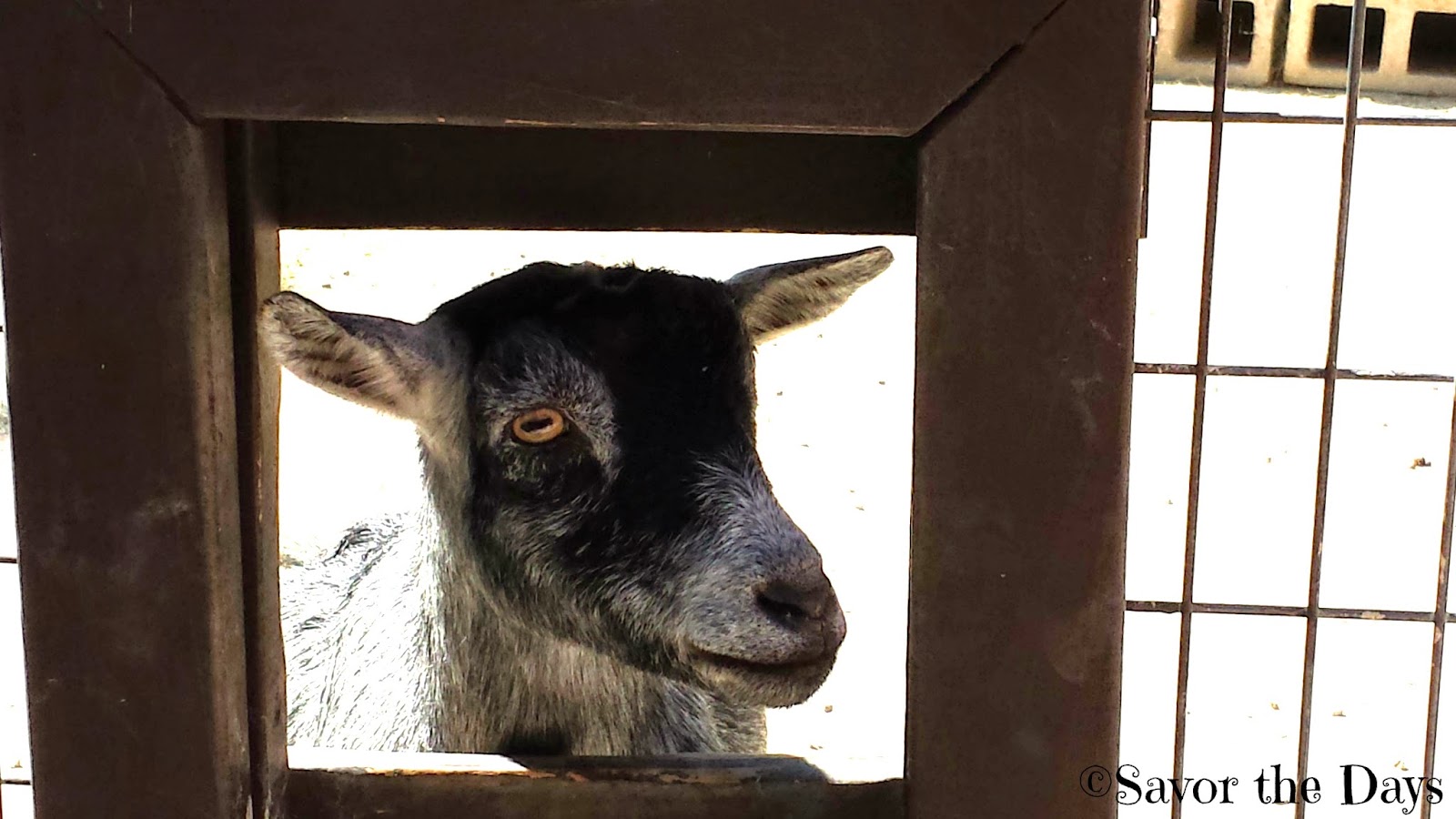 There are two little vending machines here where you can purchase a handful of food pellets for 25 cents to feed the goats from your hand. 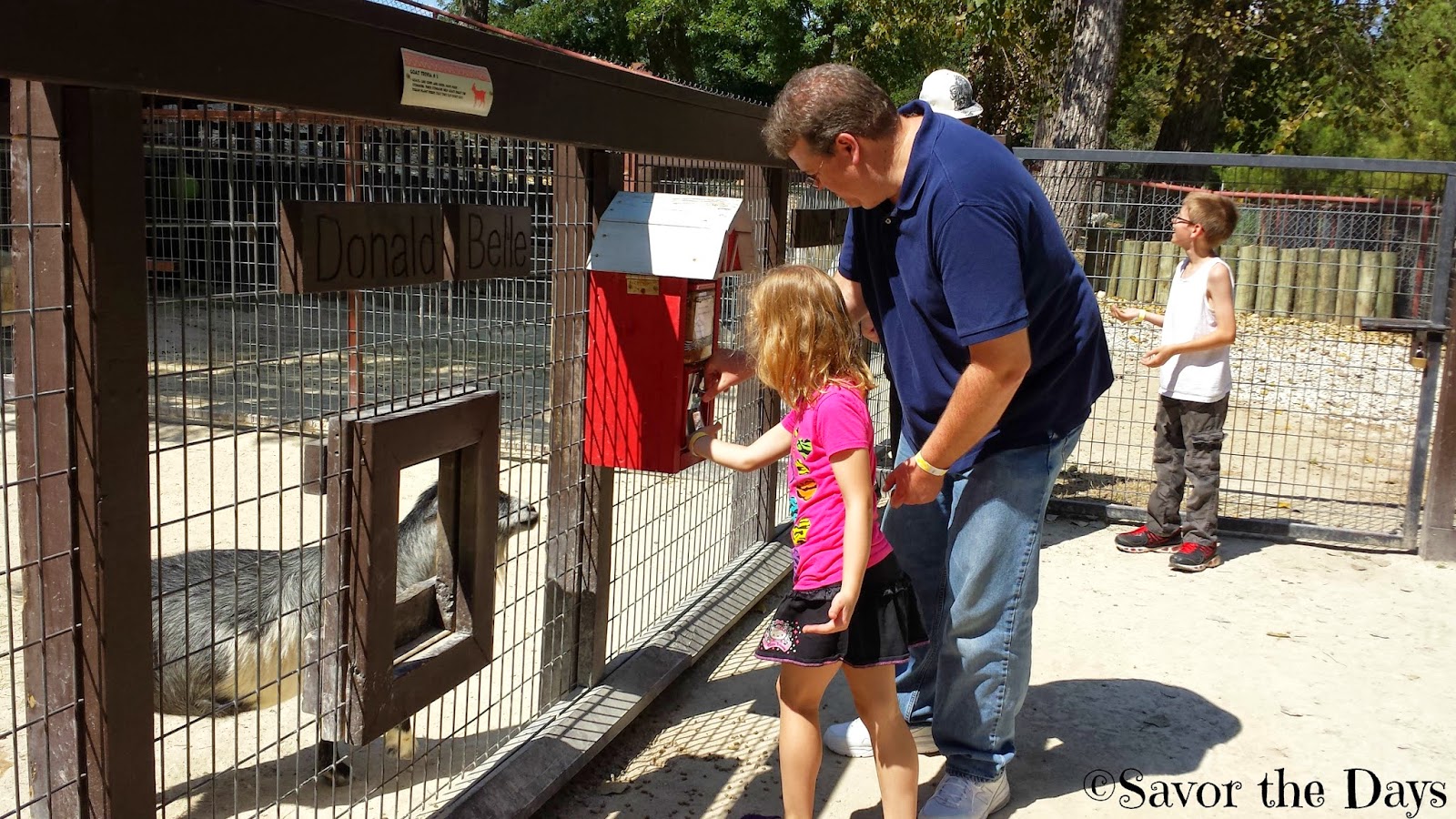 Rachel hesitated for just a moment then got right into feeding the goats that came up to the window. 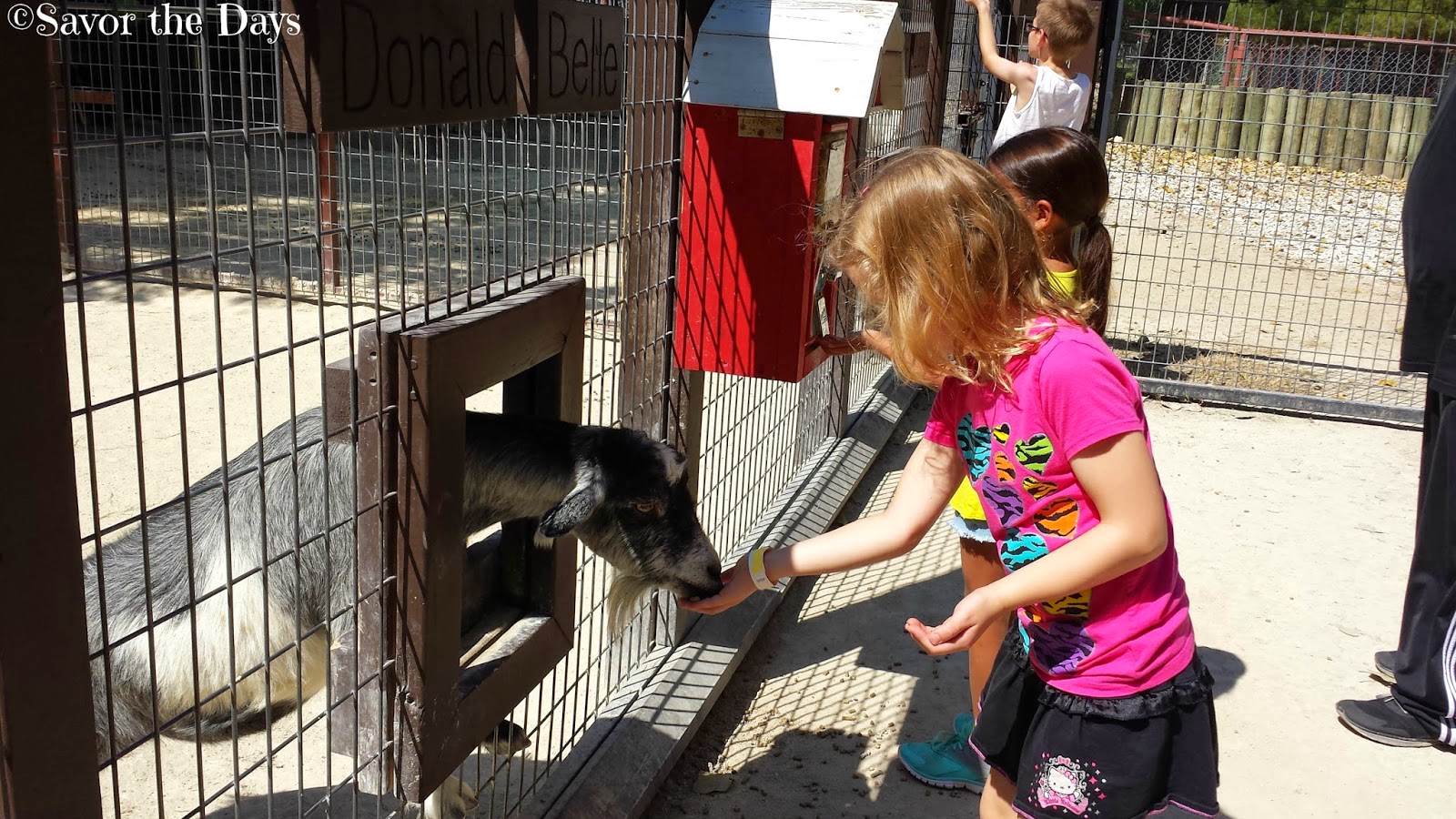 Oh she was so excited to have these goats eat right out of her hand! 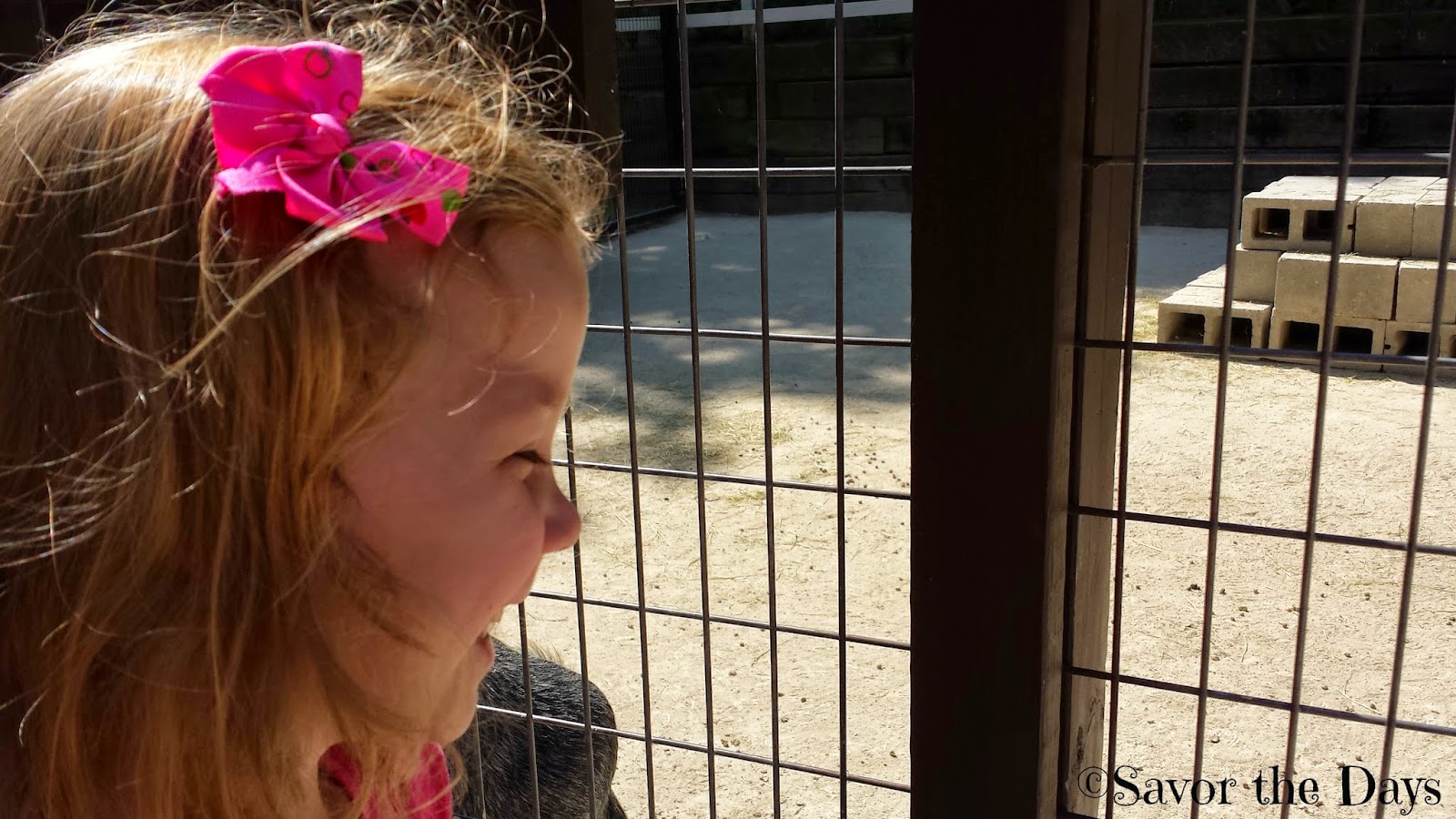 Nicholas was calm and just smiled as he fed them. 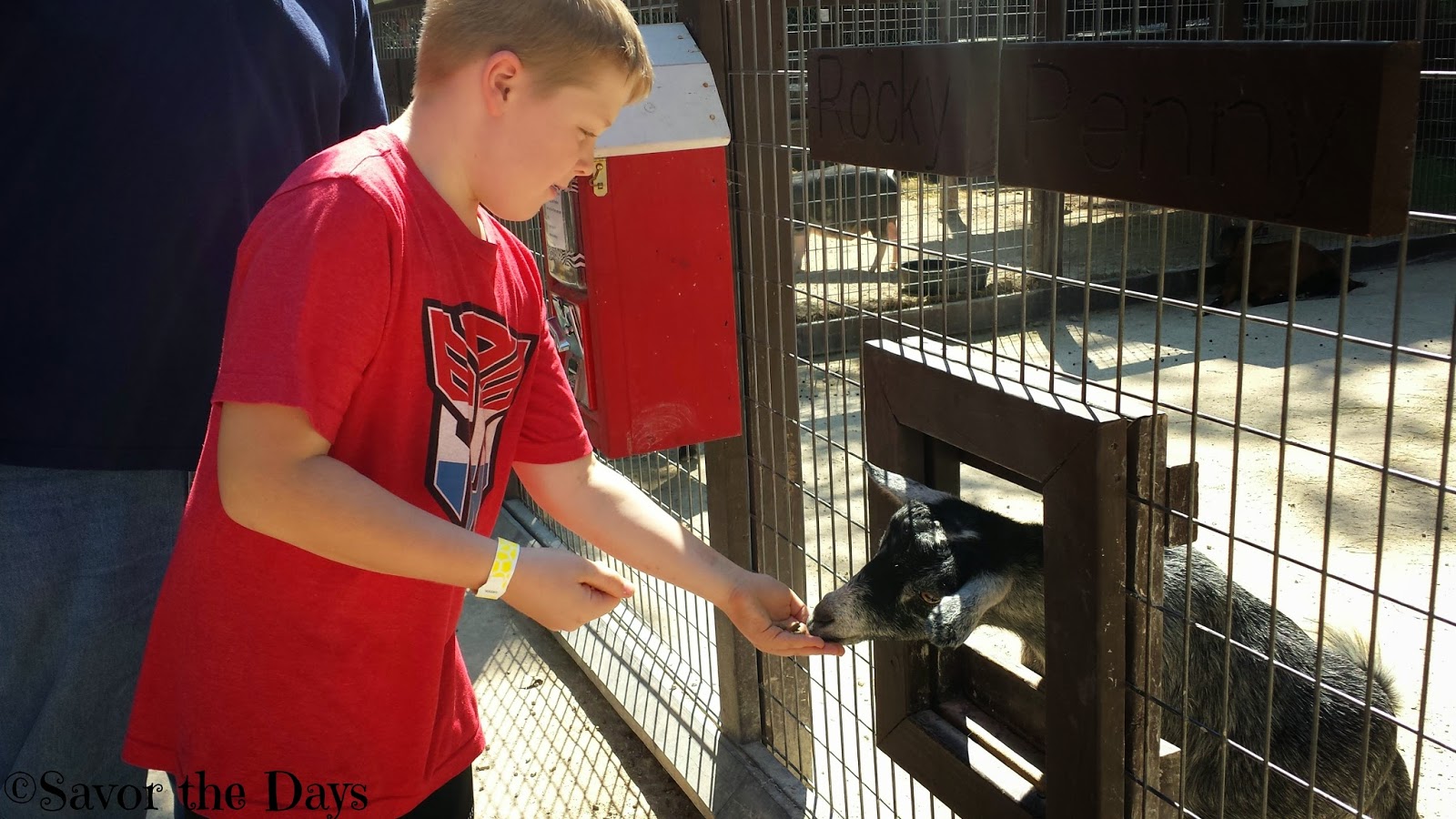 He says he really enjoyed interacting with the goats. 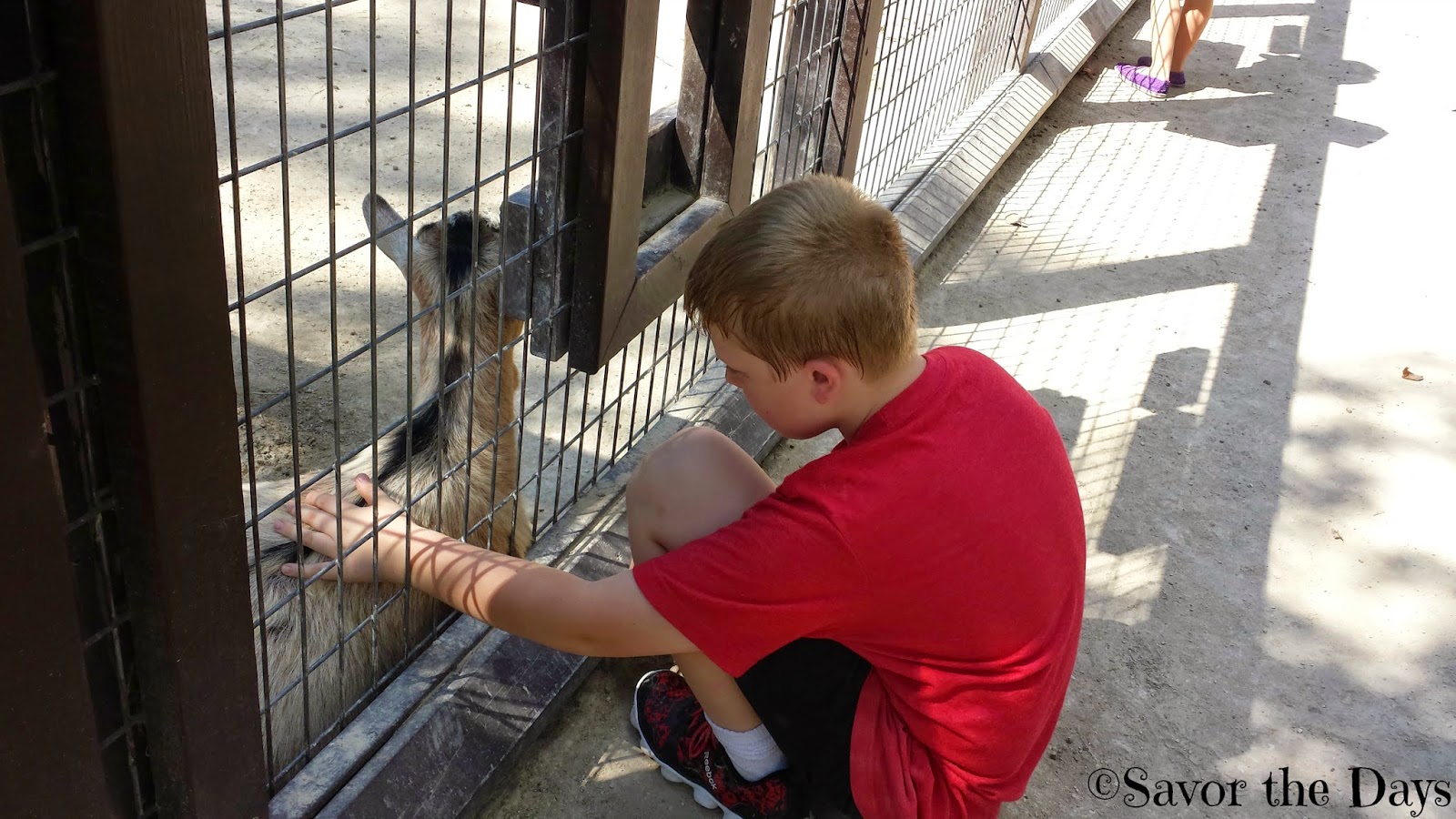 That is quite a change from when we first visited here in 2008 when he just wouldn't let them eat out of his hands.  I dug up that blog post so I can show him in the morning - http://www.nicholasfootprints.blogspot.com/2008/03/outing-in-gainesville.html 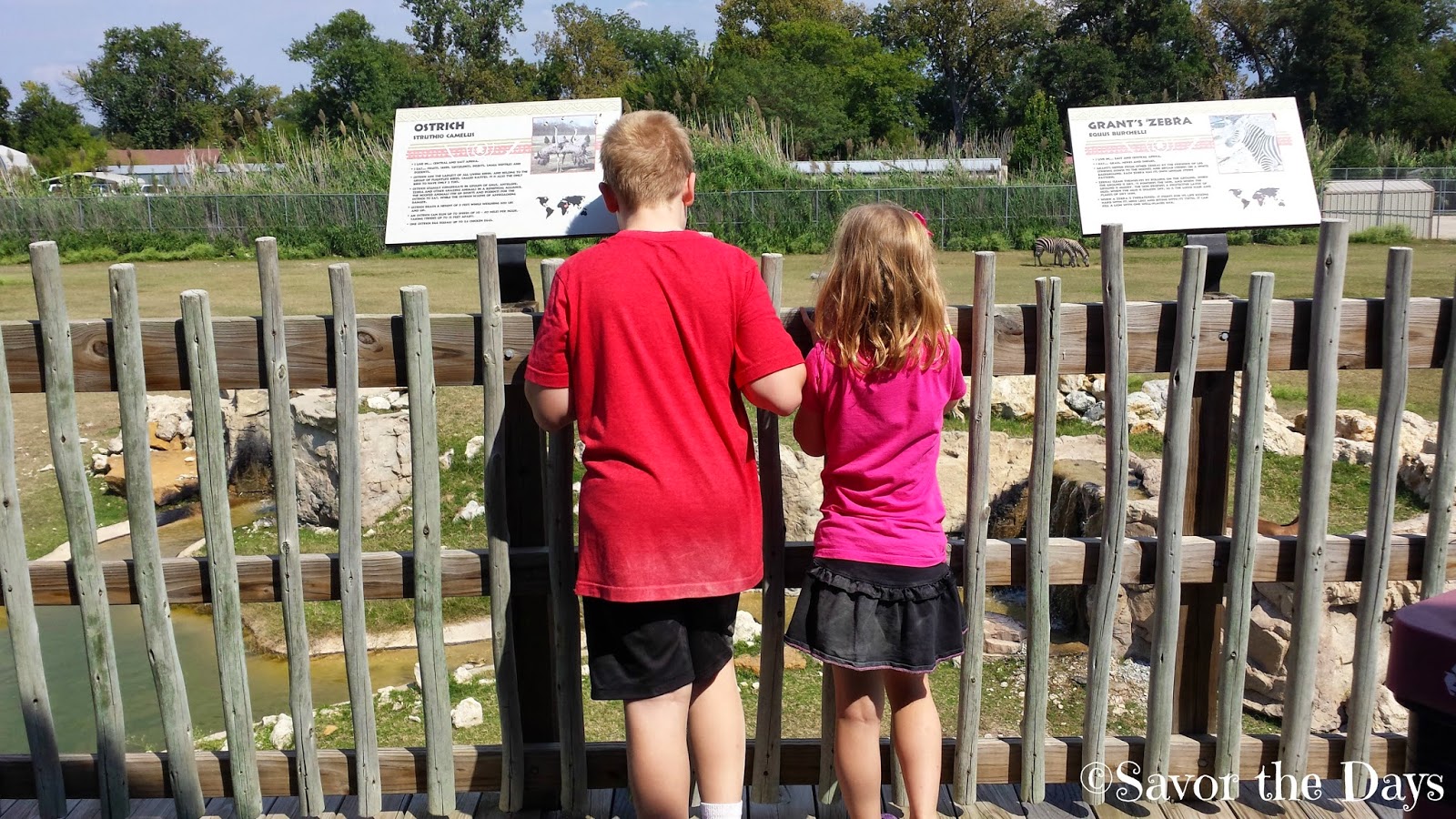 The kids enjoyed peering out over the deck so see which animals were out in the open area today.  There were several animals but the kids enjoyed watching the zebras and giraffes the most. 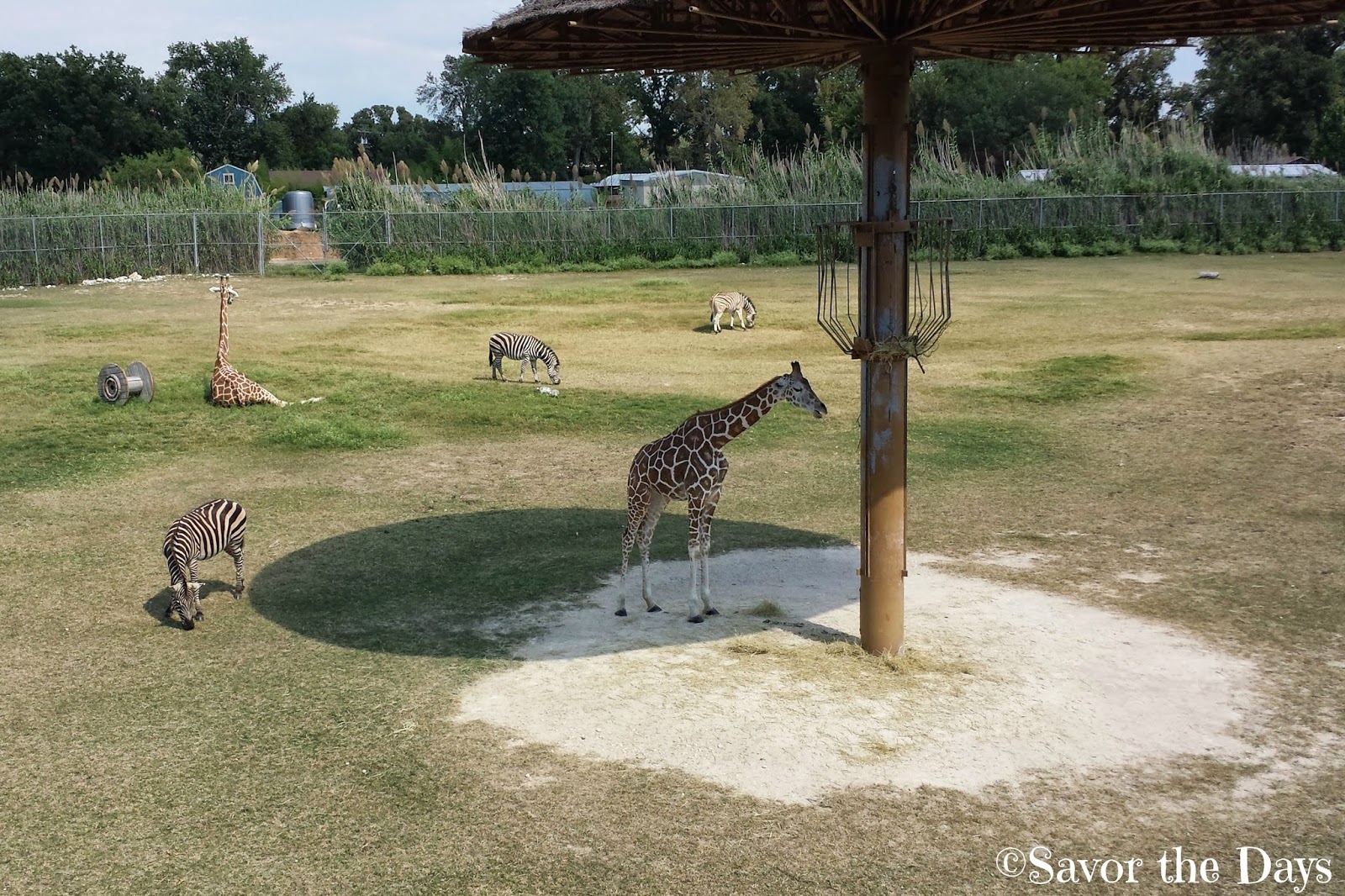 Wait, that's not our little Nicholas monkey!  That's a real monkey.  A Saki Monkey to be exact. 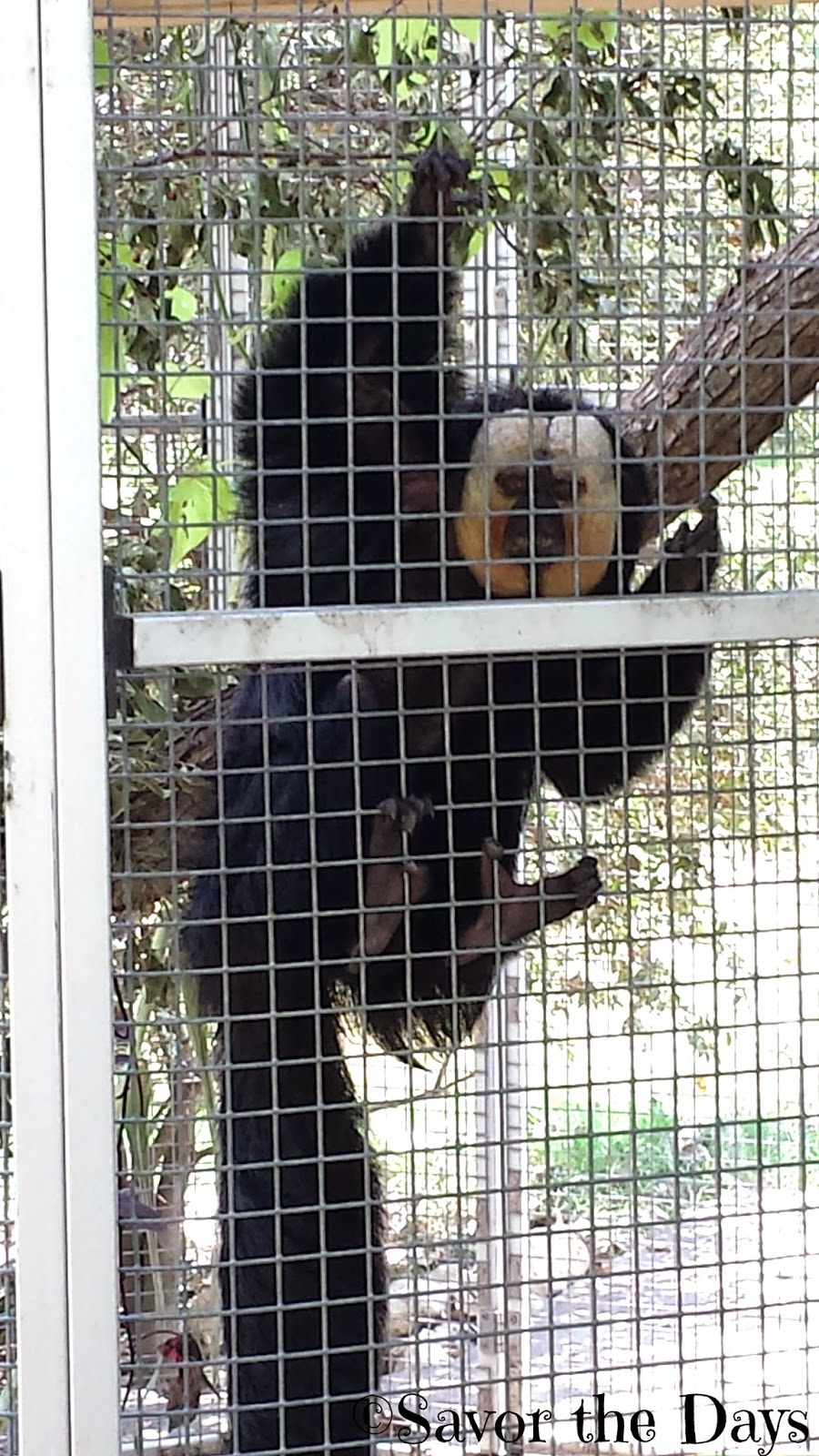 Rachel posed for a few pics.  She was cute at first then she turned into a hungry giraffe in the second picture.  By the third picture, she thought it would be funny to pose with her shirt in the giraffe's face.  Artistically creative that one is.

The Frank Buck Zoo is located at 1000 W. California Street in Gainesville, TX.  They are open from 10:00 - 4:00 during the fall and winter.  Adults are $6.50 and children are $4.50.  For more information, please check out the Frank Buck Zoo webpage.
at September 27, 2014
Email ThisBlogThis!Share to TwitterShare to FacebookShare to Pinterest
Labels: animals, family, field trip, Nicholas, Rachel, Stuart