Rachel has anxiously been waiting for this year when she could finally join American Heritage Girls.  She is excited to be a Pathfinder in AHG and can't wait for all of the fun projects she will be doing over the next several months.  She also likes that I volunteered to be one of the two Pathfinder leaders this year.

American Heritage Girls is an amazing character development program for girls ages 5-18.  Their mission is "Building women of integrity through service to God, family, community and country."   Each week the girls work on projects within their group as well as service projects throughout the year.

Nicholas is involved in a very similar group for boys called Trail Life USA.  We were fortunate to be one of the founding members of a local group called C3D (which stands for Christ-Centered Character Development) that hosts both the Trail Life and AHG troops together at the same time each week.  It's nice having both kids involved in their own adventure troops yet together as part of a larger group.  It certainly makes it easier on Stuart and me to only have to take them to one place each week!

Tonight Rachel was invited to participate in the C3D opening and closing flag ceremony.  She was assigned to hold the words of the AHG Creed and she was so excited!  You can't see her here but she is in the line ready to walk to the front of the room for the opening ceremony. 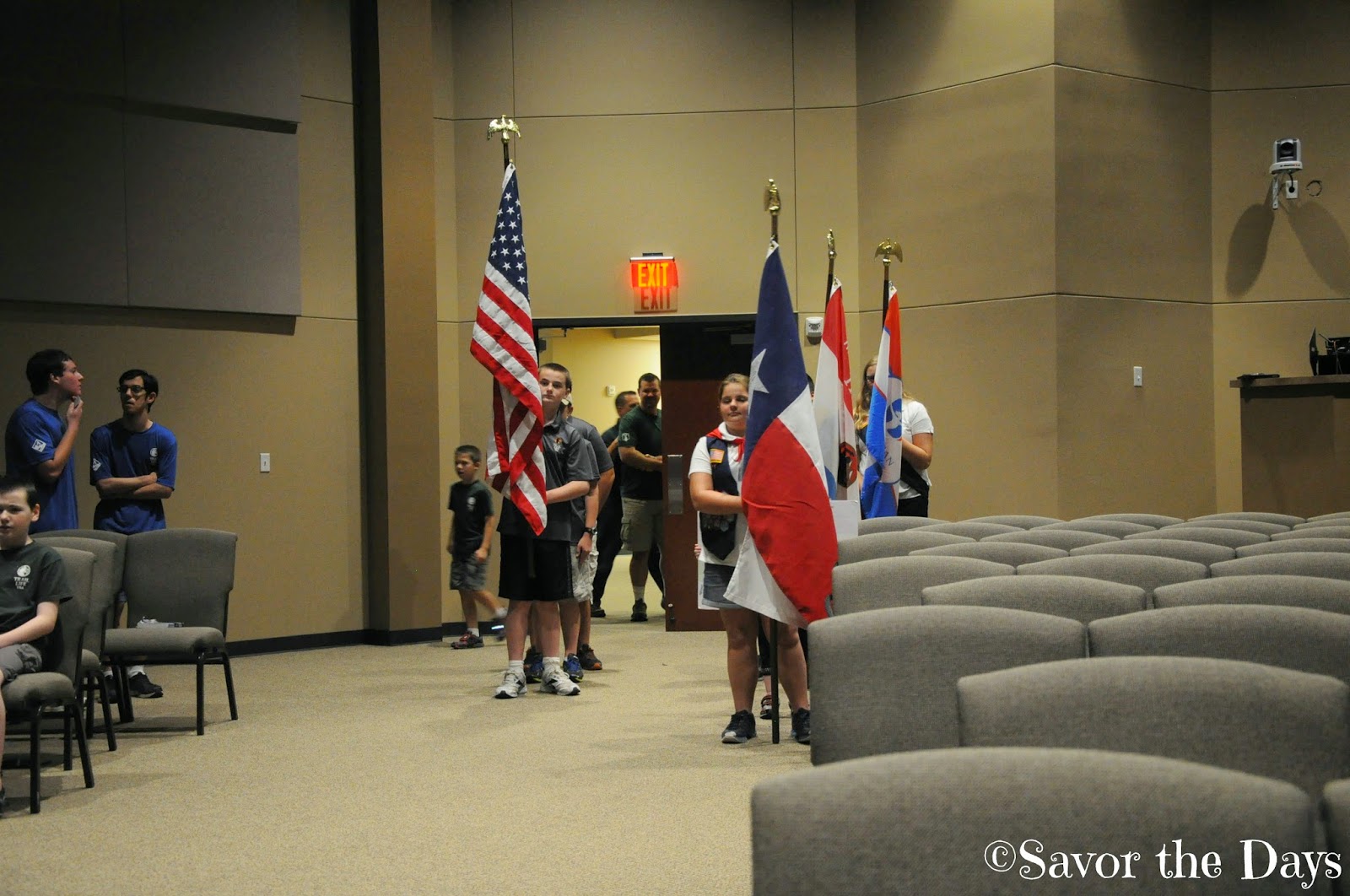 Here's a quick video of her part as she holds up the AHG Creed:

She was so proud to be a part of the ceremony! 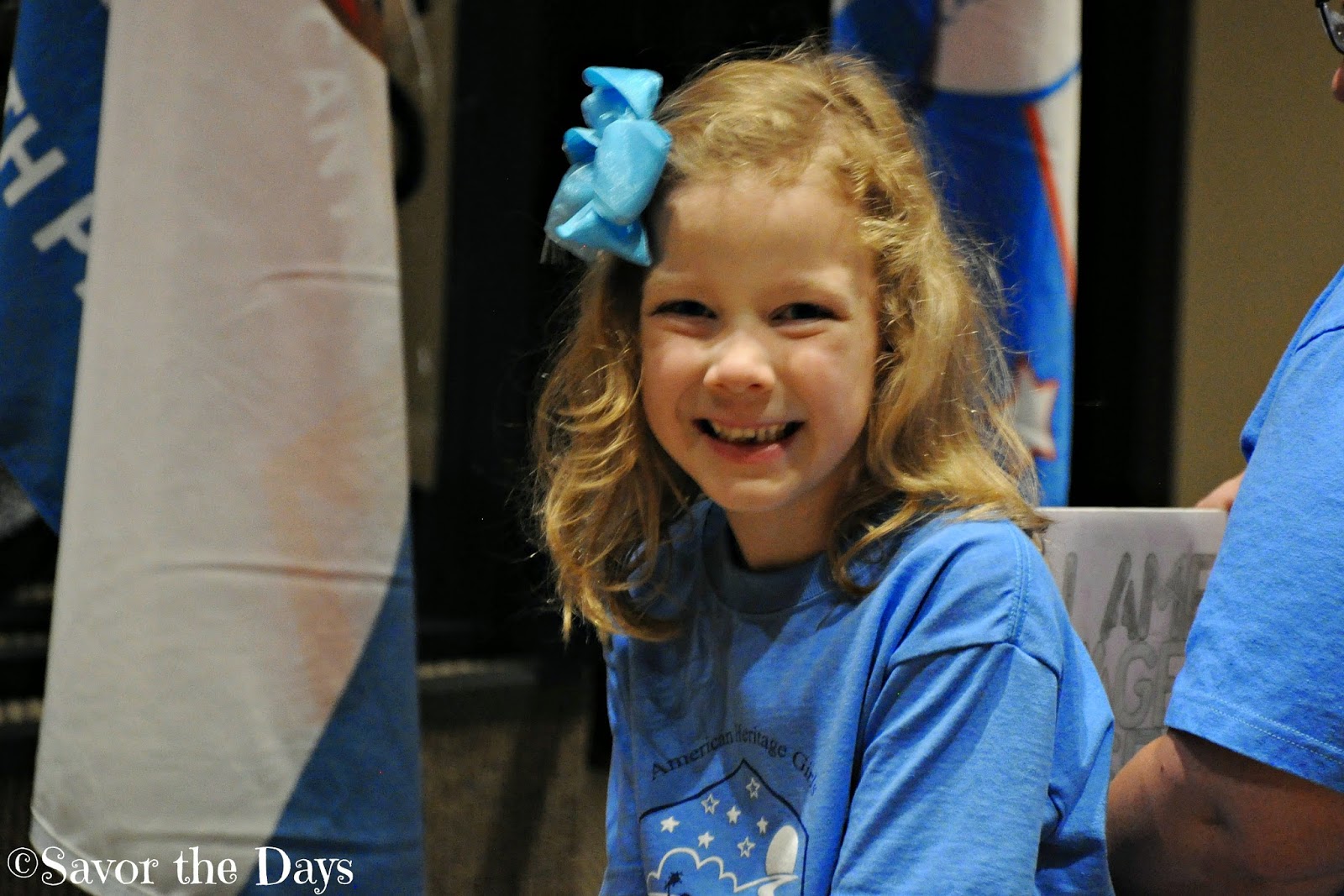 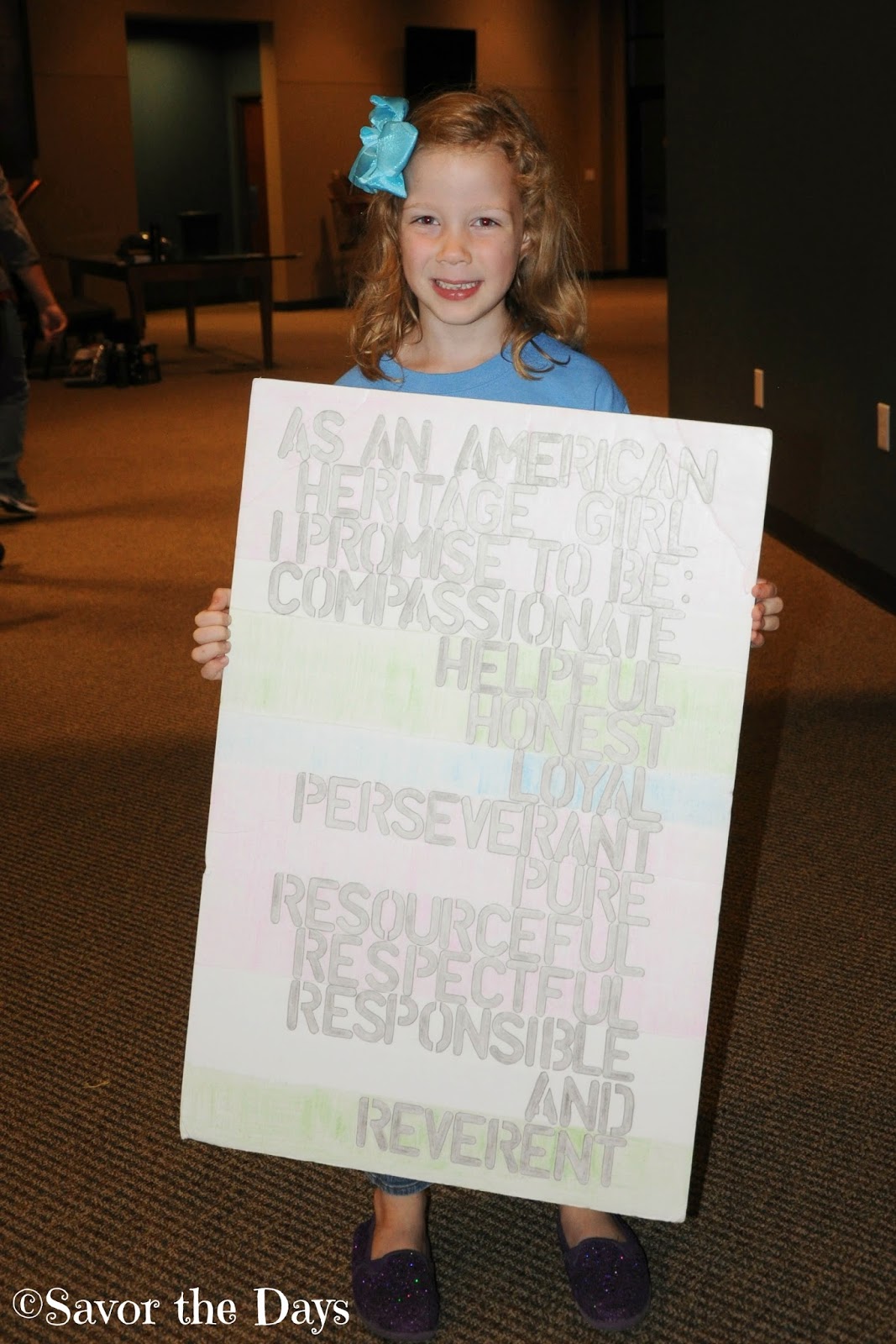 In the Pathfinder meeting, Rachel learned about Fanny Crosby, a girl who lost her vision as a baby yet grew up to write 9000 poems and hymns.  She didn't let blindness stop her from doing great things.

To get a better understanding of what it means to be blind, Rachel had to change a baby doll's clothes while being blindfolded.  She loved it! 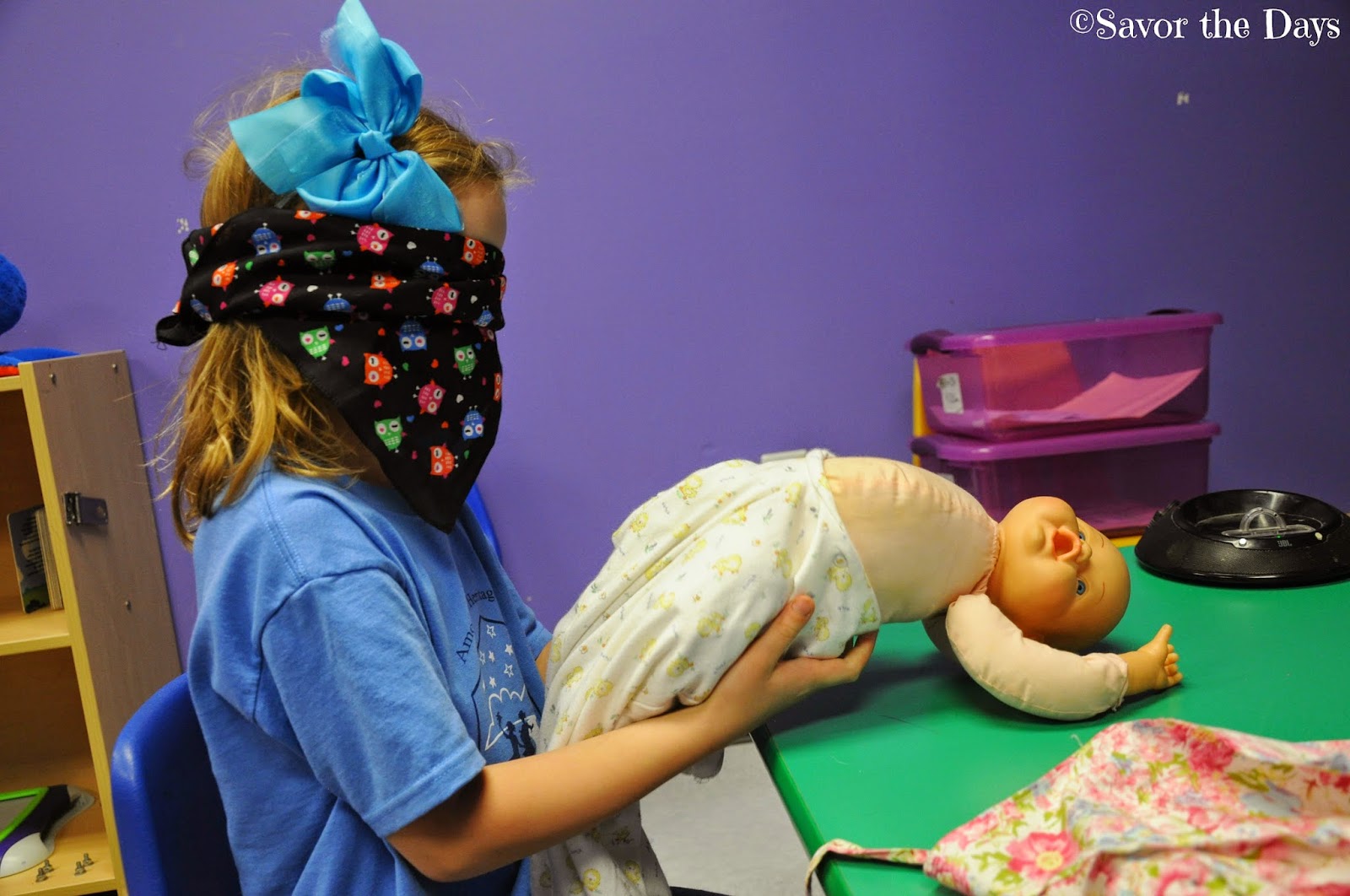 As a Pathfinder, Rachel will earn beads that she collects on a necklace for attendance at weekly meetings, memorizing scripture verses, and service projects.  She is excited to experience all of the fun projects planned out for her first year in AHG.
at September 29, 2014
Email ThisBlogThis!Share to TwitterShare to FacebookShare to Pinterest
Labels: American Heritage Girls, C3D, Rachel