18 Years of Love and Happiness

Stuart and I are celebrating our 18 year anniversary today.

It may not be the dreamiest of anniversaries since we have spent it buying a new alternator for the van, painting the interior of the house while all of the furniture is still out, and of course, we are working on 3 weeks of living out of suitcases in a hotel.

But we have had a blessed life and wouldn't change a thing...well, not much at least.

We met in 1991 while we were both going to LSU.   We were first introduced to each other at a college bar called Ernie's through mutual friends we were hanging out with that night.

Stuart was working to pay for his college and his only transportation was his motorcycle. 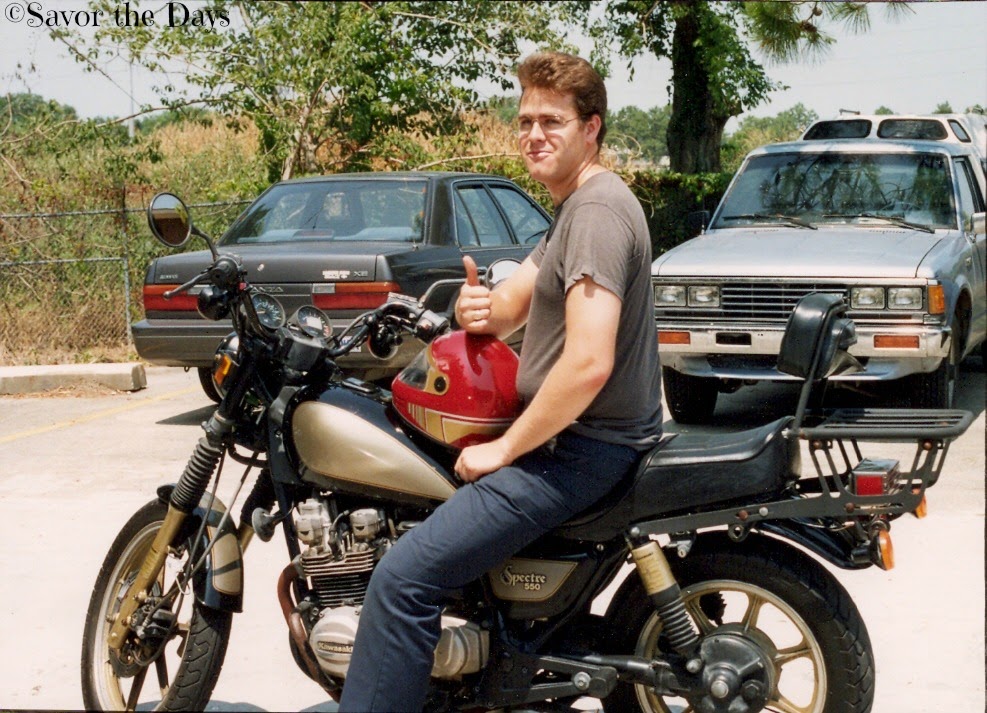 He was smart, cute, ambitious, and very charming.  But as I got to know him I realized that he was also kind, genuine, and honest.  And he also had some other great characteristics like ambition and a desire to learn, and an interest in building and fixing things himself.  Yes ladies, he is a total package.  After we had been dating for a while, I recall a special night when I was visiting him at work.  I was just sitting to the side waiting for him to finish up his work and I really watched him and thought about whether this was The One.  I remember thinking about all of the great qualities that he had and of course how cute he was.  I knew at that moment that I wanted to marry him and spend the rest of my life with him. 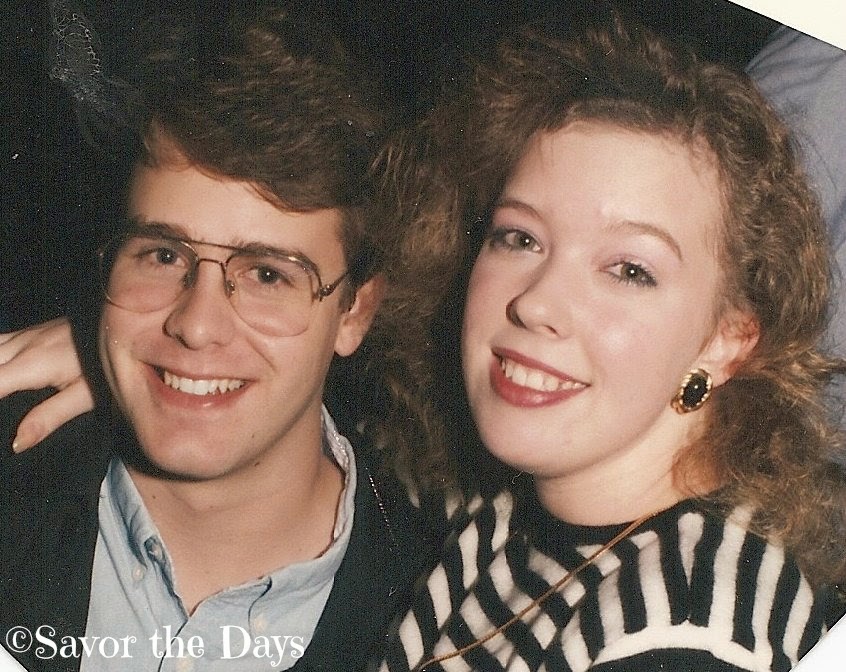 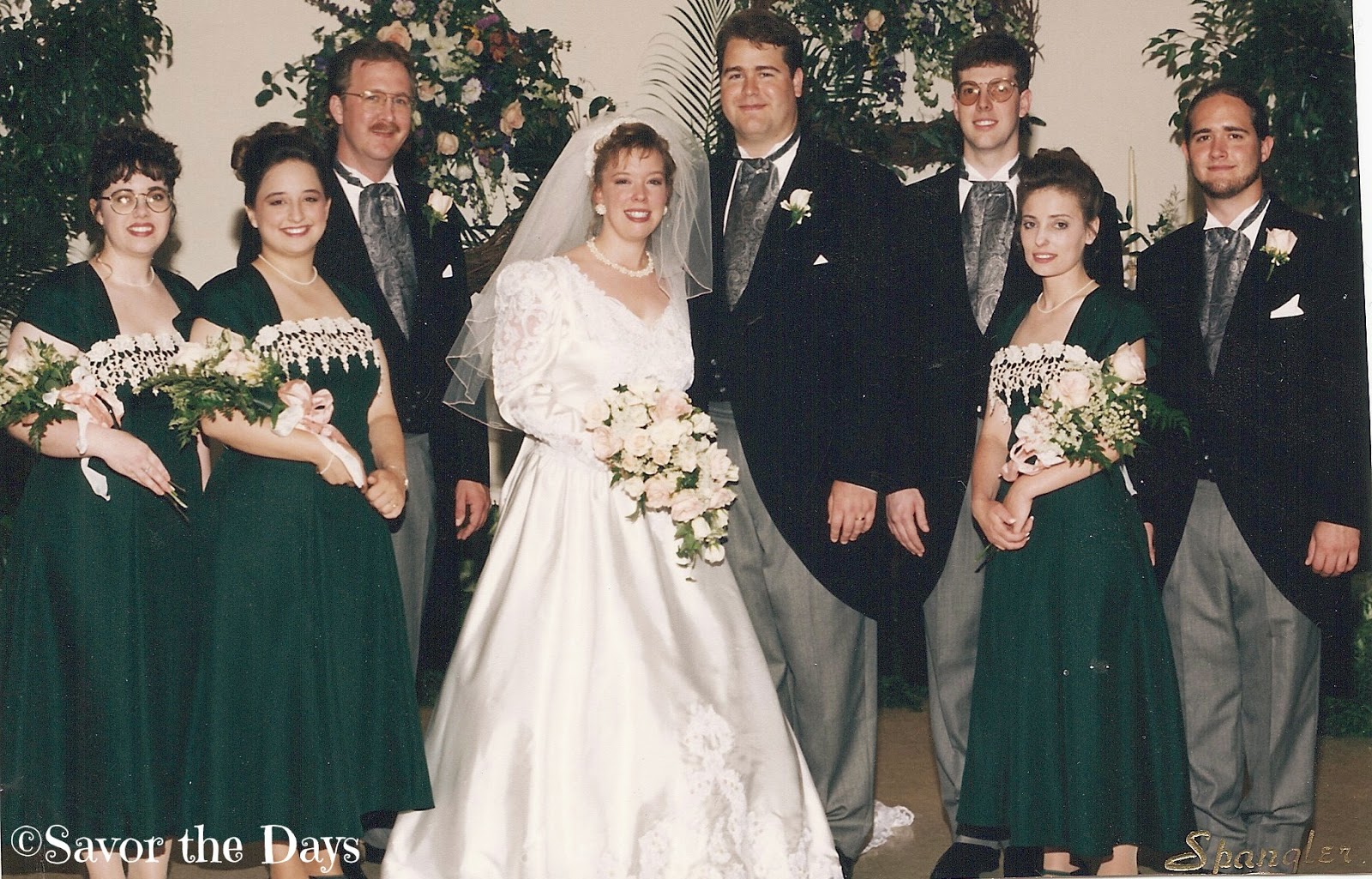 What a beautiful day that was!  We were so busy loving on our friends and family that had come to celebrate our special day that I don't think we ever had time to actually eat the cake or food at the reception.  But there is this picture of us cutting the cake! 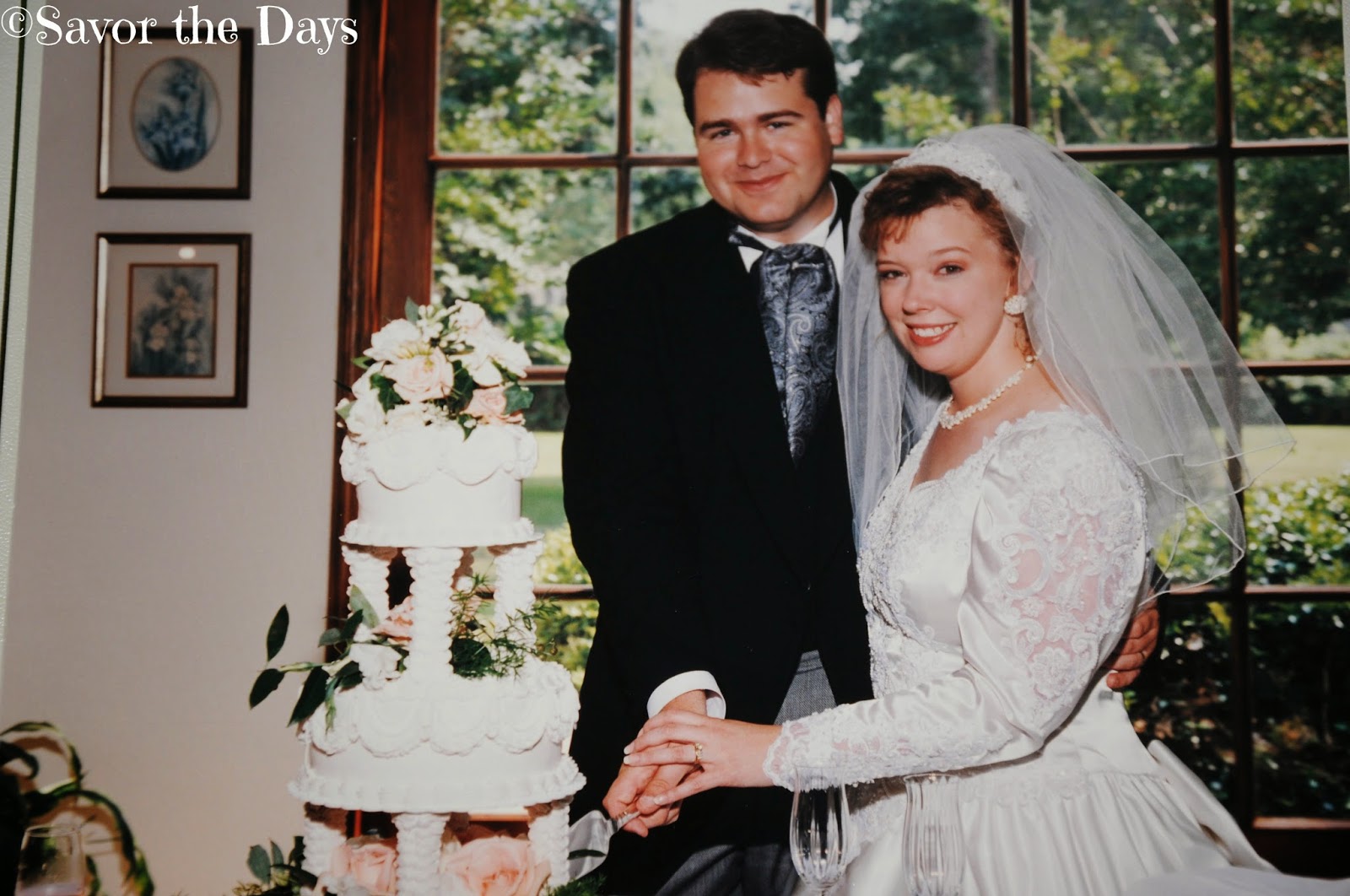 About a week before the wedding we had learned that the company Stuart was working for was downsizing and that he would no longer be employed.  We had already planned our honeymoon to Hawaii and were committed to paying for it so we kept our plans and had a great time.  We relaxed, enjoyed some scuba diving, a helicopter ride, a trip up a volcano, and lots of boat rides (that explains the wind blown hair!) 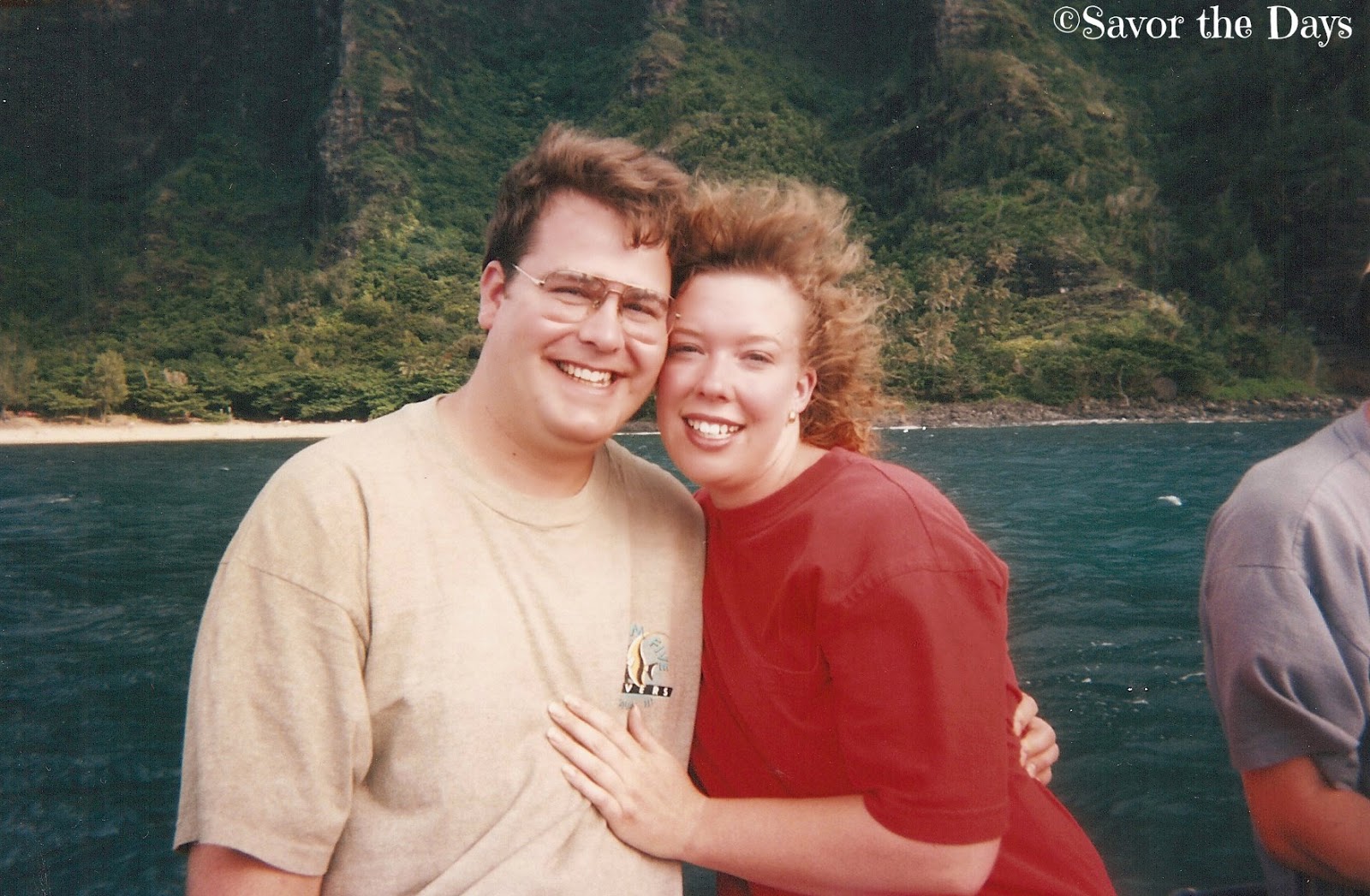 As a special treat, we even rented a Ferrari to drive around for a day.  I think this may be one of Stuart's favorite memories from the trip! 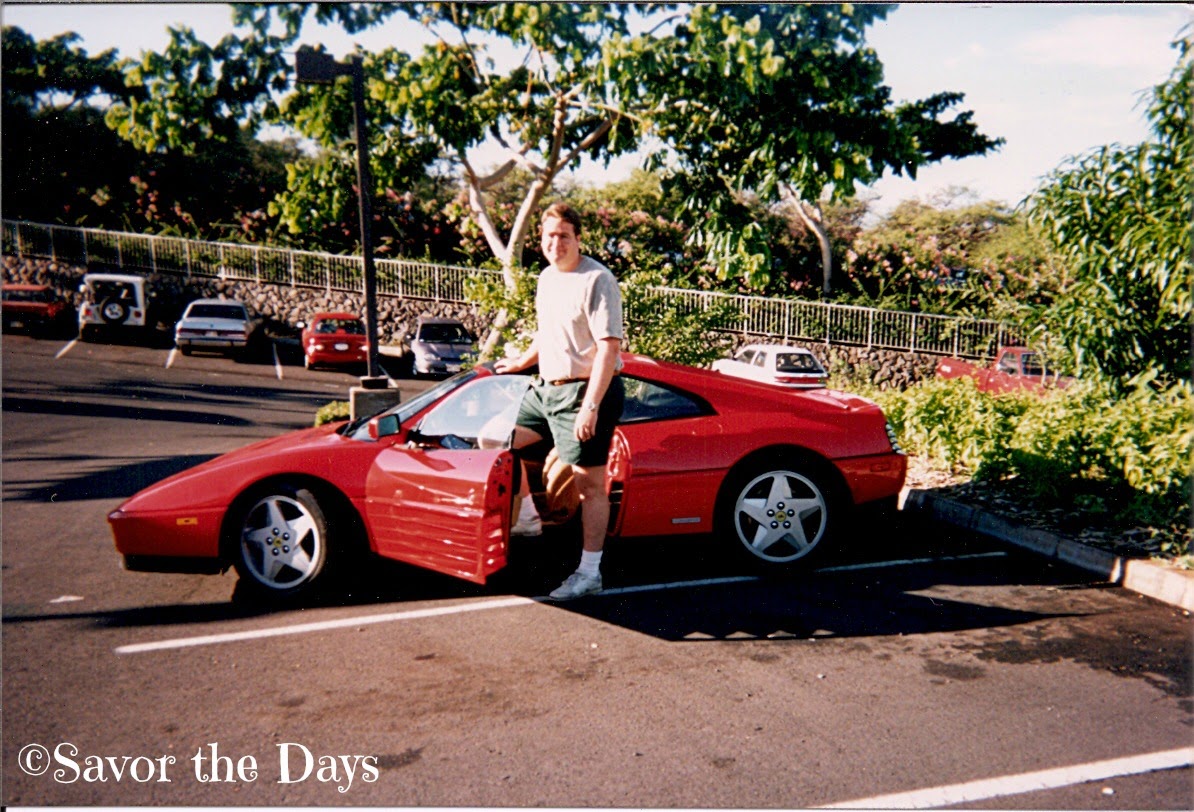 God is good and we came back from our trip with a great job lined up for Stuart in Houston.  We had already talked about where we wanted to settle down and had decided on Dallas but Houston would be good to get us half way there. 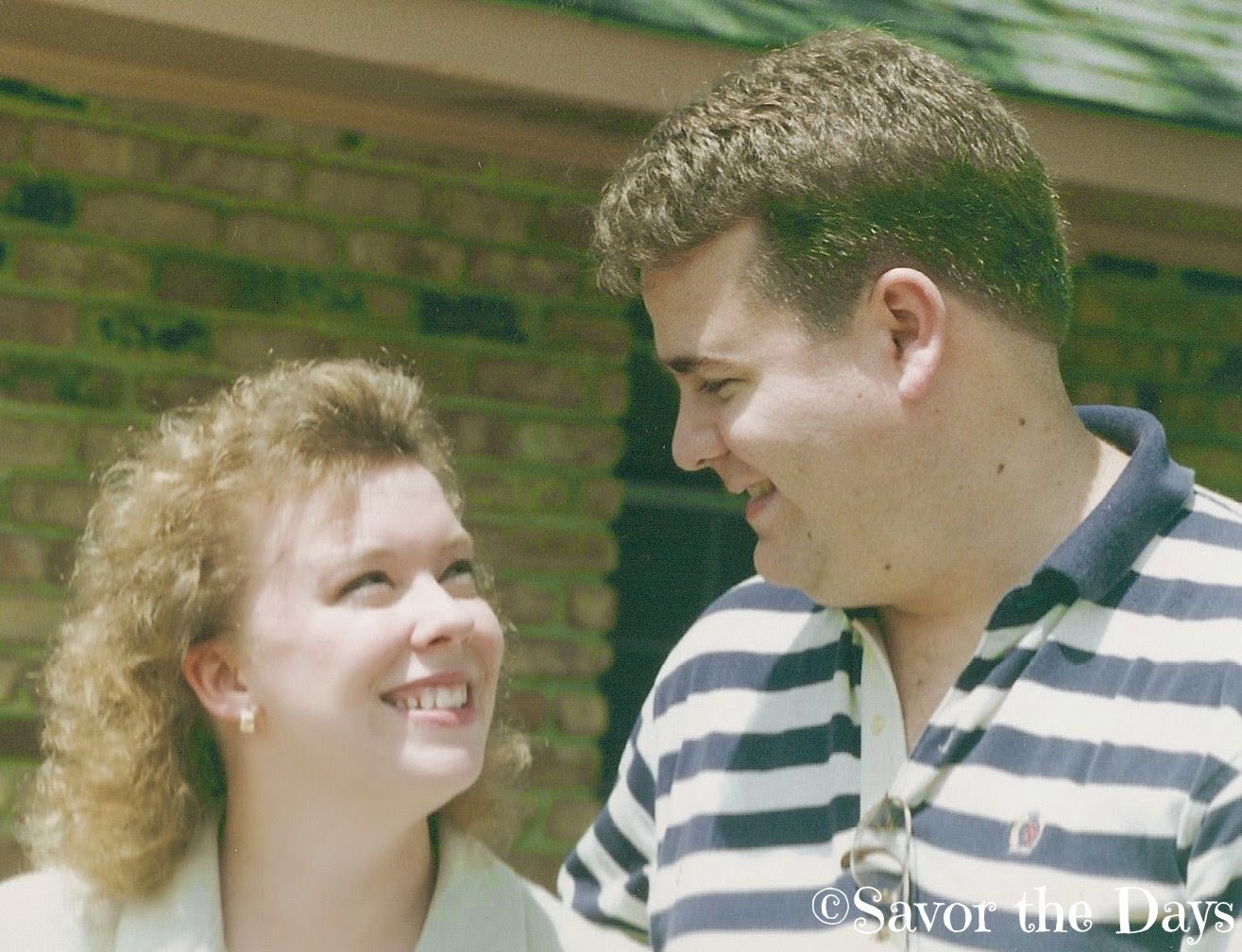 My dad took these pictures the day we were leaving on a road trip to Houston to look for an apartment to live in. 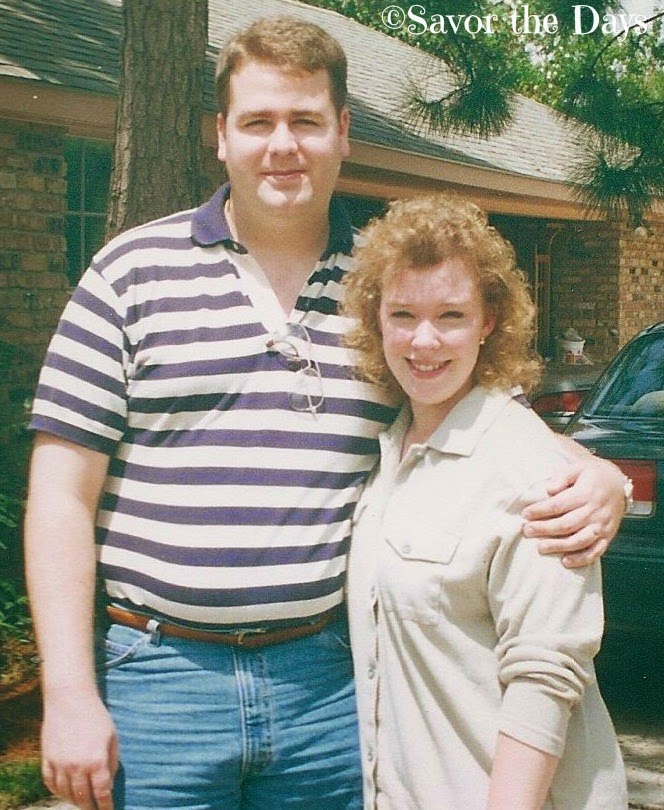 We lived in Houston for just two years and then Stuart had a great opportunity to transfer up to Arlington with his company.  Yay!  We made it to the Dallas area!  A few years later he transferred to another job that brought him to Plano and we bought our first house in 2001.

Since we are currently doing major repairs in our kitchen, I thought it would be fun to show how the previous owners had decorated their kitchen.  It was totally pink!! 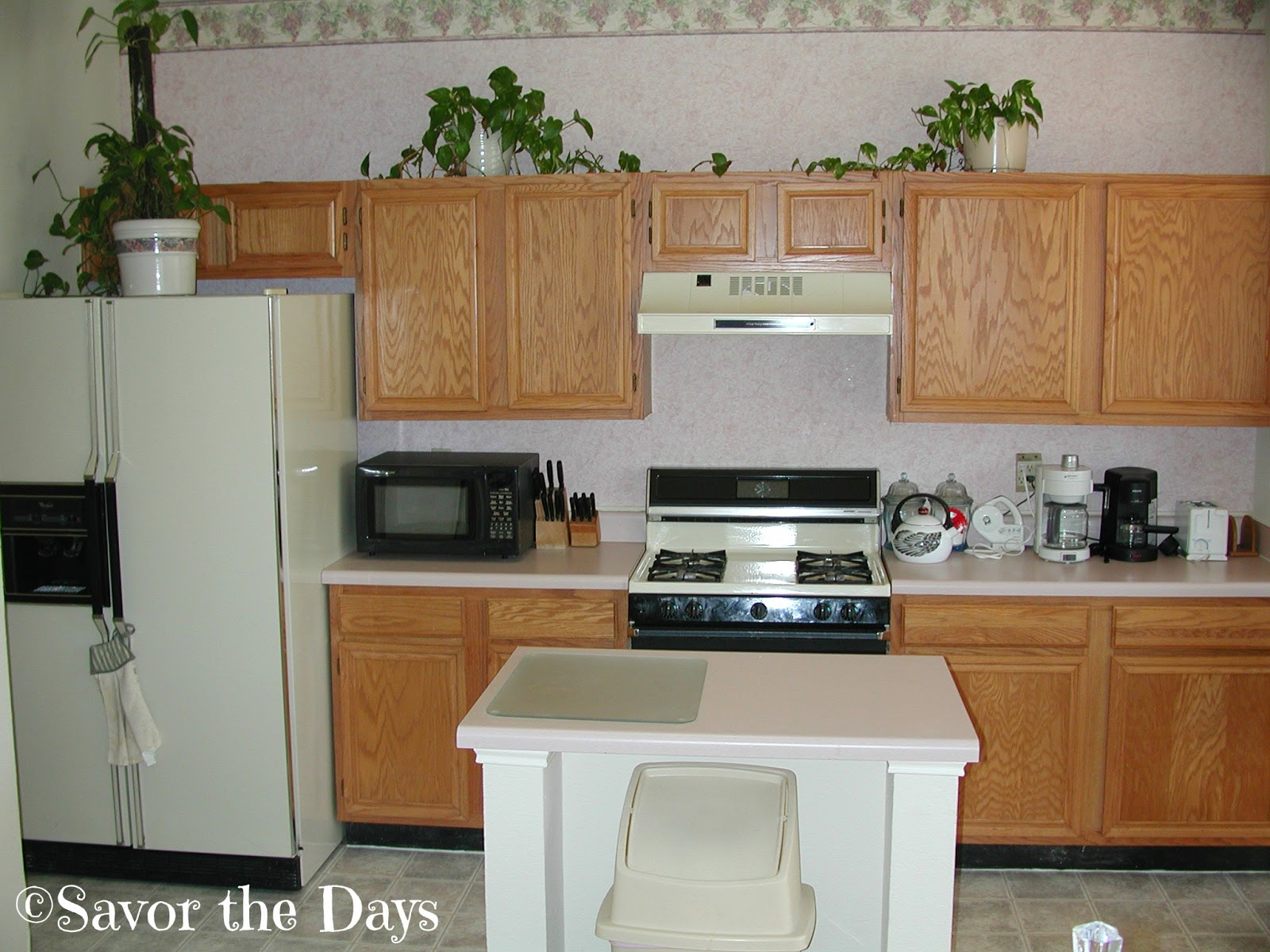 I painted the walls two different colors over the years since then.  Stuart replaced the pink counter tops many years ago.  But I can't wait to show you what the new kitchen will look like when it is all done!

Ok, I'm supposed to be painting downstairs so I've got to fast forward a little more.

In 2004, God blessed us with our precious son Nicholas. 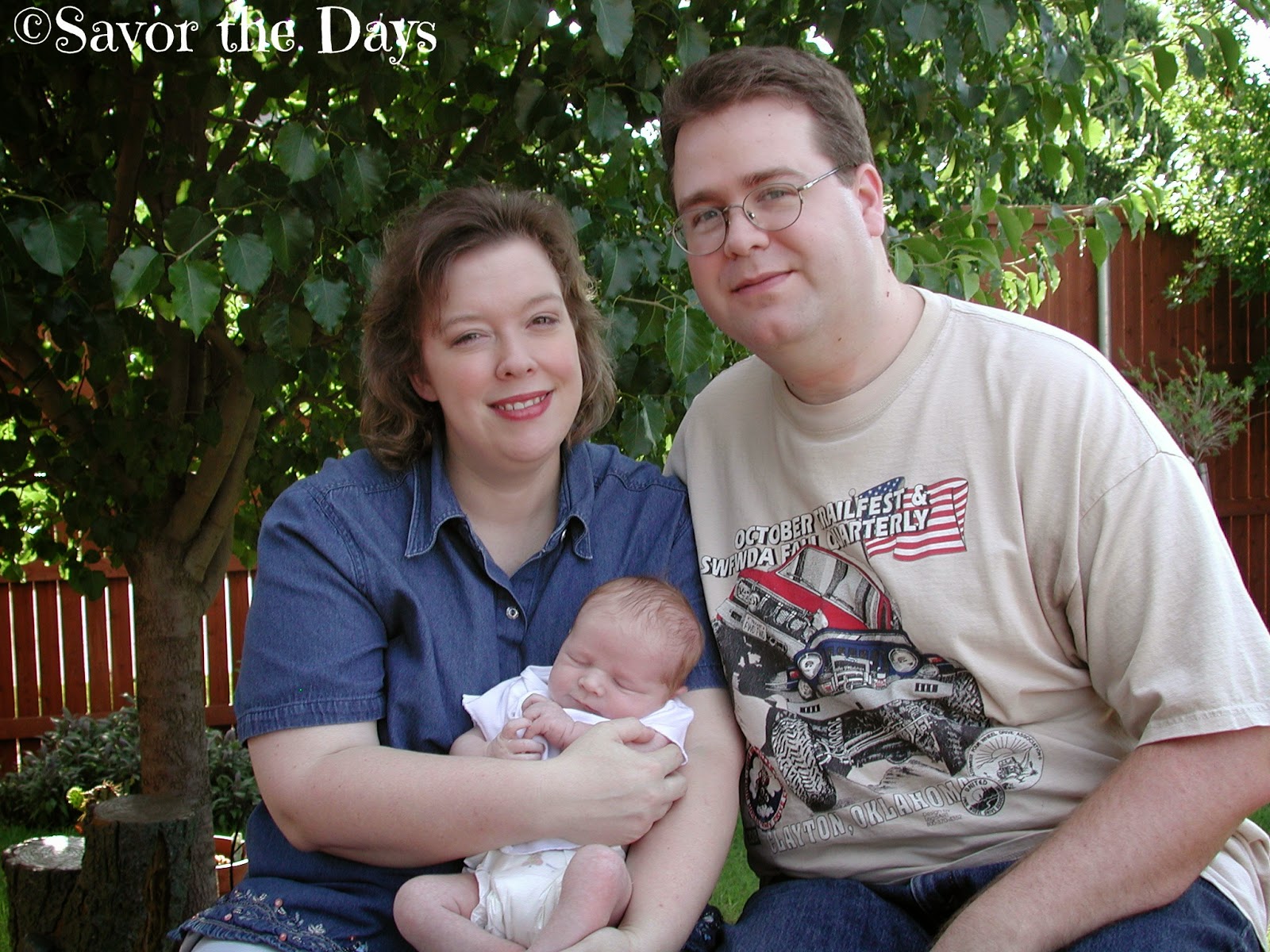 He was specially chosen for us by God to show us the joy in all the simple things in life.  He is full of wonder and happiness and even the mundane can be an exciting adventure for him. 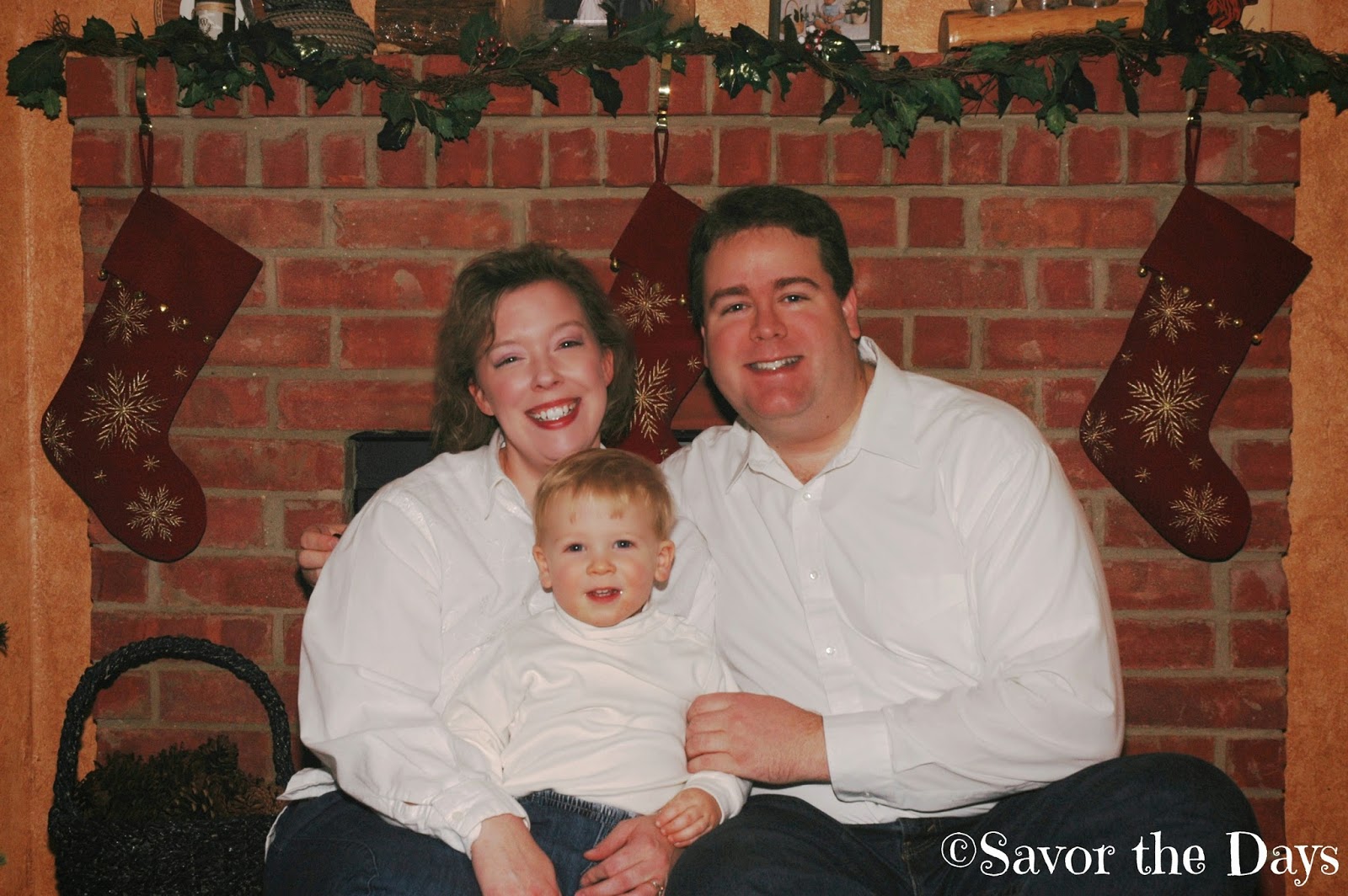 We had hoped to have another child about 2 years later but God's plan was so much better.  In 2008, we had our sweet little Rachel. 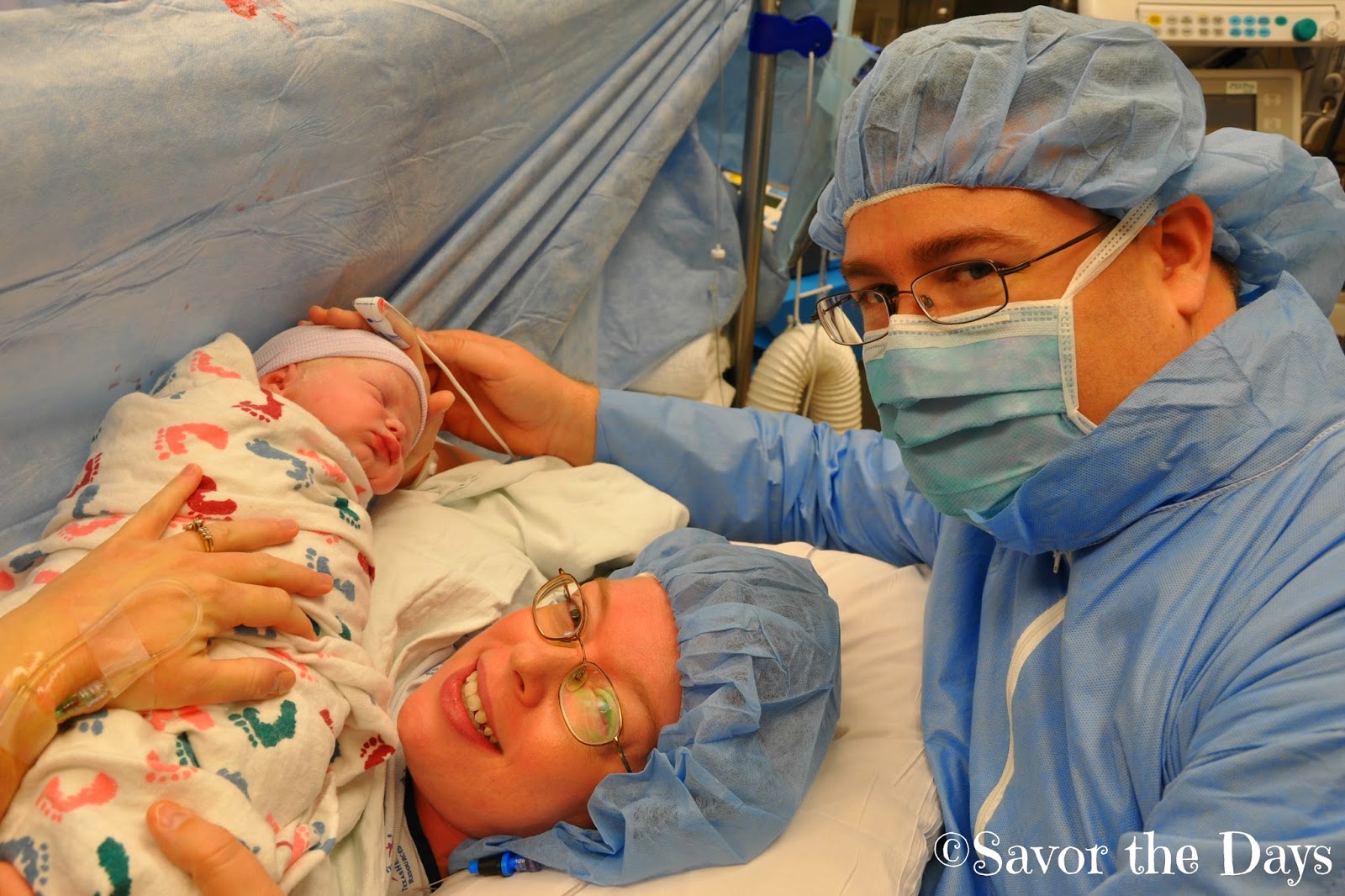 She is quiet and shy like me.  She loves to cuddle and she loves to sit in our laps just to be a little closer to us.  She is such a sweetheart. 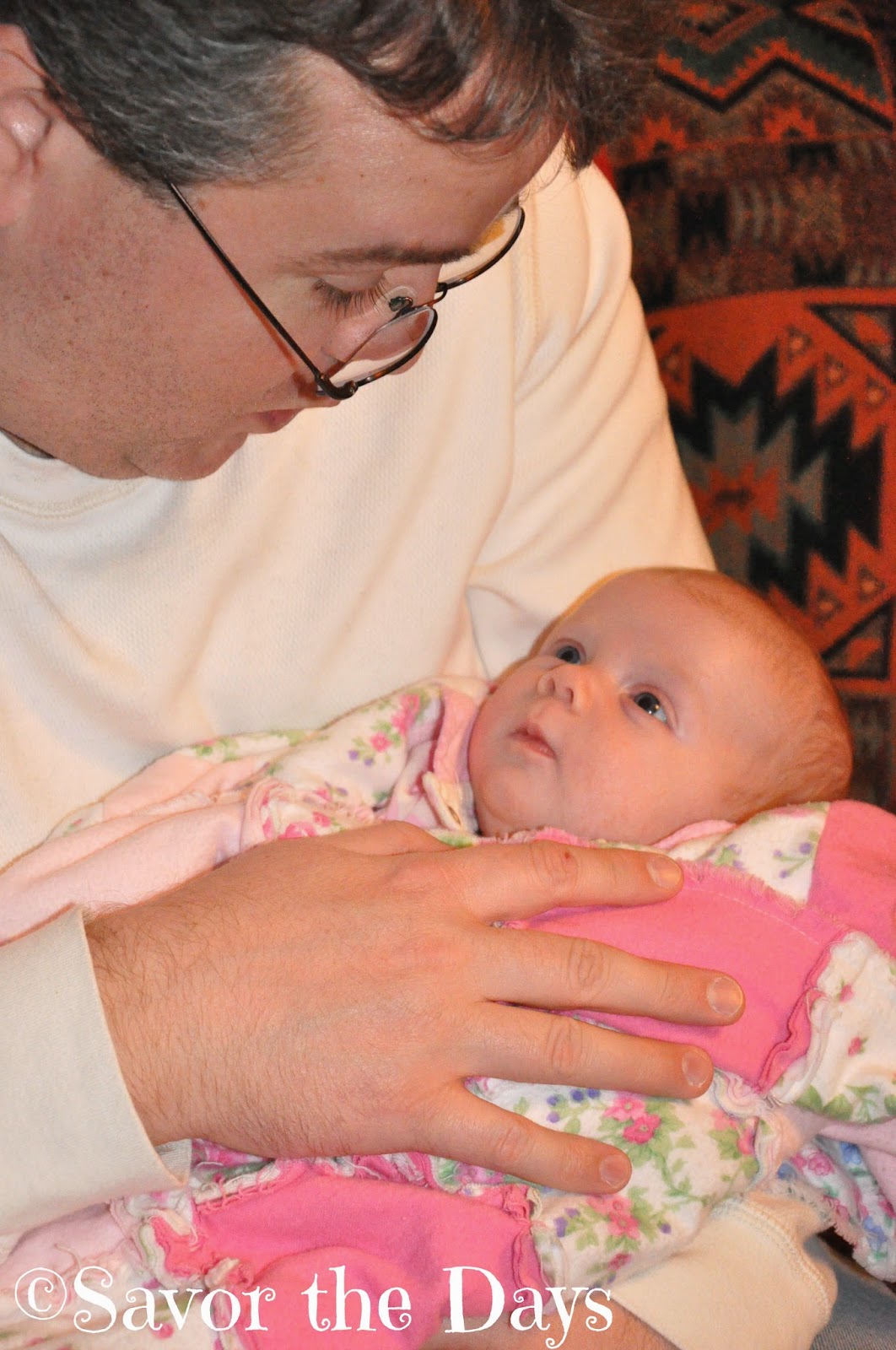 Now it is 2014.  We've been married for 18 years today.  Our lives are full and overflowing with blessings.  It has been hard and challenging at times.  But God has had His hand in our lives from the beginning and it has been better than I could have ever imagined.  I love our little family and I can't wait to see what God has in store for us in the years to come.
at May 25, 2014
Email ThisBlogThis!Share to TwitterShare to FacebookShare to Pinterest
Labels: family, love, Stuart