As we were walking along the sidewalk on our way to the kids' check-ups with their dentist, Nicholas said, "What is that?!"  He ran over to a little brown clump on the ground.  We thought at first it was a leaf but Nicholas examined more closely and said it was a dead bat.

He knew not to touch it with his hands because they can carry disease but he couldn't resist touching it with a leaf! 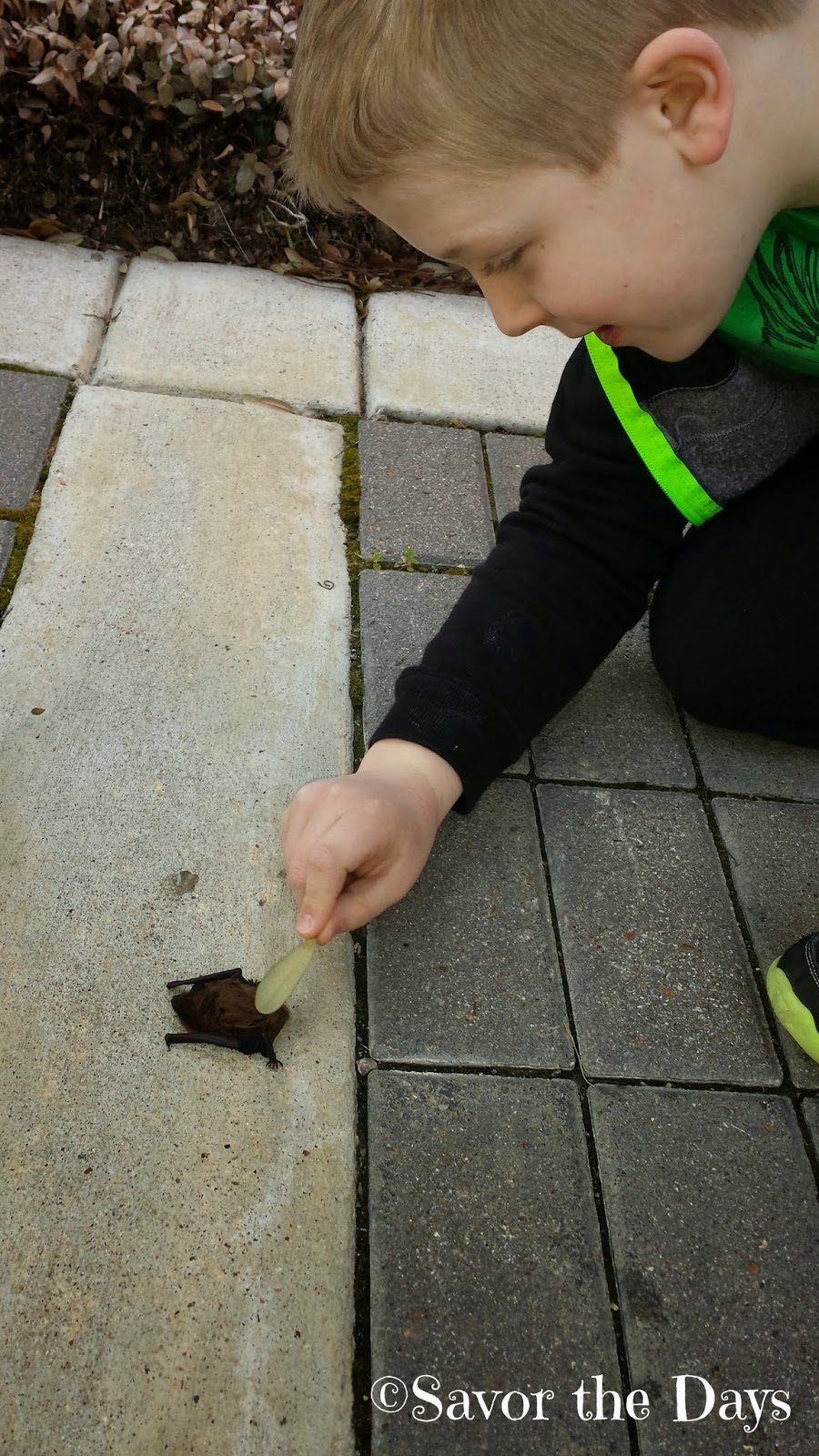 I stepped right inside the dentists office to check in but also to suggest that they call Animal Control because they might want to pick up the bat's body to check it for rabies or something.  Then Nicholas came running into the office to announce that the bat was alive!  As he brushed it with a leaf it eventually moved a leg and opened it's eyes.  It was clearly sick or injured as it didn't try to move or get away.  Another lady came out with a cup and Nicholas helped her capture the bat.  Now it was getting angry - see those teeth! 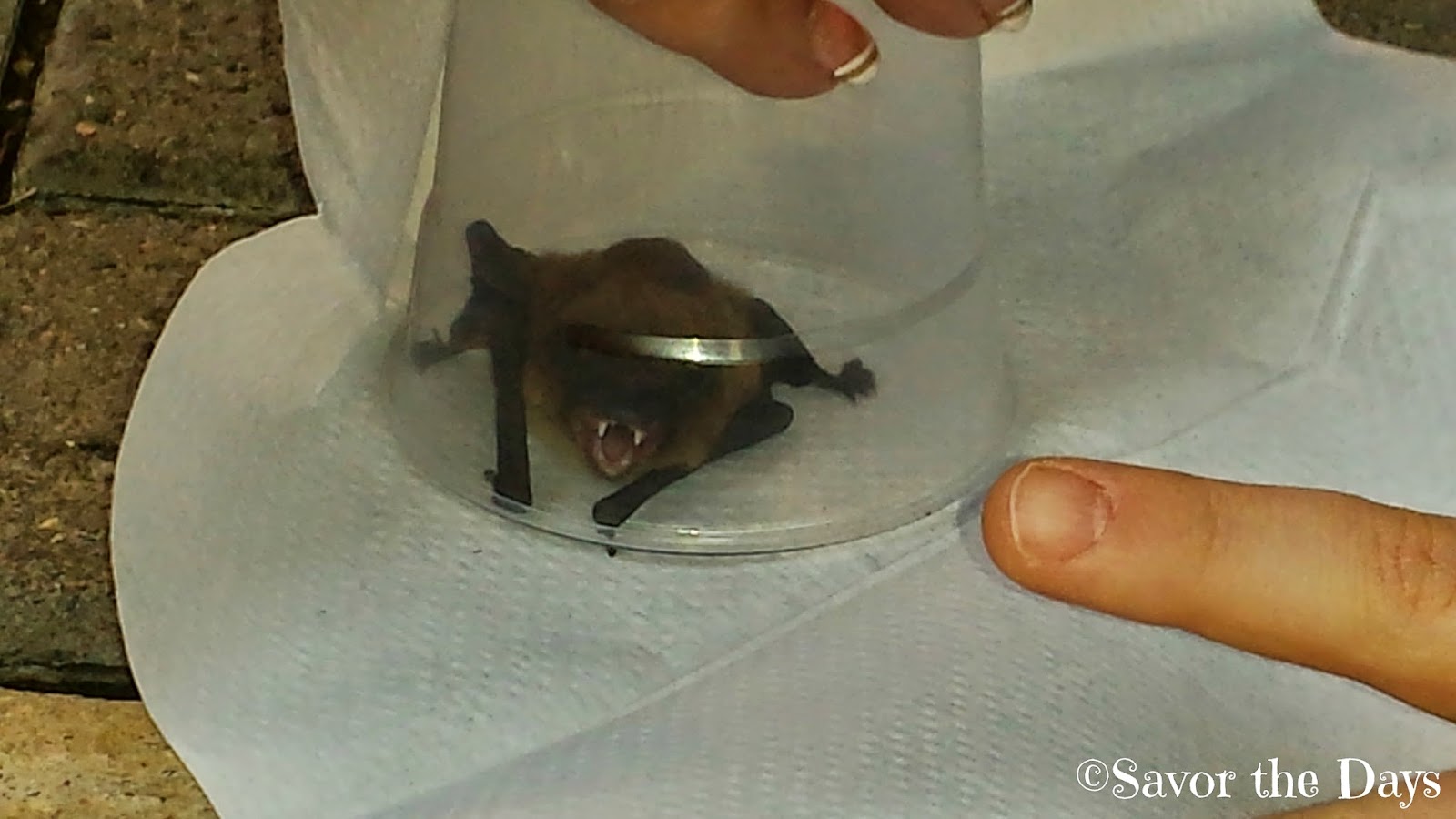 The bat snarled at us but he really didn't try to fight the cup or move around.  He seemed completely docile except for those scary teeth.

Nicholas understands that bats aren't just cute little furry pets and that they have teeth and may have rabies.  He has a surprising wealth of knowledge when it comes to animals.  He spends a lot of time reading and researching things on the computer and has taught himself much of what he knows about animals.  He understood that getting close to the bat could be dangerous but he acted very responsibly and totally in his element while trying to catch this little bat.

We got him off of the sidewalk so he wouldn't get stepped on or some other child wouldn't lean over to look at him and get bitten.  I told the receptionist again that she should call Animal Control to come get the bat.  However, after both of the kids were done with their appointments I checked in with her again and she still hadn't called them.  She thought she would just wait and see if the bat would just go away on it's own.  She hadn't seen how sick it was though.  So I talked to the kids about what Animal Control does and they listened to me make the call on my cell phone.  We waited in the car until we saw the Animal Control van drive up.  The man had a net scoop that he used to pick up the bat.  The scoop collapses to keep the animal from escaping.  Our little bat friend is snuggly inside the green mesh here. 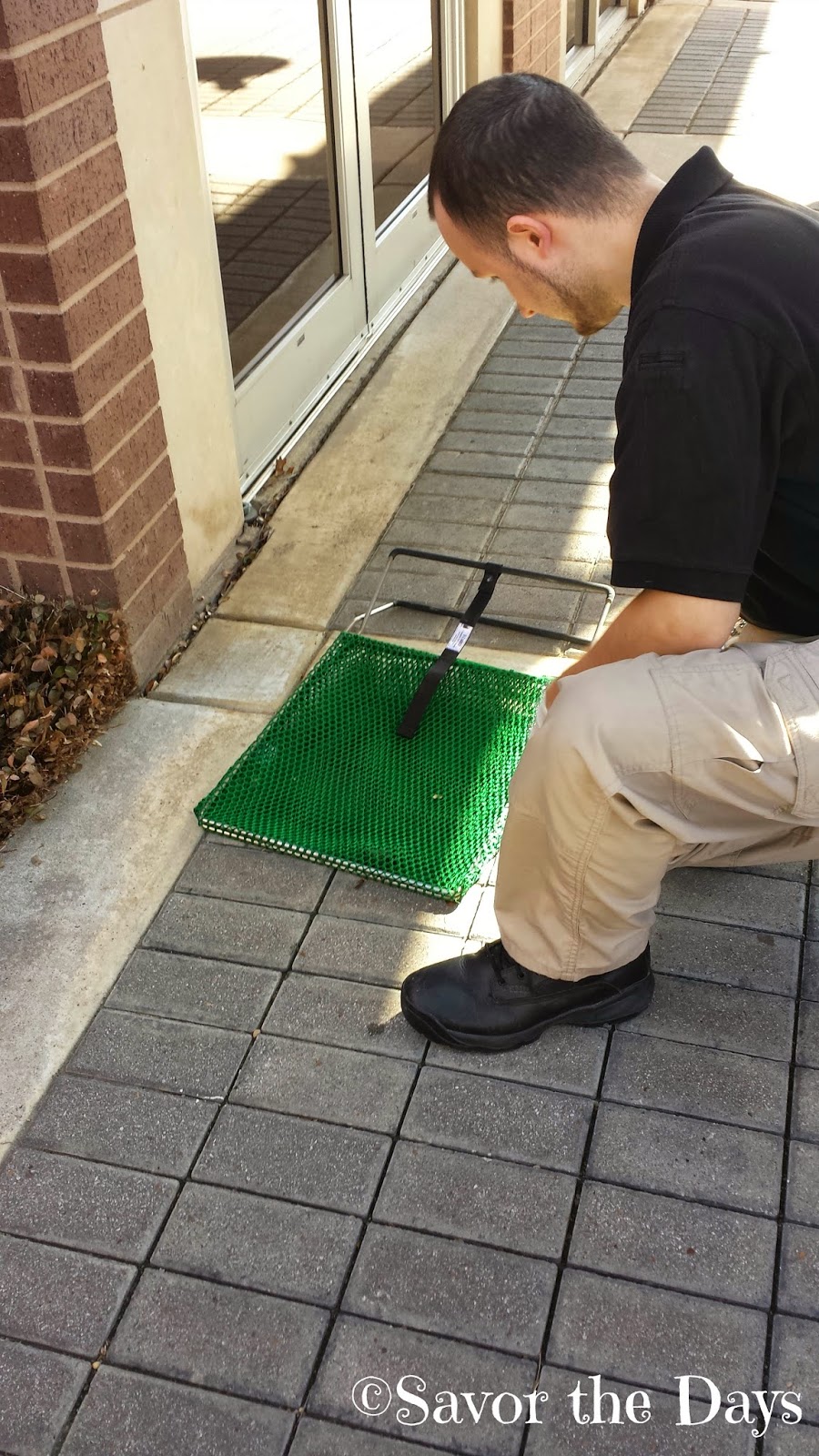 The Animal Control guy said that the bat might be ok but that sometimes baby bats have a hard time flying if they don't start from a high point because they need to start gliding down first before they start flapping their wings.  He said they would take a look at it and take care of it.  I talked to the kids about how they might check him out and release him but they also might decide that if the bat is sick then it might just be best to euthanize him so that he isn't suffering.  There was certainly some sadness at that thought but I think they both understood how that might the only option since the bat looked like he was already starting to die.
at March 18, 2014
Email ThisBlogThis!Share to TwitterShare to FacebookShare to Pinterest
Labels: animals, Nicholas