Our whole family enjoys archery but unfortunately we only seem to spend our time at Cinnamon Creek Ranch for kid's night and an occasional Couples by the Creek event.  Stuart and I very rarely get the shoot our bows on our own.

We recently found a great deal on a Groupon for shooting time at Cinnamon Creek so we jumped on that deal!  We hired a babysitter to watch the kids and Stuart and I had a wonderful morning shooting at 3D animal targets in the woods at Cinnamon Creek.

I love shooting the 3D targets, especially in this area of the property which I believe is called the Creeks II.  The targets are set up among the trees or up a hill and it really feels like you are hunting wild game but without actually killing anything and having to clean it. 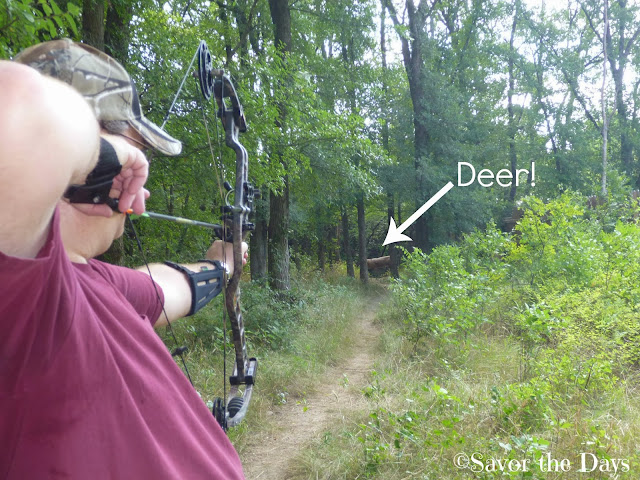 We shot the targets from 15-35 yards depending on where they were located.  I missed several targets and wasn't able to find a few of my arrows in the brush but that's all a part of the game.  Stuart did quite well, as always.  Here he had an arrow go all the way through to the other side of the wolf. 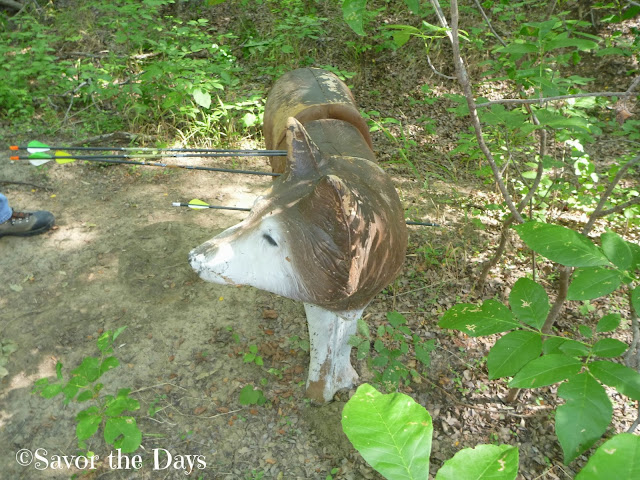 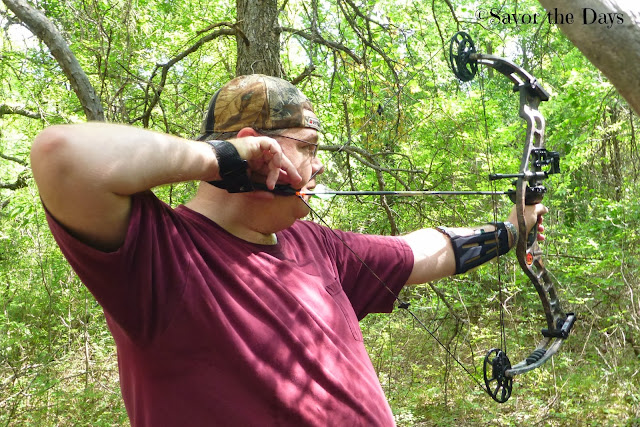 The owner of Cinnamon Creek lets his neighbor's cows wander around the property sometimes.  It was a little weird to be out in the middle of the woods and see this black cow quietly watching us from the trees.  Was he about to charge us or was he wondering if we were about to make him our next target?  It was definitely weird to be out there shooting animal targets and then run across a live animal that you can't shoot! 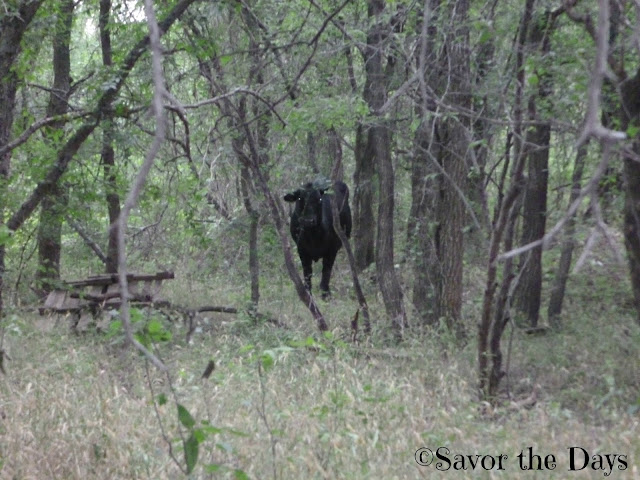 Earlier this morning I bought an arm guard.  If I shoot correctly with my elbow slightly bent then I shouldn't need an arm guard.  However, I always seem to get sloppy on my technique for at least one shot and one shot is all it takes to make my arm black and blue for a week.  But somehow, even with arm guard, that string still got my forearm today! 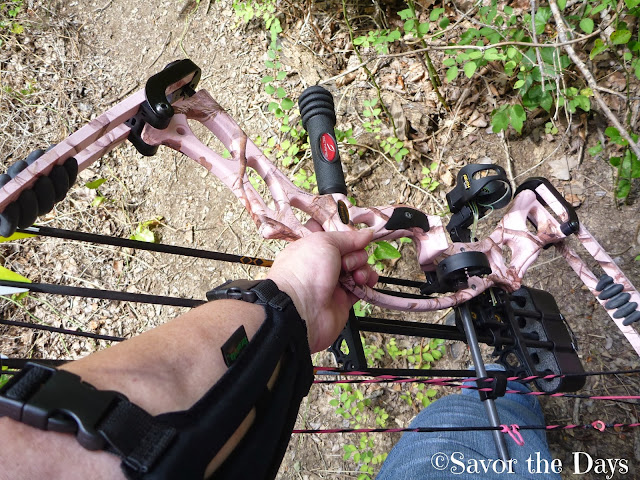 But a bruise didn't stop me.  I was having a great time hitting the targets.  Take a look at this video below :)

at July 29, 2013
Email ThisBlogThis!Share to TwitterShare to FacebookShare to Pinterest
Labels: archery, date with hubby, Stuart