Our local scout council held a full day Rocket Academy for the boys (and dads!).  Stuart and Nicholas were pretty excited about going.  The boys started off with shooting some pre-made pressurized rockets with some type of air pump. 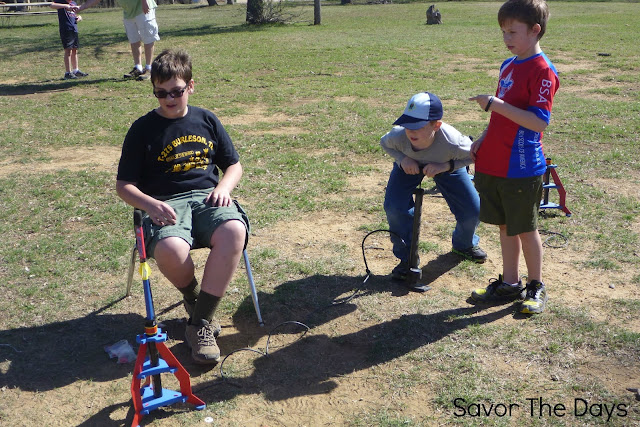 They also shot some rubber band guns.  While I don't see the connection between the rubber band guns and rocket academy,  I can tell you that after talking with Nicholas and one of the other scouts, these guns were close to the best part of the day.  They loved them! 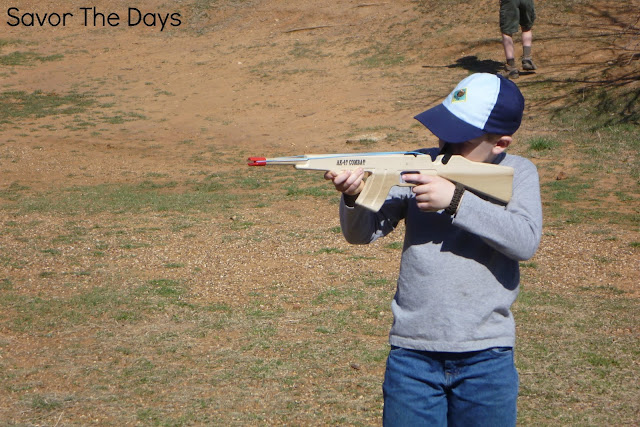 If one gun is good, then two must be better! 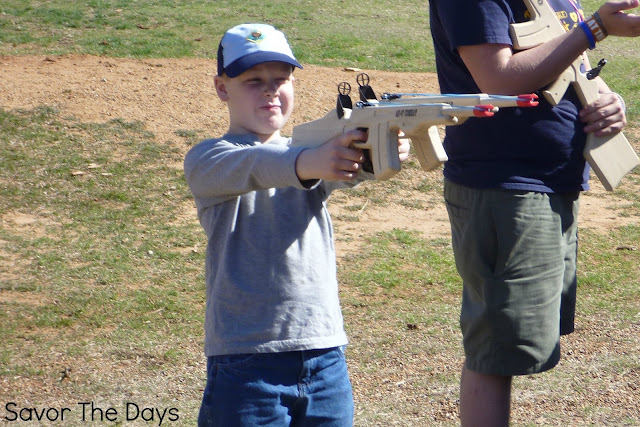 There were also live critters to examine and touch like this king snake! 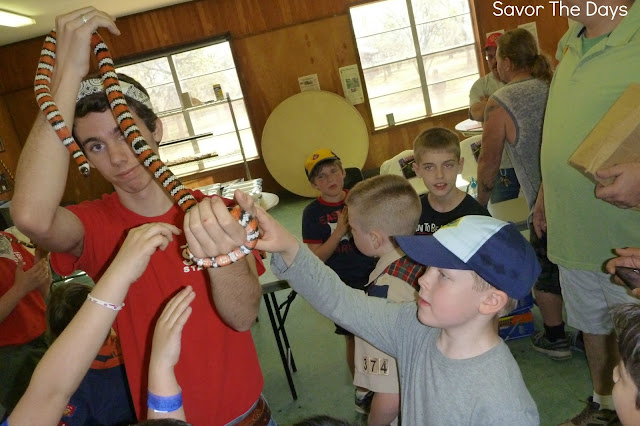 Rocket Academy was held at Sid Richardson Scout Ranch.  They have their own special grace that they say before meals. 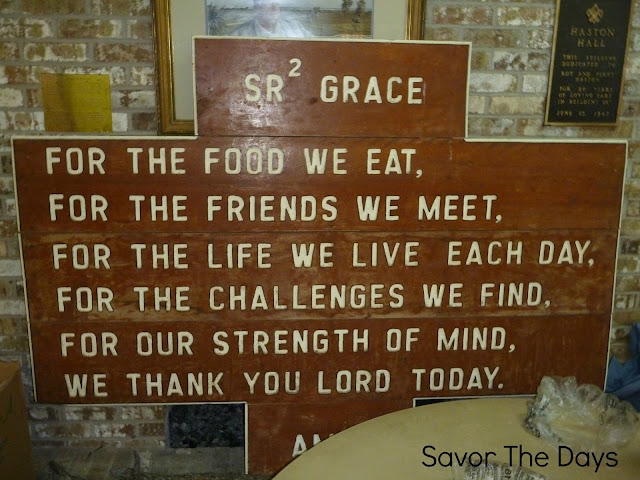 Finally it was time for the boys to build their own rocket. 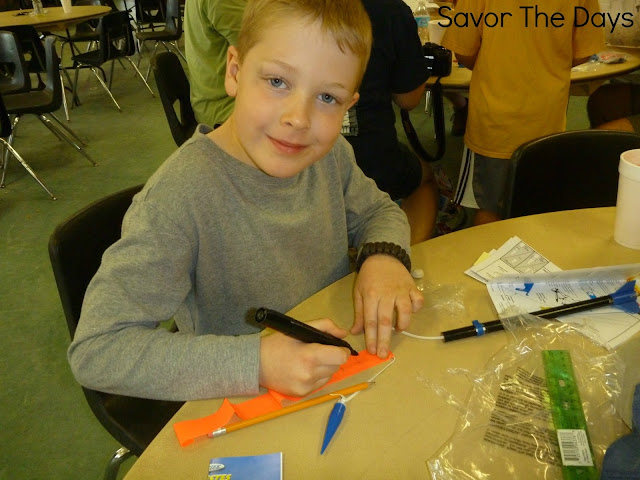 The rockets were marked with identification so you would know which was yours and then they were lined up in a row on a table. 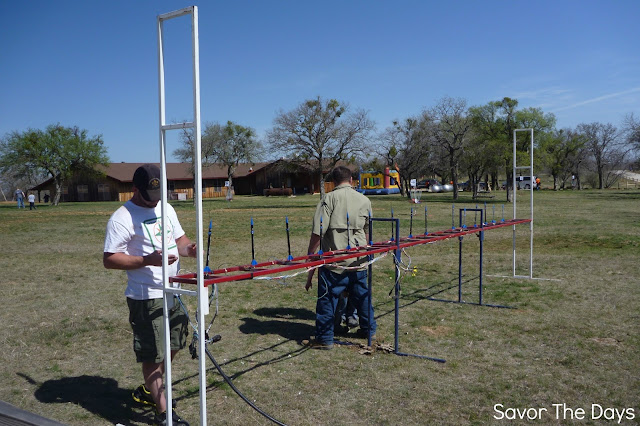 A short distance behind the rockets was another table where the rocket builders waited for the command to hit the button to launch their rockets.  There were 18 stations and rockets went off one after another down the line. 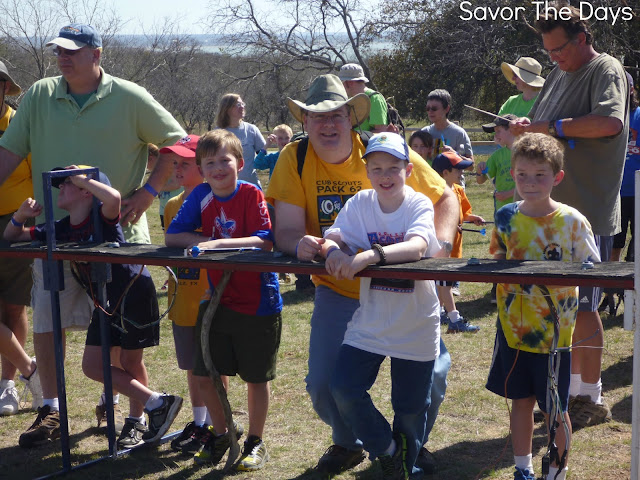 Stuart didn't put enough wadding in his rocket which caused the streamer to catch fire and burn up.  So in addition to his rocket falling back to earth quickly, he also lost the marker to help him identify it.   But I think he figured it out since he may have been the only one without a streamer :) 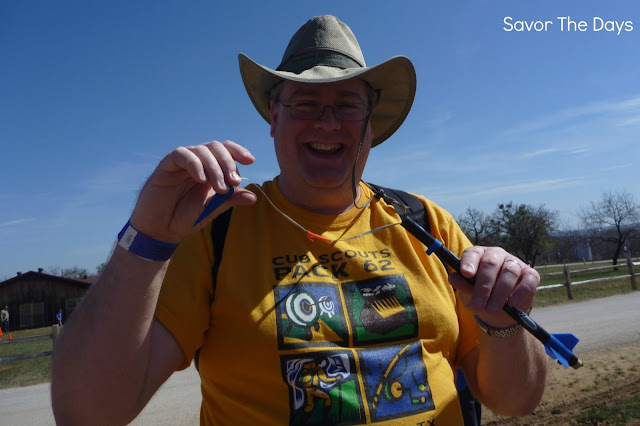 Nicholas is quite proud of his own rocket! 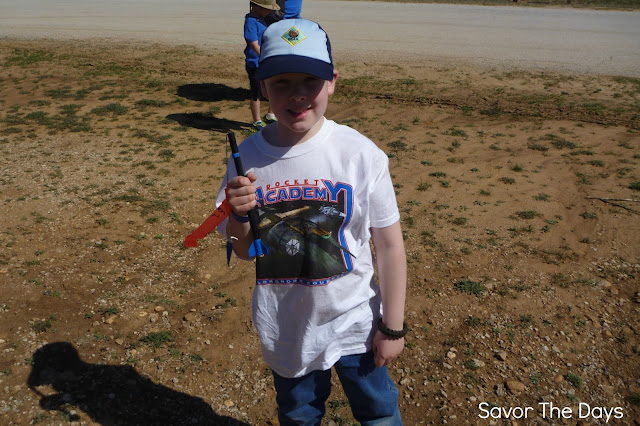 After a long day building, running, and playing, Nicholas snoozed a little on his way home.  Although he still denies that he was asleep.  He was just "resting" for a moment. 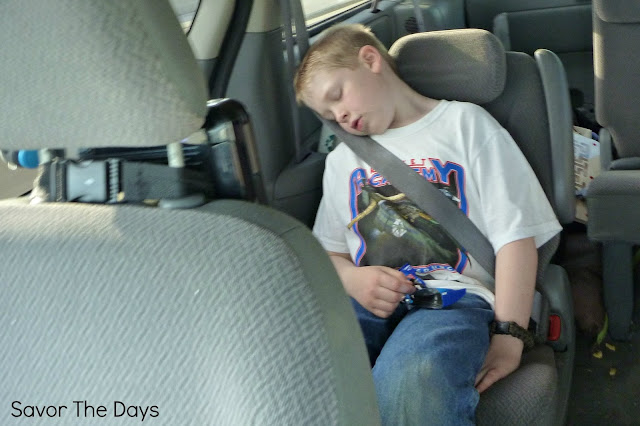