Fossil Hunting in Fort Worth

I've been following the Dallas Paleontology Society (DPS) on Facebook and there has been some talk of a place  near Lake Worth in Fort Worth where fossils, particularly ammonites (which I love), can easily be found.  We were running errands today in the general area of the place so we stopped by to check it out.

We found a few cool things just walking towards the lake.  The ground is very rocky on the path and as we came to a steep slope, we decided that without their hiking boots on the kids should just stay with me and Stuart would venture down on his own to explore.  None of us ever made it down to the actual lake.

While we were waiting for Stuart to come back, I found this amazing piece...a mold and cast of an ammonite.  The piece on the left is an cast of the actual part of an ammonite and the piece on the right is a mold of the real thing.  I saw the other side of the ammonite on the surface of the ground.  I dug it up and then noticed the mold underneath.  So cool!  My first ammonite fossil!! 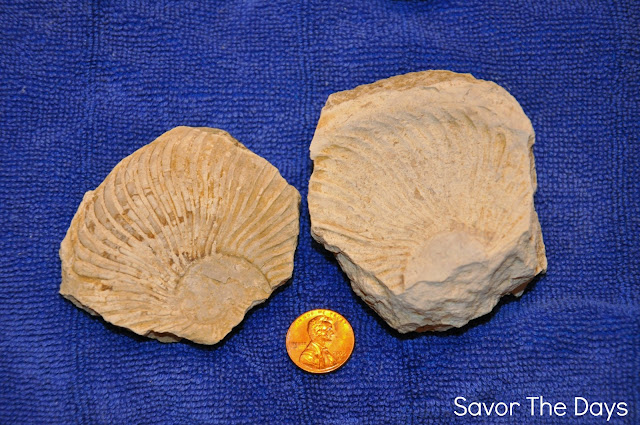 Someone on the DPS Facebook page suggested that it is an Oxytrpidoceras ammonite. We also found this piece of an ammonite. 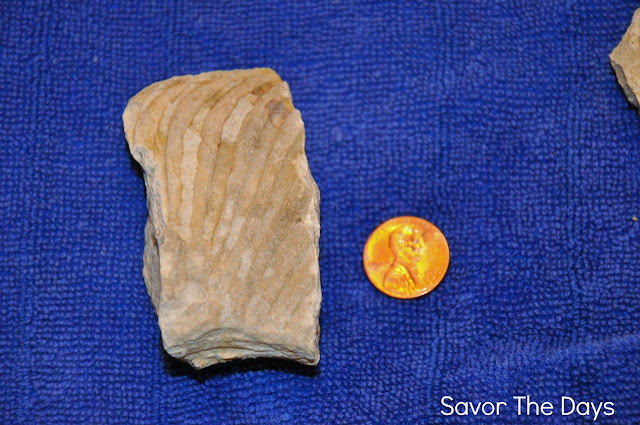 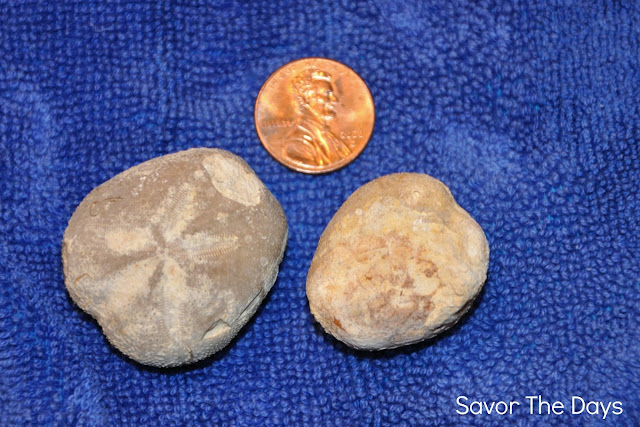 This is a big hunk of rock with a large smooth round piece protruding from it.  We aren't sure what it is but we didn't have the heart to leave it behind.  Someday I'll get a rock hammer and so a little more exploration on this piece. 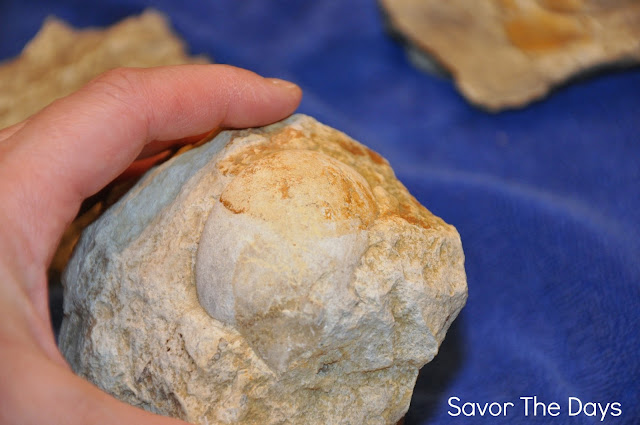 Here is a cool shell.  This was not near the lake but I can say for certain that it is a fossil but it certainly could be since the whole area was under the water millions of years ago. 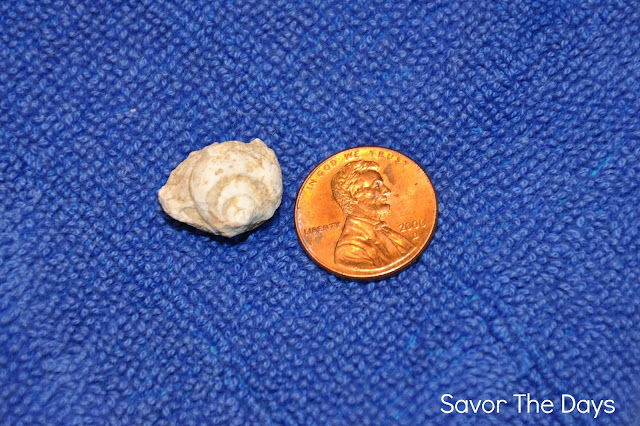 This picture is of an oyster shell, again this was not found near the water.  Someone on the DPS page suggested that it is ostrea which is an ancient genus of the oyster family. 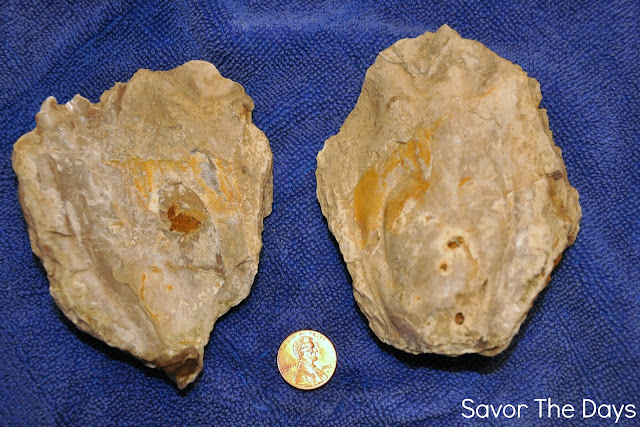 I'm not sure what this little guy is. 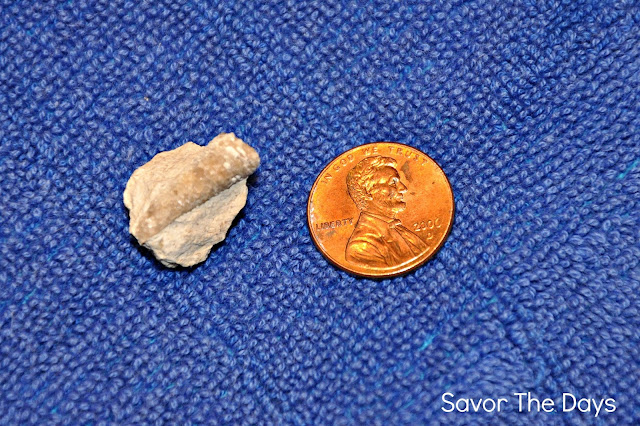 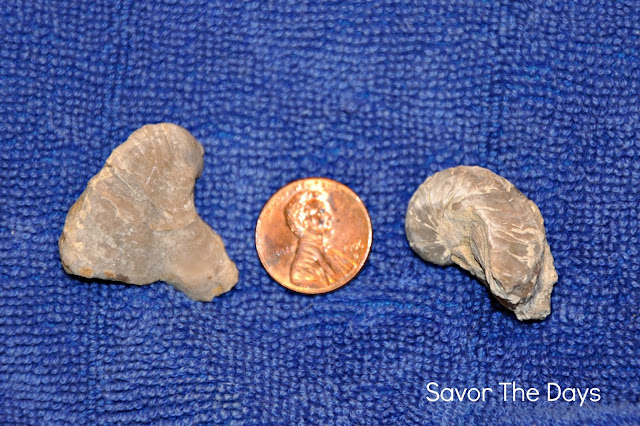 These fossils were all easily found scattered through rocks or slightly embedded in the ground.  It was a fun place for the kids to explore but we were limited because of the steep slope.  We'll come back with hiking boots next time!