Tonight we had our Cub Scout Blue and Gold celebration.  It's kind of a birthday party for Boy Scouts of America which was first organized in February 1910.  We celebrated their 103rd birthday tonight.

Our pack threw a big disco party at Lone Star Skating Rink in Denton to celebrate.  We had the whole place to ourselves and it was catered by Raising Cane's Chicken Fingers! 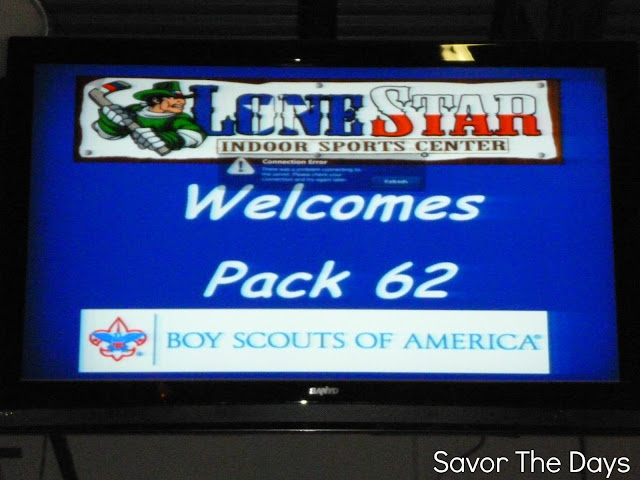 Since Nicholas is so used to ice skating, he chose some inline skates.  He's never been on inline skates before but he did an amazing job skating around.  Although he had no idea what "disco" was, he enjoyed the laser lights on the floor and lots of glow sticks. 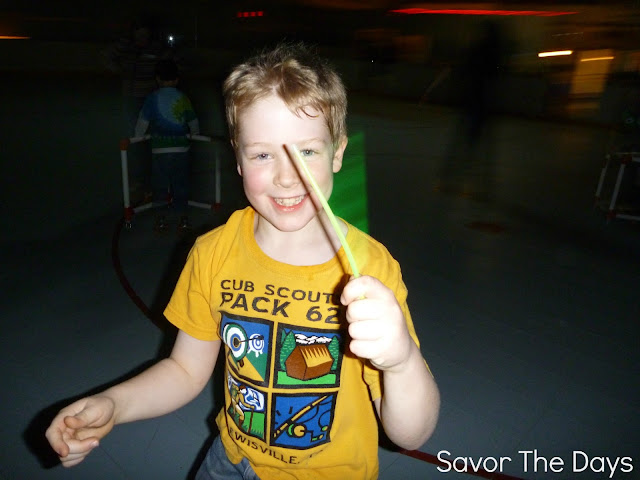 Rachel wasn't intimidated by skates.  She grabbed one of the cradles to help her get used to the skates.  Soon she was zipping all over the place. 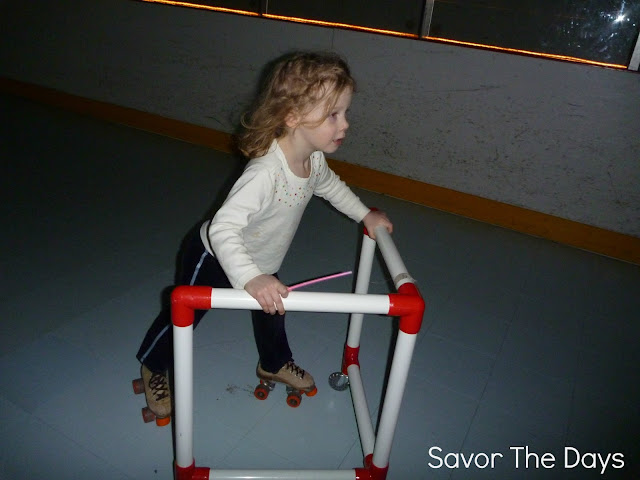 She was excited to see some of her friends there too. 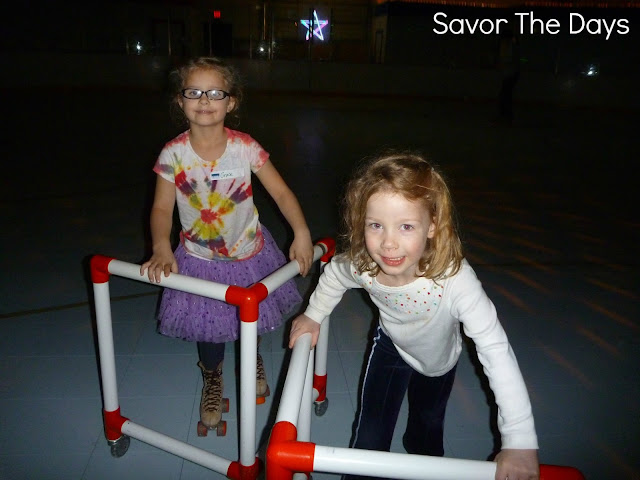