Making Friends At A Playground

Yesterday, the four of us enjoyed a Sunday afternoon at a local playground. Nicholas was excited to find that some kids had left a few toys behind and he enjoyed playing with them while we were there. When I picked him up from school today, we talked about going to a park to enjoy a little sunshine. He immediately said that he wanted to go back to that same playground to see if the toys were still there.

We got there and found that not only were the toys there but so was another mom and little girl that we had met at this same park about 2 years ago. We only played with them that one time and haven't talked to them since but we all remembered each other. Of course, each of us had a second child with us this time. It was neat talking seeing Nicholas playing with the little girl as if they have been best friends ever since. It's always fun getting to make friends at a playground. 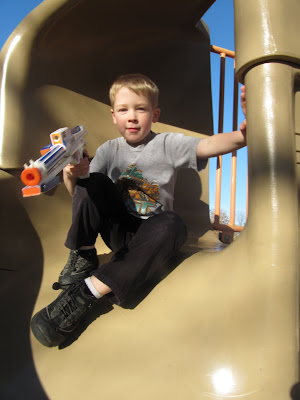 Rachel wasn't as interested in making friends. She just wanted to walk around the park picking as many dandelions as her little hands could hold. 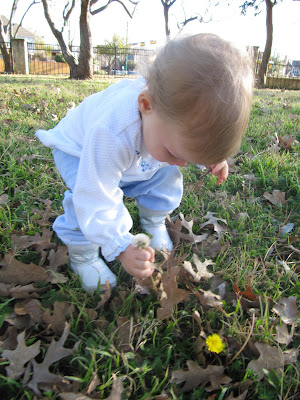 at January 26, 2010
Email ThisBlogThis!Share to TwitterShare to FacebookShare to Pinterest