We visited Fan Expo for the first time.  It was an experience.  There were lots of famous actors and actresses there including Ben Affleck, Chuck Norris, Val Kilmer, and Richard Dean Anderson (aka McGyver), just to name a few.  Some of the stars had opportunities where you could pay to have your picture taken with them.  Others had casual Q&A sessions with an audience or sat on various panels.  Here is a picture we got of Jeff Goldblum from Jurassic Park, Thor, and of course, The Fly. 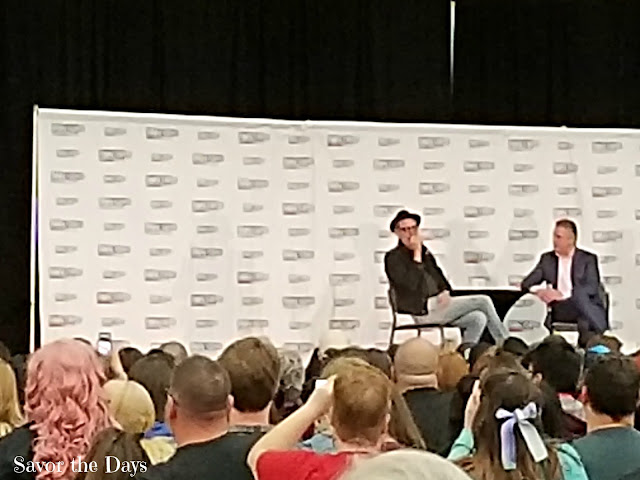 There were lots of booths where you could get pictures for free like these below.  Stuart found R2D2! 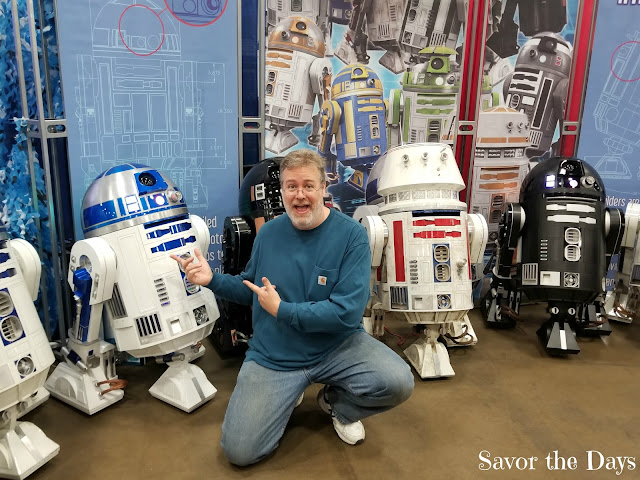 Nicholas was excited to get a picture with Darth Maul from Star Wars.  He is one scary dude! 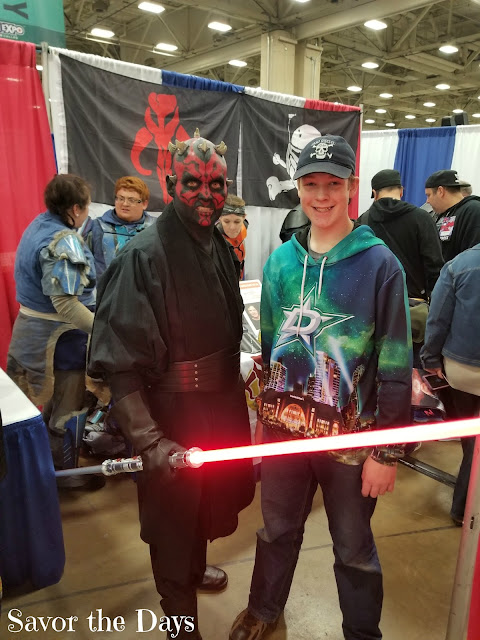 Rachel preferred to get her picture with this sweet ewok.  Awww! 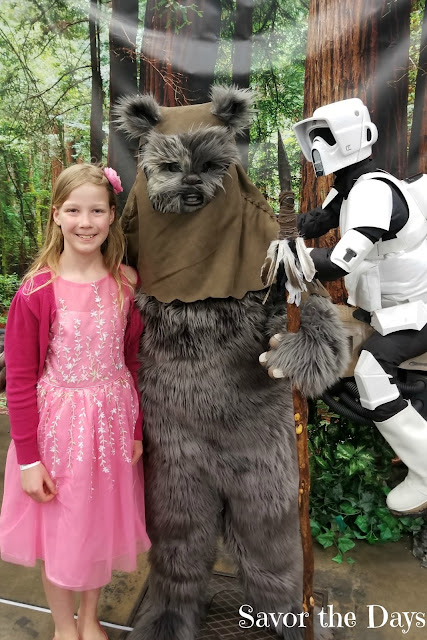 I secretly wanted a picture with a Star Wars jawa because they kind of scared me as a kid but I never got one.

Nicholas loves the Flash super hero and even has a cool Flash helmet but this guy had the real deal. 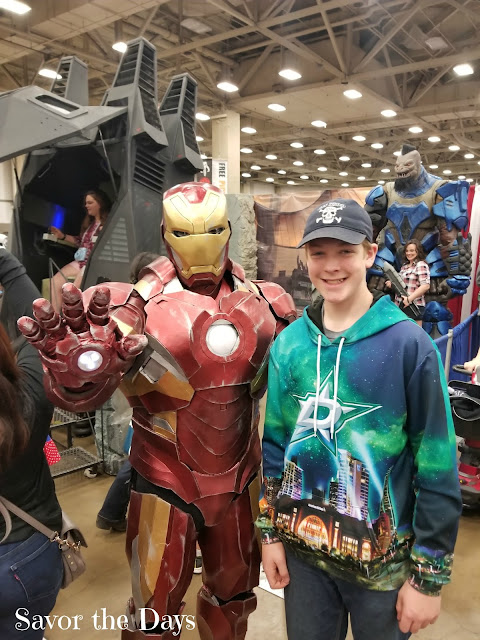 Here is Nicholas with Riddick. 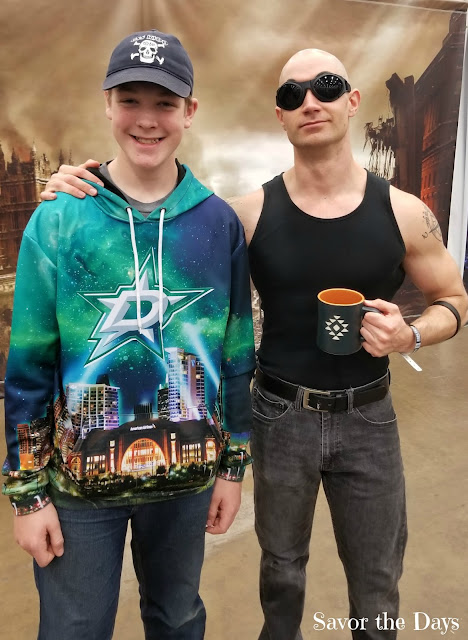 And probably the highlight of the day for him, a picture with two Master Chiefs from the game Halo. 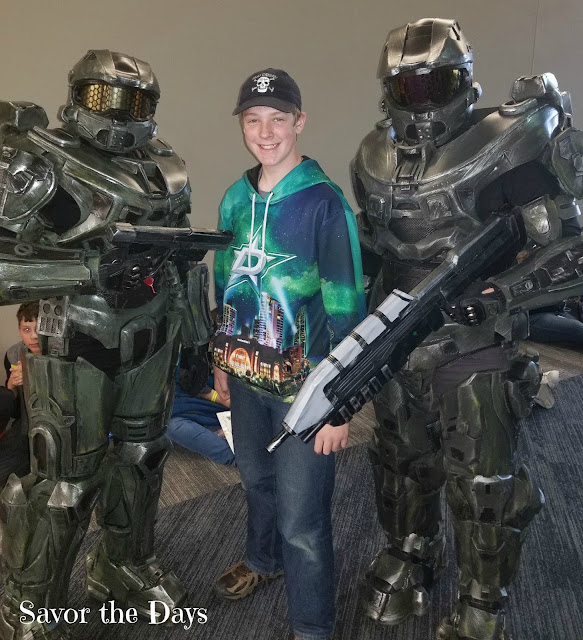 My favorite costume is a little more tame.  I found the famous painter, Bob Ross and posed with him and his happy little squirrel. 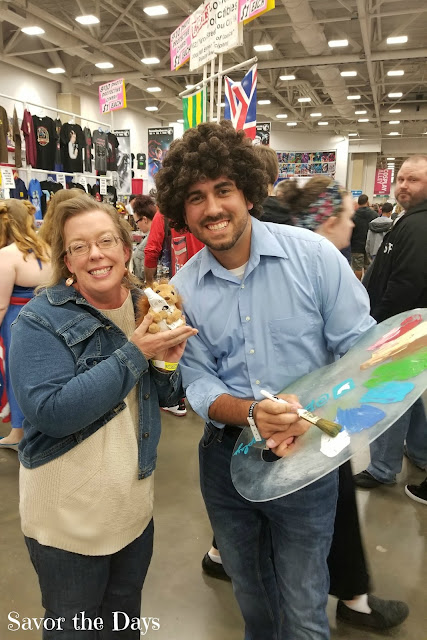 There were tons of vendors where you could buy swords, t-shirts, light sabers, jewelry, and all kinds of cool stuff. 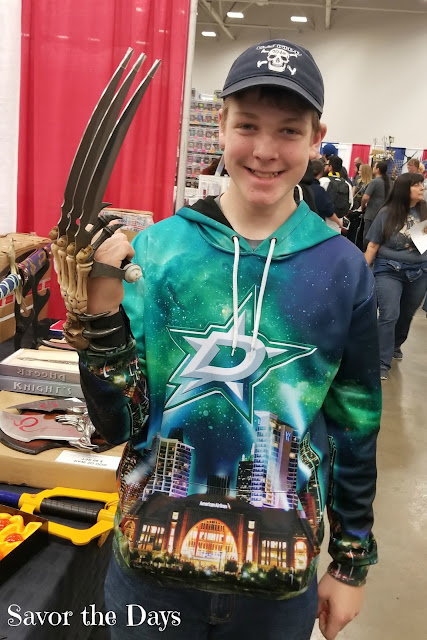 However, it was all a bit much for my introverted self.  We don't watch a lot of TV or movies so we didn't know who a lot of the characters were.  And it was so crowded that it was hard to get around at times.  Even though this was taking place in the Dallas Convention Center it still wasn't a big enough space.  Stuart compared it to being at Mardi Gras in New Orleans.  Maybe next year they will get a bigger space.  I had fun seeing all the characters and posing for pictures with them.  I liked looking at the vendor booths (girls do like shopping!).  Nicholas had the most fun of all of us and I'm sure he will want to go again next year. 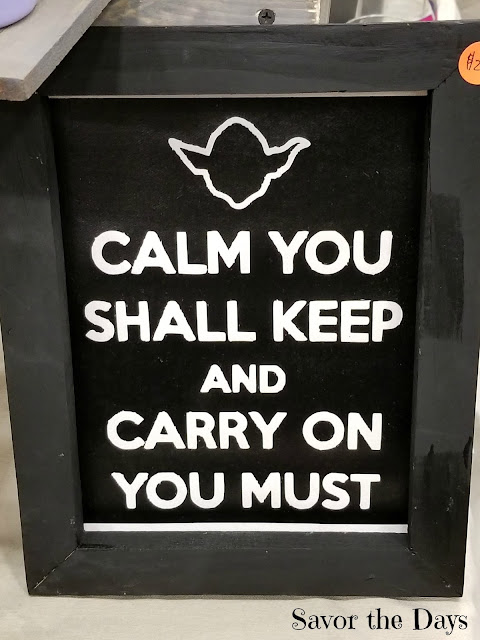 at April 07, 2018
Email ThisBlogThis!Share to TwitterShare to FacebookShare to Pinterest
Labels: Dallas