June 01, 2017
Early explorers to the New World learned a lot about the Native American Indian way of life.  One thing they were introduced to was wampum belts. As part of our study of the New World and Colonial Times, Nicholas and Rachel each made their own wampum belts. 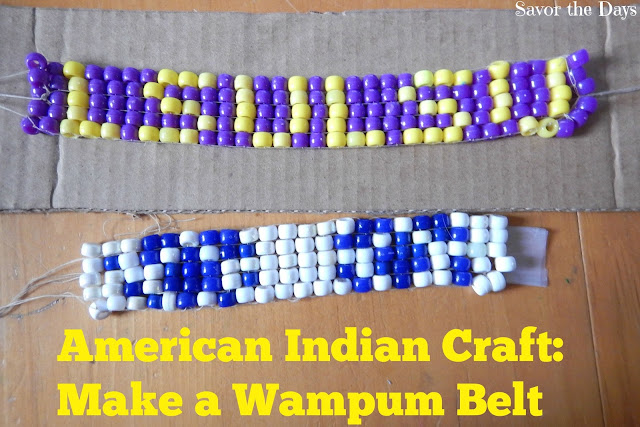 Wampum was made up of valuable purple quahog shells and white whelk shells.  The Indians would put holes in the shells and string them to make jewelry or belts.  These wampum belts would be used for trading, as a sign of status, to communicate a threat of war or marriage proposal, and also to record history.

Here is a great video about the history of wampum.


The kids began their project by making their own loom out of a piece of scrap cardboard measuring 13 inches long and about 3 1/2 inches wide.  They cut six slits on each side of short sides of the cardboard.  Then they taped a piece of thread at the bottom and wrapped it around the card, tucking it in each slit as it wrapped around.  These are called the warp threads.  Once they were finished wrapping the loom with warp thread, they cut it and taped the end down. 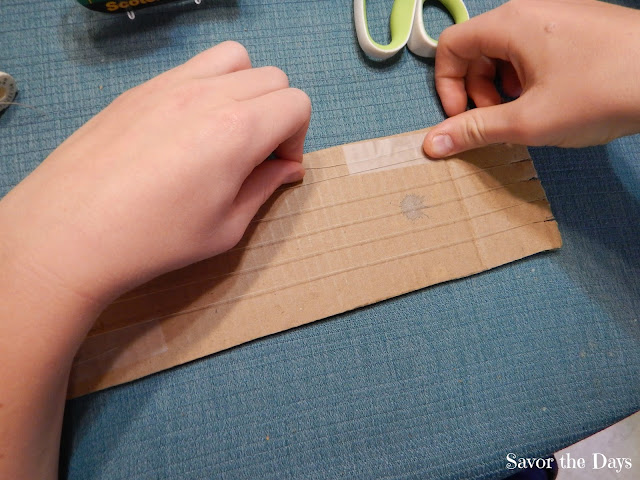 I found some worksheets online at There's a Dragon in My Art Room that worked perfectly for designing wampum belts for the size of our looms.  The kids colored in the squares to represent where each bead color would go. 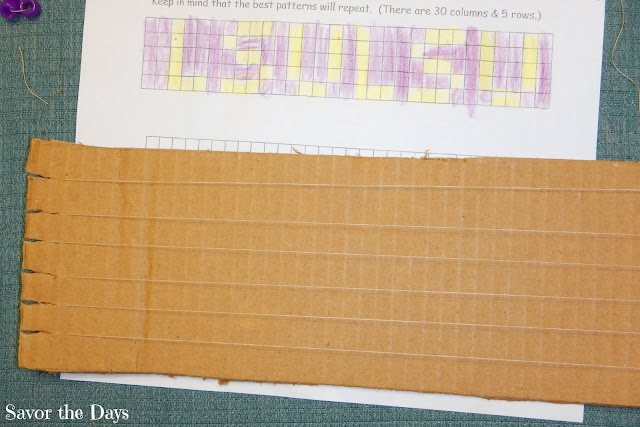 We used inexpensive plastic pony beads from the craft store.  The kids threaded their needle and tied the end of the thread to the loom thread.  To use this loom, they loaded the beads on the needle for one column then slid the needle and beads under the warp threads, allowing each bead to settle in between two warp threads.  Then they went to the next column on the pattern and repeated. 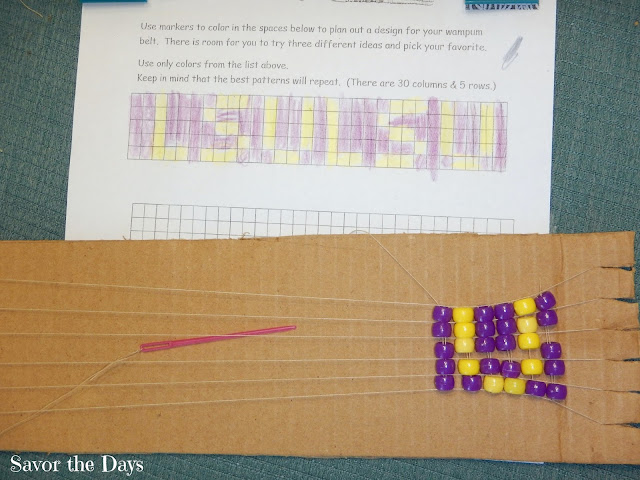 It was a little time consuming but it seemed to be a relaxing activity for the kids.  As you have seen, Rachel made a purple and gold LSU wampum belt. 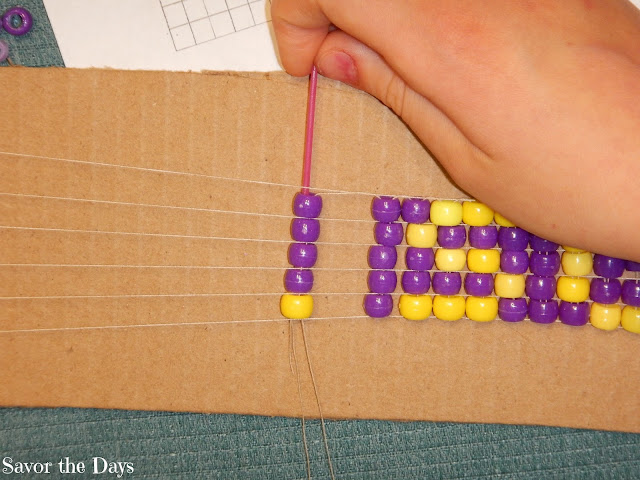 Nicholas wanted to stick with a more authentic look to his wampum belt.  Here he is loading his thread up with beads for a column on his pattern. 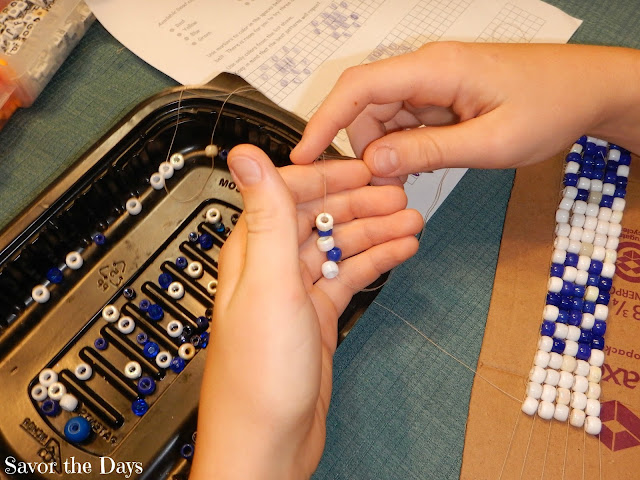 And weaving on his loom. 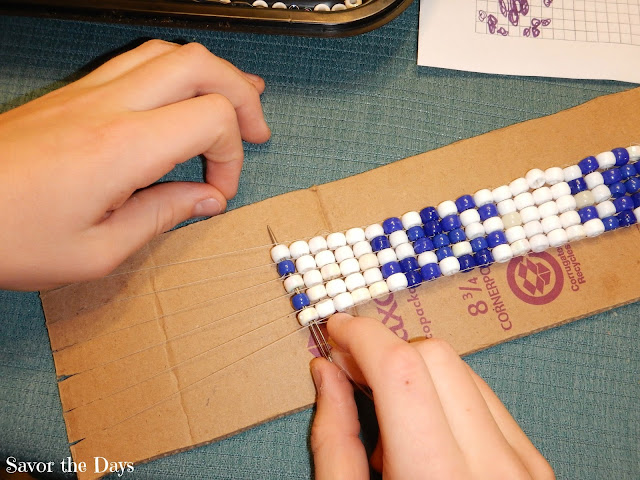 Here are their completed Wampum Belts.  Unfortunately, as Nicholas was taking his Wampum off of the loom the thread snagged and broke and lots of beads went flying.  He taped up the end so its fine, just a little shorter than originally made. 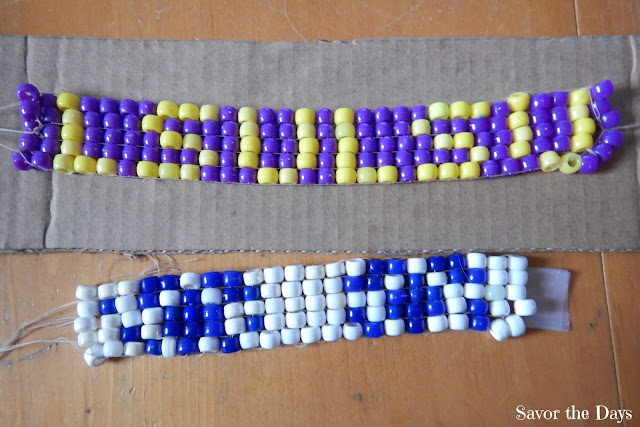 I found several online resources to help us make these wampum belts but the most helpful resource were some YouTube videos called Art with Mrs. Prestigiacomo.


For younger kids, All Things Beautiful demonstrates a way to make a wampum belt without a loom and using macaroni.
America craft history Nicholas Rachel