Summer at the Perot Museum

Summer.  Kids are out of school and it is already getting hot outside.  What better way to spend your time than at the Perot Museum of Nature and Science having fun and preventing that dreaded summer brain drain.

The Perot Museum has some amazing IMAX 3D National Geographic movies in the Hoglund Foundation Theater.  I have honestly loved every movie we have seen there!  This week we watched their newest movie Dream Big 3D.  It is 40 minutes long and it highlights the incredible work of several engineers who dreamed big and used their skills to solve impossible problems to make the world a better place. 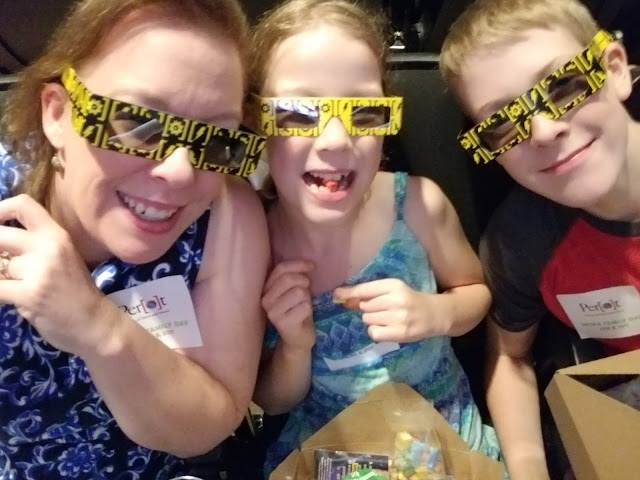 We got to see that by studying soil liquefaction and the secret mortar ingredient in the Great Wall of China (you won't believe what it is!), engineers are able to build structures that can withstand earthquakes and reduce the number of lives lost.  They build bridges in third world countries to help communities get to resources they need without having to risk drowning in the raging currents by crossing through the water.  Dream Big 3D is an inspiring movie, especially for Rachel was really excited to see several female engineers featured in the movie.  Take a look at the trailer below then go see it for yourself.

The Perot also has a new program called Architecture Tours.  The tours are about 1 - 1 1/2 hours long.  We haven't taken this tour yet but I'd love to.  They said that once you've been on the tour, you will never be able to look at the museum's building the same way again.  I've always noticed the big crack in the wall behind the admissions desk.  They said I'll learn the story behind it on the tour!  They will also talk about the reason for the holes in the stairway walls and the vents that are inside and outside the glass walls at the front of the museum.  It sounds like a really unique tour and I can't wait to check it out. 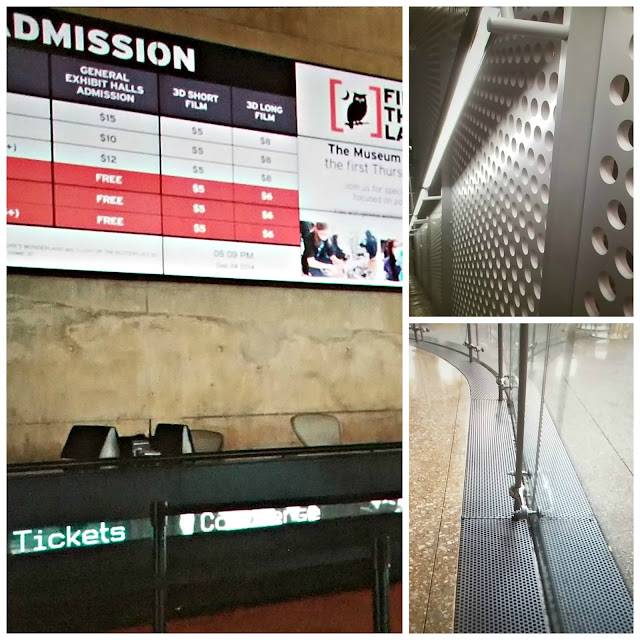 Of course, if you go to the Perot, you HAVE to check out the special exhibit Maya: Hidden Worlds Revealed.  There are lots of great hands-on activities for kids and adults plus nearly 250 authentic artifacts to exploreIt's only here through September 4th and you don't want to miss it!

We spent most of our morning in the Lyda Hill Gem and Mineral Hall.  My kids are both rock hounds so we always seem to end up here.  Nicholas studied this Pocket in a Rock where mineral crystals form in hollow space within a rock. 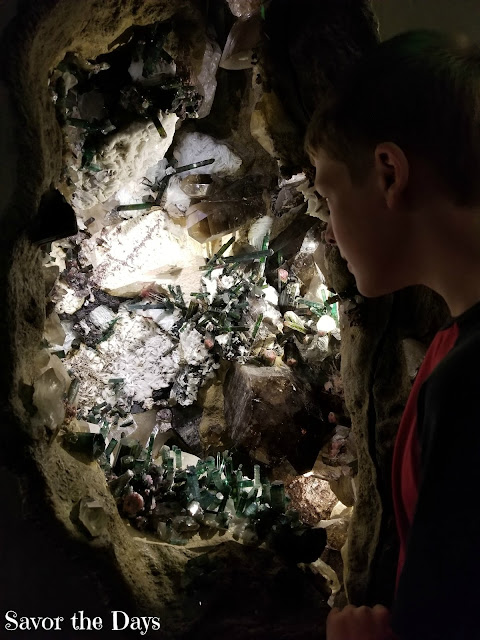 We were excited to see a Brainiac in the Gem and Mineral Hall!  Brainiacs are scattered around the museum to talk one on one with guests, to answer questions, and show them up close touchable specimens.  Just look for them with their blue shirts and red vests and a little display of some kind in front of them. 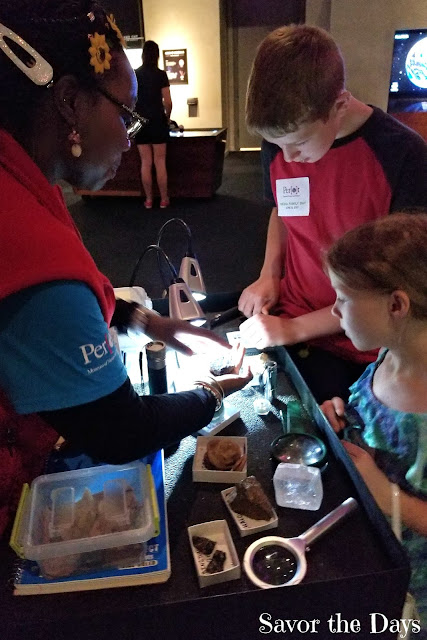 My kids asked tons of gem, mineral, and fossil questions to the Brainiac and I was amazed that she always had knowledgeable answers and never seemed tired of all the constant questions. 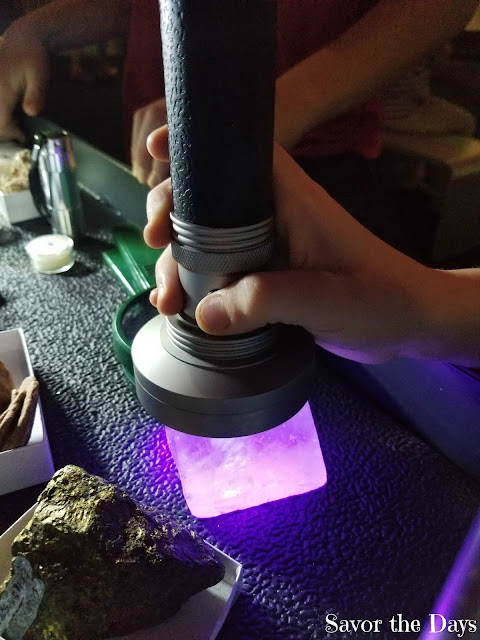 Rachel got to use a UV light to look at the fluorescence of calcite and we learned about mining for bauxite to get aluminum to make foil. 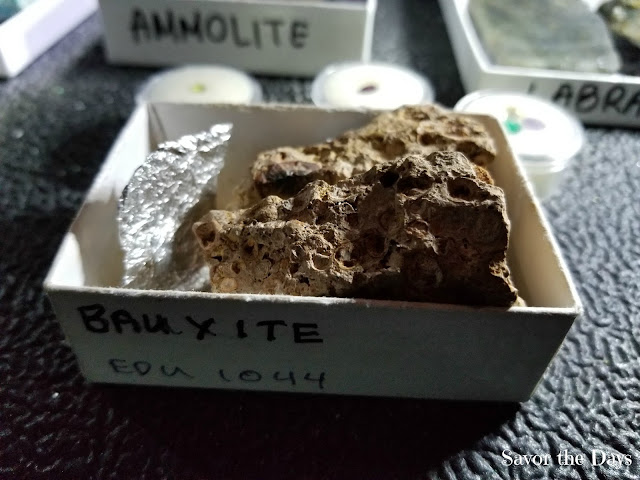 Before we left the hall, we had to take a ride on the Shale Voyager for an imaginary trip down the borehole to experience first hand what it is like to drill for natural gas.  The experience includes sounds, video and some chair movements :) 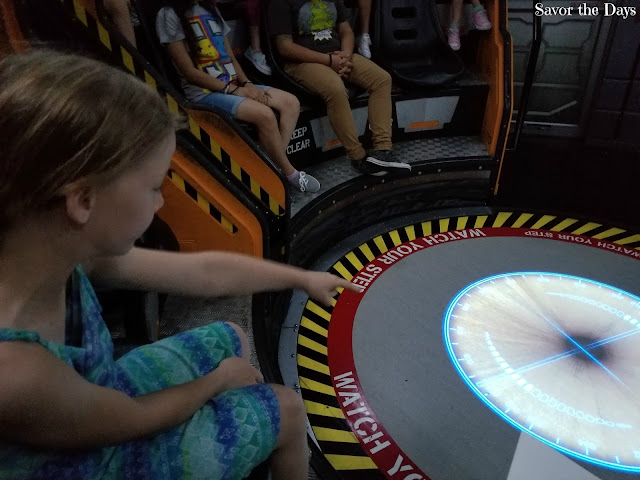 We found out that there was a new Reaction Time exhibit in the Lamar Hunt Family Sports Hall and it was just its third day to be open.  Not only that, but there was also a special media event to promote it and Kari Lehtonen, goalie for the Dallas Stars, was going to be there!  Nicholas plays hockey and we are all Dallas Stars fans so this was really exciting! 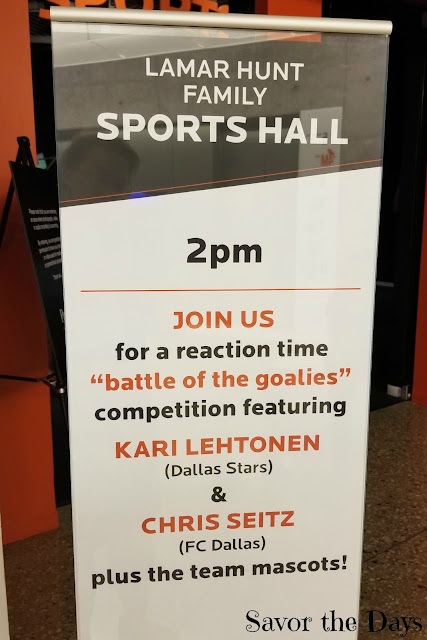 We got there a little early to play with the exhibit ourselves but we got a little distracted by all the fun mascots that were there.  Rachel posed with Victor E. Green of the Dallas Stars! 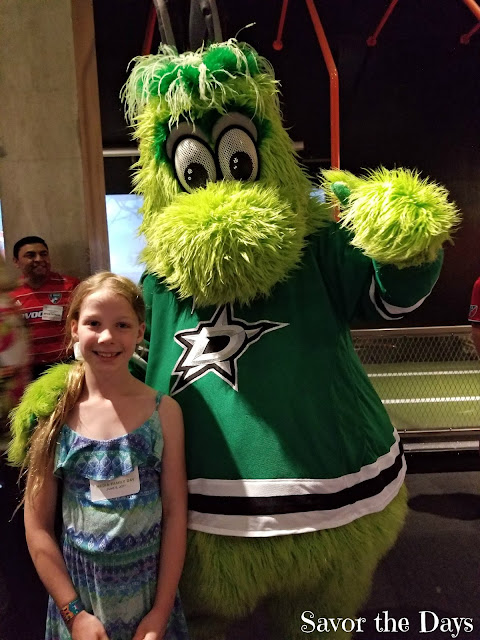 But there was also some other mascots there including Tex Hooper from FC Dallas soccer team and the Perot Museum's own T-Rex. 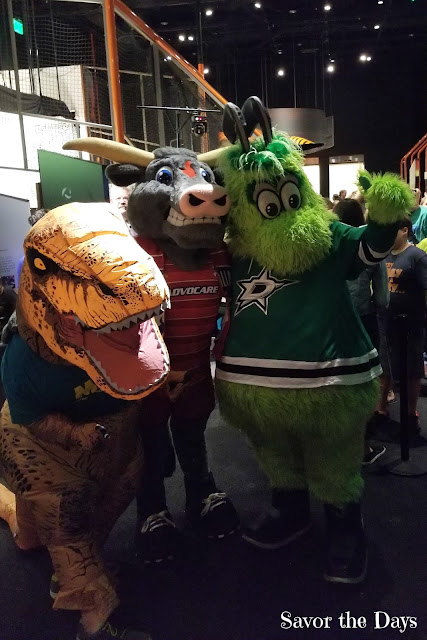 Things got a little exciting and Vic had to show us his dance moves!


Nicholas was excited to get the opportunity to meet Kari Lehtonen in person.  He is the current goalie for the NHL Dallas Stars hockey team. 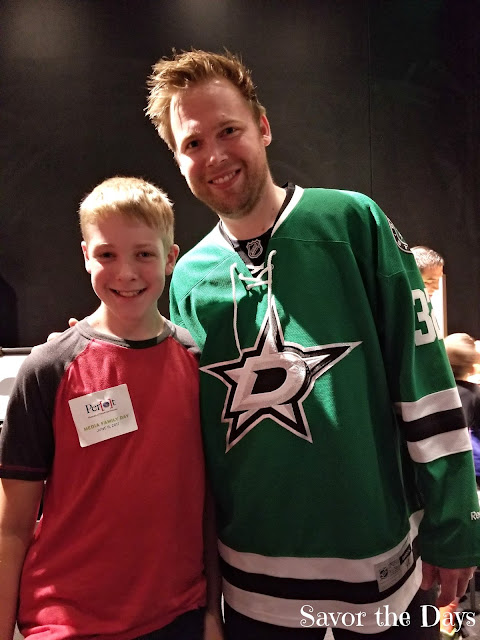 We didn't know about the event or he would have brought his Stars jersey to get autographed.  But his regular t-shirt was better than nothing! 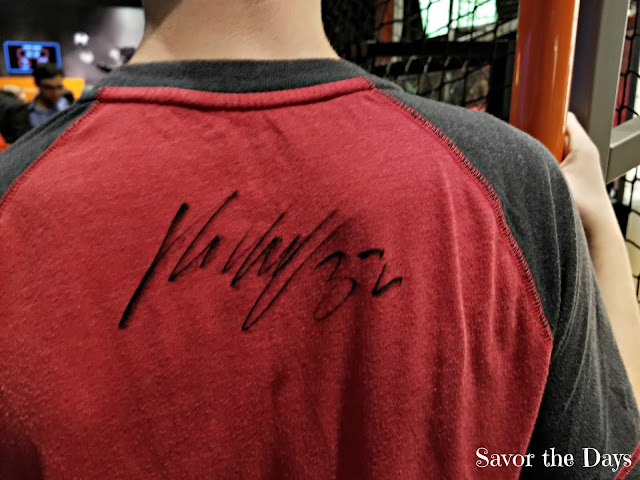 The two goalies took turns on the Reaction Time game.  It's kind of like playing Whack-A-Mole but you have to hit the lit button as it moves around the board.  Chris with FC Dallas scored 28 and Kari with the Dallas Stars scored 29.  Go Stars!!


Next, the kids had to give it a try. They worked as a team on this one but they were still excited to have beaten Kari's score!

Nicholas also tried a smaller Reaction Time game and he was pretty excited to make the new Top Score.  Look at those ninja-like reflexes!

What else is there to do at the Perot this summer?
at June 08, 2017
Email ThisBlogThis!Share to TwitterShare to FacebookShare to Pinterest
Labels: Dallas, Nature, Nicholas, Perot Museum, Rachel, science, things to do in DFW