We have continued our journey through the book of Exodus this week as well as our amazing assortment of history books.  The kids learned all about Ancient Egyptian pharaohs who were treated as gods. They have learned about pyramids. The Egyptians believed in the afterlife so they filled pyramids with food and treasures so they would be available to the person if needed. They learned about the embalming process and how mummies were made. The kids have been fascinated by it all!

For co-op this week, they made their own mummies! They started with action figures and dolls from the dollar store. They covered them in oils, spices, and natron (a type of salt), all of which were used in the mummification process. 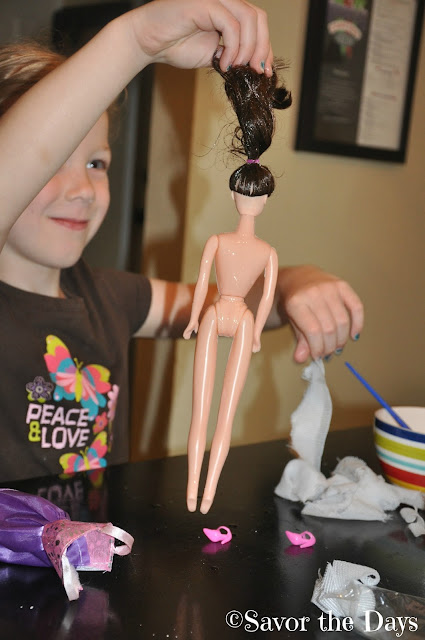 Then they wrapped them in bandages! 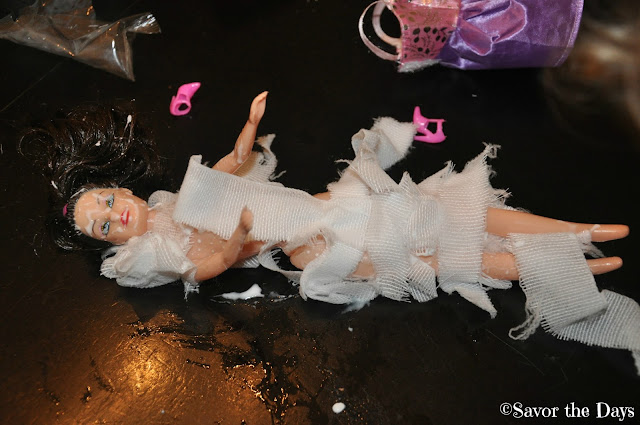 They did neglect one important step of the Egyptian mummy process.  They did not remove the brain from their noses or put their other organs in canopic jars!  But they were quite pleased with the mummies anyway. 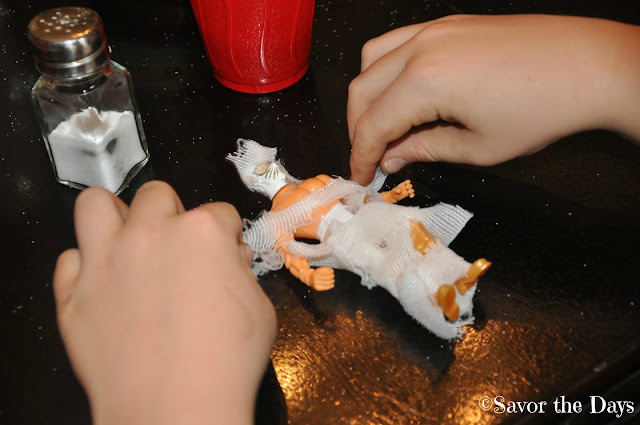 They even painted sarcophaguses for their mummies. 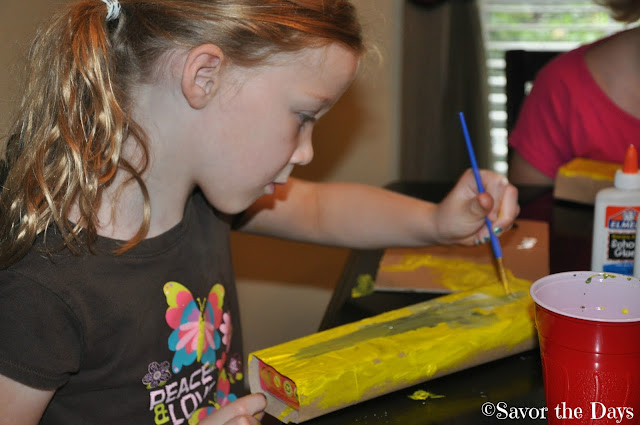 It's fun doing school projects with our friends! 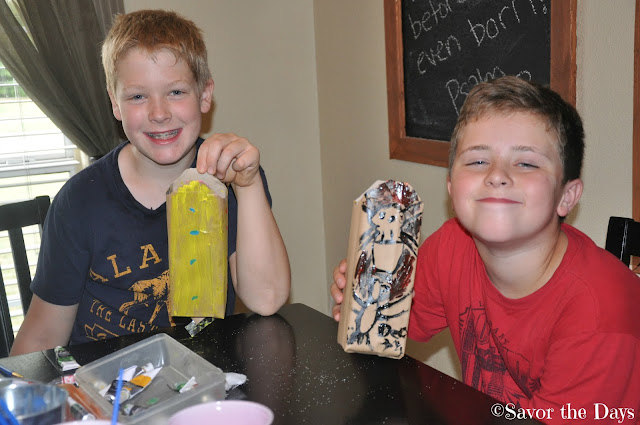 Next we gave the kids plaques made from Plaster of Paris for them to etch and paint tomb paintings on like they might find in an ancient pyramid.  I made these by simply pouring the Plaster of Paris in a styrofoam tray like the kind you might get deli meat or sliced fruit in at the grocery store. 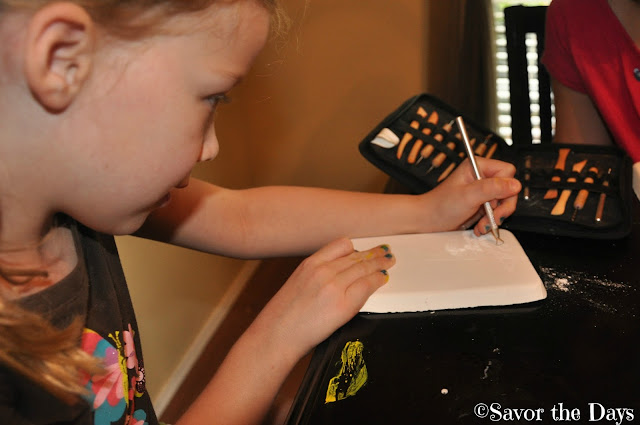 They first etched their drawing with some clay tools that I have. 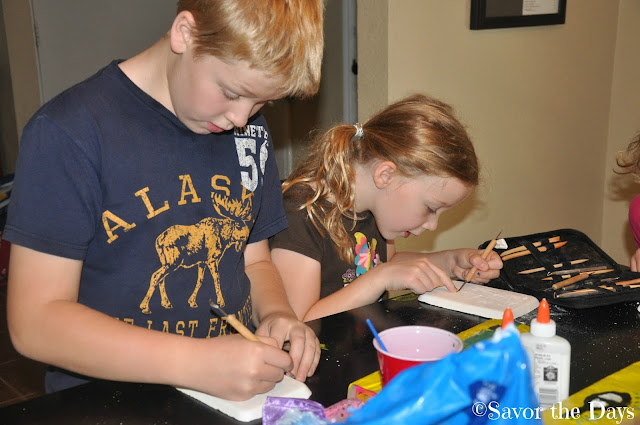 Then they painted their plaques. Nicholas put a map of the Nile River on his tomb painting. 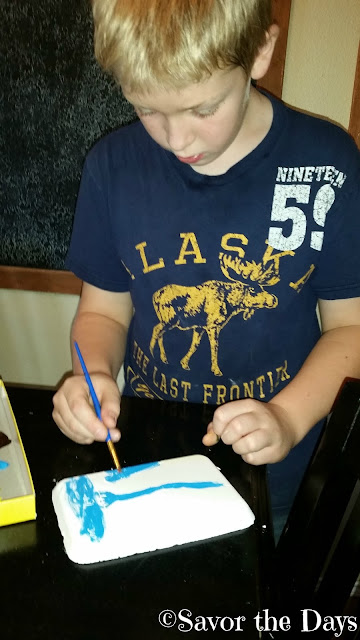 The kids have learned about how the Israelite slaves had to make mud bricks for the Egyptians. It was hard and messy work. But our kids loved trying it out for themselves.

I found an small inflatable pool which is hard to do in the fall when stores are no longer selling summer items. We broke up about 2 pounds of clay and let it soak in water over night. I may have made a mistake in letting Rachel add the water to the clay because it seemed to be a little heavy on the water.

The kids got in the pool and squished the clay into smaller pieces and mixed it all up with their bare feet. Eww! 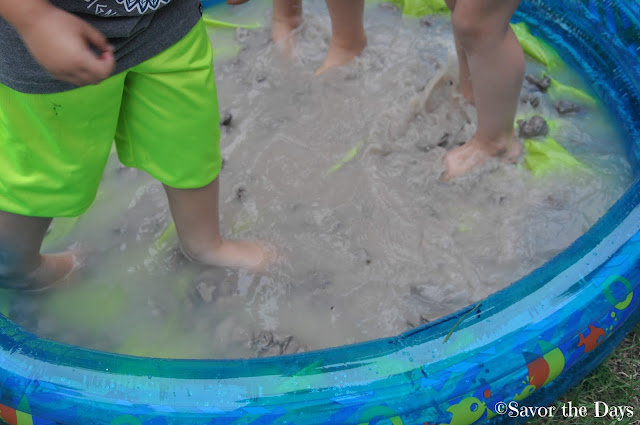 Next they added the straw.  The straw was an important ingredient to help hold the bricks together.  This week the kids read about how pharaoh would punish the Israelites by not providing them with the straw they needed and forced them to harvest their own straw and still make the same amount of bricks that they had before. 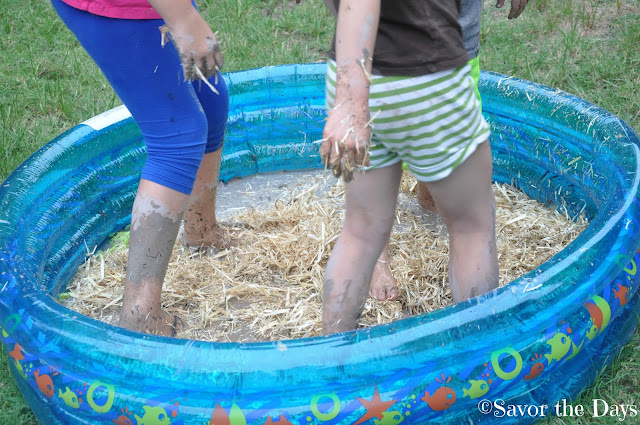 Some of the kids were less enthusiastic about the messy project than others. 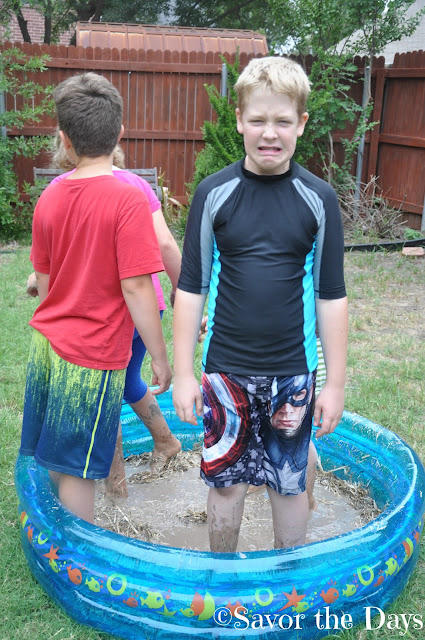 Water, clay, and straw...all mixed up.  And a few messy kids in the batch too! 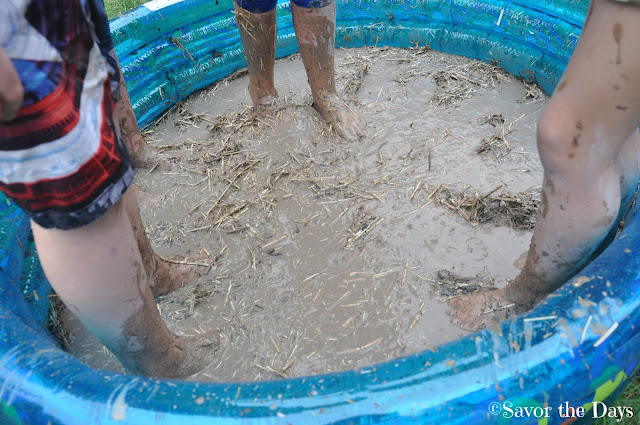 They added the final ingredient, sand, and continued mixing it all up. As we were planning this project, I knew we would need some way to mold the mixture into bricks. I thought the rectangular boxes that butter comes in would be perfect. So I stocked up! Fortunately butter freezes well and we won't need to buy anymore for the rest of the year! 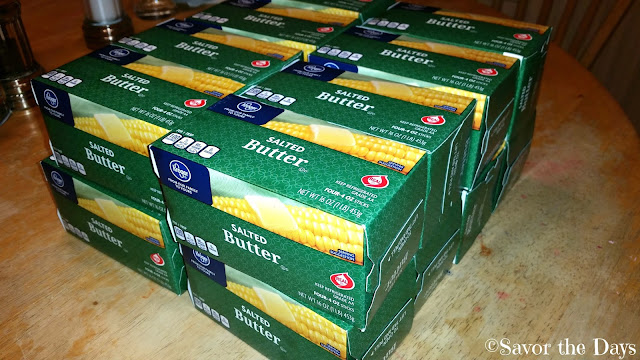 The butter boxes turned out to be a great size and the kids worked together to hold the boxes while another one filled it with the slurry. 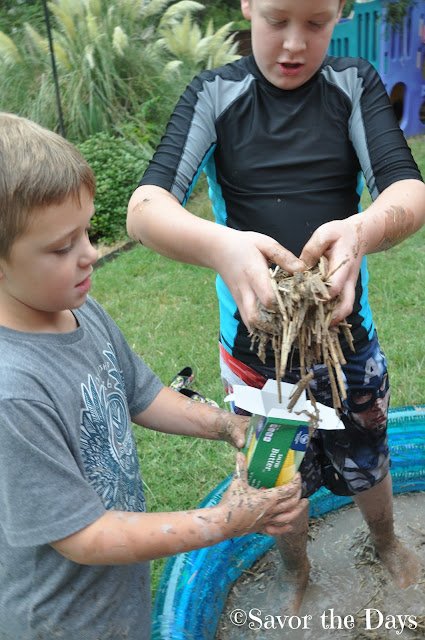 Eventually the boys moved on the light saber battles but the girls got even dirtier as they sat down in the mixture and continued to make the mud bricks!  That is the totally opposite way I had expected this to go! 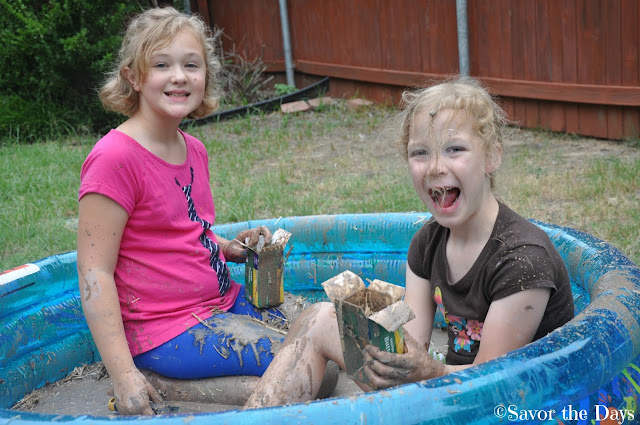 We finished filling all of the butter boxes that we had and sprayed the kids off with the garden hose.  What a fun way for the kids to immerse themselves in what it was like to be an Israelite slave in Ancient Egypt.

It took several days for the mud bricks to dry but eventually we got to unmold them. 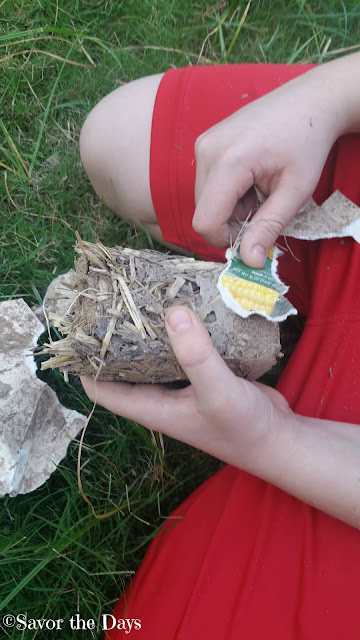 They were a bit rough looking but the definitely could be used to build something in the desert. 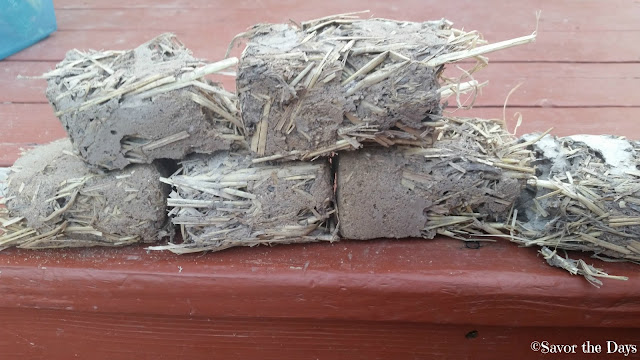