Rachel has had a wiggly bottom tooth for a couple of weeks now.  Of course, she has been playing with it and trying to make it fall out so the Tooth Fairy will come visit her.

Yesterday she went into the bathroom and a few minutes later she excitedly announced that her tooth had come out!  I tried to get a picture of the moment but by then she was upset because she saw a little bit of blood in her mouth. 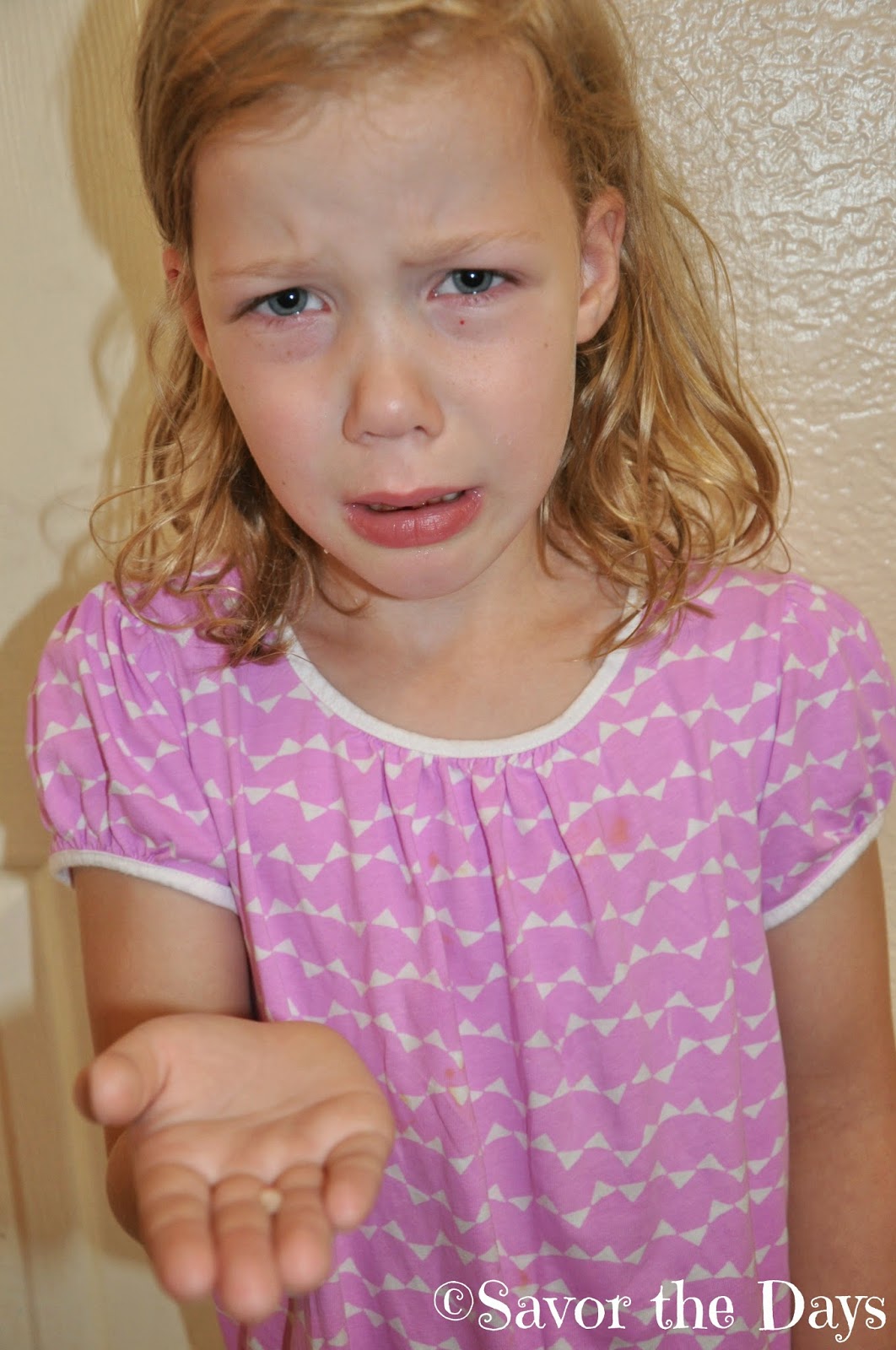 Her mouth really didn't bleed much at all but it was startling for her (even though we had warned her that there might be some blood).  She tried to smile to let me see the empty space but then she started whining again.  You can probably see from the picture below that her permanent tooth has already grown in behind where the baby tooth was.  Yes, we see braces in her future :( 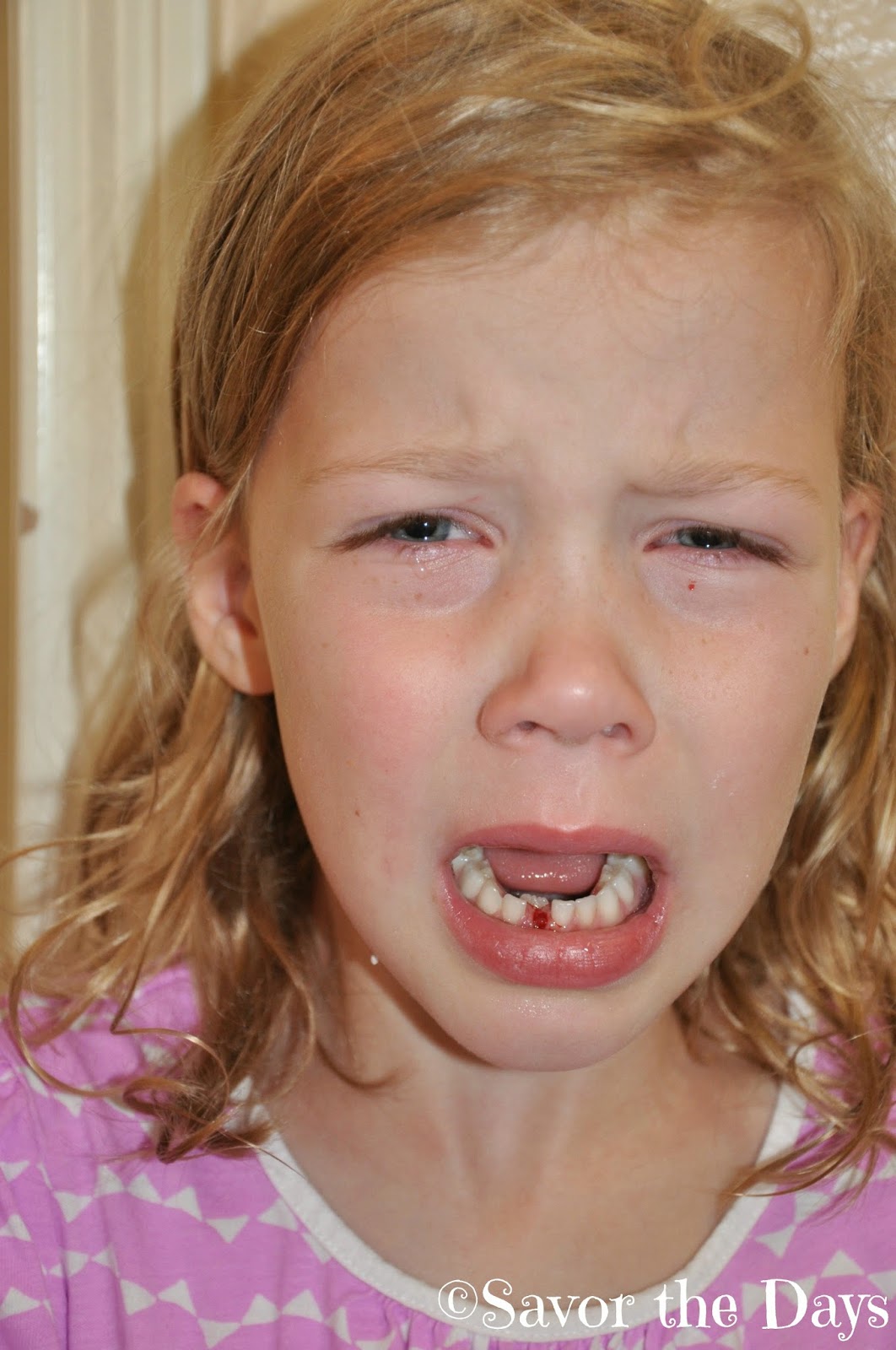 Here is Rachel's first baby tooth to come out!  I put it in a little baggie for her and she quickly ran upstairs to put it under her pillow.  She was so excited about the Tooth Fairy! 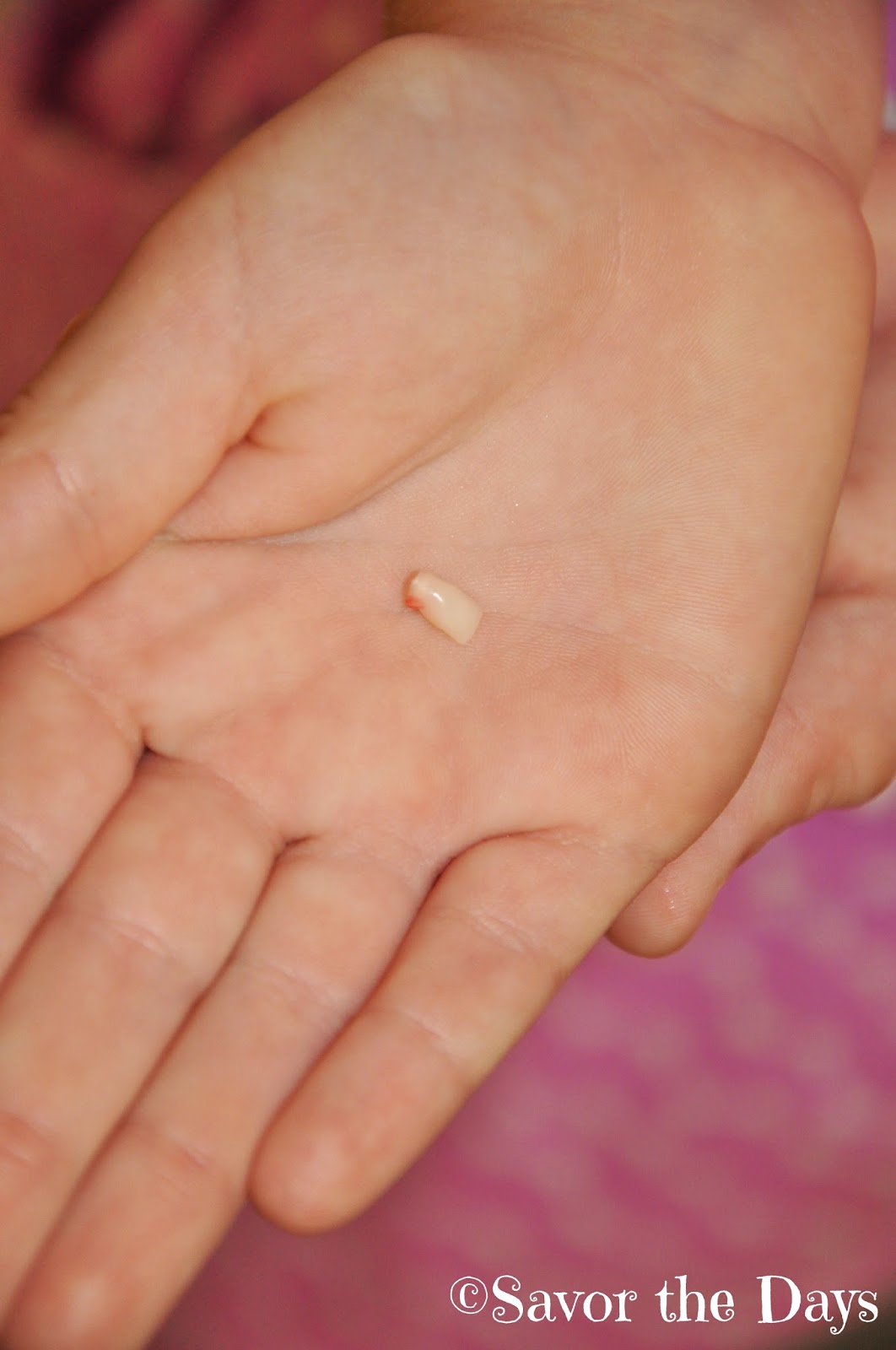 And the Tooth Fairy didn't let her down.  She woke up this morning to find a dollar bill under her pillow and Fairy Dust sprinkled all over her floor. 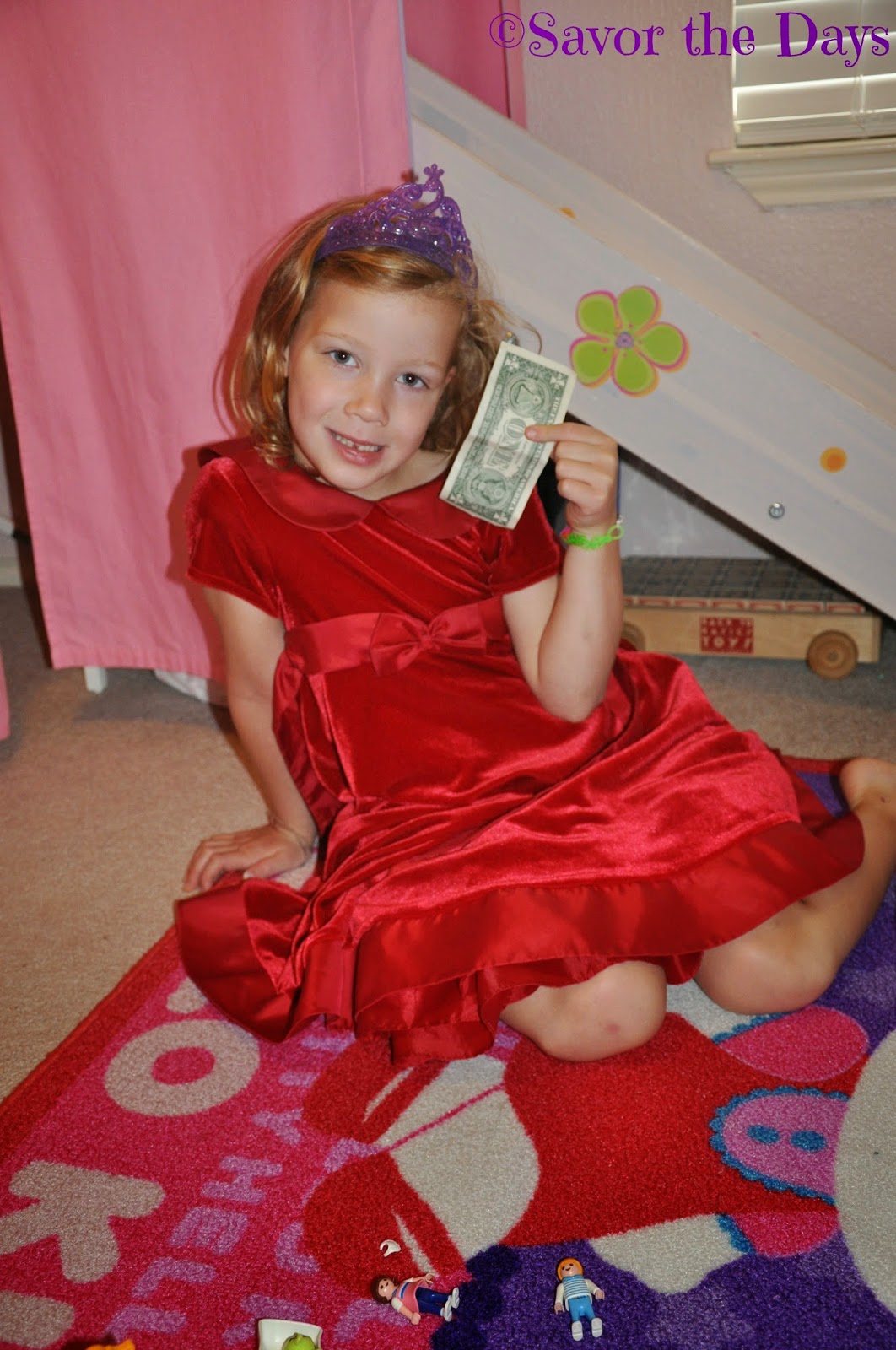 Rachel has a favorite dress that she has been saving to wear on her birthday.  But this morning she put it on along with her purple tiara.  She said she was wearing it because it is a special day because she lost her tooth and the Tooth Fairy came.  So cute!
at June 29, 2014
Email ThisBlogThis!Share to TwitterShare to FacebookShare to Pinterest
Labels: at home, milestone, Rachel