Keeping it simple, are you?  Thanks!

Rachel helped me mix up the cake batter.  When coloring cake batter, you have to be sure to use a white batter.  A pale yellow or ivory color will mess with your color blending a little because it will add a yellow tone to your results.

We divided up the batter into thirds.  One bowl Rachel colored pink and another she colored purple.  We just used some basic Better Crocker gel coloring.  Only a few drops of color were really necessary but to Rachel "more is better".  The third bowl we didn't color.  We decided to leave some cupcakes white with white icing for the silly boys who seem to be allergic to the color pink and won't have anything to do with it.

Next I took the pink batter in one hand and the purple batter in the other and poured both at the same time into each cup so the cupcakes would be half pink and half purple.  It turned out fine but I realized that I'm not nearly as coordinated in my left hand as I am my right.  I don't know how my ambidextrous children do it! 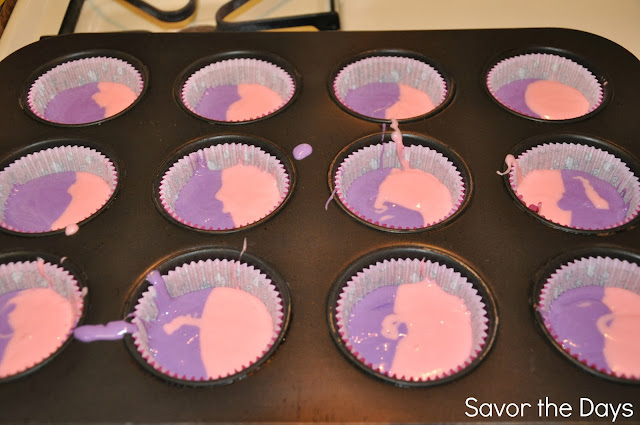 We baked the cupcakes according to the directions and let them cool.  Oh my!  The cooling process must have been the longest 15 minutes in Rachel's life!  She just wanted to get out the icing.  "The icing, Mommy!  Can I please open the icing now?"

She did a great job of icing the cupcakes and then sprinkling them with shimmering pink sprinkle flakes.  I opened up the Hello Kitty candies and plopped one down on a cupcake to show her what to do next.  My little Martha Stewart corrected me and said that the Hello Kitty shouldn't just be flat on the cupcake.  She should be sitting up!  So she fixed the one I had done as an example and then completed the rest of her cupcakes in the same way. 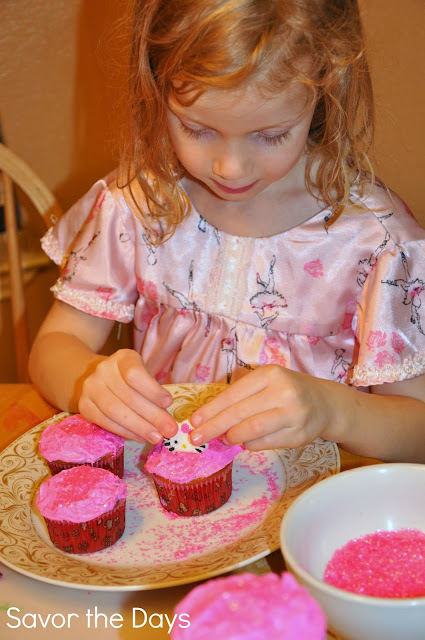 She added some Hello Kitty picks and I must say that her way is so much cuter! 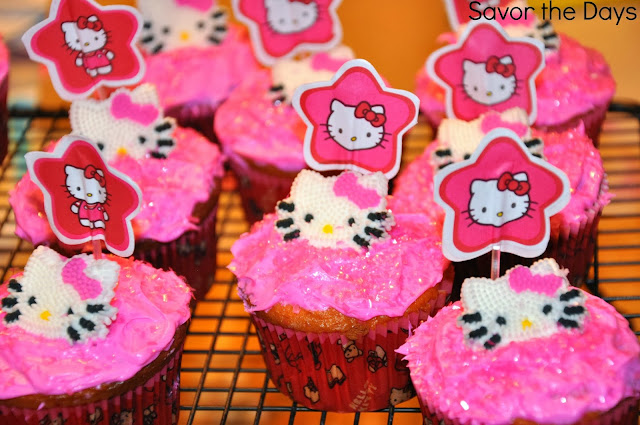 at October 20, 2013
Email ThisBlogThis!Share to TwitterShare to FacebookShare to Pinterest
Labels: at home, birthday, food, Rachel