Hockey season is over. I'm bittersweet about it. It is time consuming with 1-2 practice sessions per week and 1 game per week. But we've made some great friends and had a lot of fun. I'm going to miss seeing everyone over the summer....although we might let Nicholas sign up for the summer league.

The team had an end of the season party on the ice today. They had some drill competitions with the team. 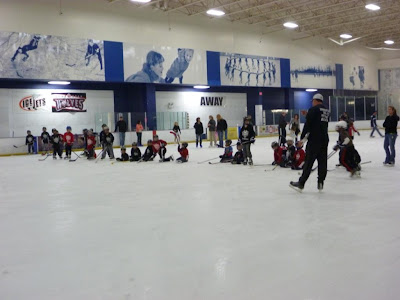 And family members could just skate around for free. I tried to skate but the rental skates were just too painful on my feet so I had to take them off and watch from the sidelines.

The Zamboni piled the scraped ice into a big pile so the kids could climb around and play in the "snow". Rachel had fun for about 5 minutes then decided it was too cold to roll around in that stuff. So Stuart just skated around with her for a while. 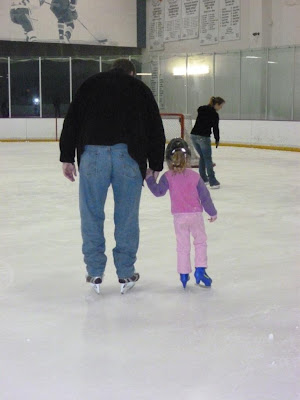 She does well with Stuart but doesn't skate far before she's ready to take a break and get off the ice. 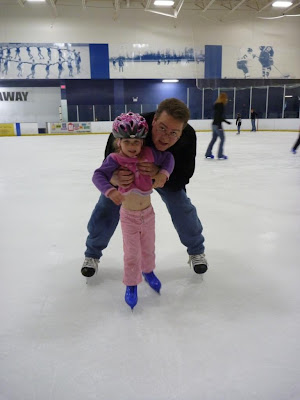 We found the treats table. It had already been ravaged by the hungry boys but Rachel still found plenty of yummy things to chose from. 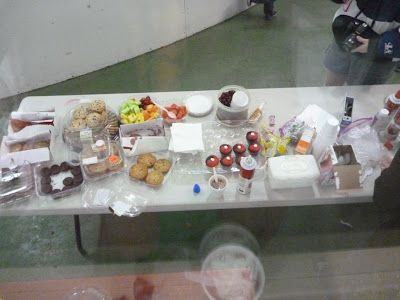 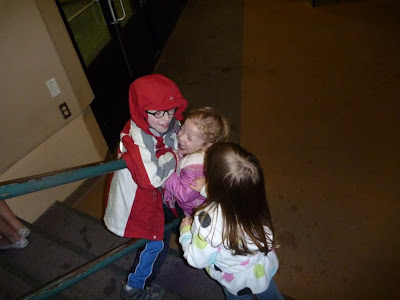