Chimney {Elf on the Shelf}

Chimney is the name for our Elf on the Shelf.  He appears in our home once the Christmas tree is up.  He quietly watches us, listening for gift ideas to tell Santa.  Once we are in bed, he flies back to the North Pole to rest and talk with his elfin buddies.  The next day when we awake Chimney is back and hiding in a new place.  Rachel loves to hunt for Chimney each morning.

Rachel and her friends had been at our house making homemade Christmas cards for children who would be in the hospital over Christmas.  She had left out some of their card making supplies along with a card that she made for Chimney.  The next morning, she found Chimney had played with the Christmas stickers overnight! 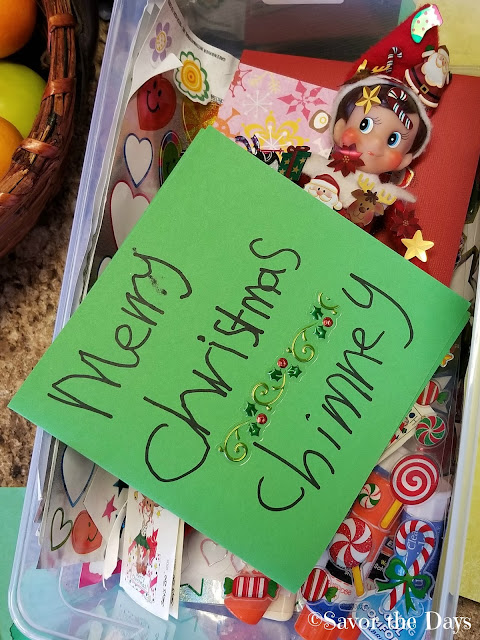 The next morning she found him still covered with a few stickers but taking what looks like a nice hot tub bath in the crock pot. 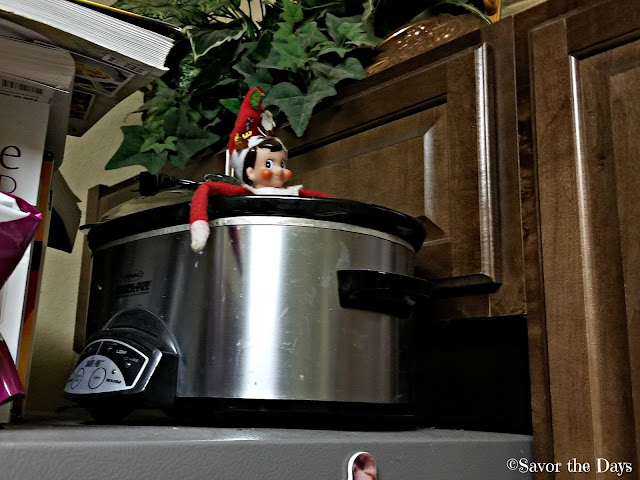 We had been to a Christmas party one night and I had worn a Santa hat which I just tossed on my desk when we got home.  The next morning Chimney was found snuggled down inside it. 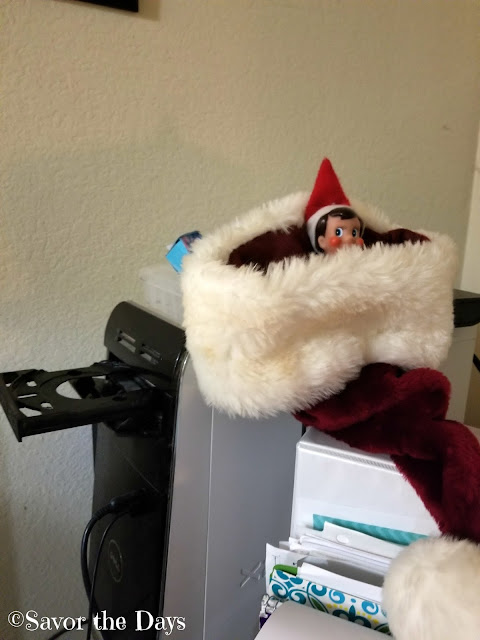 Rachel loves it when Chimney hides in her room.  On this morning she found that he had carried her slipper to the top of her bookcase and hidden in it.  Silly elf! 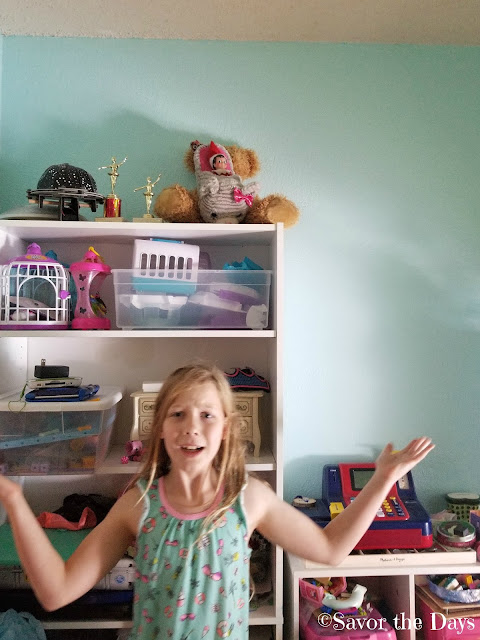 Elves love toys so it was no surprise that one morning we found that Chimney had built himself a house out of MagnaTiles. 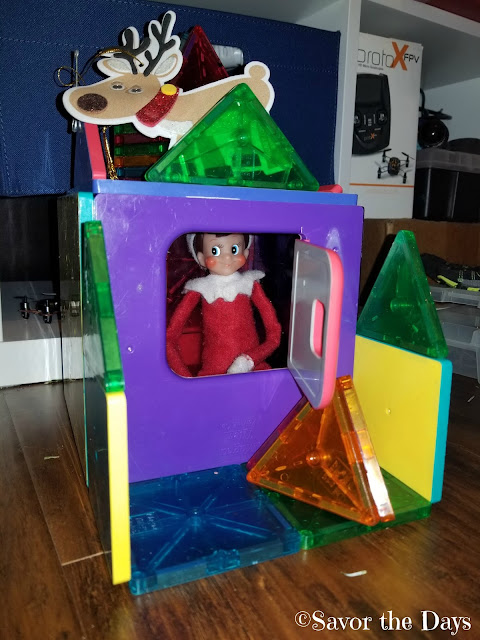 That night Rachel left him a treat to enjoy before he headed back to the North Pole. 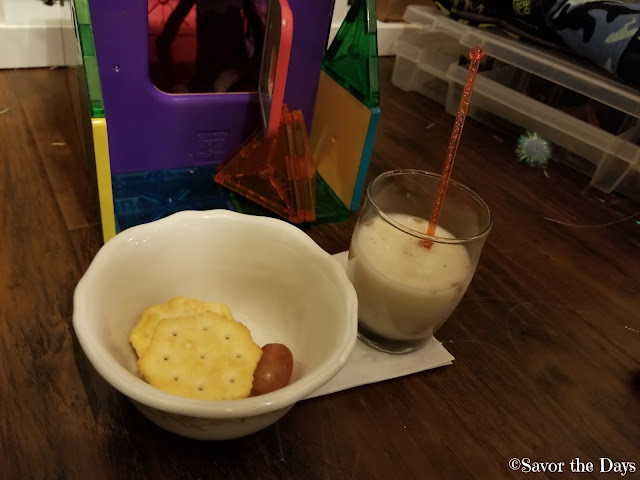 One morning we found him hiding in Nicholas' LSU hat. 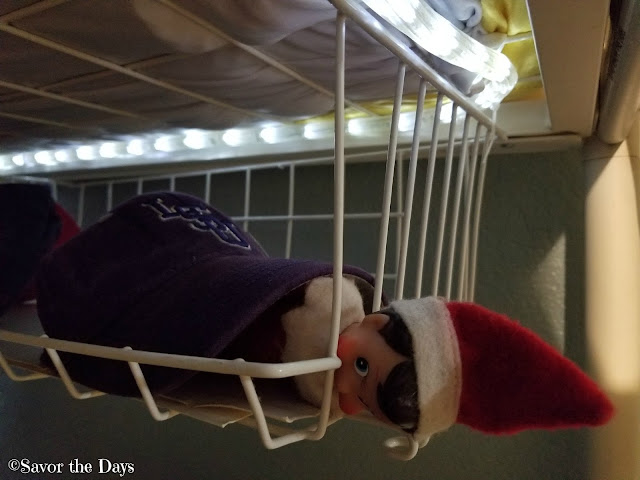 Sometimes Chimney likes to study up on his history.  Ancient Greece must have interested him on this trip because we found him hiding in the Spartan helmet that Rachel made when we studied ancient times in school. 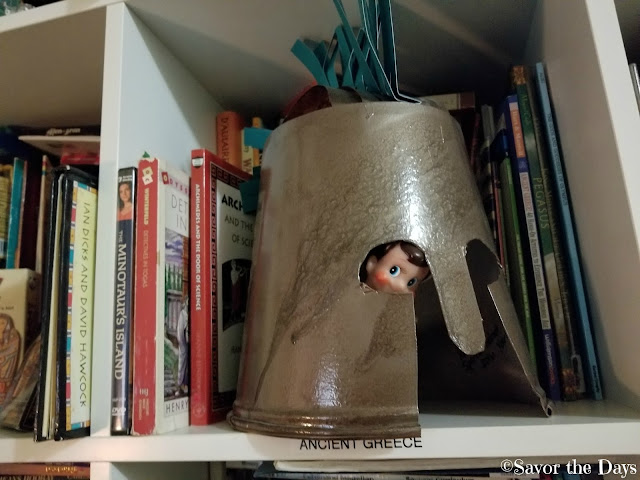 He was hard to find the morning he hid by the red yarn by the sewing machine because it was a little like camo for the little guy. 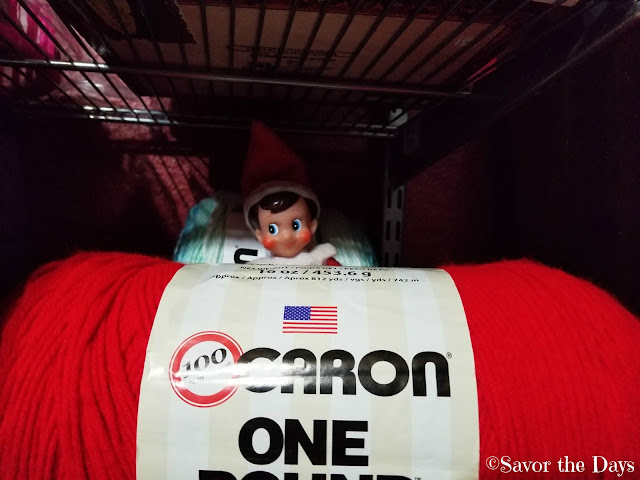 He must have practiced some sailing skills as we found him hiding in the little sailboat on the shelf in our bathroom. 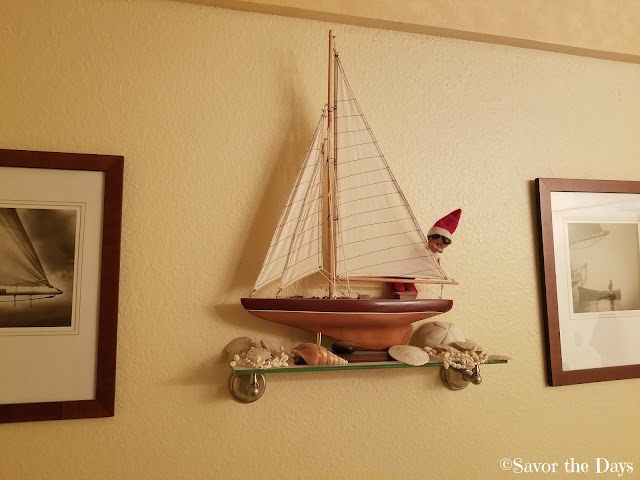 Elves can be mischievous.  One morning the kids found that he had wrapped toilet paper around their bathroom!  Can you find him? 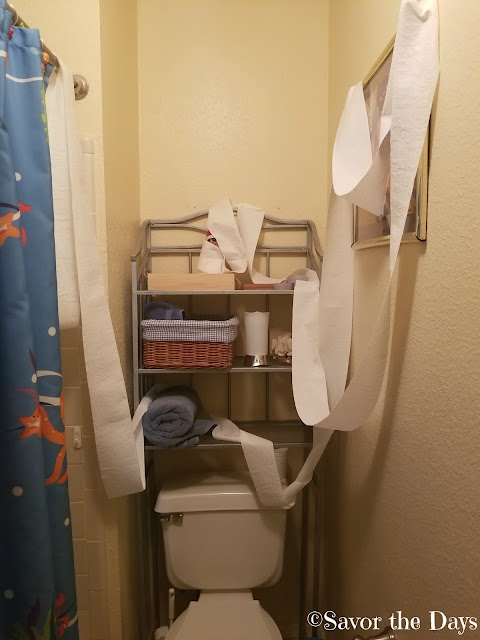 There he is wrapped up in toilet paper! 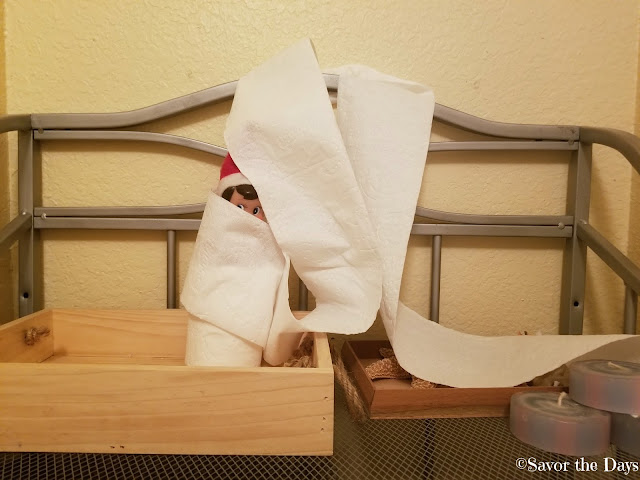 The sweetest time was when we found him watching over Baby Jesus in our nativity scene. 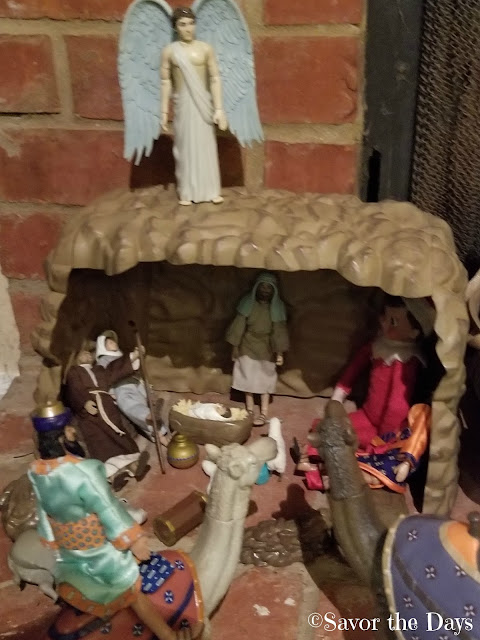 Amazingly, Chimney finds us even when we travel and stay in a hotel.  On Christmas Eve, Santa comes to deliver presents and he will hop in the sleigh and ride back with the big guy and we won't see him again until next year.
at December 22, 2017
Email ThisBlogThis!Share to TwitterShare to FacebookShare to Pinterest
Labels: Christmas, Rachel