My mom was diagnosed with Stage IIIC ovarian cancer in early winter 1997. I remember I had been happily wrapping Christmas presents when I learned the news.  The tumor was found on a routine exam.  She had not noticed any symptoms but the tumor was the size of a baseball.

There are only a few noticeable symptoms of ovarian cancer.  According to the National Ovarian Cancer Coalition, the most common symptoms are:

Other symptoms of ovarian cancer can include:
Too often women don't pay attention to these symptoms and as a result, ovarian cancer is often not diagnosed until it is already in the later stages. My mom's tumor was quite large when it was discovered and had already started to spread to surrounding tissue.  She was given a 35% chance of surviving 5 years.  I am so happy to say that this year will mark her 20th year of being cancer free!

September is Ovarian Cancer Awareness month so the National Ovarian Cancer Coalition has a 5K walk each year in September to raise awareness and funds for research in the field of ovarian cancer.  I have participated in their walk a couple of times in the past.  In 2007, Mom had been cancer free for 10 years and I made up shirts for Nicholas and me to wear to celebrate her. 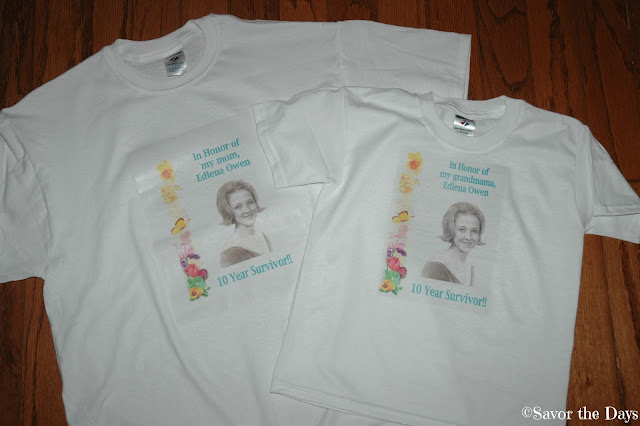 Nicholas was only 3 years old at the time.  Look how little he was!! 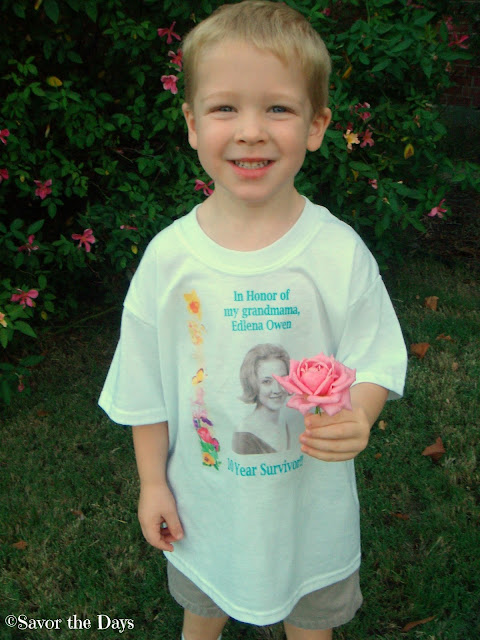 Nicholas was dancing and skipping and playing along the whole route but he completed the walk just fine.  He has always been a little ball of energy.  It was fun having him along to celebrate mom with me.  The shirts were extra special because not only were we celebrating Mom but I had not realized what a blessing and hope they would be for survivors there who saw them.  I had several women come up to me and talk to me about the shirts and how excited they were to hear how well mom was doing after 10 years. 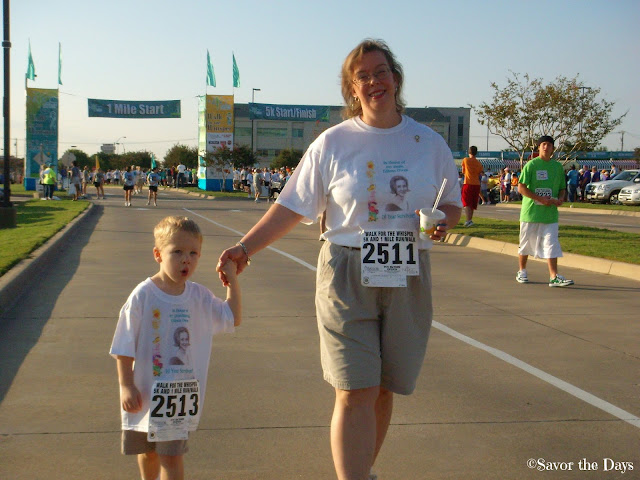 Life has gotten busy and I haven't participated in the walk in 10 years.  But with this being mom's 20 year anniversary, I wanted to be sure to honor her in any way I can so I signed up to participate in the 5K walk again.  Stuart and Nicholas already had a commitment for the day of the walk but Rachel and I were excited to participate.

I had planned to make new shirts for this walk and I bought the same t-shirt iron on transfer paper that I used last time.  But when I started to print my graphics on the paper, I realized that it wouldn't work.  The transfer paper will only work with prints from an inkjet printer and we now have only a laser printer.  A laser printer's ink is more permanent on the page so it will not transfer to the shirt when ironed.  I got in touch with a company that prints shirts but it was too late to get my custom order made in time.

I was sad but then Stuart saved the day.  He suggested that I just use the shirt I had made 10 years ago and update it to read "20 year survivor".  It was a brilliant idea!  It took me quite a while to figure out where I had put the 2 shirts but I finally found them.  I was amazed that Nicholas' shirt fit Rachel just fine.  But she suggested we make them a little fancier so I sewed on a teal tutu to the bottom on the shirts to match the color theme for ovarian cancer awareness.  I found some embroidered teal iron on numbers to add the "20" and then just used a black Sharpie marker to draw a line through the "10". 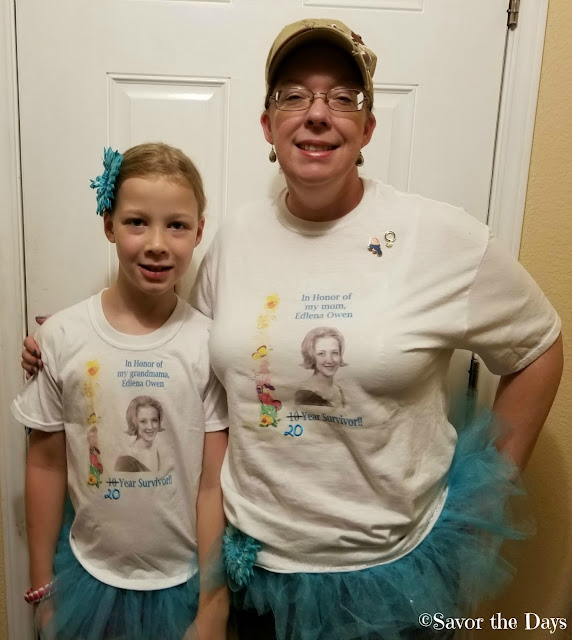 We updated the back of the shirt too. 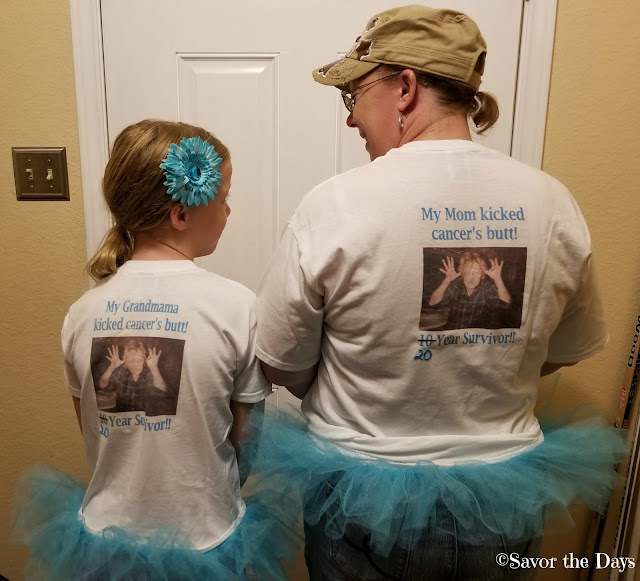 The back of the shirt is always everyone's favorite. 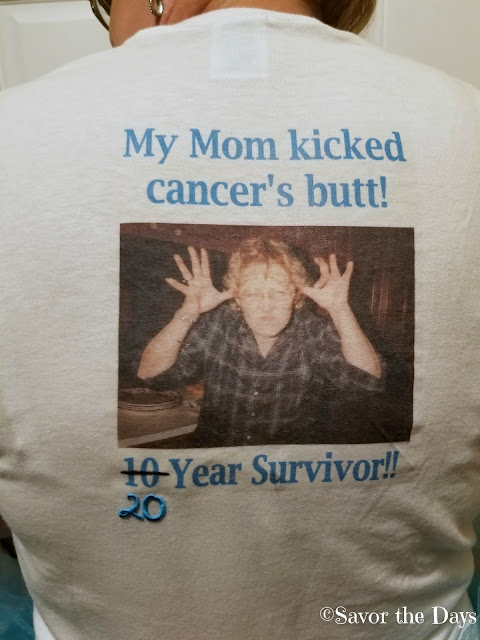 We got up really early on Saturday morning to make it to Lone Start Park in Grand Prairie where the walk was taking place.  We were decked out in our shirts and even had matching teal nail polish! 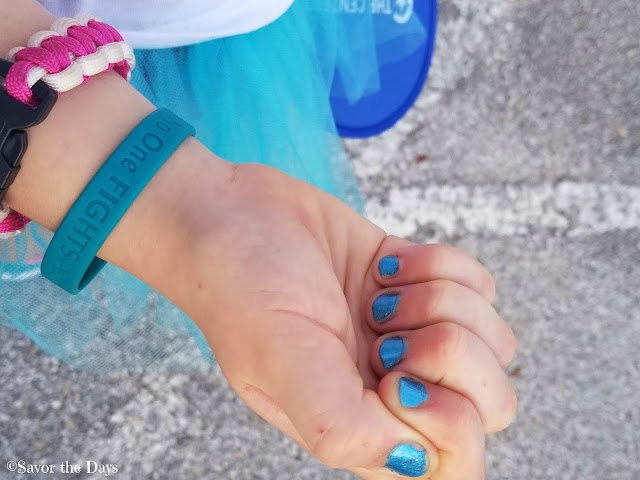 We each received a shirt for the walk.  You wouldn't believe how many black t-shirts I already have but this one is special to me. 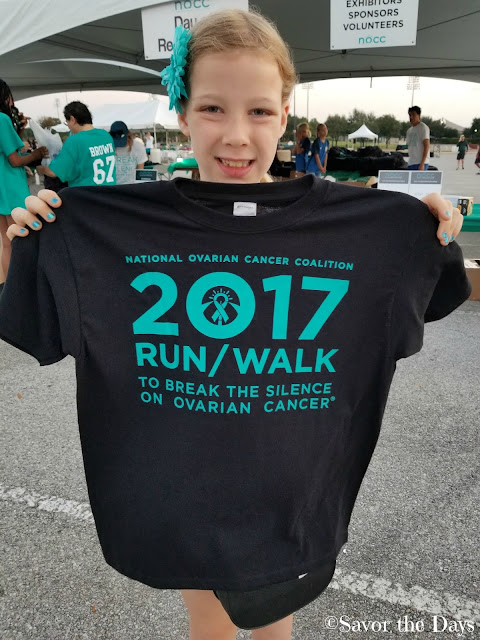 We had time to wander around before the walk began.  A lady offered to take this picture of us.  Thank goodness because I hate taking selfies! 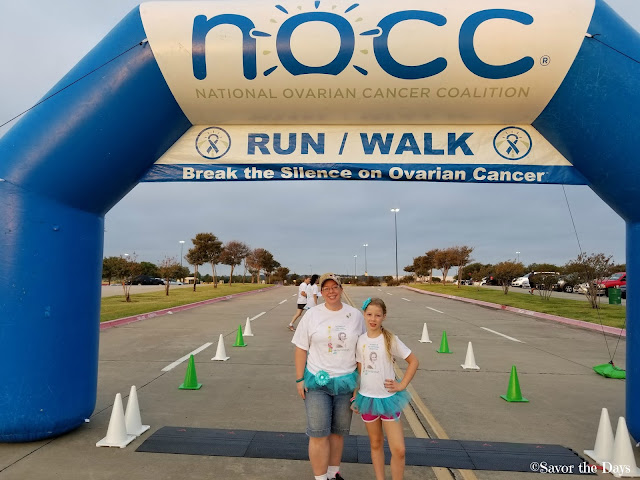 There was a beautiful Corvette all jazzed up to promote ovarian cancer awareness.  On the trunk was a tribute to their loved one who was lost to ovarian cancer. 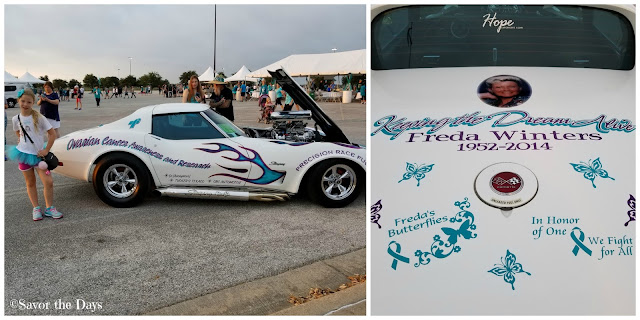 There was also a boat sponsored by the National Ovarian Cancer Coalition.  How does one go about getting a sponsor deal like that? 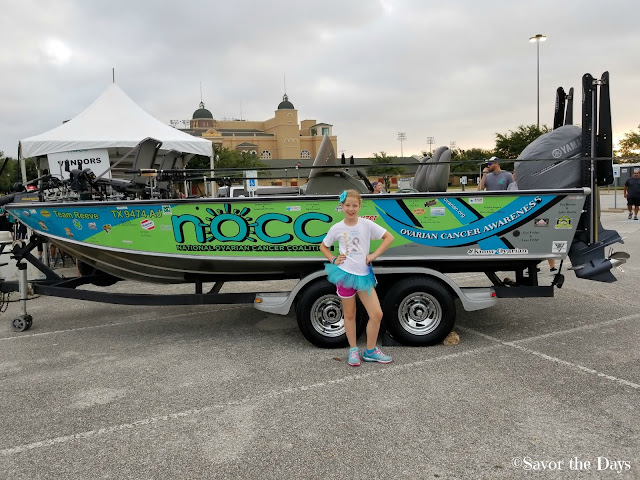 There were snacks and cold water for everyone.  I think this was Rachel's favorite part. 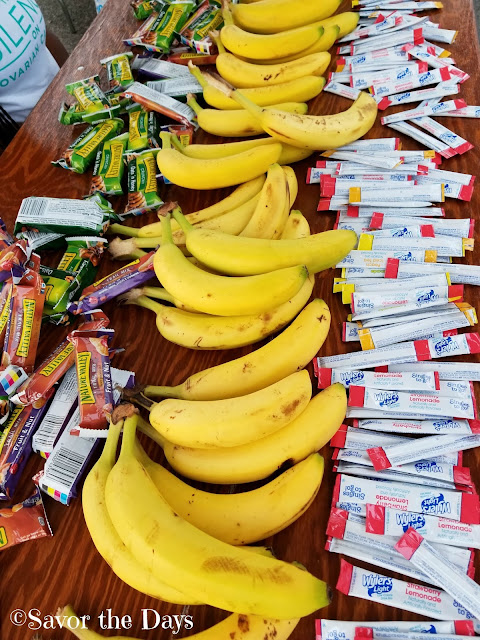 There was a good sized crowd and the weather was perfect. 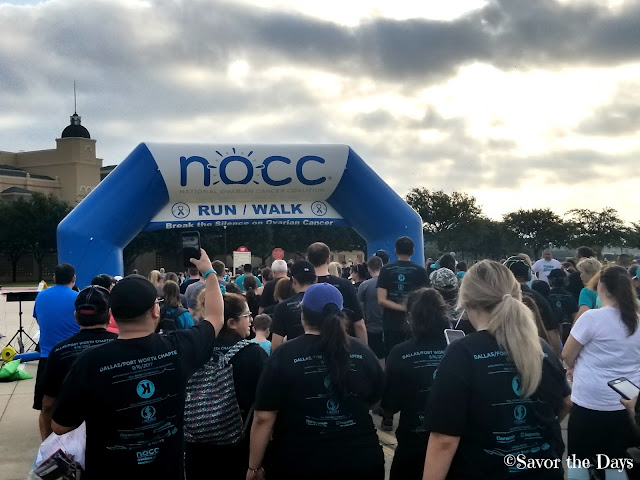 Rachel and I talked for most of the walk.  It was fun having her with me..... 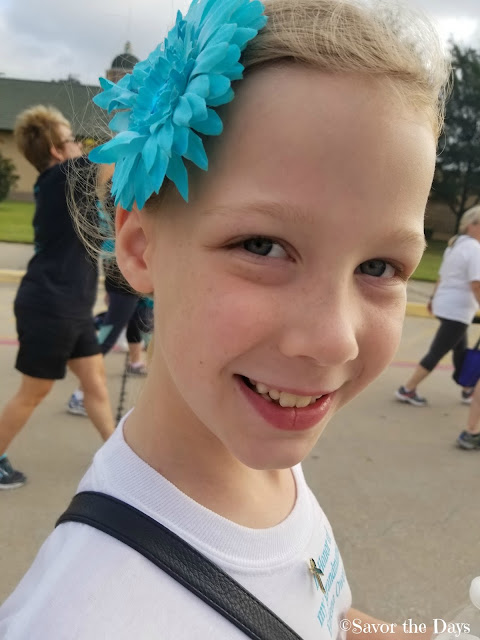 ....until she decided I wasn't moving fast enough for her.  She then turned into a stinker and started running up ahead of me and taunting me to catch up with her. 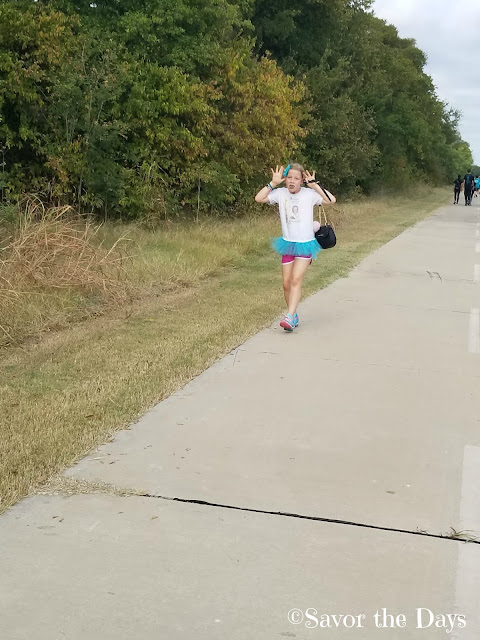 We had a good time on the walk and we were happy to help support the National Ovarian Cancer Coalition to raise funds for ovarian cancer research and promote awareness to women of what symptoms to be on the look out for.  For more information on ovarian cancer, please check out the National Ovarian Cancer Coalition website at http://ovarian.org/index.php.
at September 17, 2017
Email ThisBlogThis!Share to TwitterShare to FacebookShare to Pinterest
Labels: family, health, Rachel