I'm so excited about studying Leonardo DaVinci during our Renaissance study.  What an amazingly complex man he was! He is known for paintings, sculptures, flying machines, war machines, human anatomy research, mathematics, and more.

We started the morning with some fun.  Grandmother had given Nicholas the book, "Leonardo and the Flying Boy" many, many years ago.  We got it out and let Nicholas read it aloud to Rachel.  Nicholas has always liked the story and enjoys acting silly while he reads.  Rachel loved it! 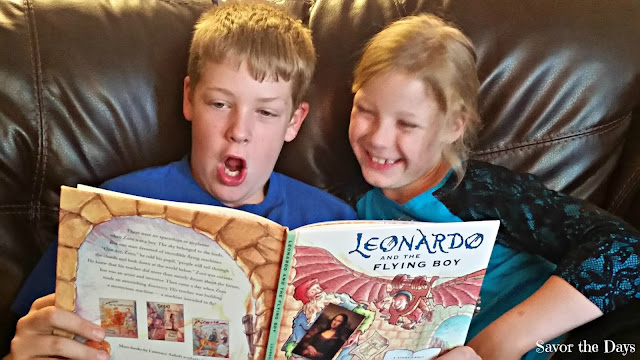 I found this book on DaVinci that included model pieces to build 4 of his creations.  My kids love hands-on activities like this.  I love that everything they needed was included! 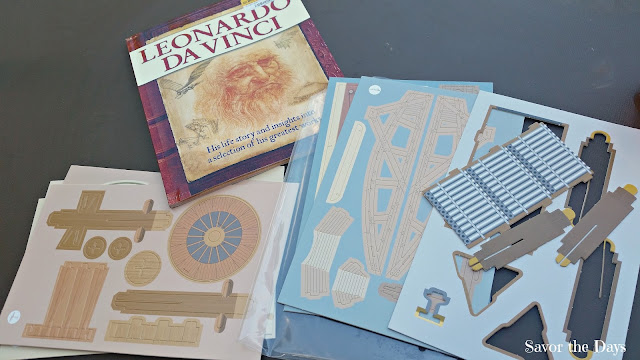 Nicholas chose to make the 33-barrelled gun.  It has 3 rows of 11 guns each that could all be loaded before going into battle.  Each row could be fired then rotated around so that the next row of 11 guns was loaded and ready to go.  The whole contraption was on wheels so it could be moved around the battlefield.  He enjoyed pretending to shoot at his little sister.  Phew phew! 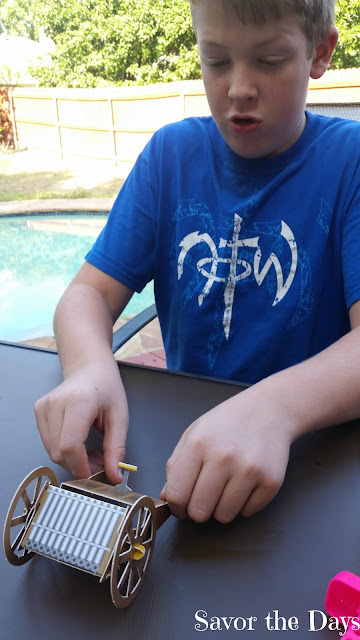 Nicholas wants to be a Care Flight helicopter pilot someday so it was only fitting that he also chose to build DaVinci's helicopter. 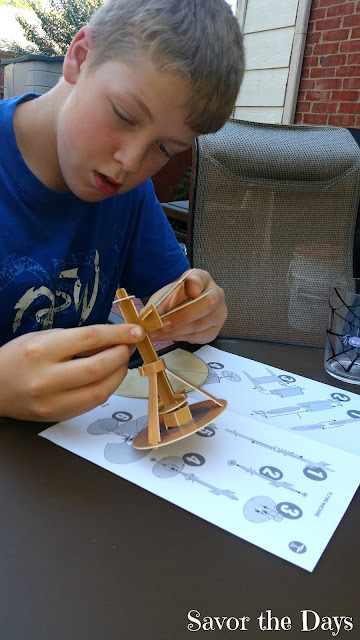 DaVinci designed this helicopter but did not build it.  Scientists who have studied DaVinci's design plans believe that it would have been too heavy for flight.  It would have been made of linen, reeds, and wire.  The screw would compress the air which would then propel the helicopter into the air. 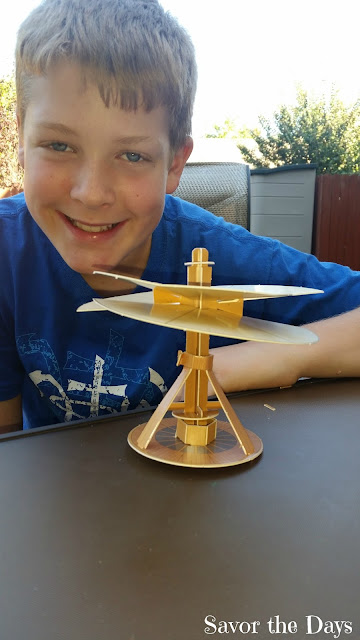 Rachel built the model of DaVinci's Revolving Bridge. She wanted to make a video so she could explain it herself.


She also made a model of the Vitruvian Man. 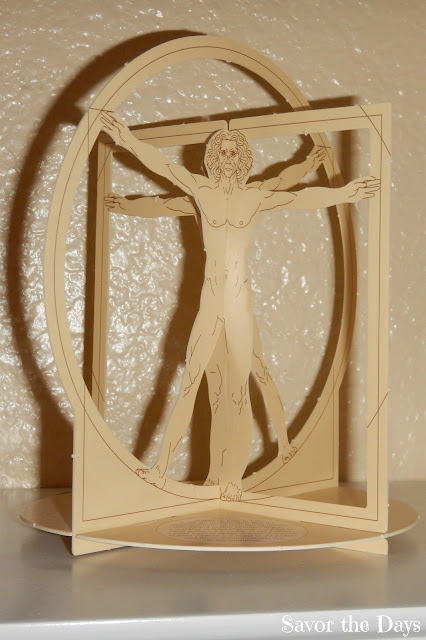