A Birthday Party for a Princess {Medieval Times}

Rachel doesn't mind getting grubby and climbing trees but she is all princess at heart.  So what better birthday party for her than a princess party and a trip to Medieval Times!

She had to have a small guest list which was really, really, REALLY hard for her.  She is blessed to have so many wonderful friends in her life. 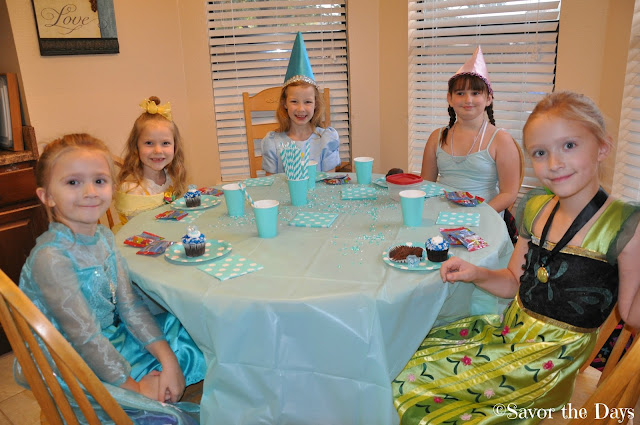 The girls giggled (*a lot*) and sang Happy Birthday to Rachel. 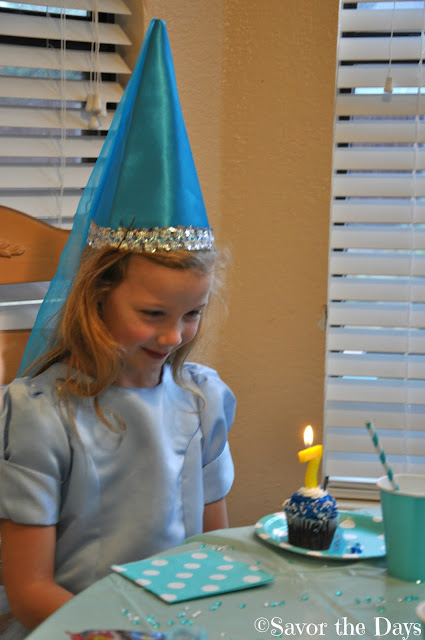 As always, Rachel ate just the frosting off the top of her cupcake.  She never even took a bit of cake! 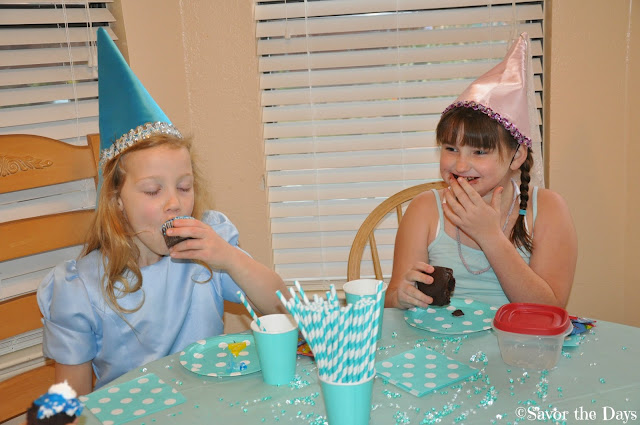 There was much more giggling and pointing when everyone realized that the blue frosting turned everyone's mouths blue! 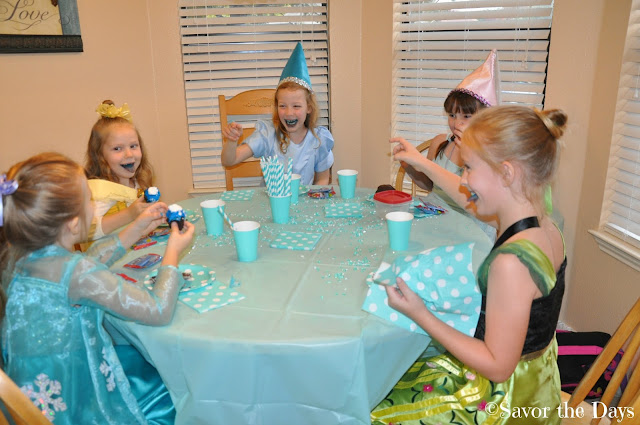 Finally, everyone made their way into the white chariot outside and were whisked away to the Dallas castle. 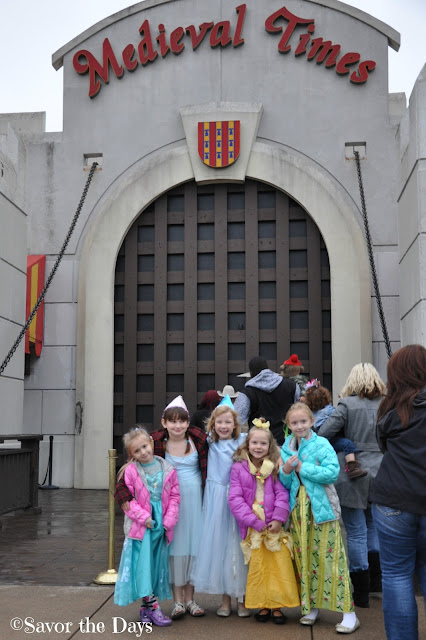 Instead of goody bags, everyone got their own light up princess wand.  What good is a princess without a light up wand, right? 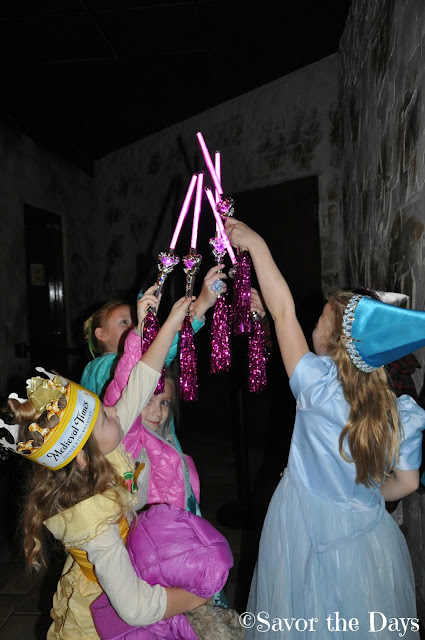 We made it to our seats and the giggling and silliness continued.  They are so cute! 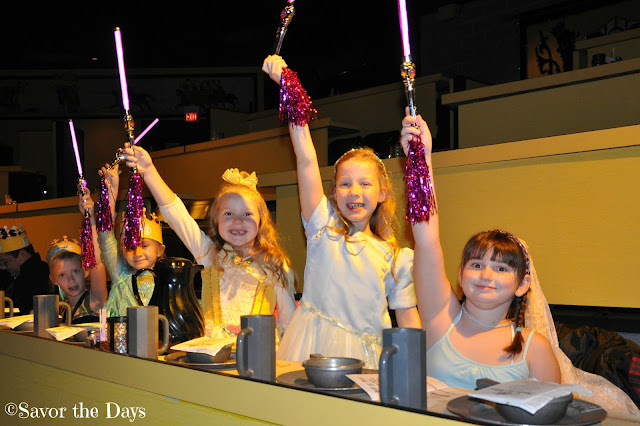 We were seated in the yellow knight's section so we cheered for him throughout the tournament. 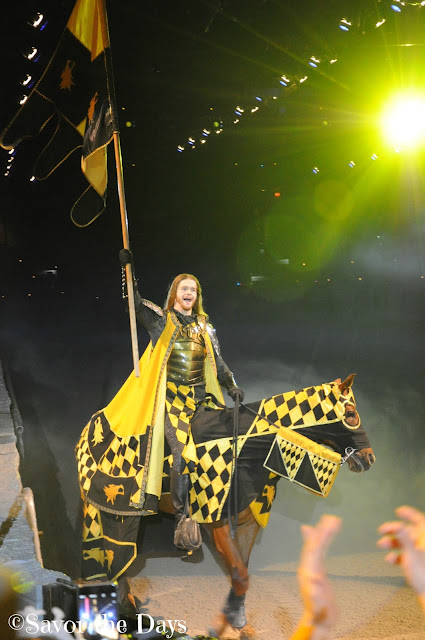 The King and his court rode out to greet us. 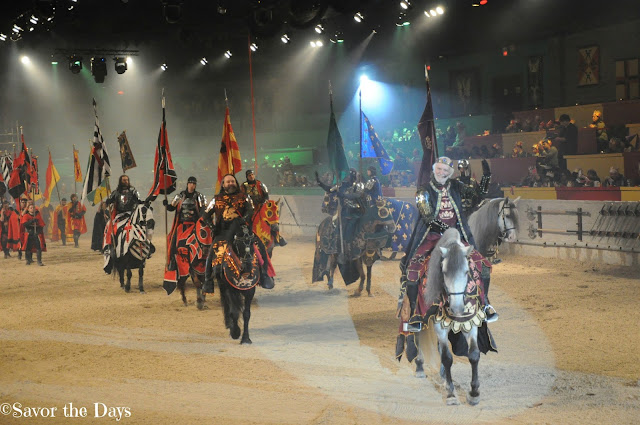 Dinner began.  There are no utensils provided at Medieval Times.  It's all finger food!  We watched great performances in the arena while we ate.  Then each of the knights rode out to their section.  They kissed a flower and threw it to a girl in the seats.  Rachel knew exactly what was about to happen and was the first to jump up, ready to catch that flower! 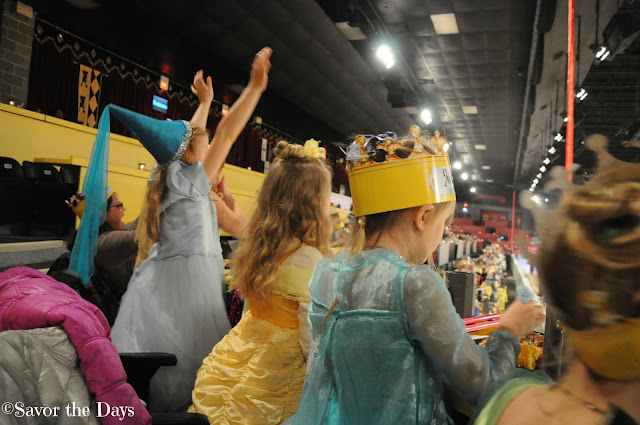 A flower for the princess!  At least two other girls in our group also caught flowers from our knight.  And our server gave each of them a flower as well. 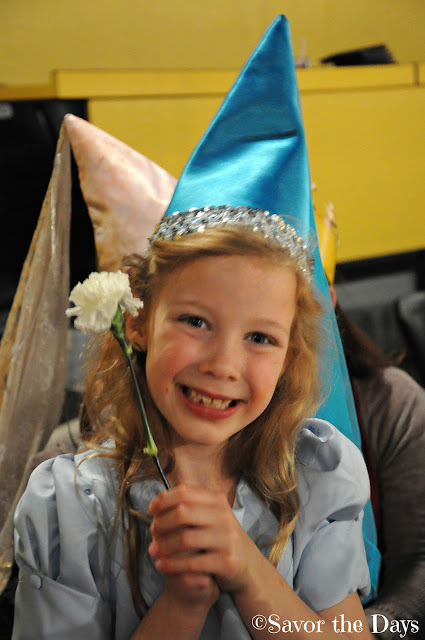 Before the tournament began, the King read aloud some special greetings.  Rachel was excited to hear the King welcome her by name and announce her 7th birthday to the crowd.

We watched medieval fights with swords, axes, and shields.  It is always exciting to watch. 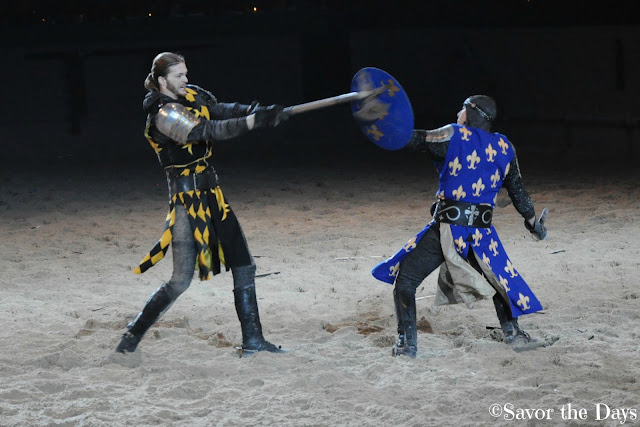 Rachel is just like her Mommy.  Always taking pictures.  During the show, she asked for my phone so she could take pictures of the show herself. 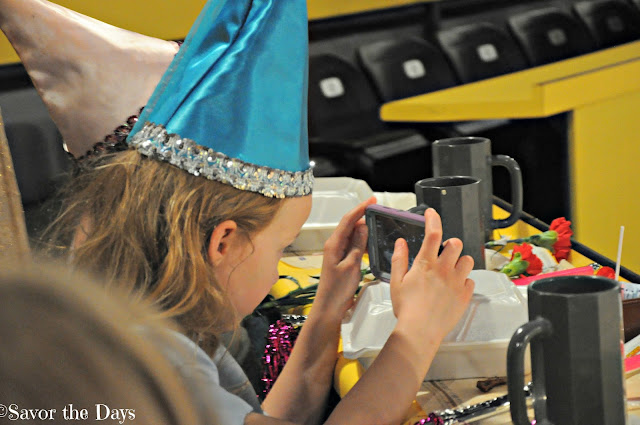 It was a wonderful afternoon and the girls all seemed to have a great time.  We headed back to Rachel's castle where she opened presents and more giggling and silliness ensued while the girls waiting for their moms to arrive to pick them up.  Rachel said it was the best birthday party EVER!
at November 30, 2015
Email ThisBlogThis!Share to TwitterShare to FacebookShare to Pinterest
Labels: birthday, Rachel