The kids are so excited to have their grandmother come to visit them and watch them in their play, Beauty and the Beast Jr.  She almost didn't make it though.  Because of the snow and ice, her flight for Saturday morning was cancelled and no other flights with that airline were available.  I tried to find some flights with other airlines but no luck!  Then Steven checked Southwest.  Yay for Steve!  He found a flight for her that involved an hour drive to get to a different airport to take off and about an hour drive for us to pick her up at a different airport once she arrived but it all worked out!  She made it for Saturday afternoon!!

The kids were already at the theatre when she arrived.  Stuart picked her up and they spent the afternoon at Dallas Makerspace where Stuart made her models of the Eiffel Tower and Louvre Pyramid on their 3D printer.

Stuart and his mom came to the theatre for the Saturday evening performance.  I'm so glad she got to see them perform in person. 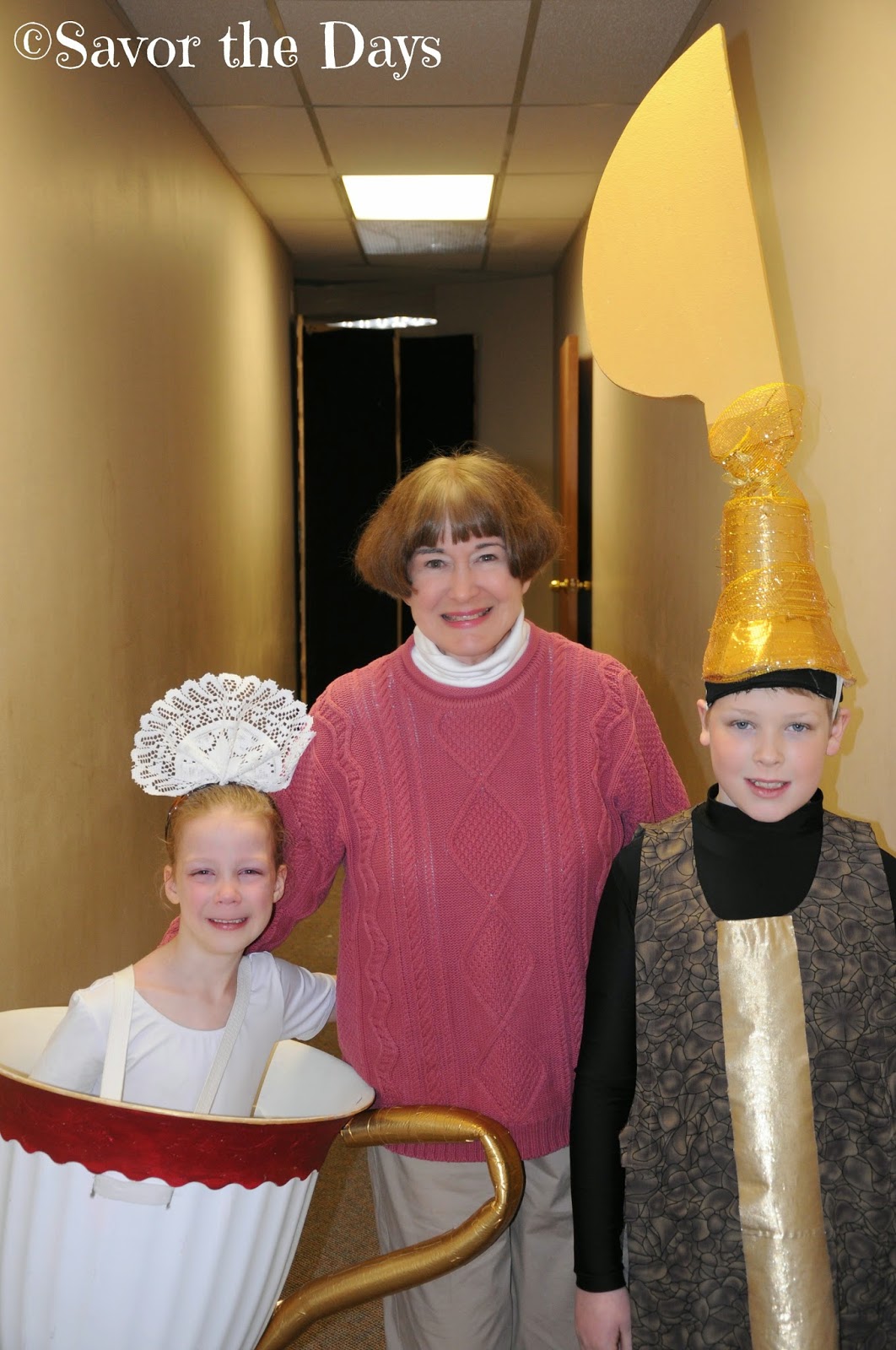 We all watched the Sunday show as well which was the final performance.  It's always a bittersweet performance.  The set of the Beast's library contained books that incorporated the name of each actor in them.  We had already seen Nicholas' books but we finally found Rachel's book! 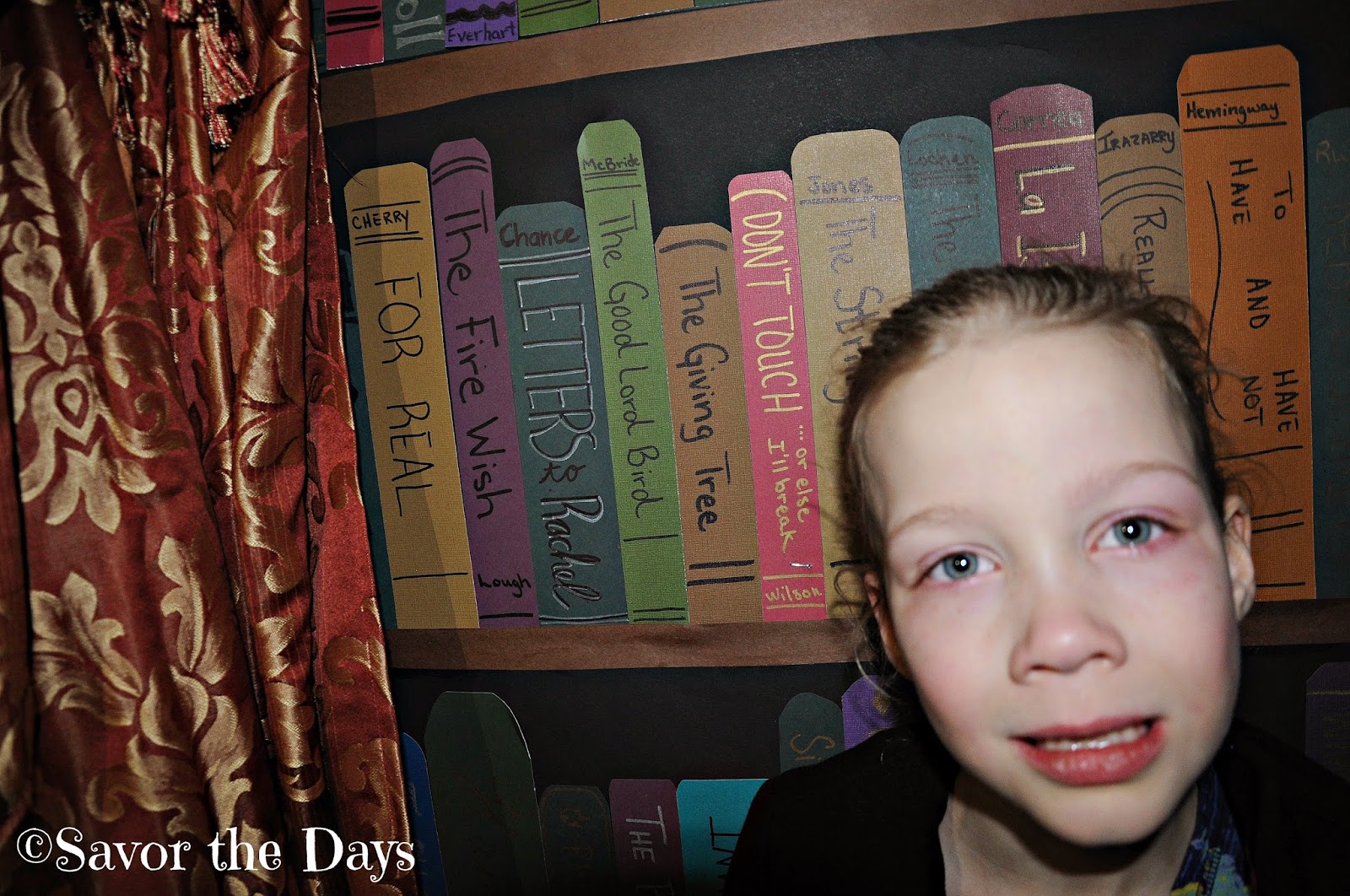 The kids enjoyed taking their grandmother around to do fun things but I think they most enjoyed the down time with her at home.  She is always great at getting down on the floor and playing with their toys.  And she's pretty good at their favorite card game too - Spot It! 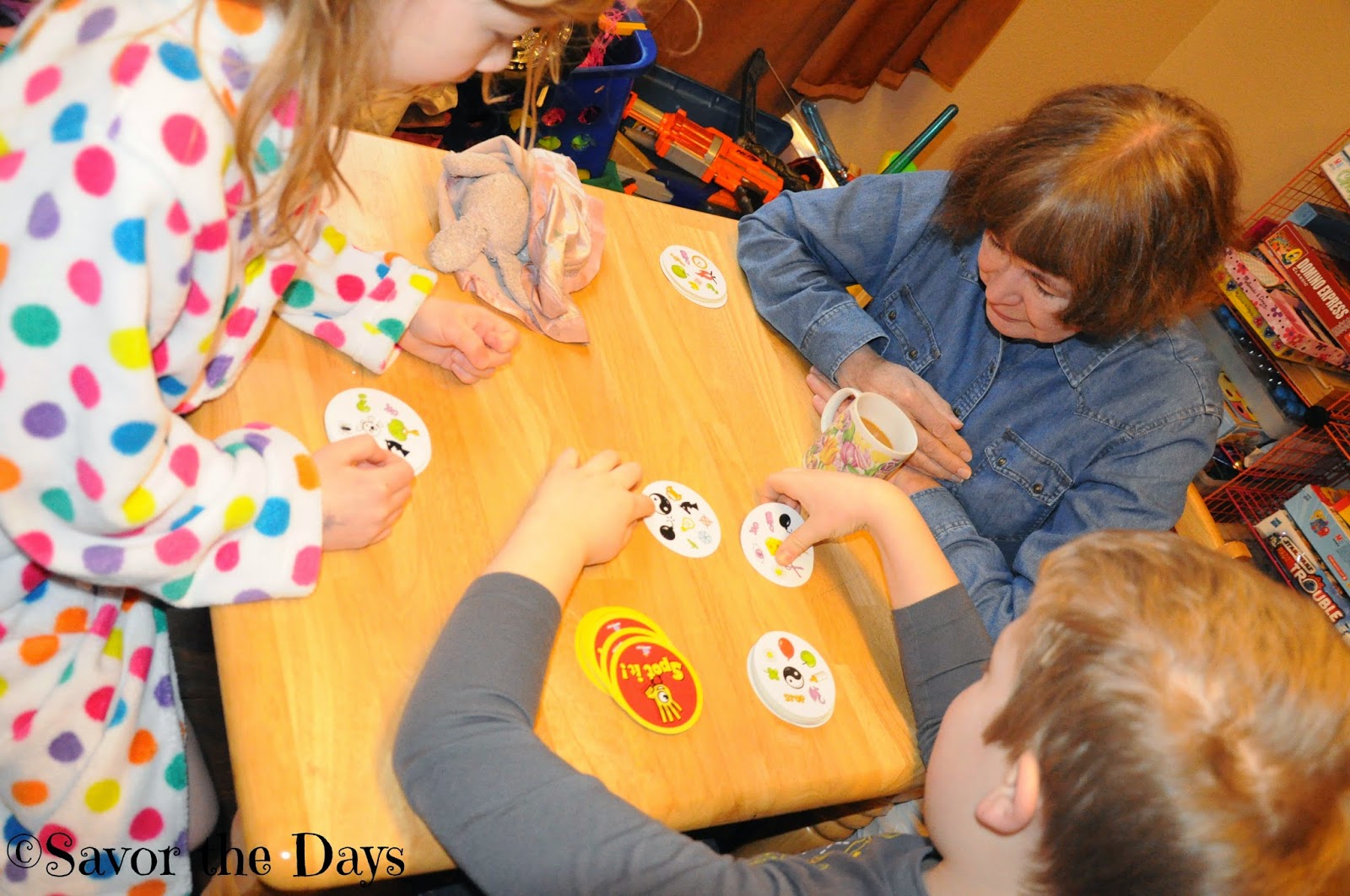