Tour of the MCL Grand Theater

Both kids are taking homeschool classes at the School for Dramatic Arts at the Actors Conservatory Theatre.  Rachel is taking Imagination Station II and Nicholas is in Introduction to Theatre.  Today all of the classes got together for a tour of the MCL Grand Theater in Lewisville. We viewed some mixed media art work in the hallway.  Since Nicholas is always catching bugs in jars, I fell in love with this piece called Turned Tables.  So creative! 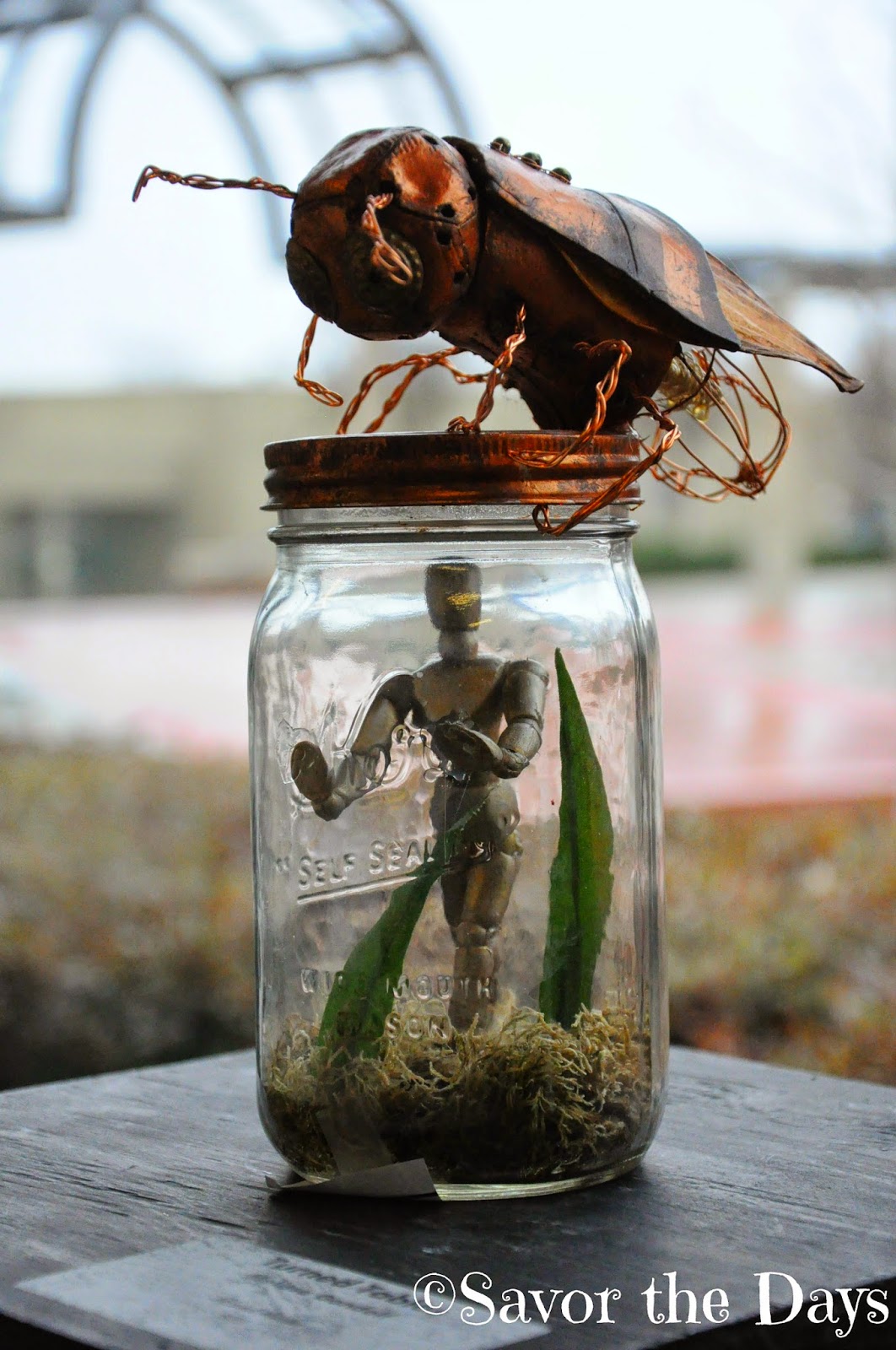 In the painting gallery, Rachel picked the Roadrunner as her favorite piece. 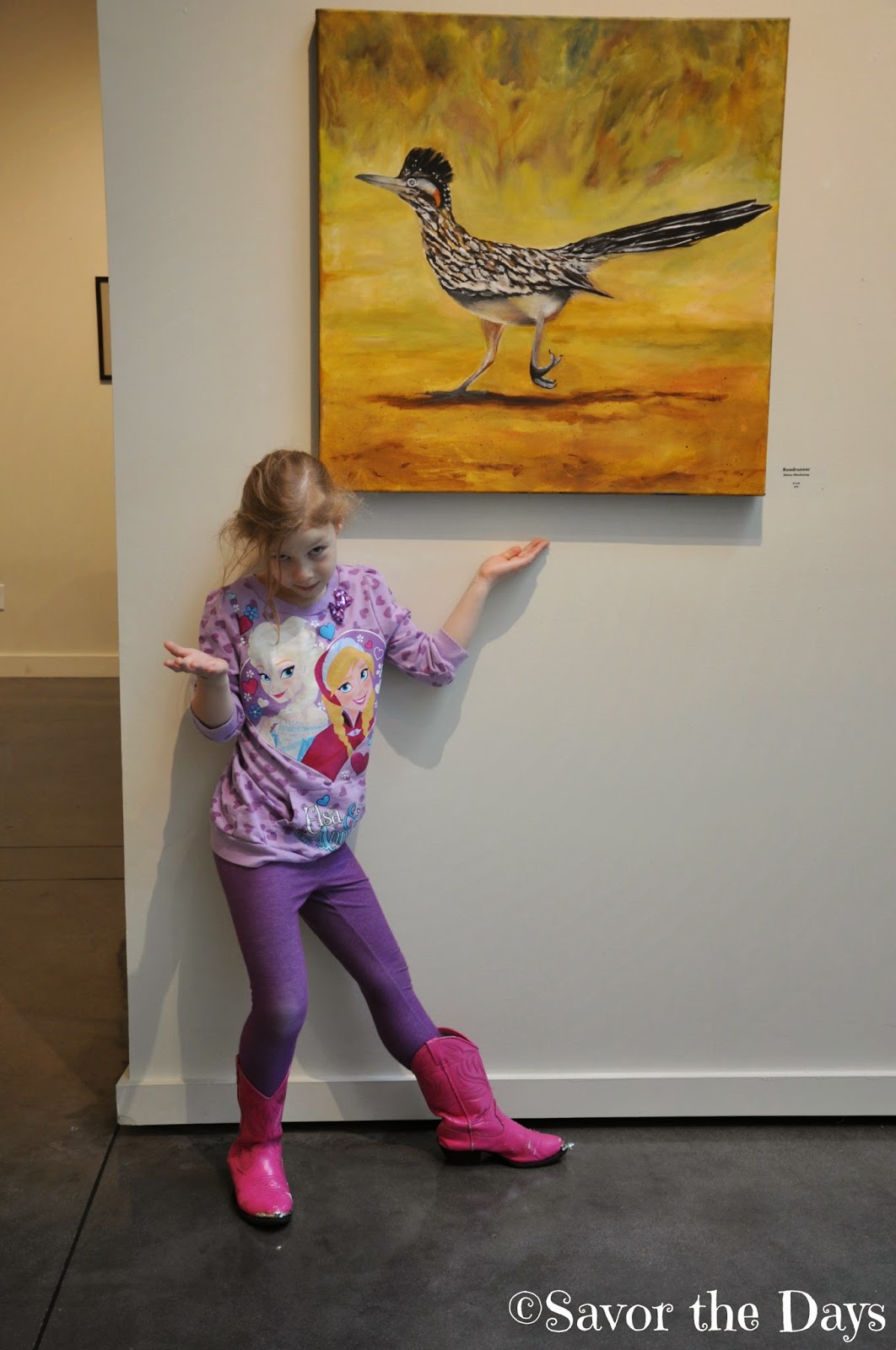 Nicholas liked this painting of a tree from the perspective of someone looking up from the ground. 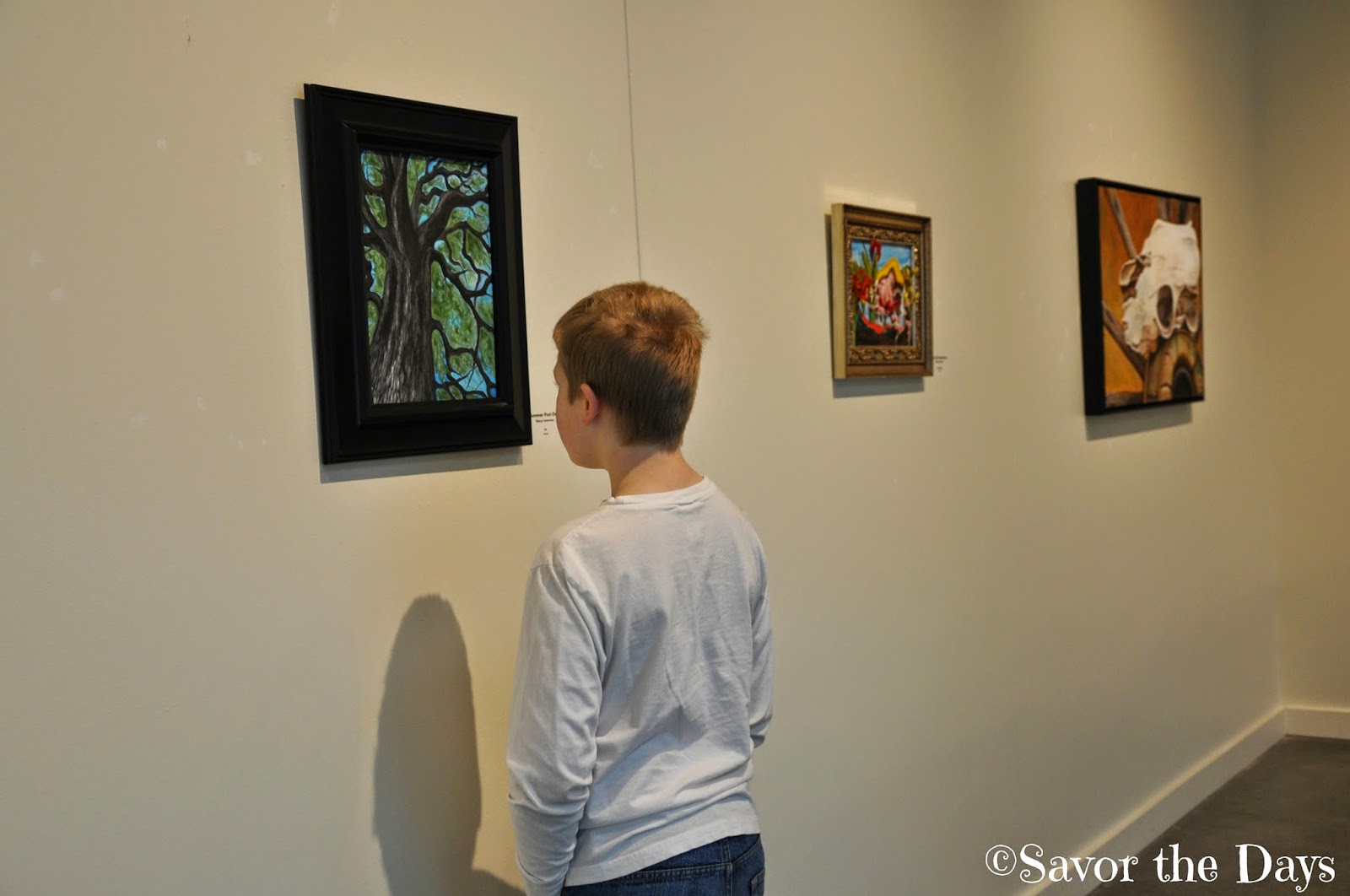 We got to tour some of the different performance theaters and learn about lighting.  The kids loved the disco ball! 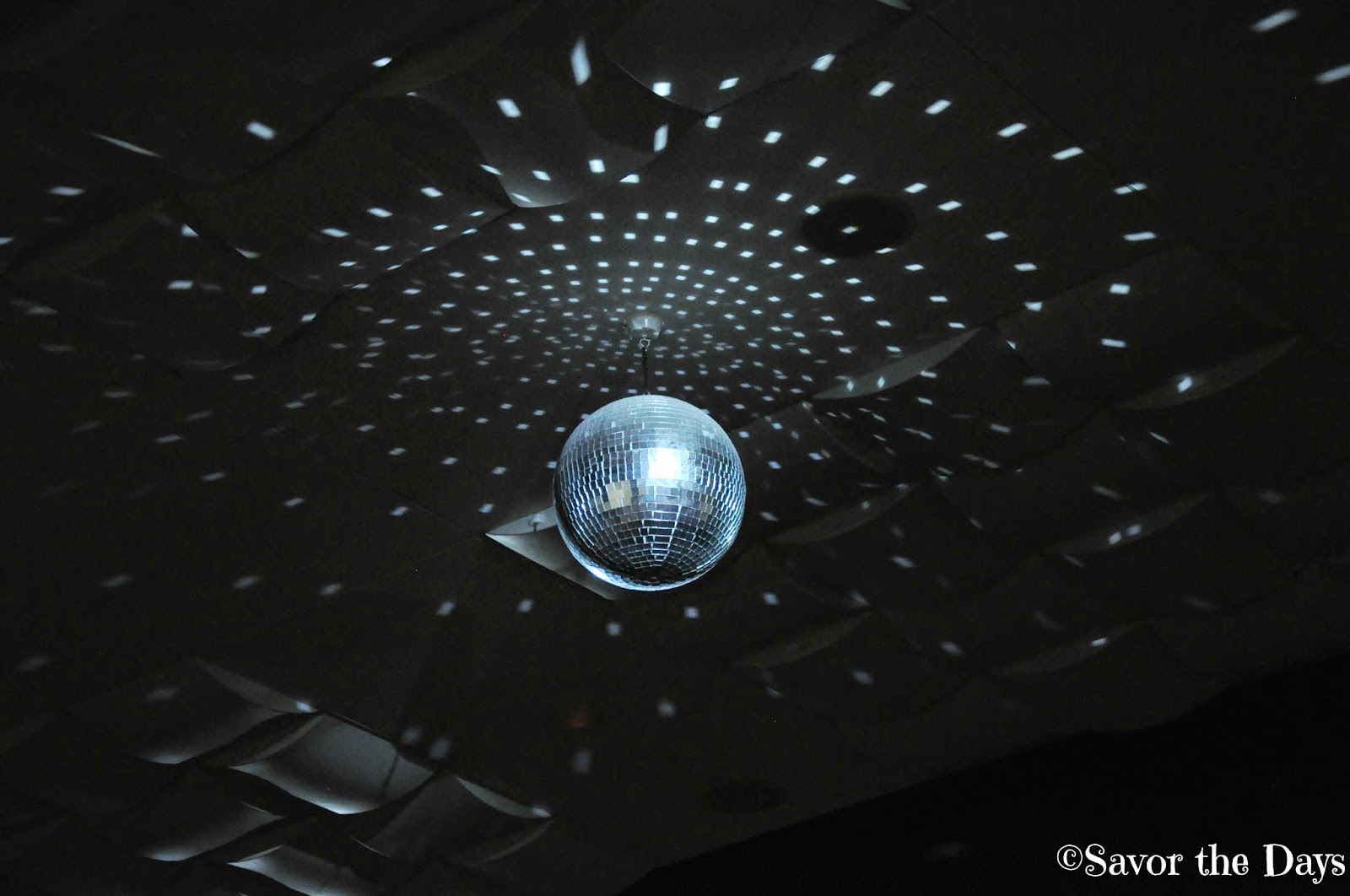 We learned how the tiles on a ceiling can affect the acoustics of the performance. 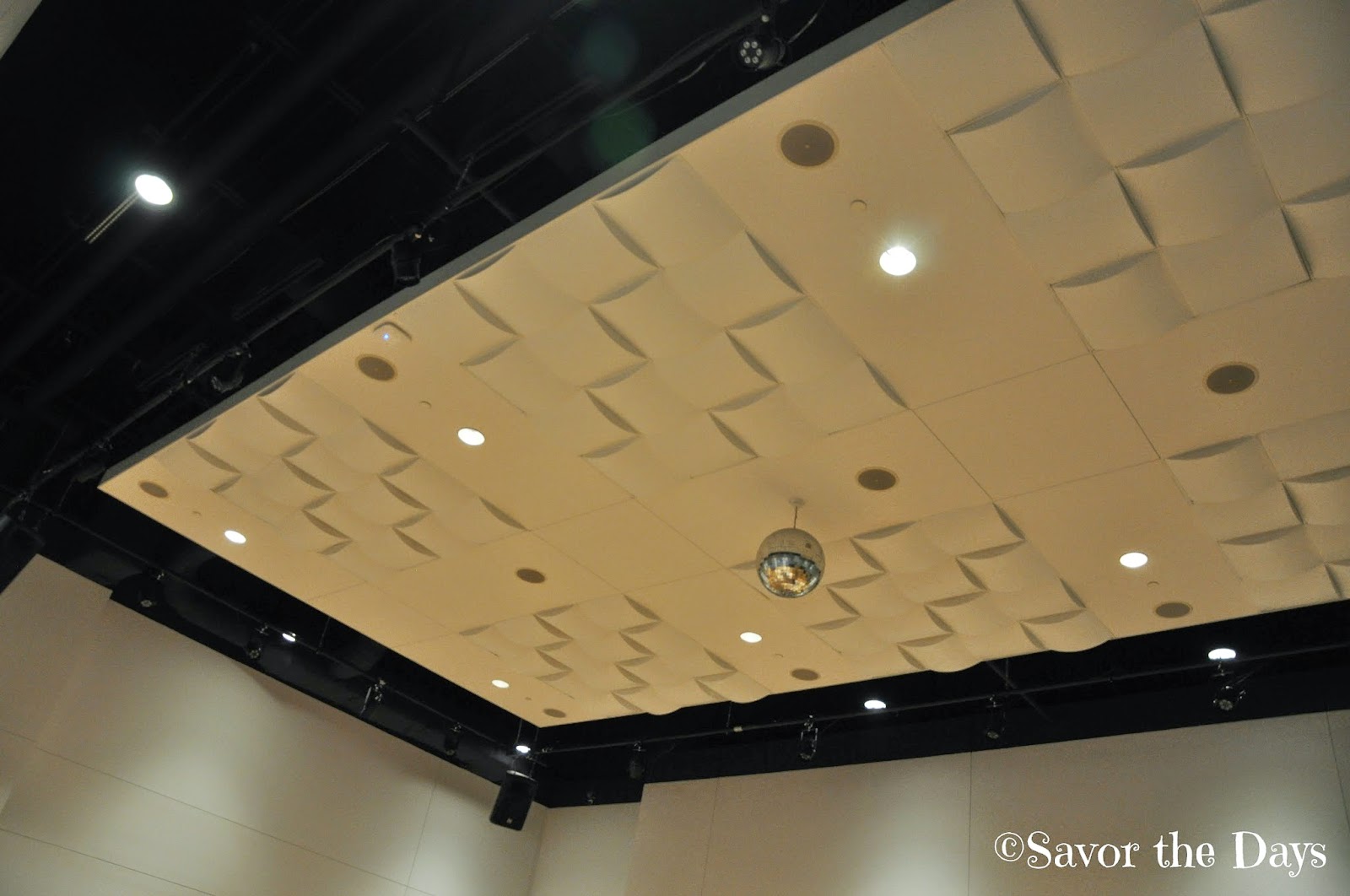 This theater is the Black Box.  It is completely scaled down with black walls and black floor.  Productions can use it in any way they like - the stage and audience where ever they want them to go. 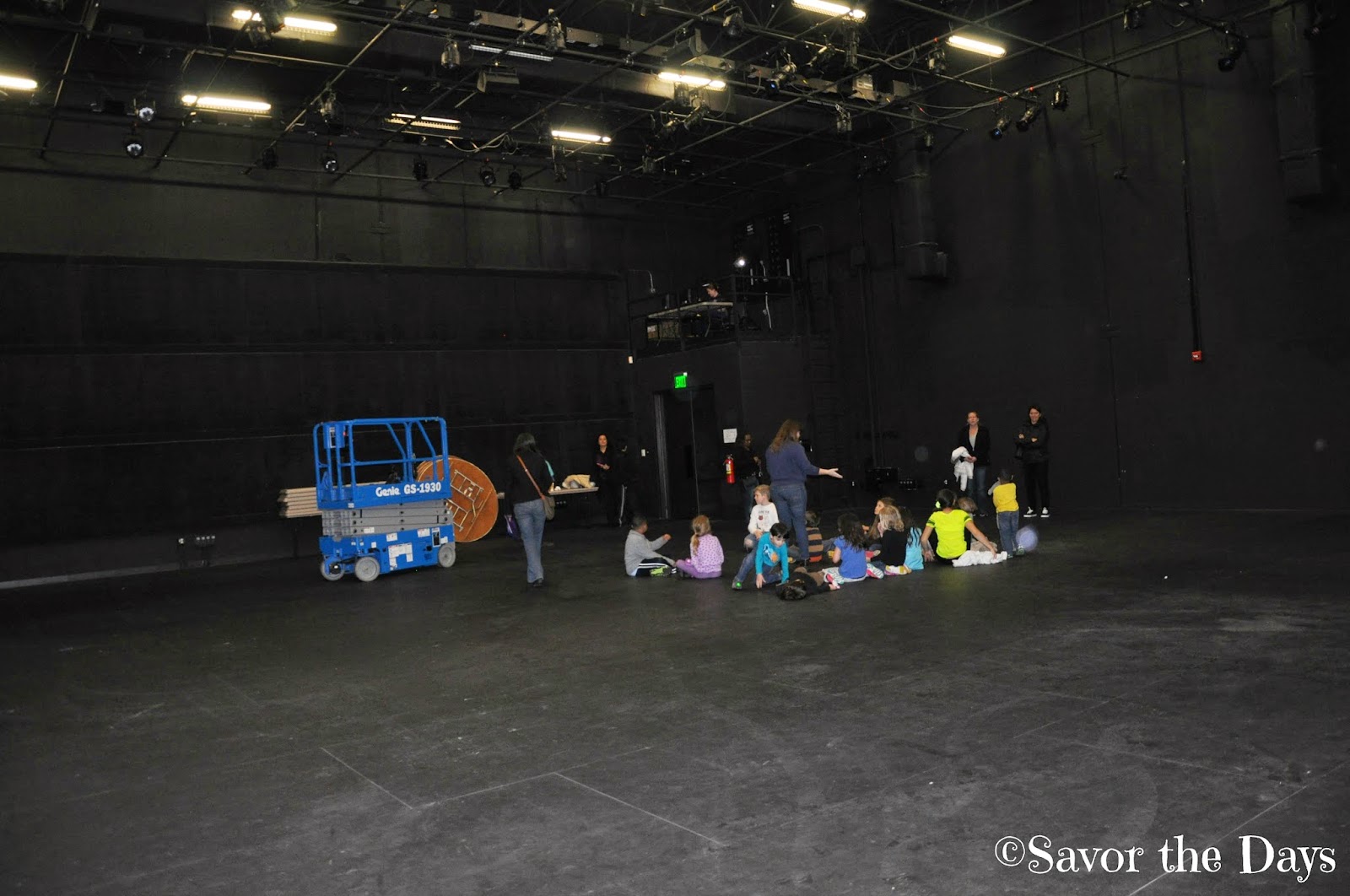 Rachel fell in love with the dressing rooms! 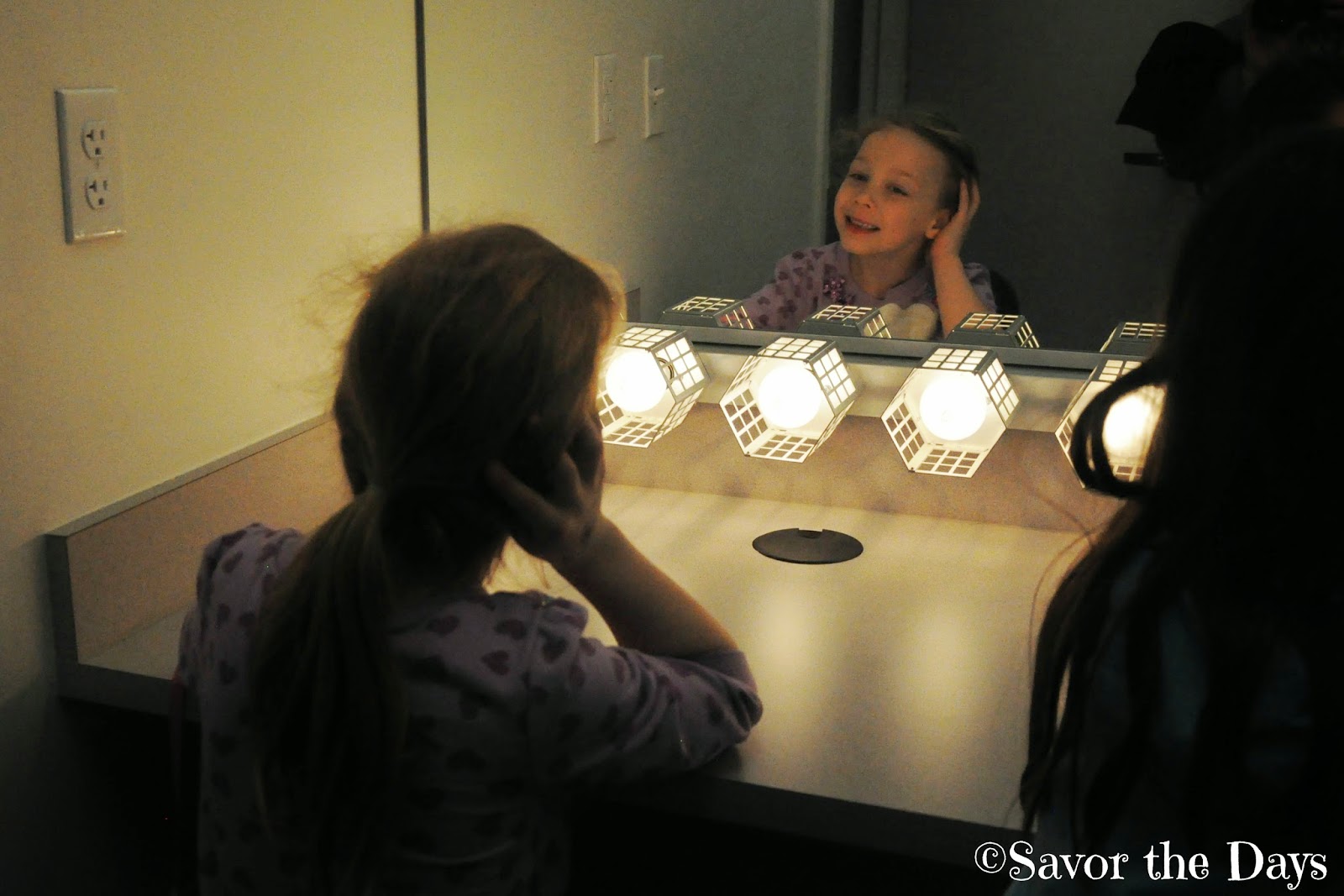 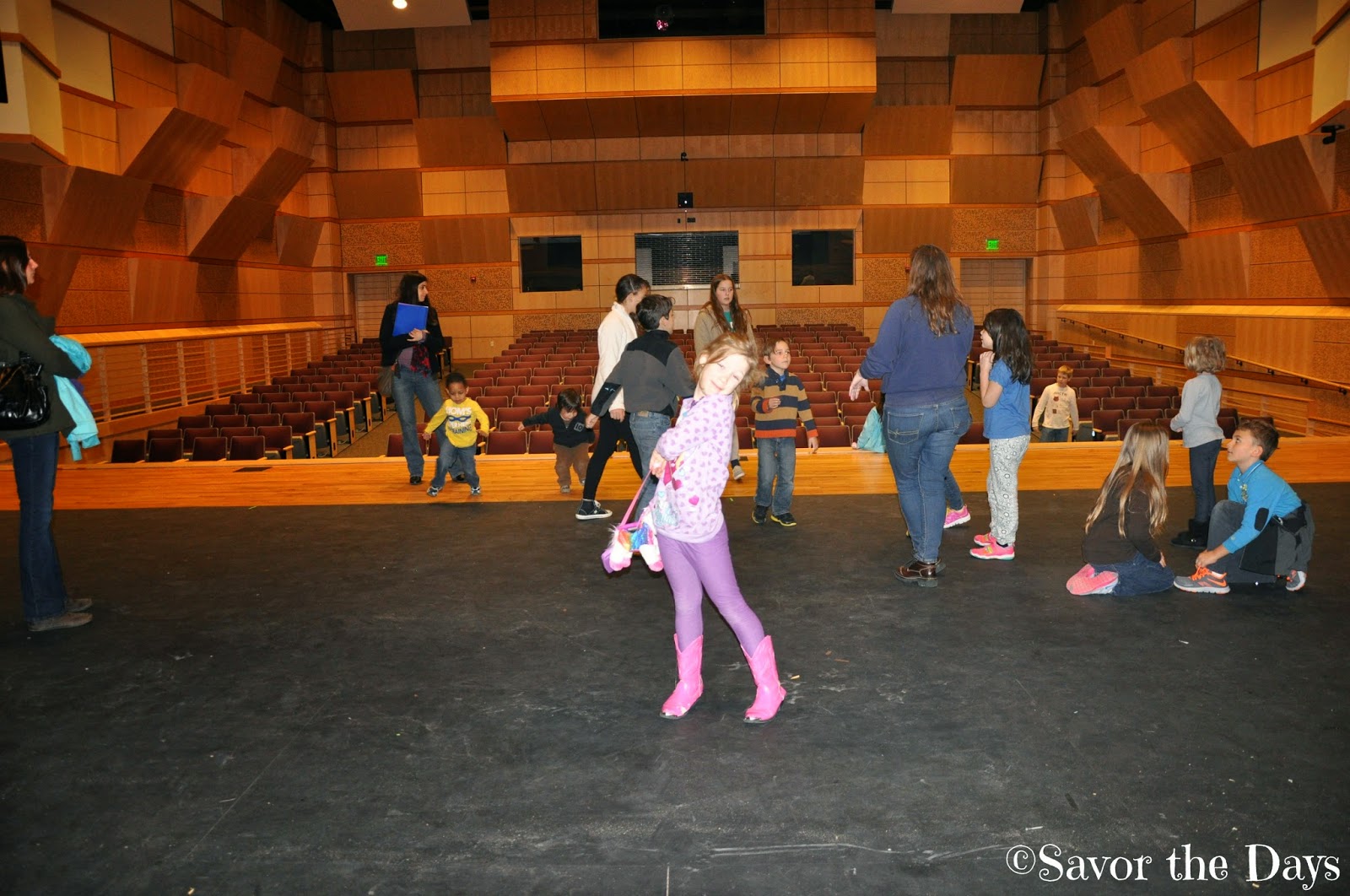 All the kids had fun in the locker rooms.  Who knew lockers were so exciting.  They climbed in and out of them over and over.  We eventually realized that as homeschool kids, lockers were a new experience for them.  :) 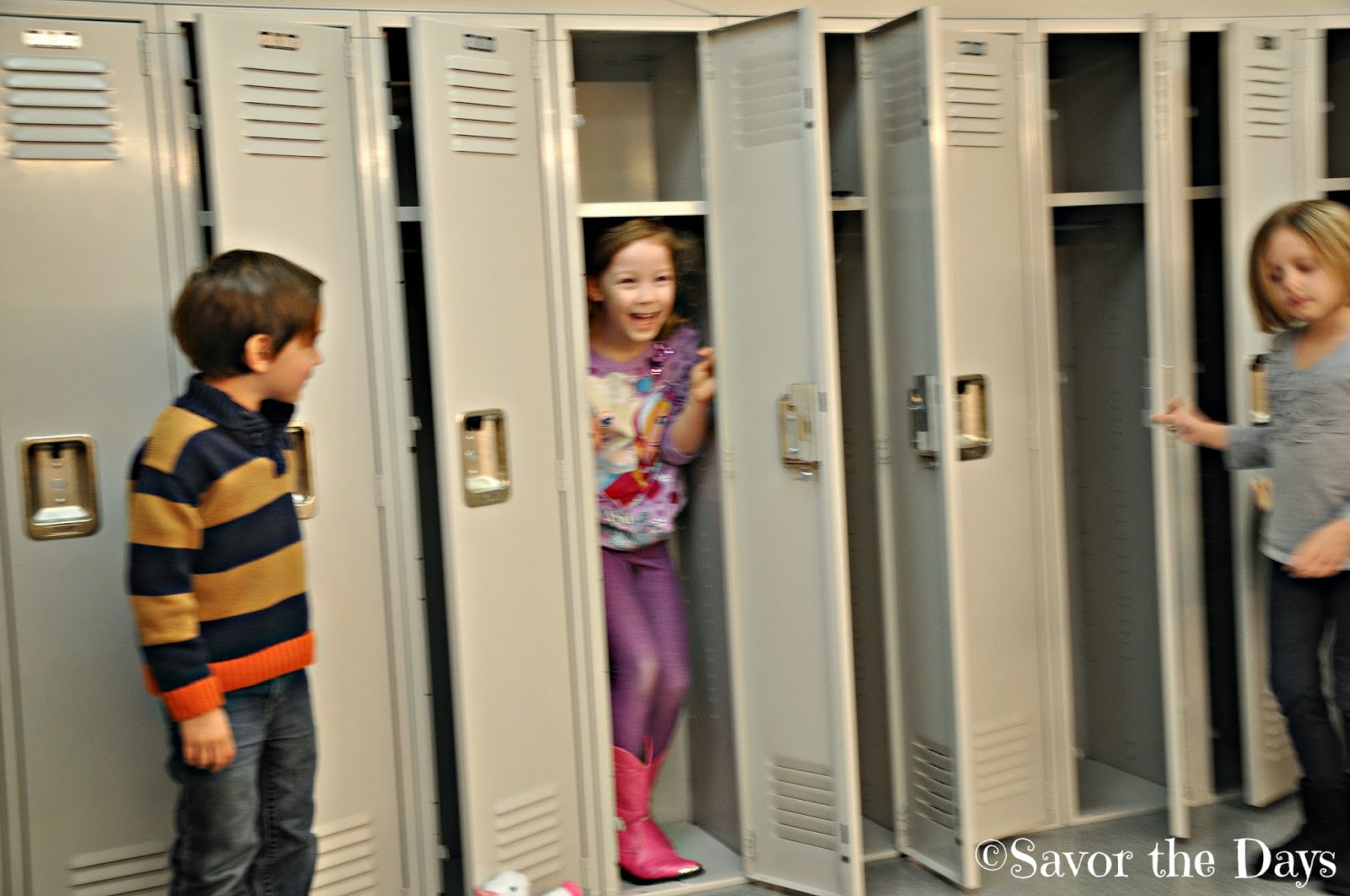