I'm excited about a new homeschool class that we have created and both of the kids are taking it together. We are calling the class Food Science and it is based on episodes and books from Alton Brown's Food Network series called Good Eats.

The original Good Eats show began in 1999 and continued for 15 seasons.  Stuart and I watched a lot of these shows back in the days before children.  Alton Brown is a quirky, sarcastic, fun chef who teaches with science, puppets, and crazy antics.  He makes cooking fun even while you are learning about science. I believe there are 245 episodes so we have plenty of curriculum to go through.  There are three Good Eats books and they have a few pages for each episode of the show.  I found the first two books used for about half the price of new so it was like getting 2 for the price of 1. Yay for used books!

The first episode is called Steak Your Claim and it is all about cooking steak.  What a way to jump right in to cooking!

The kids learned about seasoning the steak before cooking and we looked at, felt, and tasted different forms of salt such as kosher salt, coarse and fine sea salt, and pink Himalayan salt.  Alton recommends using coarse kosher salt for steak. 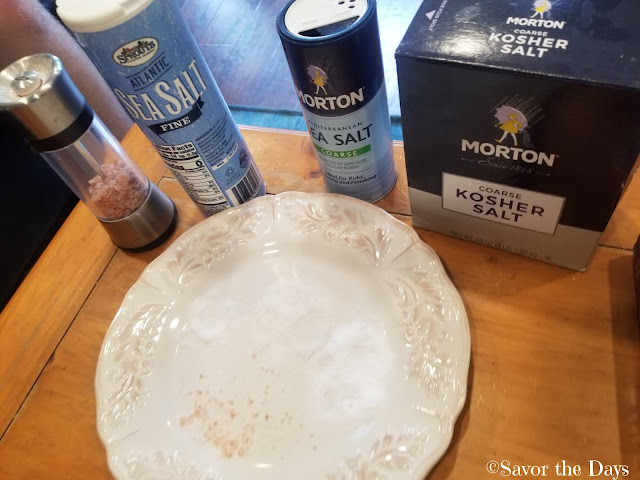 Alton talked about the different cuts of meat and where they are located on the cow.  We took the kids to the grocery store to look at different cuts of steak in person.  We looked at the cut, marbling, and price for different kinds. 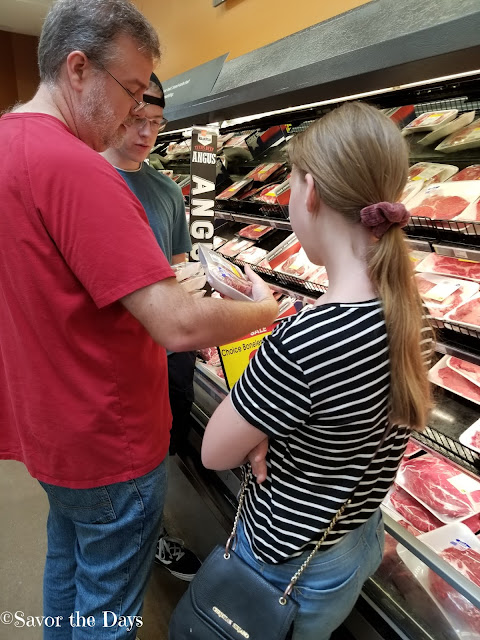 Then we picked out the supplies for the lab portion of the class!  Some really nice rib eyes! 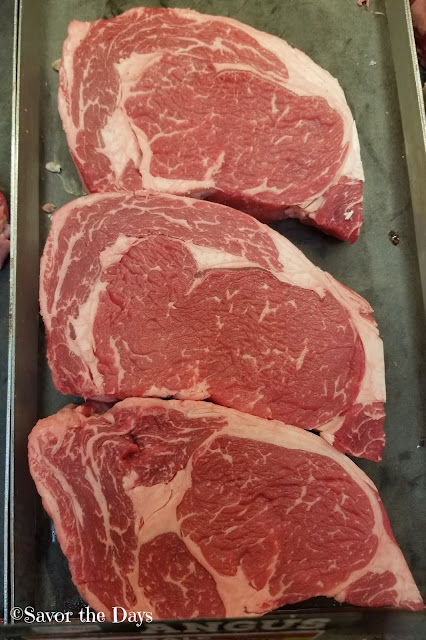 Alton also talked about food safety and cross-contamination which is important to be aware of when you are cooking anything so I'm very glad he covered this in the very first class. 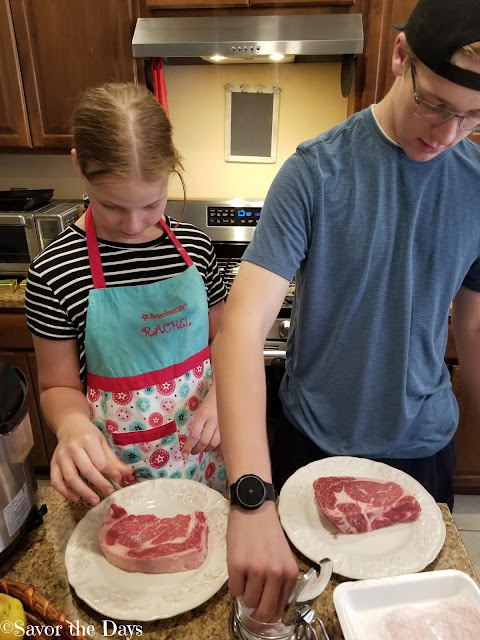 Alton also talked about different types of oils and their smoke points and we picked out peanut oil for the kids to use on their steaks. 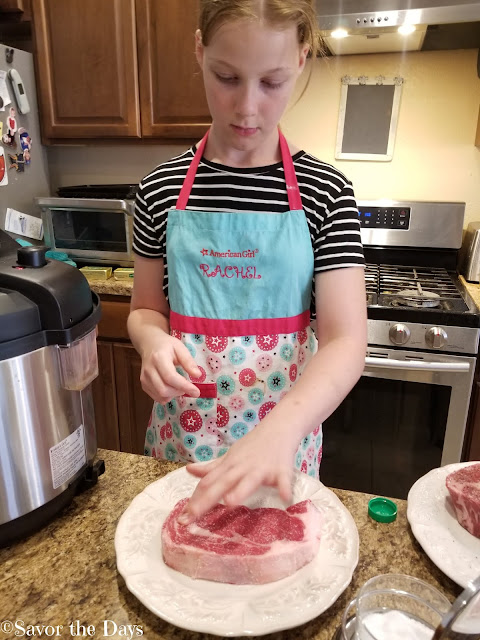 A little salt and pepper and they were ready to go! 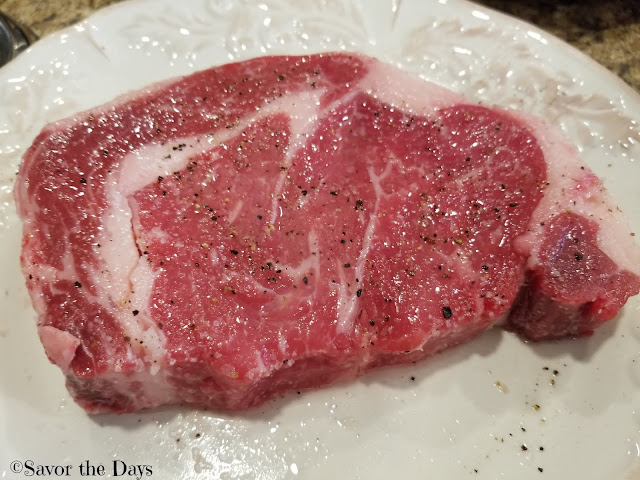 They each cooked their own steak on cast iron pans that could go from the stove to the oven.  They first seared each side for about 30 seconds. 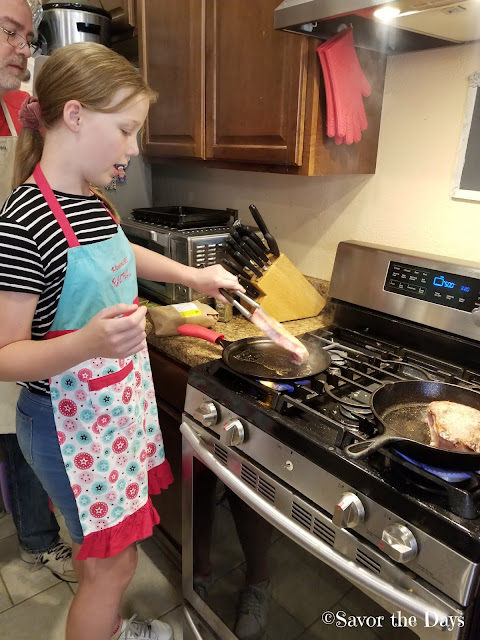 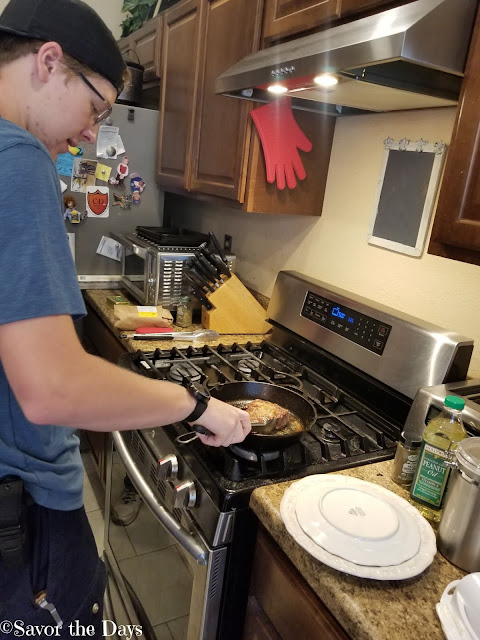 Then they placed their steaks in the over at 500 degrees for 2 minutes, then flipped them for another 2 minutes. 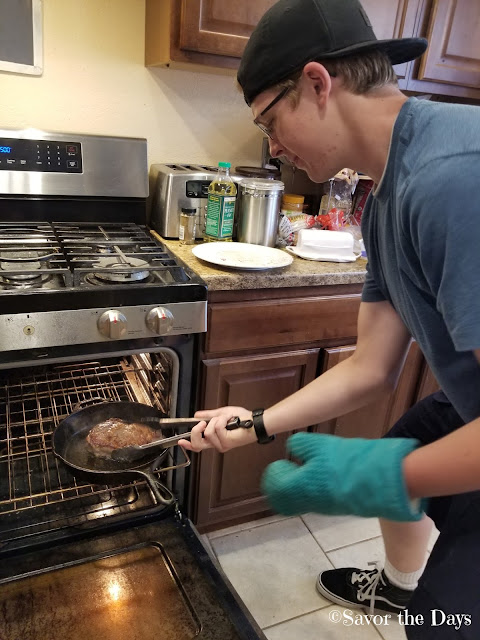 The steaks were beautiful and they smelled delicious but they were thick so the thermometer said they needed a little more time. 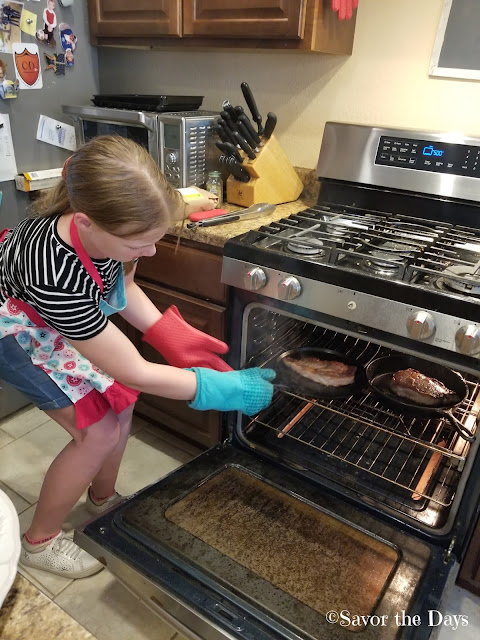 Look at this!  Perfect! 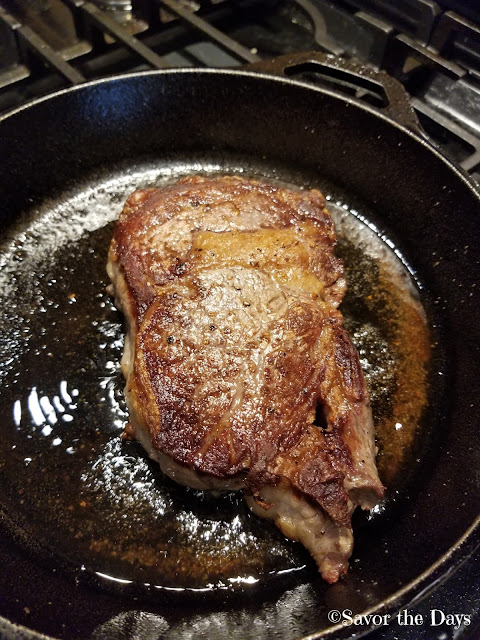 Both kids were so proud of what they had cooked. 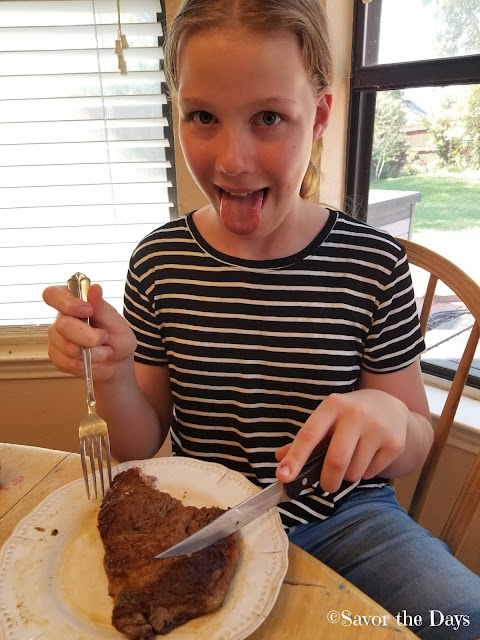 I think I'm going to enjoy this class as much as the kids.  I love that they are learning good cooking skills.  We will also have health and nutrition lessons throughout the course to talk about planning healthy menus, natural vitamin sources, protein vs carb vs fat, etc.
at August 30, 2020
Email ThisBlogThis!Share to TwitterShare to FacebookShare to Pinterest
Labels: food, homeschool